This morning we could sleep in but it didn't quite work out like we planned. The beds in the lodge were atrocious and the pillows were no better, and it didn't help that the bed were squeaky and a room full of snorers. We didn't plan any riding for today as we would just chill out in Queenstown for the day. After breakfast Geoff, Wayne and myself rode out to the shot over jet ride. Dave decided he needed to punish himself with a mountain bike ride. Screw that with these big hills I thought.

We had a 9:30 booking on the shot over jet. They have been running since the early seventy's and Wayne actually rode one of the original 5 seater boats way back in the day. We couldn't have asked for a better day to do it the weather was perfect. It was predicted to get up to 29°C today which would be hot for down here in Queenstown. 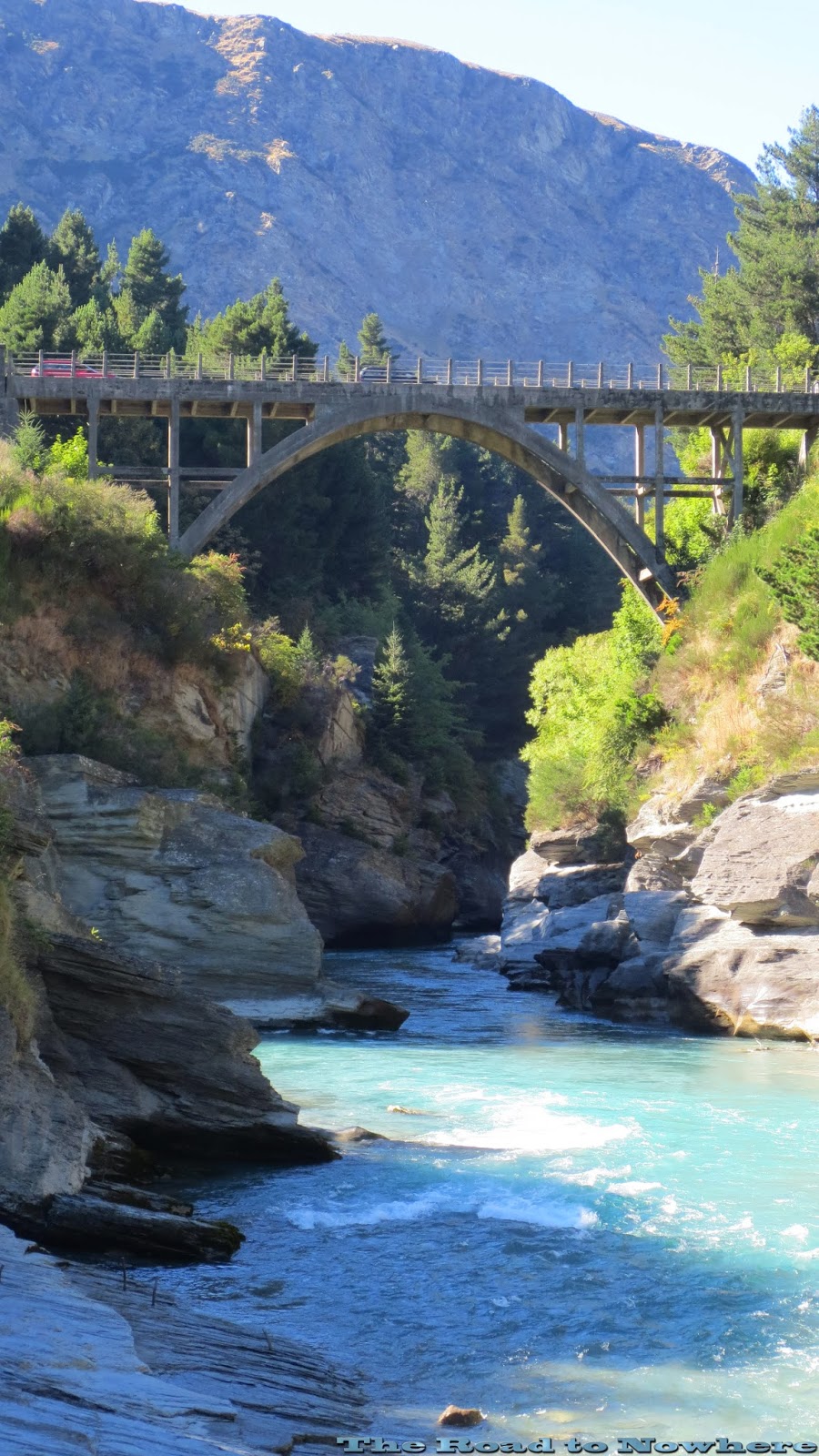 The shot over jet boats have 2 x V8 350" Chevy engines with 800hp and can run in only 4 inches of water. The driver of our boat Wayne, said "If you go in less then 10cm of water you have to get out and push", but he didn't want us to have to push the boat. Thanks mate. The jet boat ride was heaps of fun in the very beautiful and picturesque shot over river with those narrow canyons.

You couldn't wipe the smiles off our faces after the ride, it was top fun. We had a coffee and muffin at the cafe and sat there listening to those loud V8 motors punching up and down the river.

Here's a short clip below of some of the fun we had on the ride.

After this we didn't have anything planned so we decided on a ride up to Coronet Peak ski fields and have a look around. I hadn't paid much attention to this as I was planning our trip so this was one of those unexpected wins. The road up to Coronet Peak is one of those great motorcycle rides, a steep winding mountain road in every sense of the word, dangerous and beautiful all in one. 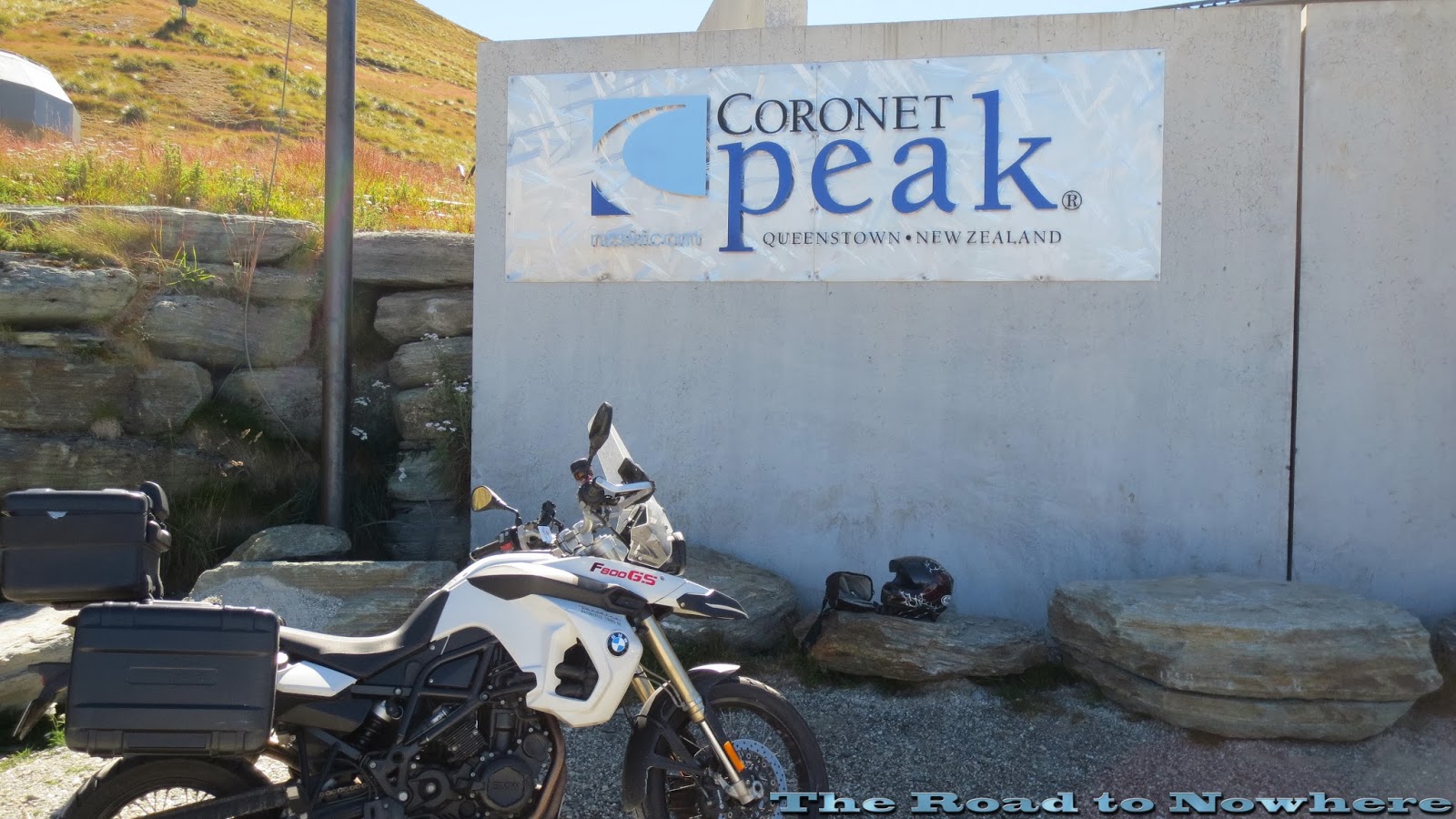 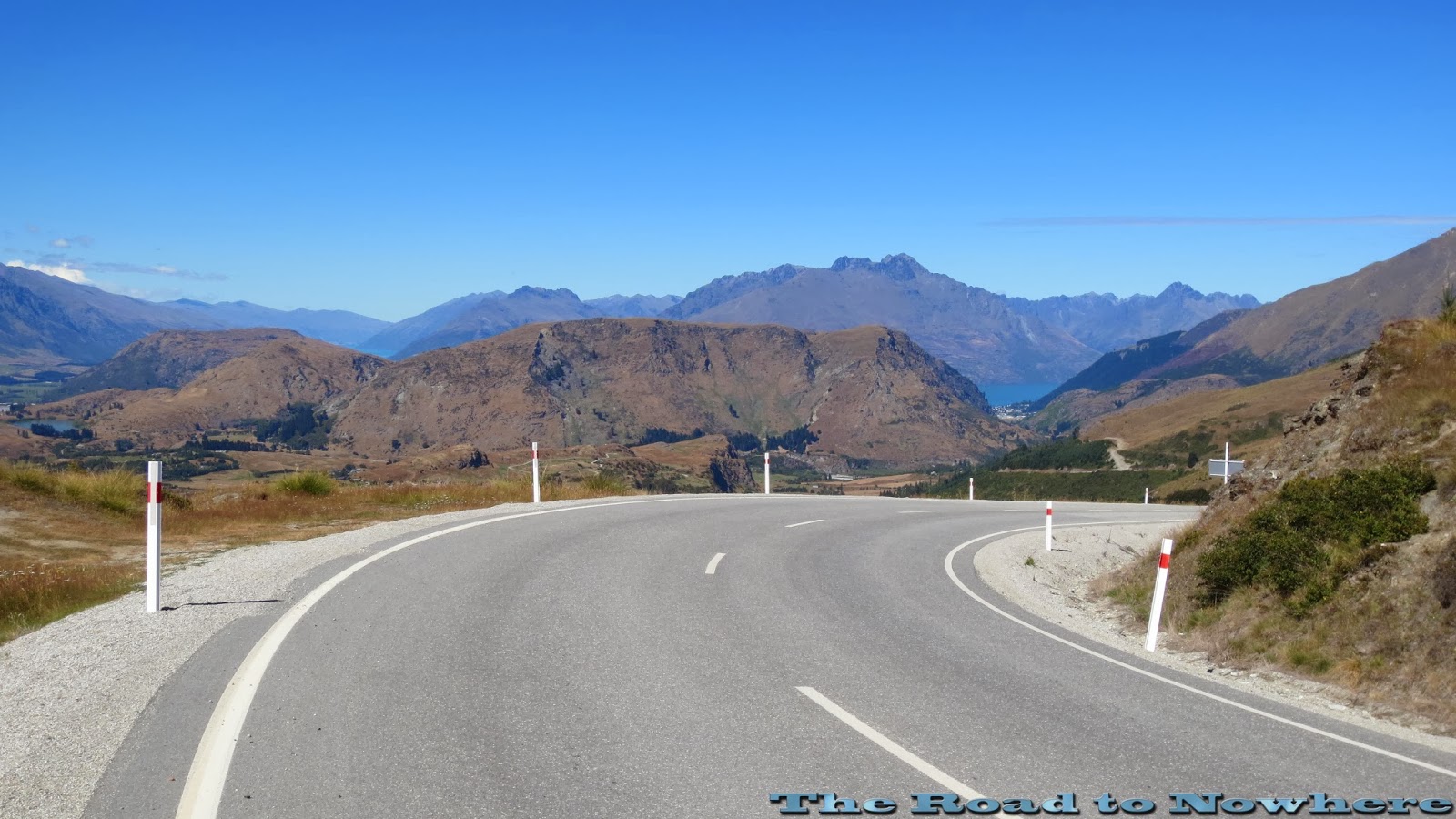 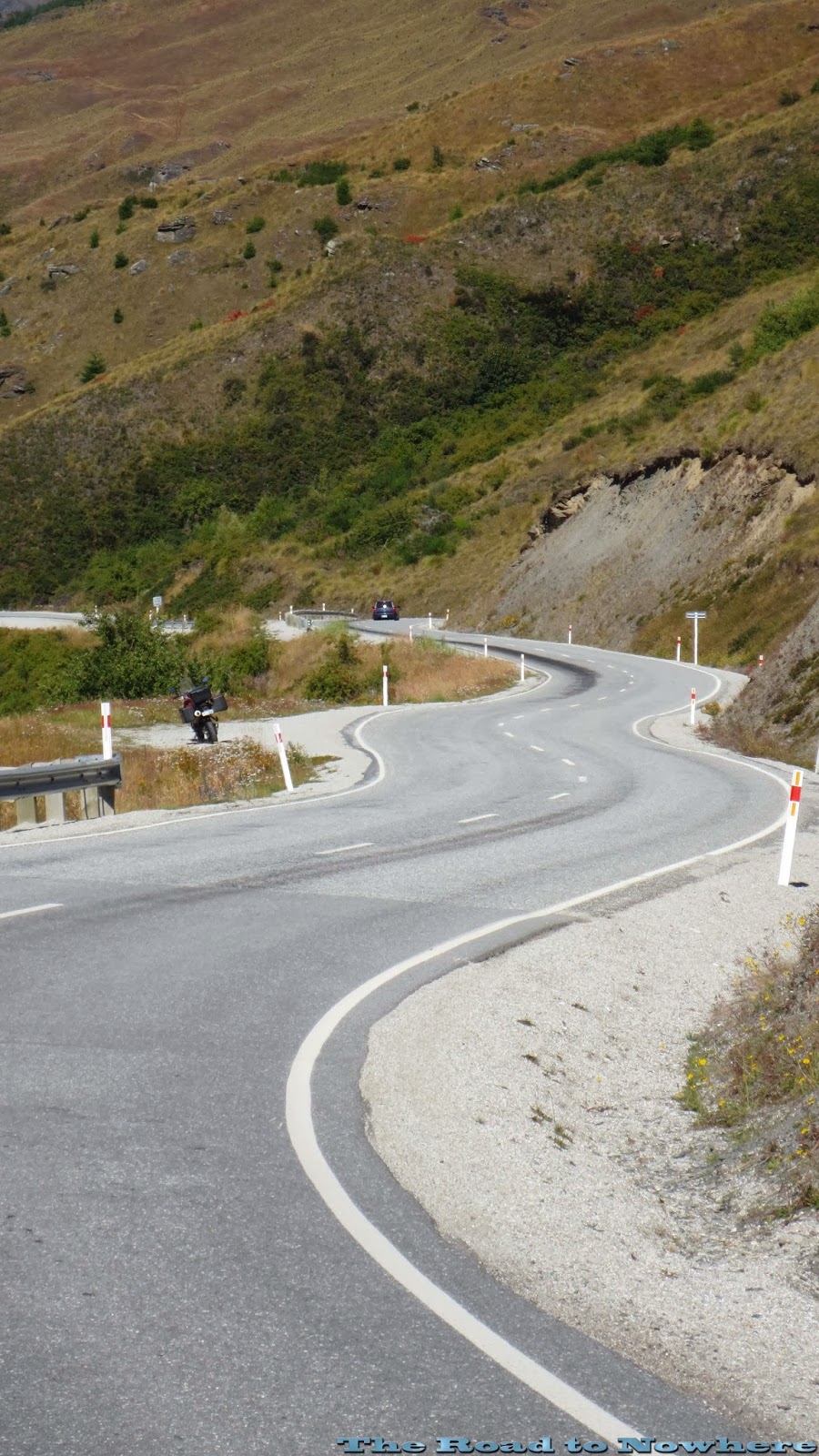 You don't want to get it wrong here otherwise you'll go sailing off the mountain, literally. There are no railing or barriers on some of the bends as the above pic shows. It has some of my favourite type of bends as the picture to the right shows. I love those quick flip flop bends that go for ages. This was so much f-ing fun I could do this again. And this was a day when we were meant to be taking it easy and relaxing. The road is only 8.5kms long but the whole thing is great, a bit like Macquarie Pass back home but without the traffic and with a wider road and a much better view. 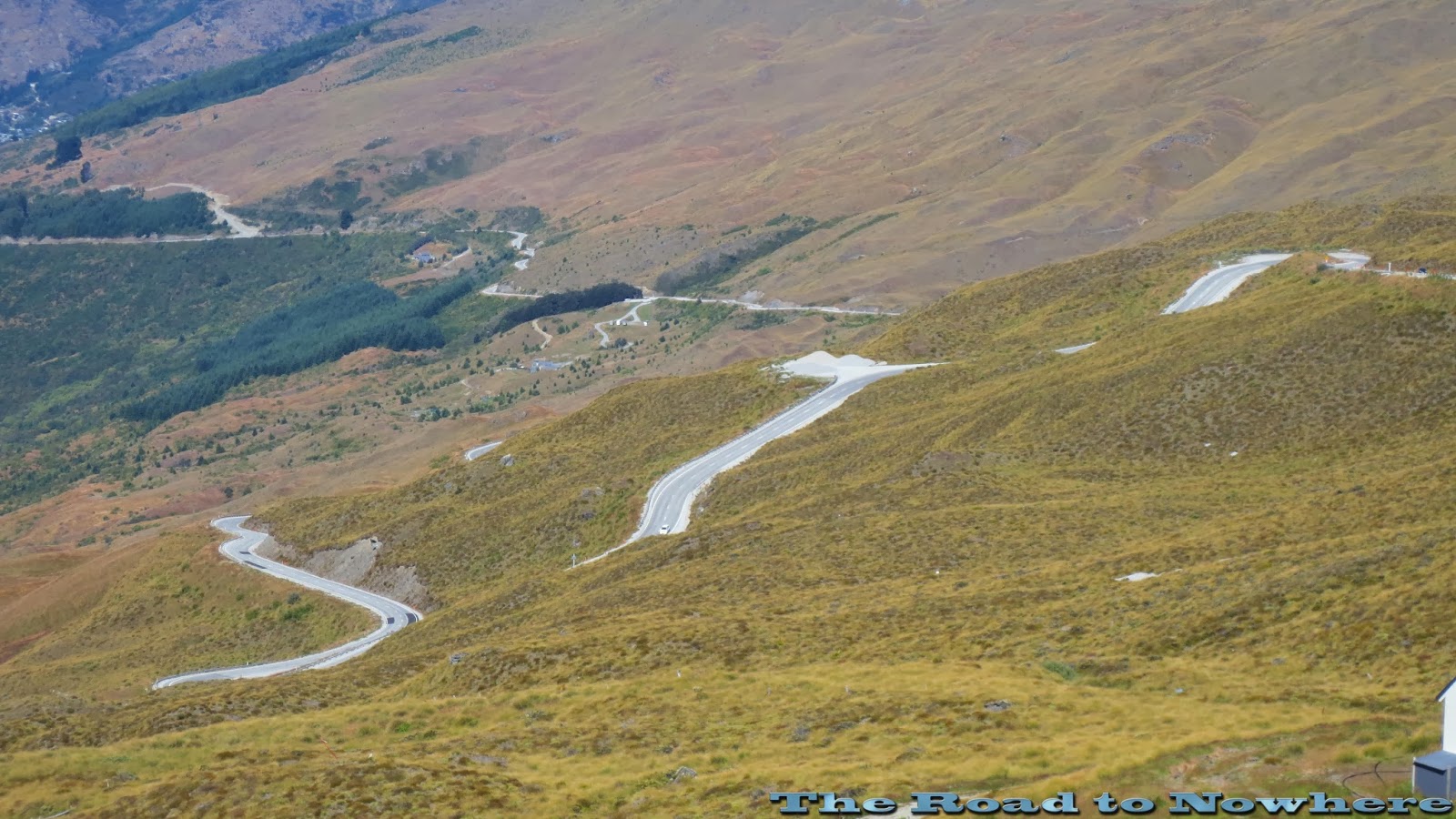 When we got to the top where the ski lodge was we noticed that there were people up here doing paragliding from the peak. This must have set the seed in Geoff and Wayne's minds for what was to come later. The views up here were magnificent you could see from Queenstown to Arrowtown and the road winding up to the remarkables. Absolute beauty.


We headed back into Queenstown to the Lodge. Just having a drink out the front we saw a lot of para gliders coming down from the Gondola and landing in the field next to our lodge. Then Wayne and Roosty decided they would book a go on it too. I wasn't really interested in throwing myself off of the mountain so I would come along for a look and record it for the coroner's report.

As it turns out they had booked on the para glide school that goes from Coronet Peak. You mean I'm going to have to ride back up Coronet Peak road again. SHIT!!!! Let me put the slicks on this time will you. Hahahahhahahah. Que maniacal laughter.

The bus picked them up at about 2pm, I'd just put our washing in the drier and headed up to meet them at the top. I passed the bus half way up the road, which gave me plenty of time at the top to get the camera ready.


With Wayne and Geoffro deciding that they would throw themselves off coronet peak for a laugh, I wasn't about to do that so I became the official photographer for them, I had 2 cameras, and 2 camera phones to take photo's with, unfortunately I only had two hands. Wayne had a digital SLR camera so I ditched most of the other cameras to use this as it would get the best photos out of all of them.


After both Wayne and Roosty had taken off, I'd packed the camera's away and got ready and raced off down the mountain. I was trying to get to the landing zone before they landed. A tall order you may think it was about a 15km trip down a winding mountain and back along the main road, but I managed to get there about a minute before Wayne landed and got some good pics of him landing. Unfortunately for me they were on his camera and not mine. They got some great video of their flight on the gopros that the instructors were filming them with.

After the para gliding Wayne wanted to head back to the room and catch some sleep. When we got back there Dave's bike was missing. I bet he thought that I went to Glenorchy and headed out early to find me. Roosty and I decided that we would head out to Glenorchy and hopefully meet up with Dave.

What can I say about the Glenorchy road that I haven't said before. It winds its way along lake Wakatipu, which today was showing off its aqua blue colours in real style. The road briefly leaves the lake to wind through a forest before returning again and winding its way along up and down along the lake until you come out at the Glenorchy village. Some of the best riding of the whole trip was along here with some of the best views. It sure was New Zealand at it's best.

We rode into Glenorchy and straight past the pub, I could see a familiar looking Triumph Explorer parked under a tree at the local cafe down the street. We continued down to the waterfront for a photo with the most famous boat shed ever. It turns up in every one's photos when in Glenorchy. 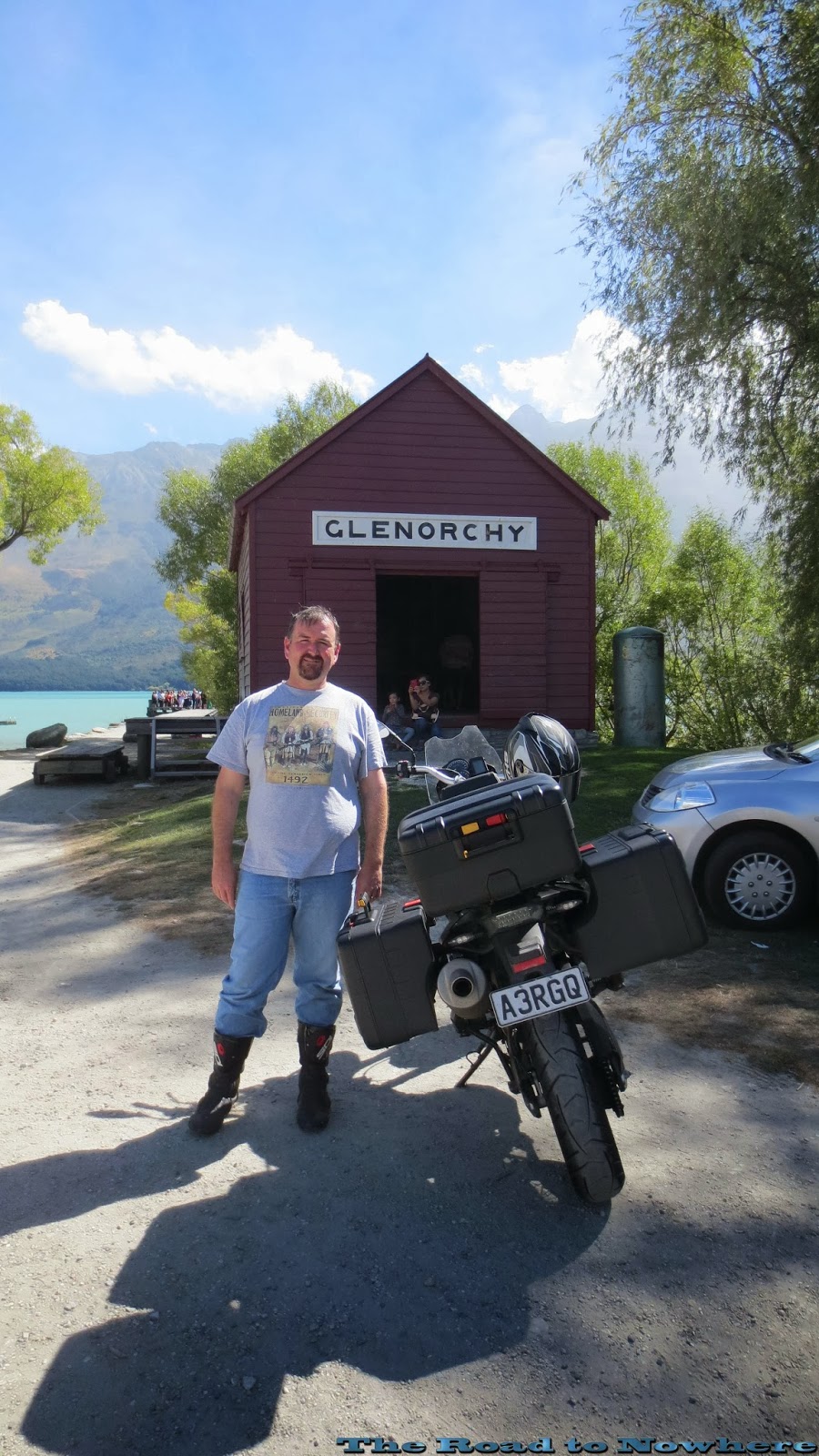 There was a wedding happening out on the end of the pier so we couldn't really go out and crash it for some photo's. We went back to the cafe and met up with Dave and had a cool beer in the back of the cafe in the gardens. We swapped stories of mountain biking for para gliding and jet boating. 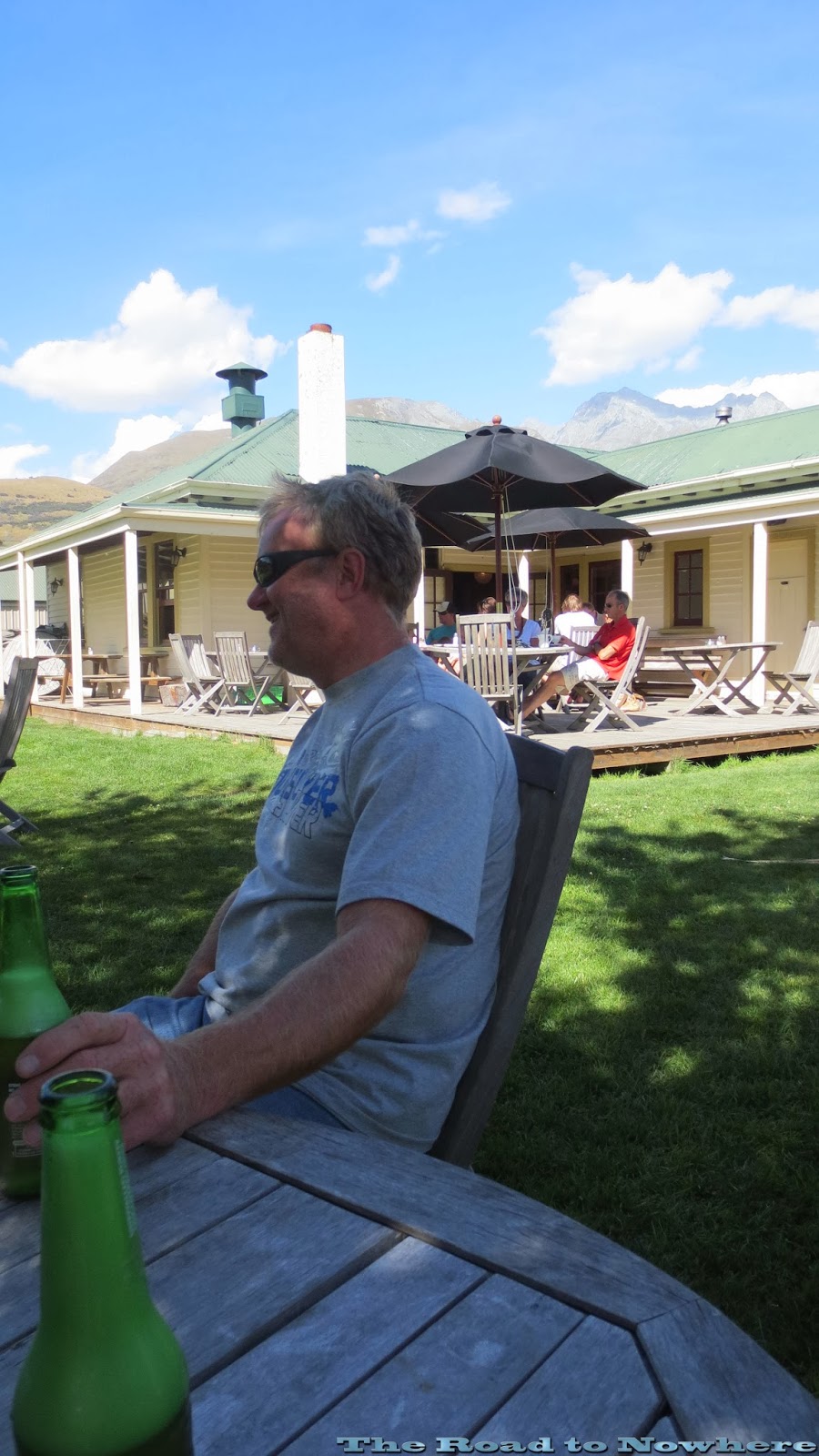 We could have sat here all afternoon but we had to get back to Queenstown for diner and drinks. The trip back was another fun ride along the lake. The temperature along here was about 26°C according to the temp gauge on the bike. When we rode through the forest the temp dropped down to 20.5°C which was nice and refreshing, as soon as we popped out on the other side the temp quickly climbed again to 26C. It quite amazing how much temperature difference there was.


For a day where we were supposed to be relaxing we sure did some fast, fun riding, but luckily they were only short rides and we have had amazing weather to do it in too. I wonder if the weather will hold up for Milford sound tomorrow. It's supposed to rain there 465 days a year apparently.


Here's the ride out to Glenorchy, its only 46km's each way, but its fabulous at that.