Just got the bike out today after getting back from New Zealand on Friday to go for a short ride and get some fuel. After I folded myself onto the little R1 which felt like a little toy after riding the big BMW F800GS I took a quick spin around some local roads. By jesus the R1 felt like a rocket - a race bike with lights more or less. I noticed also how bad our roads are here in NSW after those sweet NZ roads. Maybe there is something to these comfortable bikes after all. NZ ride report to follow soon.

I thought it prudent that I purchase myself a new dririder outfit before we head to NZ as my old one must be approaching 15 years old or more. My old dririder didn't leak last time I used it but I don't think I want to chance it. A kiwi I met recently said that I should upgrade as it doesn't just rain cats and dogs in NZ it rains cats and dogs, cars, houses and small continents.

I didn't need to think about it too long as Milford Sound gets over 7 meters of rainfall each year. Yeah that's lots of cats and dogs. 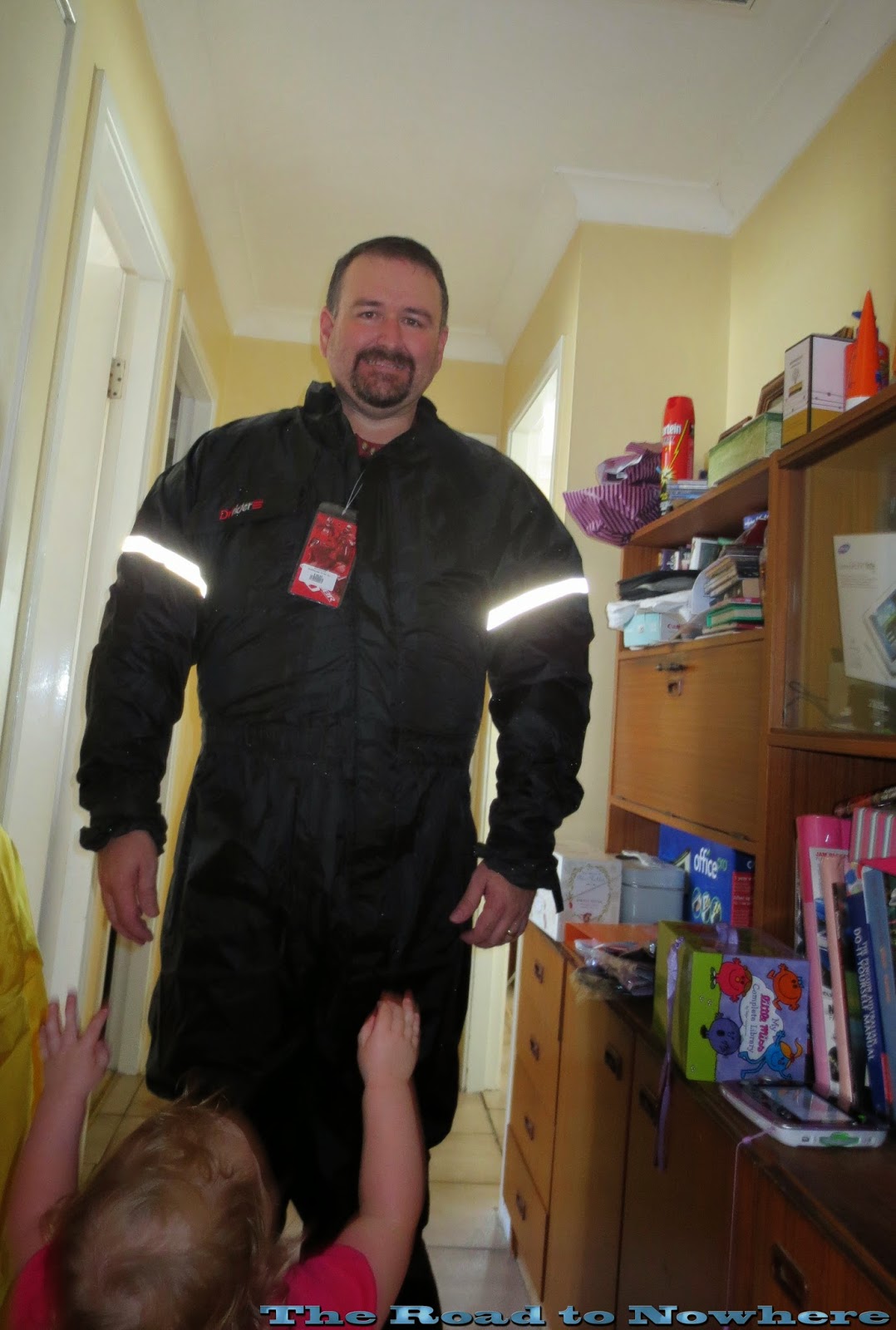 Email ThisBlogThis!Share to TwitterShare to FacebookShare to Pinterest
Labels: Dririder

Short ride in the Blue Mountains

I've ridden through the Blue Mountains many times usually going somewhere else but today I decided I'd go for a short ride around the Blue Mountains and have a look at several of the lookouts. It was going to be 33°C today so what better place to go to, its about 10°C cooler up in the mountains.

For the non Australian readers the Blue Mountains is a dissected Plateau carved out of sandstone bedrock. The mountains range are not very high as far as mountains are concerned and range up to around 1189m (3901 ft) and have precipices dropping away suddenly of up to 760m (2493 ft). Eucalyptus trees grow throughout the valleys of the ranges and the oil released by these into the atmosphere creates the blue haze which the mountains are named after.

I'd first turned off the Great Western Hwy at Wentworth Falls and checked out some of the lookouts along here. The views were sensational.

After Wentworth Falls lookout I headed back to the great western and on into Leura where I turned off and headed down around Cliff Drive which winds its way around the cliff faces until it comes out at Echo Point with the famous 3 sisters. 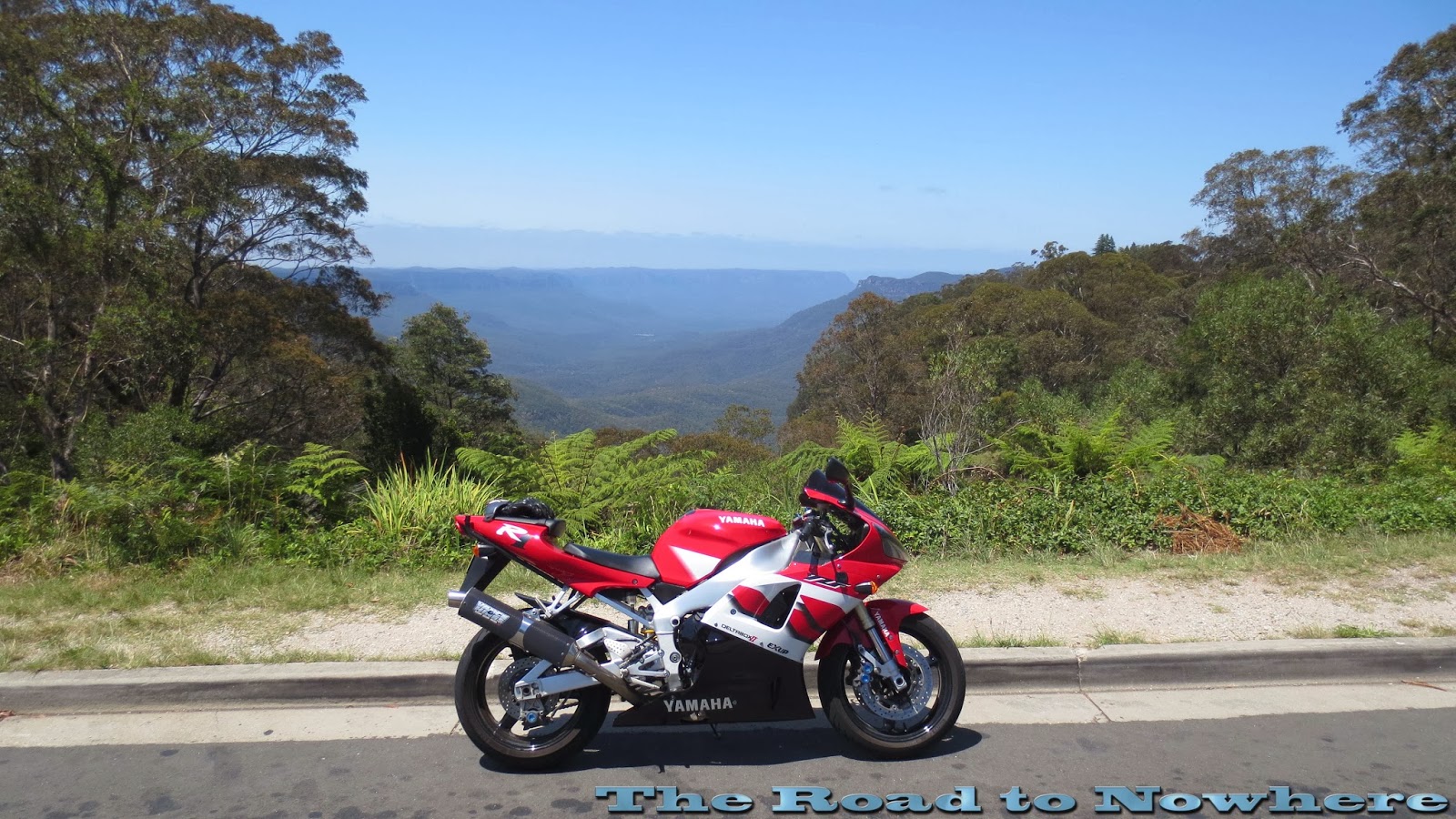 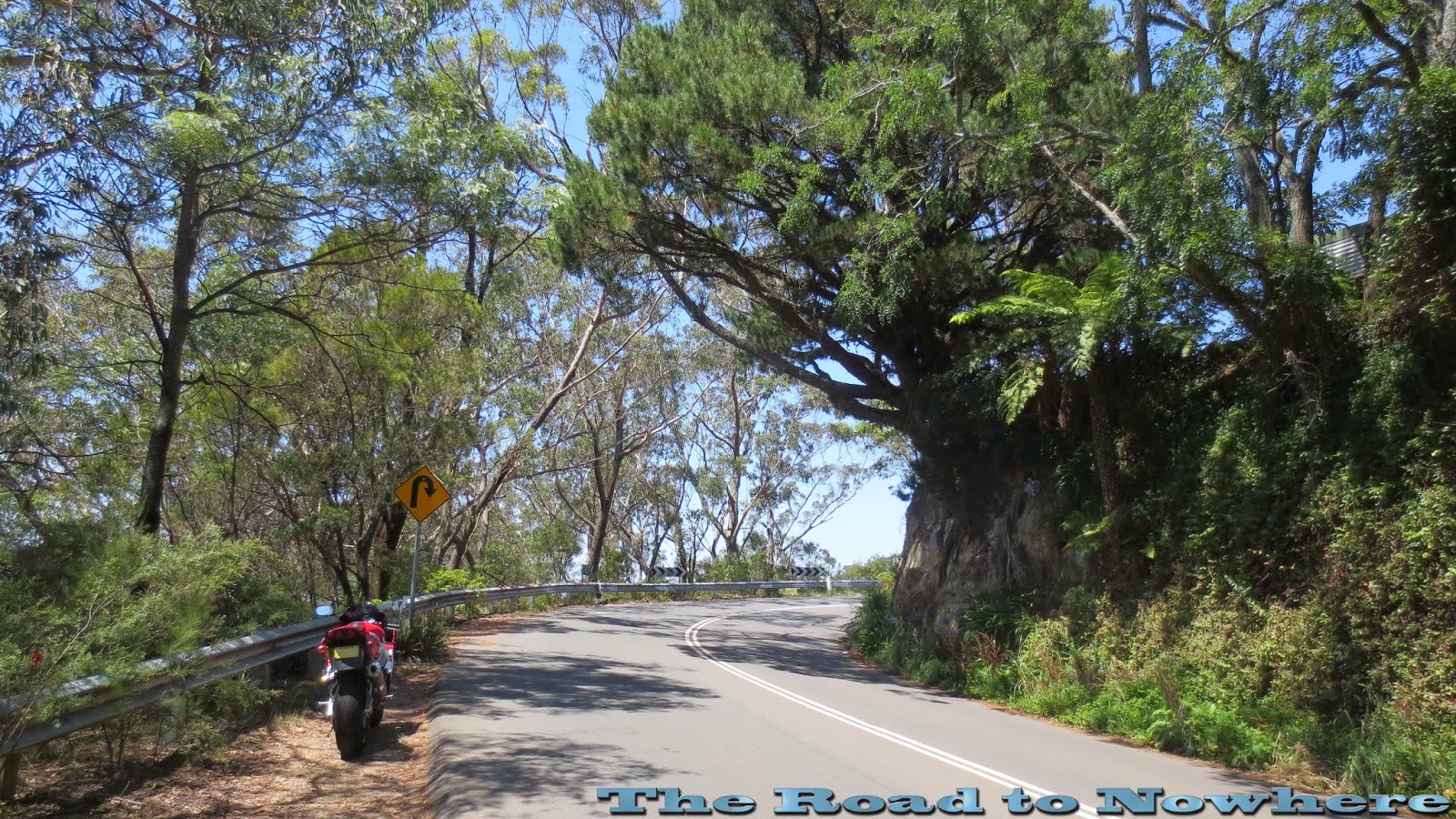 I had to park the bike and walk down to the viewing platform to take in the views of the three sisters. If your not in the know the 3 sisters are three rock formations that tower above the Jamison Valley. This is one of the most visited tourist attractions in the blue mountains and it was very busy today. I don't normally like touristy spots like this but I made an exception.


I was standing next to a family and I recognised their kiwi accents and started chatting with them. They were from Wellington but had moved to Brisbane recently. Lovely people they were. The father said to me "Hey you been arrested yet" Looking at my jacket. I said "luckily we don't have those ridiculous laws here thankfully". His wife was wondering what her husband was getting at then she noticed my boots and jacket. Then she said" I hope they don't have any spy cameras here otherwise when we get back to Queensland we could be arrested for hanging with bikies". I had a big laugh when she said that.

Continuing on from Katoomba I went past the old Hydro Majestic building at Medlow Bath. It's been shut for years and it is having reconstruction works done. The views out the back are amazing. I eventually turned off just before Blackheath and went and had a quick look at Evans lookout. Again amazing views of buffs and vistas. 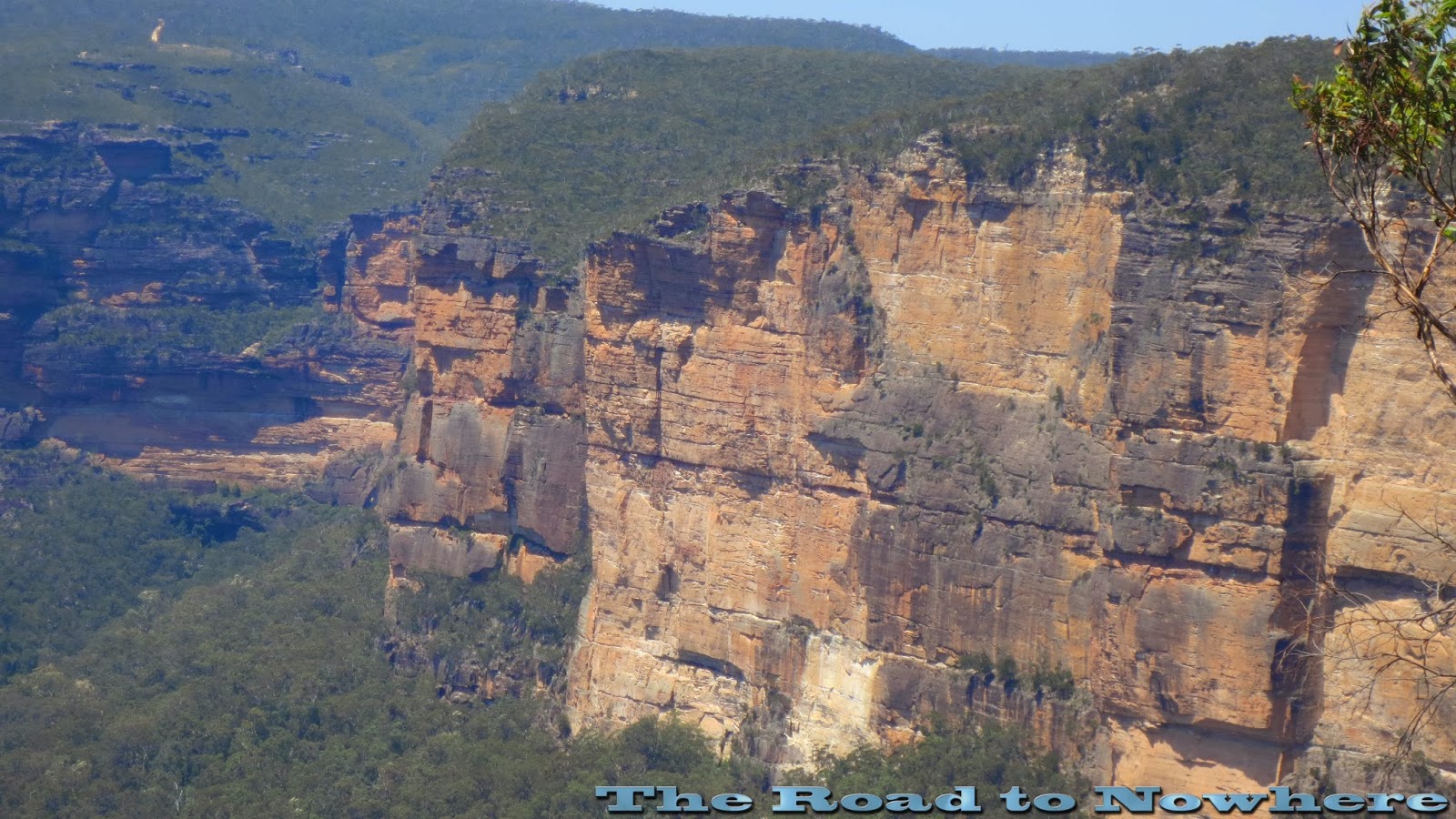 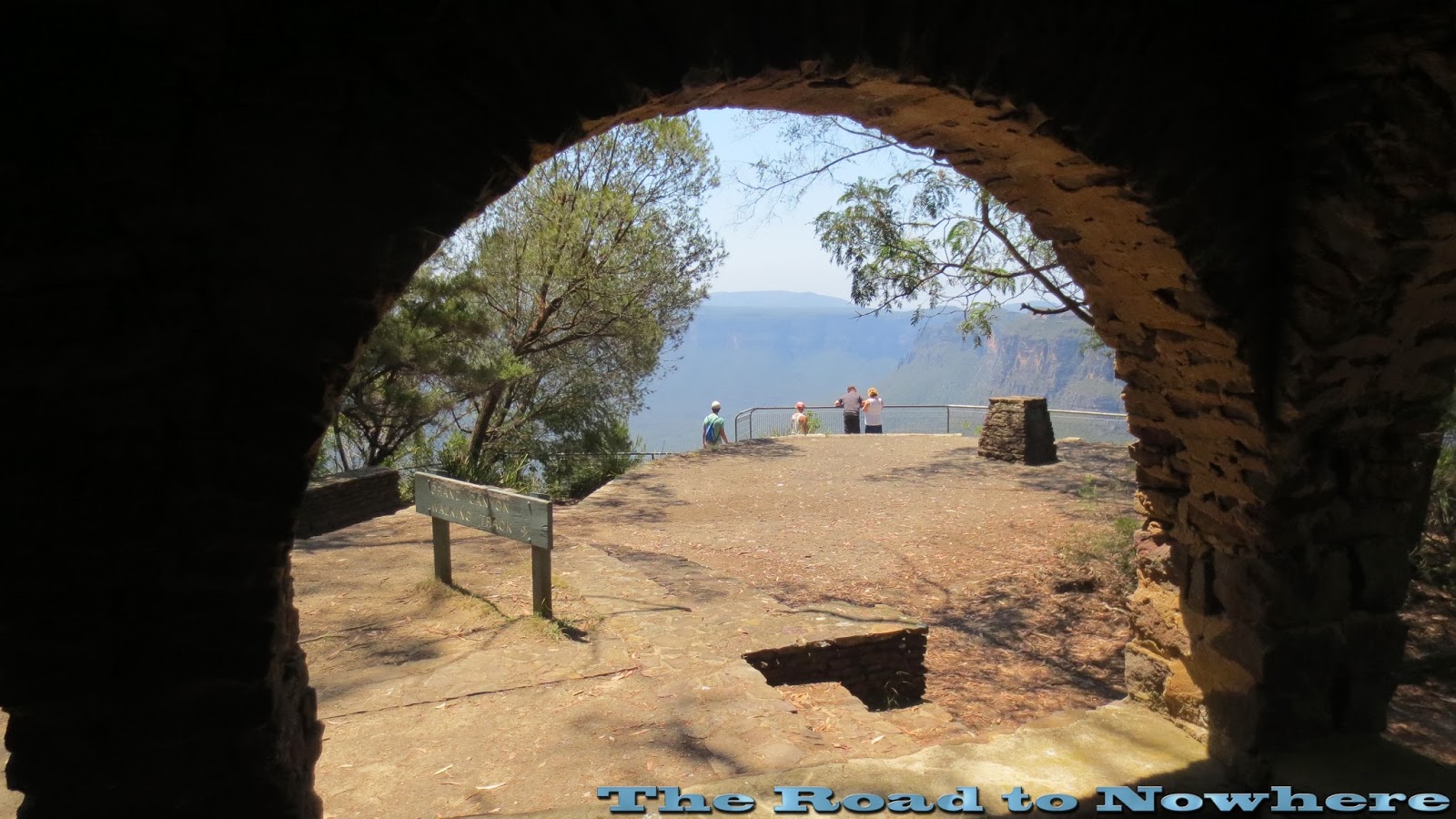 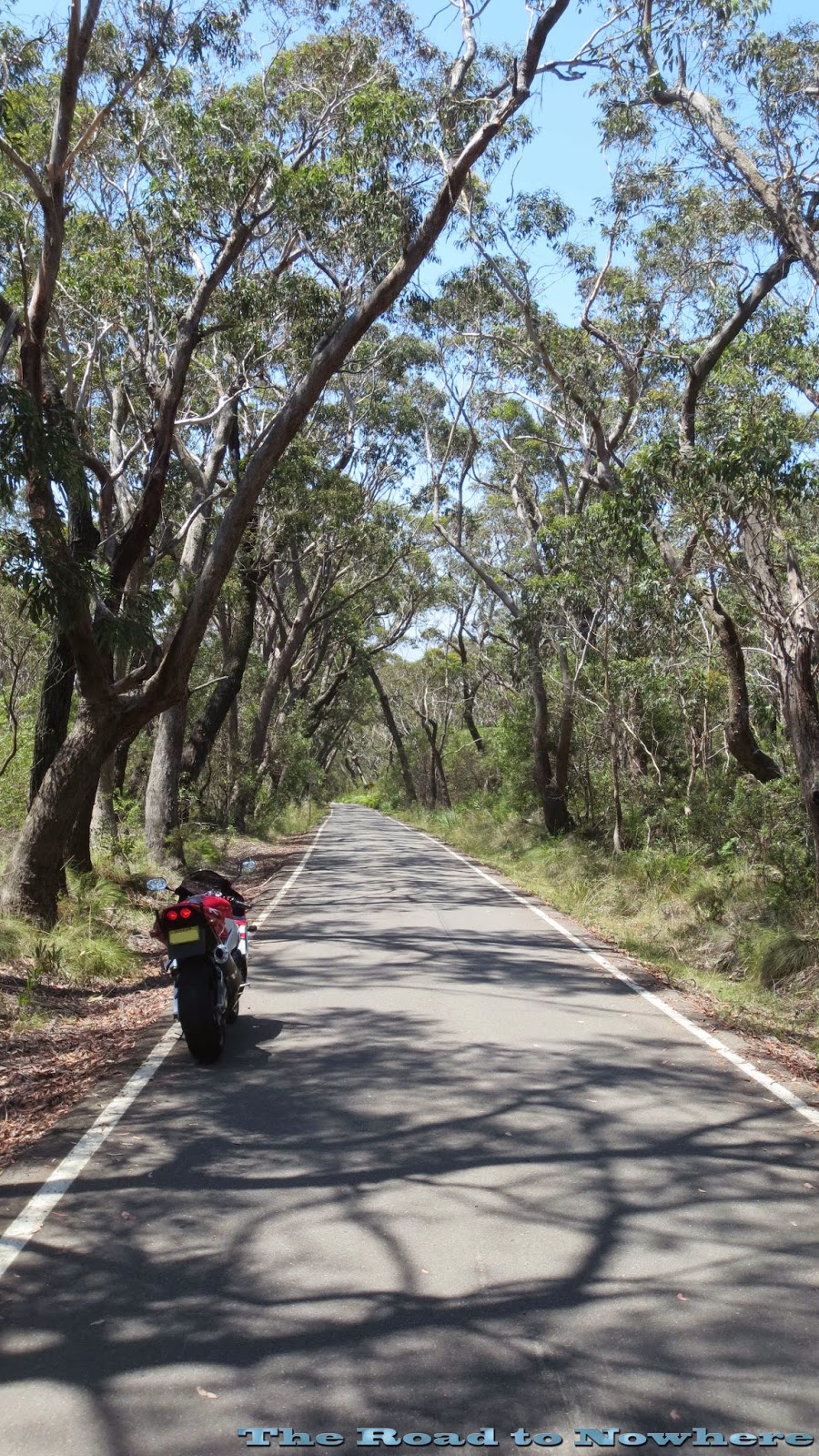 Then it was into Blackheath and I headed down to look at the lookout at Govetts Leap. I hadn't been here before and was greeted again with even more amazing views. There was a strong wind blowing here and the waterfall was actually blowing up into the air instead of going down. I spent about 20 minutes here just looking at the views before deciding it was time to head home. I decided to head off to Bell and cross to the Bells line for the trip home and do a few more twisties on the trip back. There wasn't much traffic and it was a quick trip home. As I dropped down out of the mountains the temperature began to rise and it was getting uncomfortable. Lucky it didn't take long and I was home in about 30min with about 220kms on the clock.