It was a late start to the morning thankfully because my flight didn't get in until near midnight and I waited for my brothers flight just after midnight so we could go to the motel in the one bus. Wayne from Paradise Motorcycle Tours picked us up at 9:20 and we were dropped off at Hampton Motorcycles where the bikes were waiting for us. Three off BMW F800 GS and one Triumph Explorer 1200 were our weapons bludgeoning instruments of choice, Wayne, Geoff and myself had the GS and my brother had the trumpy. Wayne noticed that the front tyre had some cracks in it and mentioned it to Wayne of Paradise and he had the mechanic change it no questions asked. Excellent service from Paradise. The weather was looking pretty good as well at least it's a nice start to the trip. 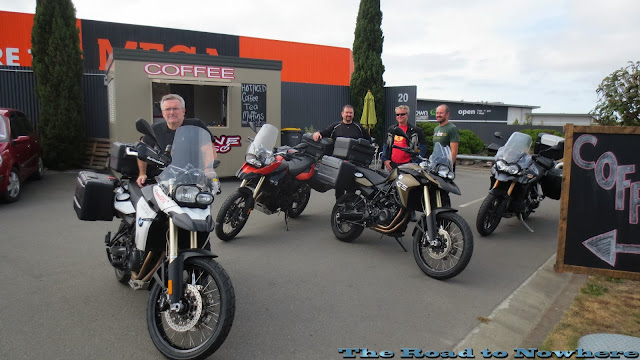 By the time we got away it was about 10:45 and we still had 460 odd kms to churn through so it was time to get going with as little stops as we could afford. Our first turn off out of Christchurch from the main highway was towards Hanmer Springs. Unfortunately Geoffrey was leading and had obviously not looked at any of the maps that I sent as he rode off up the main Hwy. Wayne had to end up chasing him down and suggested that if he didn't know where we were going that he shouldn't lead. We all had a laugh at Geoffs expense and continued on up the inland scenic route as an alternate to the main highway.


It wasn't long before we got the red and blues flashed at us by the local constabulary, warning us to slow down. We had only been doing about 115-120 km at the time anyway. It's a weird feeling riding in another country knowing that you can't lose you license for speeding, but I suppose they could deport you if you were doing some really silly speeds.

The inland scenic route is a great road, very scenic with lots of twisty bits to keep us happy as well as lots of sweeping bends through the forested hills on either side of the road. 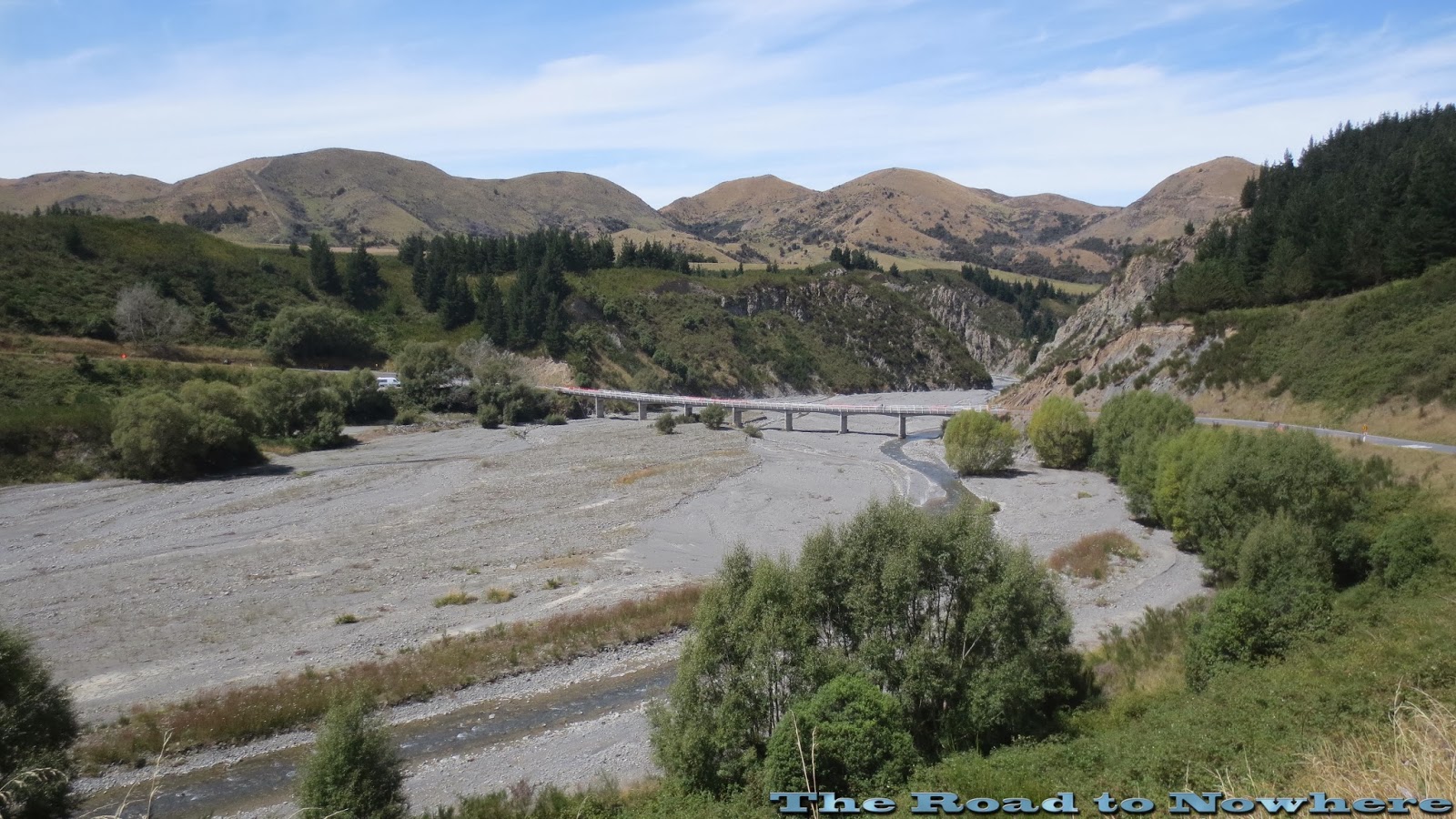 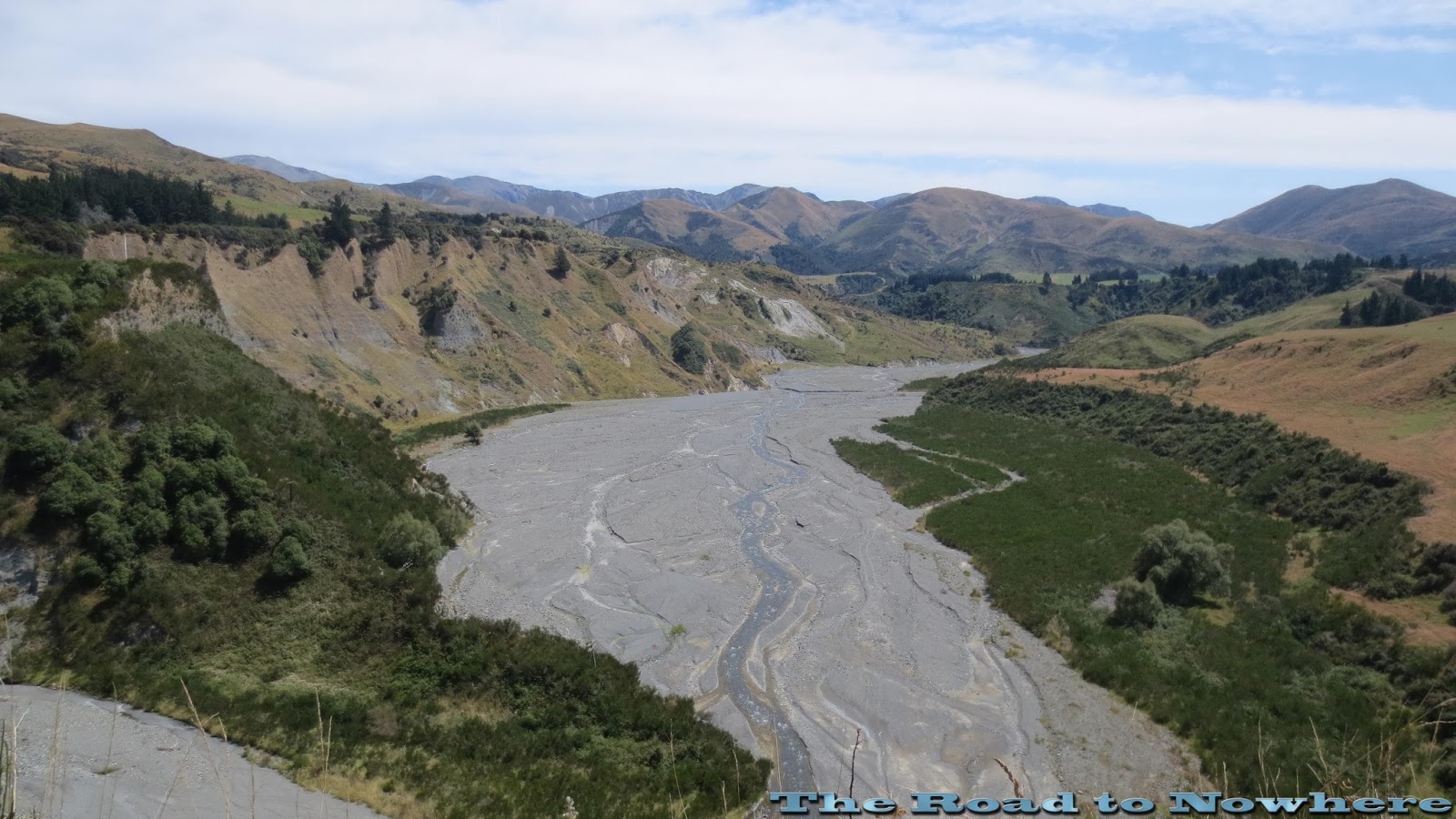 We finally arrived in Kaikoura where we faced our next stuff up of the trip and its only about 3 hours in. Dave and myself said to Geoff that we would go back into town along the beach after we leave the petrol station. Well it seems that Geoff forgot to mention this to Wayne, so when we exited the servo and went right, back into town Wayne went left out of town towards Picton. Little were we to know we wouldn't see Wayno until we arrived in Nelson for the night. So it was only 200kms before we had lost one of the crew. Onya Geoffro. 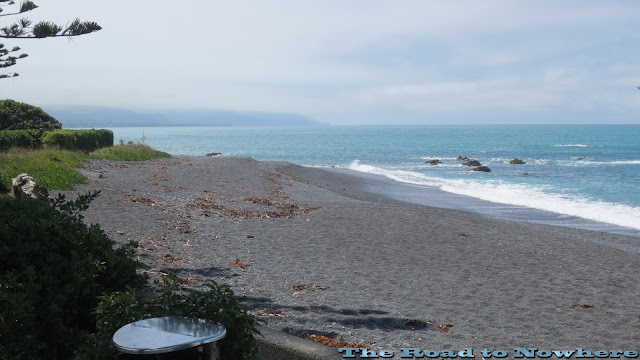 We had a quick drink in the main drag of Kaikoura which is where we realised that wayno wasn't going to join us so we hit the road again headed for Blenheim. The road was excellent along this section but as we were pressed for time to get to Nelson before dark, I didn't stop for photos along here, I'll come to regret that later as the scenery along the coast here was spectacular. The road wound its way along the ocean front with large hills on the opposite side. We stopped in at the Omaka Air Musuem in Blenheim but unfortunately it was closed when we got there at 4:30 but we still got to see some of the old World War 1 planes in the hangers as well as a Hurricane and stuka out the front.


The road to Picton was very busy with traffic, which I assume was headed for the inter islander ferry. We took the Queen Charlotte Pass between Picton and Nelson. I remember scrapping the centre stand on the beemer first on a couple of left handers then on some right handers. The bike was telling me it was getting near the limits of clearance. This is one of the twistiest roads I think I've ever ridden on. It's pretty tricky trying to learn a new bike and new roads at the same time. The BMW is so far removed from my R1 its not funny but I'm still having fun on it. In fact I'm having a blast.

The road into Nelson is an absolute cracker with a very long winding section of road heading into Nelson only about 20kms from town. It has been hot mixed all the way along and was top fun but we were very much looking forward to getting off the bikes and getting a beer and food, it had been a long day. Nelson appeared to be a town that doesn't sleep as we were out late on a tuesday and we could hear people all night up the street at other pubs and clubs. We stayed in the Wakatu Hotel which was pretty ordinary with standard pub type rooms, nothing flash.

A couple of initial impressions of the BMW F800 GS. Well how does it go and handle. I must admit I initially struggle with it in over taking situations as I like to get around quickly but this thing lacks any sort of punch. Don't get me wrong it still can go bloody fast but it takes a while to get there. It seemed to handle the bends ok and the steering was fairly quick and direct only feeling slow in the really twisty bits along Queen Charlotte drive. The 21inch front was a bit vague in the feel department but it seemed planted. The bike lacked ground clearance that's for sure, as you will see on day 8. I struggled a little with the height of the bike as well as it was also pretty top heavy, but was easily manoeuvred at low speeds doing u turns etc.

Here is the google maps link to the first days riding.