A few days spent in my home town helping dad out around the place was time well spent. Chippin burs, cleaning, shopping yeah all the mundane tasks that a now 81 year is starting to find difficult. He's got the most dangerous edger in the entire world, with unguarded spinning blade and the engine vibrates the handle so much your hands get numb. Can't believe he made us use this all the time when we were ten, I guess us kids back in the 70-80's weren't the pussies like the new generations are. We just have less fingers......

Dad mentioned to me about the Sculpture trail on the Lachlan Valley way. So we took a drive out to have a look. The floods had washed away some parts of the road in several locations. Photo below was one of the better ones, in some places there was no road.

I was pretty impressed actually that that put all these sculpture works of art out here in bum fuck nowhere. So I came back on the bike to check them out in a bit more detail. The one below is made entirely of chainlinks welded together, it must have taken many, many hours to put that together.

Over the last few years Forbes has put in place a number of sculptures and now has a government grant to place these along the 100km Sculpture trail along the Lachlan Valley Way to Condobolin. Its called "Somewhere down the Lachlan". Click on the link to check it out. 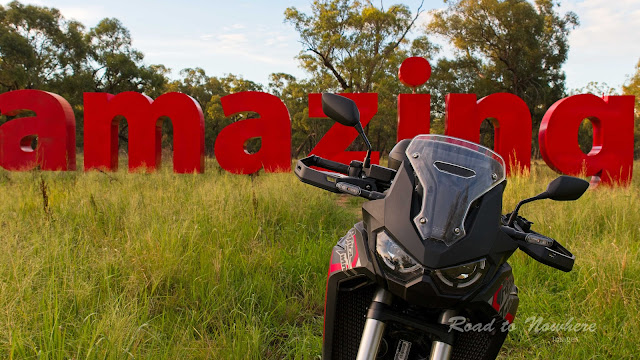 The one below was the first one we came across, but there was actually another one hiding off the side of the road a couple of kilometres before this one but I missed it. 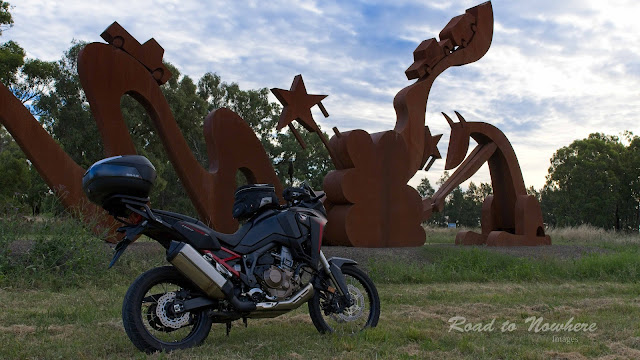 There are a few more I didn't take photos of and a few in town that I'd taken photos of previously below.

The time had come to leave and turn my wheels towards home. It had just started to spit with rain as I was loading up and getting ready to ride, typical. Saying goodbyes to dad I pointed my front tyre out of town. I was rolling and I still hadn't decided which way I was going to ride home yet. Damn 4 days to decide and I still couldn't. Better come up with something and fast.
I was think of riding via the snowy mountains, but that would have been a big trip and my front tyre was pretty much on the wear markers and needs replacement. I ended up heading through Eugowra, Canowindra(Fuel stop) to Mandurama. Back to where I came from on the way up. I didn't want to just do the same route back so changed it up. I was also staying ahead of the rain clouds that had followed me from Forbes.
I track through Neville and then went to Trunkey Creek on the Goulburn Road and headed towards Crookwell. It was tuesday before Australia Day and the roads out here were practically empty so was having a ball.
I decided I'd stop in at Abercrombie Caves to take a look around. I was starting to get hungry so decided to not stay long and keep going, it's 75kms to Crookwell from here and I knew I was going to stop for a few more photos. 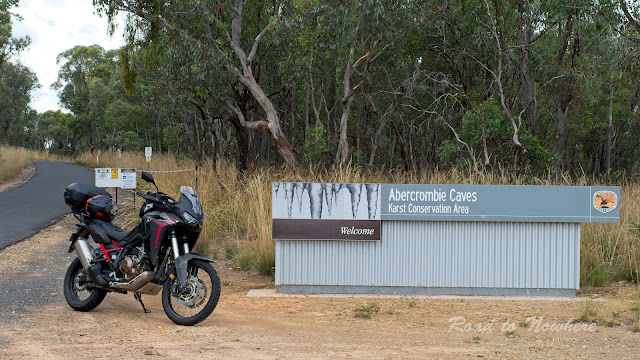 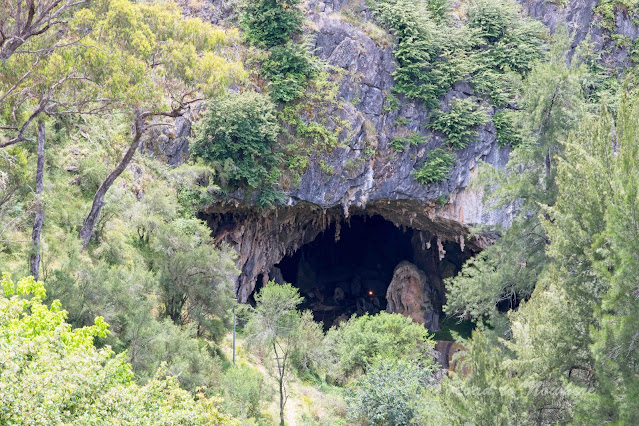 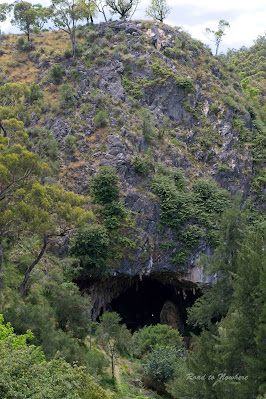 The road along from the Abercrombie River is an awesome bit of blacktop. The road follows along a ridge line for a while with views over the valleys to either side of the road. I spied a few gravel roads off to the side that I'd like to come back later and explore when I've got the tyres for it. 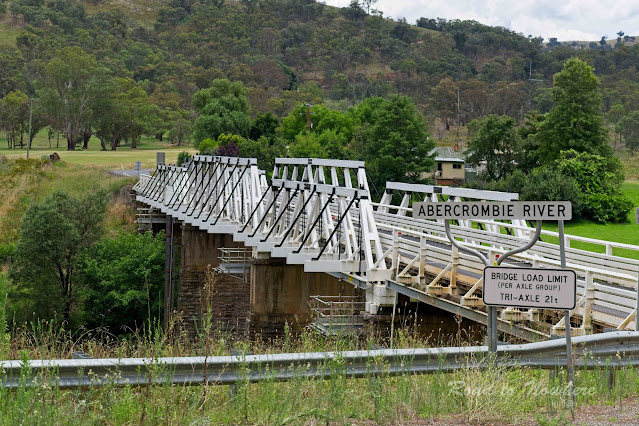 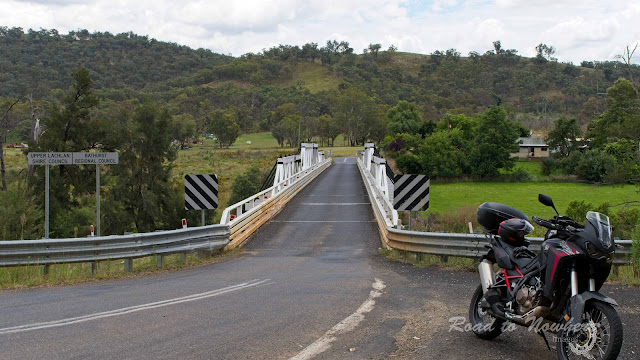 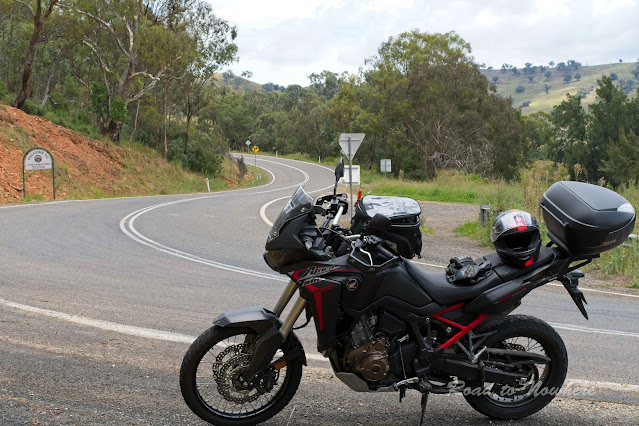 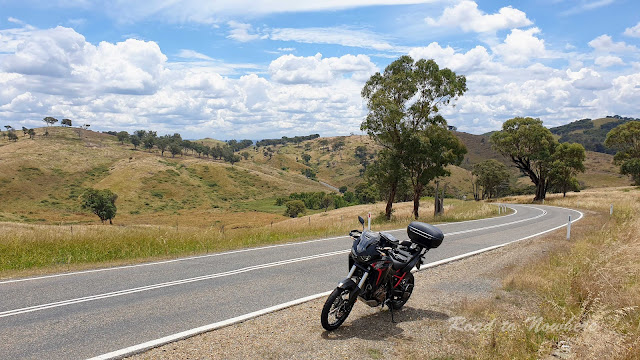 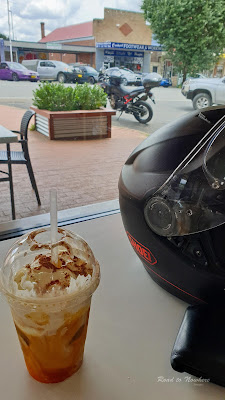 I finally got into Crookwell around 2pm and started to look for a place to eat. One I'd been to previously that was really good seems to have closed, maybe covid shut them down.
About the only food place open was Pauls cafe on the corner. I ordered a hamburger and iced coffee to wash it down with and sat inside in the air conditioned comfort. It was warm outside even though the rain clouds were chasing me. Damn the ice coffee was good, could have had 2 of them. 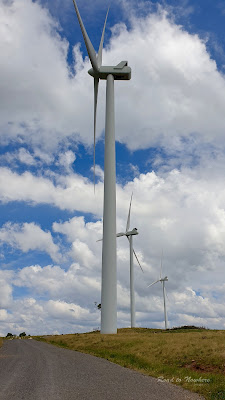 After about a half hour break to refuel myself it was time to keep rolling. It was now 2:30pm with about 4 hours to home still. Just as I was getting ready to go a guy pulled up next to me on a Royal Enfield. I got to chatting with him and he was from Goulburn out for a bit of a ride looking for some gravel roads. After about 5 minutes I had to get going and he was getting a coffee at the cafe. I was heading across to Laguna then on to Taralga. I noticed that the road across to Taralga is now all tarred, was hoping it was still dirt but that was 6 years ago I rode across it on my old R1. I decided I wasn't in any hurry to get home so I'd ride on up to the wind farm on the outskirts of town. There are many wind mills here now between here and Crookwell.
Back on the road again and up towards Oberon on the Abercrombie road. I love this road it's all open sweeping bends with fantastic views of rolling hills, it' much like a roller coaster ride. So much fun especially when its go no traffic on it. 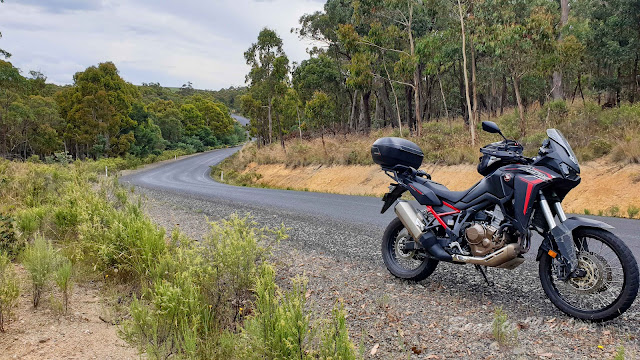 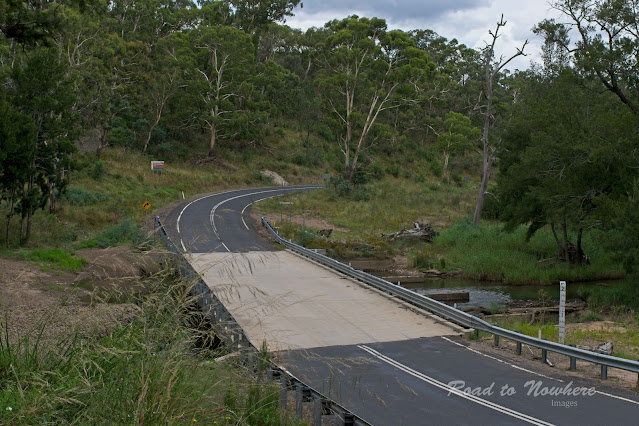 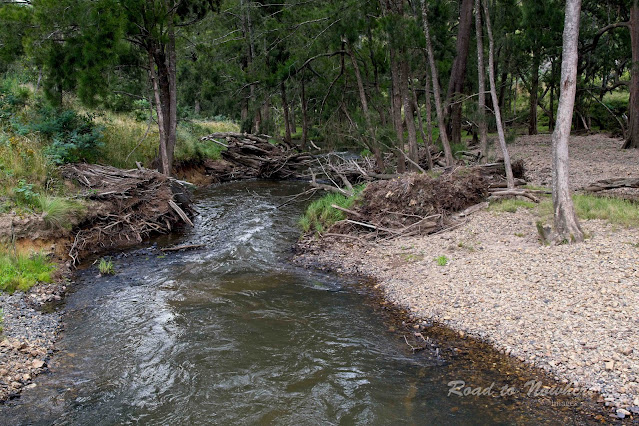 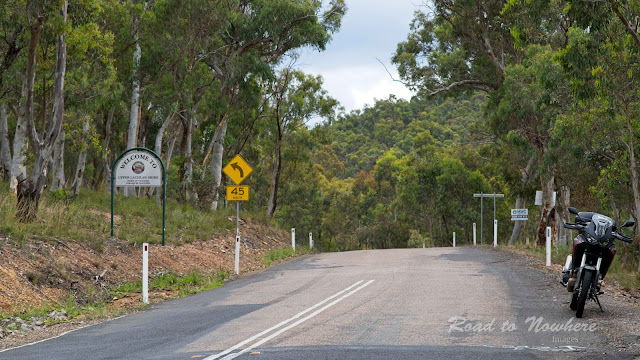 I couple of years ago I did a ride out here on my 00 R1 just before I got the 15 R1 and the pine tree's below had only just been planted and you could see over the hills for miles. Now the trees are 10m tall, they'll be cutting them down again in a couple of years. I love riding through these pine forested hills. 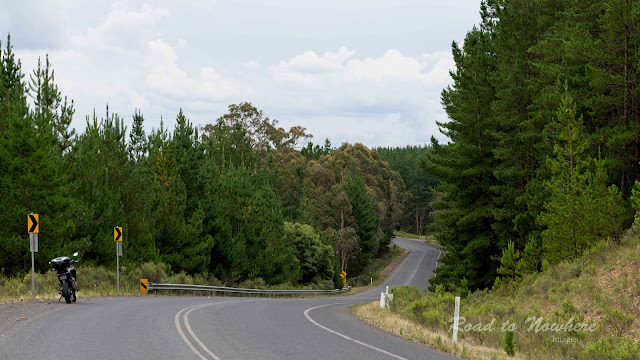 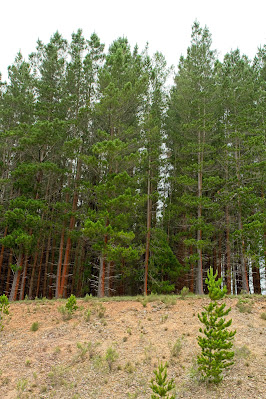 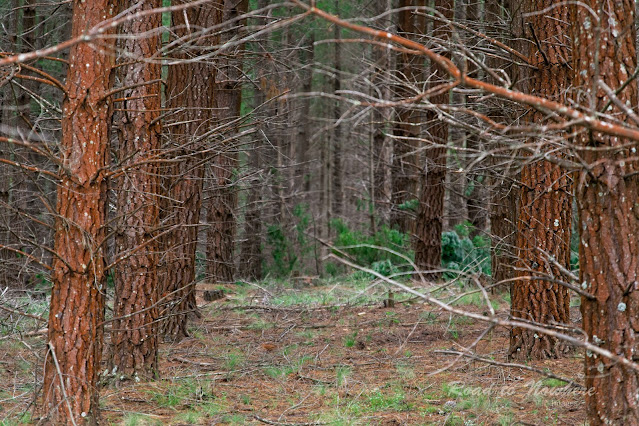 I turned off and took the shooters hill road up to Oberon which come's out on Edith Rd, which goes out to Jenolan Caves. Shooters hill is a great bit of road with fun sweeping bends through the forest and some bit straights. Last photo for the day before getting fuel in Oberon. It started to spit a few drops of rain while I was talking to Geoff on the phone. 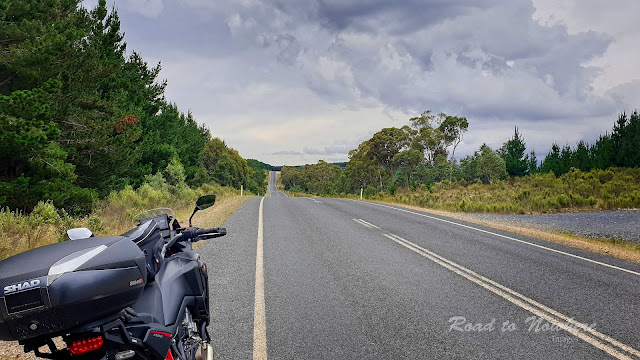 It was getting late and I was all photo'd out by now and just wanted to get home. I must say the Shad topbox and tank bag combo works great. Can put my camera in the tankbag and the topbox was big enough to fit all my gear in. I think I might see if I can get a bag to put all my stuff in so can just carry to and from the bike because I don't want to carry the top box around, it can stay on as a permanent fixture. Now to sort out some new tyres as these one's are now completely shot on the front, probably get a couple thou more from the rear, but going to change to something a little bit more off road orientated, maybe an 80/20 or possibly knobby front and 80 rear. The current Battlax touring tyres are great on road, but need to try something different I think.
Cheers
Steve
Posted by Steve at Monday, February 07, 2022 3 comments: