It's that time of year again where a group of friends and acquaintances gather together for a 5 day blast through the New South Wales Snowy Mountains and the Victorian High Country. This is the highlight of my bike riding year. This year there were nine riders, mortal men doomed to die dressed in black riding foul beasts but we were not on any hunt for hobbits.

I'd woken early on Saturday morning at 4am to the sounds of bucketing down rain, great just great a nice way to start a 5 day ride, riding in pissing rain as I drifted back to sleep. Waking at 6:30am was not much different as the rain still tumbled down. I checked the rain radar. We were in the centre of the green patch heading towards the west into the big yellow patch. Great heavier rain. 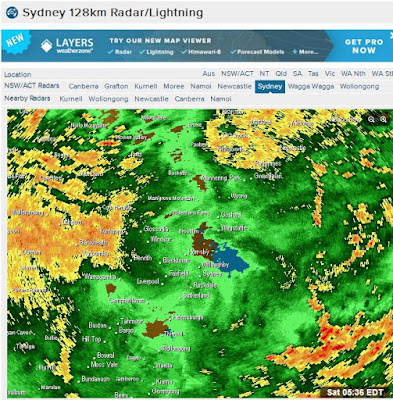 Departure time was going to be 7:30 luckily by 7:25 the rain came to a stop and had passed by and that was it for the rest of the day, but I had my wet weather gear on by now so I rode off to Springwood in the blue mountains in them. Once there for a morning coffee and toast I took my wets off for the rest of the day and it shaped up to be a great day.

I'd met Wayne and Ant for coffee at Springwood then we set off for Oberon across the Blue Mountains, we were going to meet the others at Tarago for lunch. First we stopped for fuel at  Oberon before heading down shooterhill road to Taralga. Lots of road works happening in the Abercrombie Gorge and it looks like they are getting ready to widen the road and re tar it. Lets hope they hot mix that section. That would be sweet.


We arrived in Tarago for a quick lunch at the Loaded Dog Hotel. We were the first to arrive so we headed in and ordered a drink and a small snack. About 30min later the 7 other sons of Apathy arrive and the hilarity and laughter commenced.

After a quick bite we headed down to Batemans Bay via the Kings Highway, avoiding one of the states finest revenue collectors luckily. The King's Highway is in fantastic shape with a nice hot mixed surface allowing for a quick run down the mountain. Stopping at Batemans for fuel and a break as the temp had risen 10 degrees coming down from the top of the mountain to the bottom it was now in the low 30's.

Just as everyone was pulling out of the petrol station I notice Geoff looking around like he'd lost  something. I stopped to see if he was alright and he said he can't find his key. That's one of those 'Oh Shit' moments when you're away from home and can't find your key. So both Steve and myself spent about 30mins looking for the key, I found it in the bottom of the fairing of all places, must have fallen inside the bike when he went to put it in the ignition. So out come the allen keys and off with the plastics. One key retrieved and one relived Geoff so the trip continues.

Needless to say Geoff, Steve and myself were the last one's to roll into Narooma at the end of the day and I might add through a freshly watered bit of clay road works that covered all the bikes completely in mud. Why does this always happen on day 1 and not day 5? The others were already there waiting to go up to the pub. I quick shower and it was up to the pub with the million dollar views. The views were ok but when it turned dark they were only $50 views.


We'd left the pub early by our standards and headed back towards our accommodation, the pub that was on the way was closed so we retired relatively early.