Wouldn't you want to ride this? 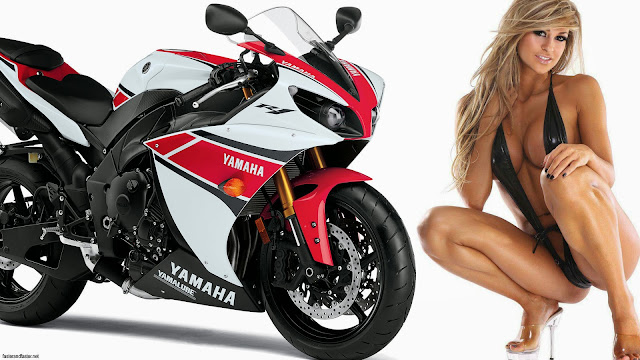 Earlier in the year I took a trip down through the Royal National Park and went across the Seacliffe Bridge. I had the gopro on but never did anything with the video so I thought  I'd post it up. The coast road down to Wollongong is very scenic and winding, some have called it Sydney's Great ocean road.

The seacliffe bridge was built in 2005 at a cost of $52 Million and is part of the Grand Pacific Drive. Its only 455 meters long and the Illawarra escarpment looms high on one side with scenic views of the Tasman sea on the other. The bridge has been used in several TV ads around the world for Shell/Ferrari and others.

Here is my short video of the Seacliffe bridge by R1.

Today I bundled the family up and we headed down through Bowral to Robertson on our way to the Illawarra Fly tree top walk. I knew that we would be heading to a great biking area and tried to convince the wife to let me ride down. I failed and I had to do the family thing today and leave the bike for another day. Still we were having lunch at the Robertson Pie shop which is a mecha for motorcyclists on weekends. Why you may ask? The pie shop is at the top of Macquarie Pass which is an 8 kilometer stretch of hot mixed motorcycling heaven with every type of bend you could want with the Pie shop a great place to stop and get something to eat and talk to other like minded bikers.

Me and the wife played the guessing game of how many bikes there would be at the Pie shop. She said 5, I said 20-30. When we pulled in there must have been at least 50+ bikes there today. And why not the weather was perfect for riding. 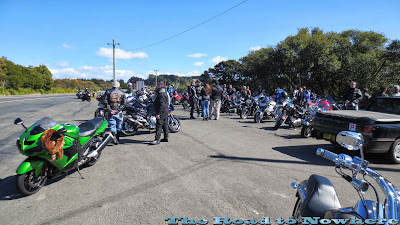 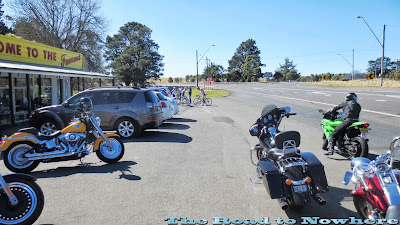 After a fantastic Pepper Steak pie at the pie shop it was onto the Illawarra Fly. This is a tree top walk nestled on the Illawarra escarpment high above the townships below. The walk through the trees was some 30 meters up off the  forest floor with the highest point being the spiral tower which was 50 meters above the ground. All of this some 700 meters above sea level. The views here are quite spectacular.

The views out over the escarpment were fantastic. You could see all the way up to Wollongong and beyond to the Royal National park and all the way out to the Tasman Sea. Couldn't see any kiwis though.

The tree below was covered in some weird looking moss type thing. It made for a good photo. 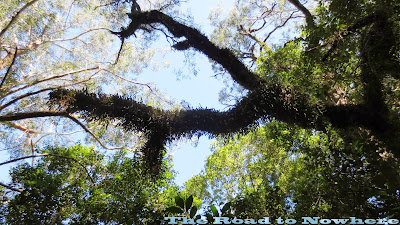 After finishing up at the tree top walk there was a nearby water fall that I wanted to have a look at. We had a nice afternoon tea at the picnic area at Carrington Falls. Georgia took her shoe's off and wandered into Kangaroo River just above the falls. Luck she didn't go over because the falls are 90 meters high. The river then flows on through guess where? Yep Kangaroo Valley despite its name it has some awesome motorcycle roads through it. 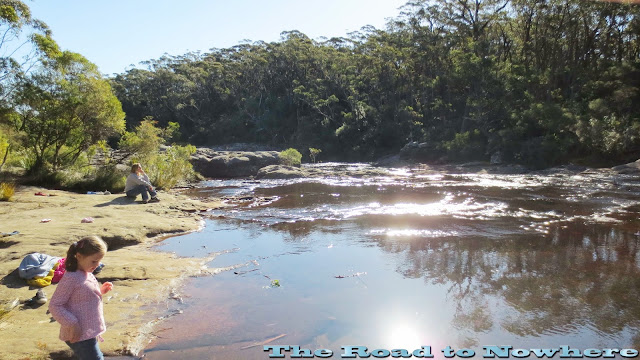 I saw this picture on the Internet and thought I really have to get one of these for my wife. Love it. 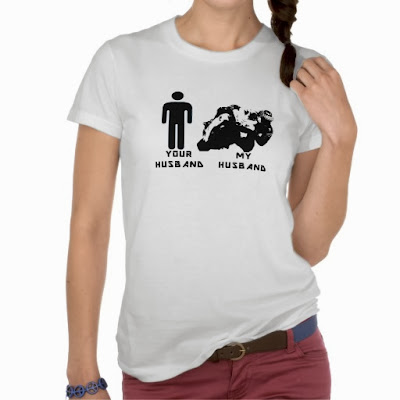 An old favourite and something new

On Sunday  we had organised a quick run up one of my favourite roads the Putty road. The weather today was great for a winter day that is, it was a nice balmy 18°C(64°F). Geoff was to pick me up early on our way to meet Wayne at the servo in Wilberforce.

I was waiting for Geoff to show and wondering whether he would be on his R1 or the Vstrom. When I saw a red bike pull in the drive way I was highly surprised. Geoff doesn't own a red bike what the @$%*. It looked all shiney and new, it can't be Geoff's - what the???

Yep it was Geoff and he'd bought himself a new bike on Saturday. He traded the Vstrom on a brand new Triumph Tiger Sport 1050. I was pretty impressed with it. A very nice looking bike, ABS, single sided swing arm and it went as good as it looked from what I could see cause the bastard wouldn't give us a ride. 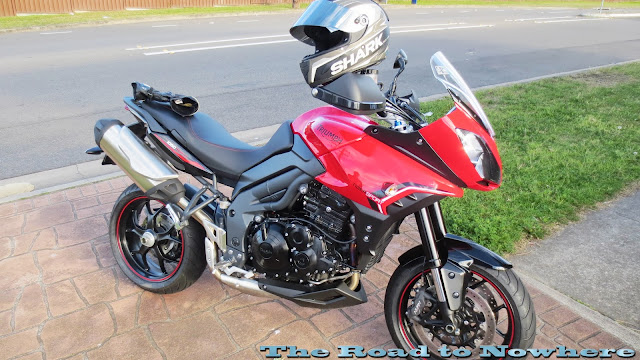 The ride out of Sydney's outer western suburbs was pretty uneventful and we finally met up with Wayne at Wilberforce. The expression on Wayne's face was the same as mine, it was a big surprise. Geoff had kept pretty tight about buying a new bike.

On the way up through Colo and then onto Colo heights we came across some of the boys in blue. Unfortunately for one poor bastard on a ducati they ruined his Sunday morning. A little bit later up the road I noticed we were being followed by a white car which I thought was the police. We soon stopped in at the drive way of the Grey Gums cafe and the car pulled up behind us. I was relieved to find out it was one of Geoff's friends in his Toyota/Subaru sports car. 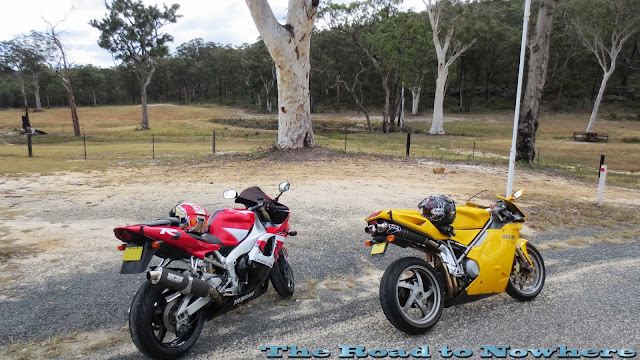 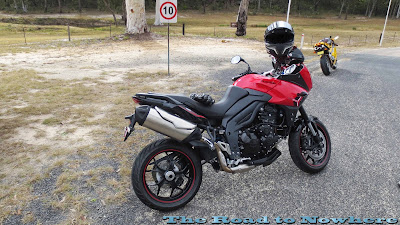 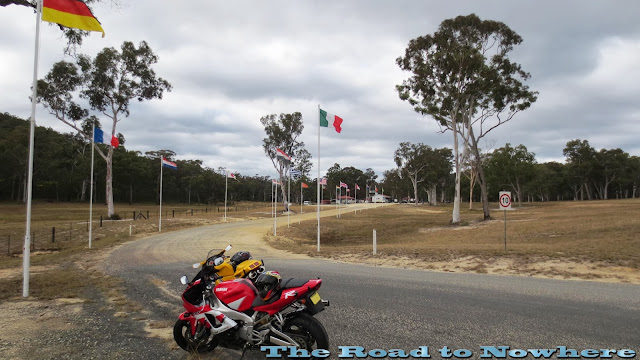 The run back down from Bulga was a bit slower than the run up due to there being a lot of cars in the ten mile stretch of twisties. Once we had dispatched them it was still a lot of fun. We returned to the Grey Gums cafe and had some lunch before heading for home.

I have a little rant coming. Whats up with groups of bikes usually with one or 2 P platers at the rear riding in a bunch that seem to madly overtake on the straights then when we get to some bends its like wooh better slow down we can't go round here to quick, and its all of them not just the P platers going slow.
We got overtaken by said bunch but when we came to a set of twisties up a hill we speed up and overtook the lot of em in about 3 or 4 bends.

Here is a short video of me following Geoff up through the 10 Mile of twisties at the top end of the putty road. Geoff's bike looks the goods and handles very well, I even saw him grinding the hero knobs in front of me on some of the tighter bends. This movie has us headed north bound. 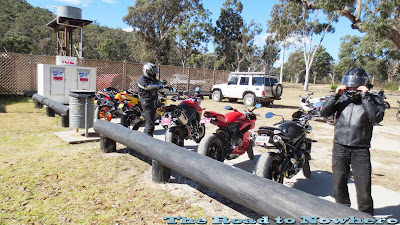 There were quite a few bikes here today even though it wasn't a really warm day and it was overcast with a cool breeze but once the sun came out it was just about perfect. I cant say it enough, this place has the best hamburgers anywhere and as usual lunch was fantastic, not the cheapest but when your in the middle of nowhere you can't really complain. It was great to be back out on the bike again. The new tyres performed flawlessly as expected. The thigh muscles were struggling all day today at work. Now whens the next ride. 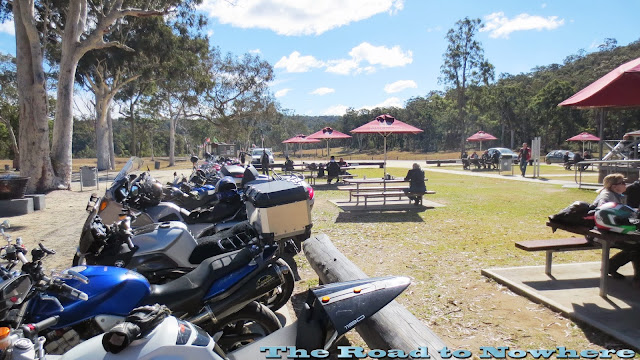