If you tour on one of these... 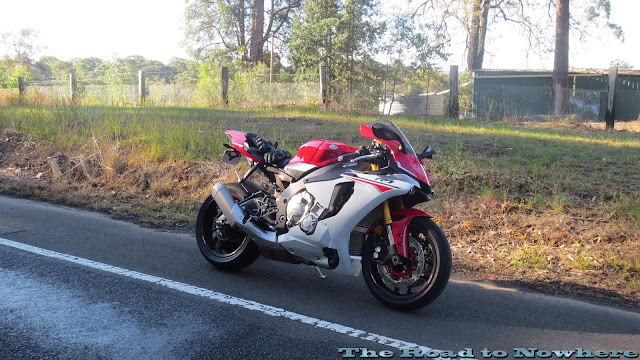 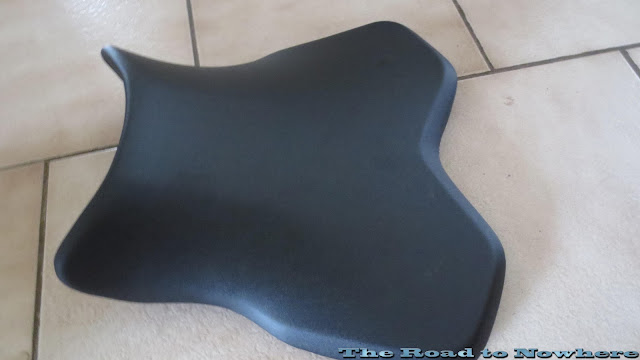 You'll have one of these 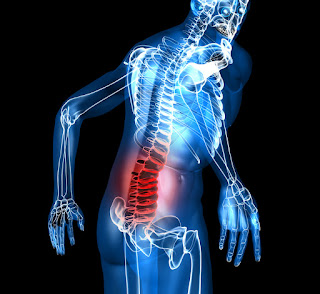 then you'll have these 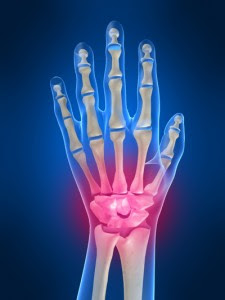 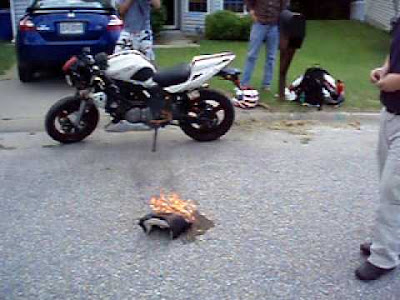 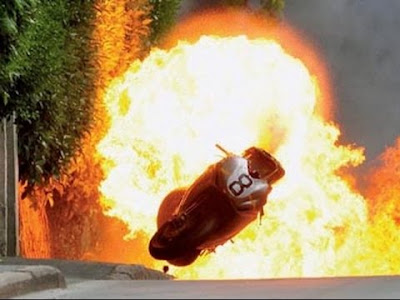 you'll want one of these 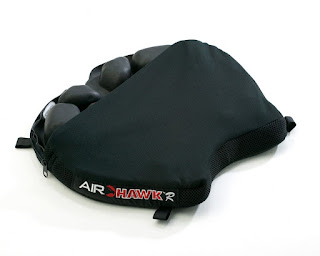 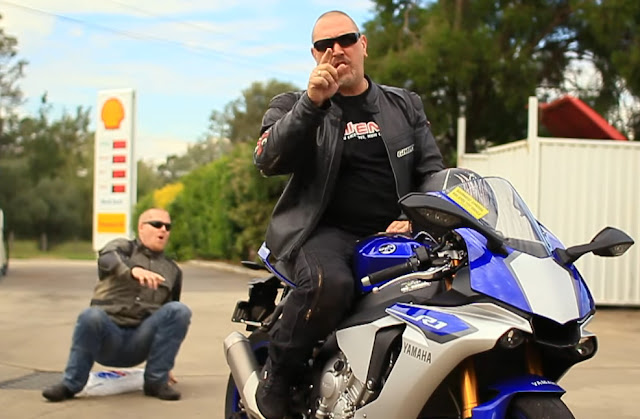 otherwise your going to need lots of these 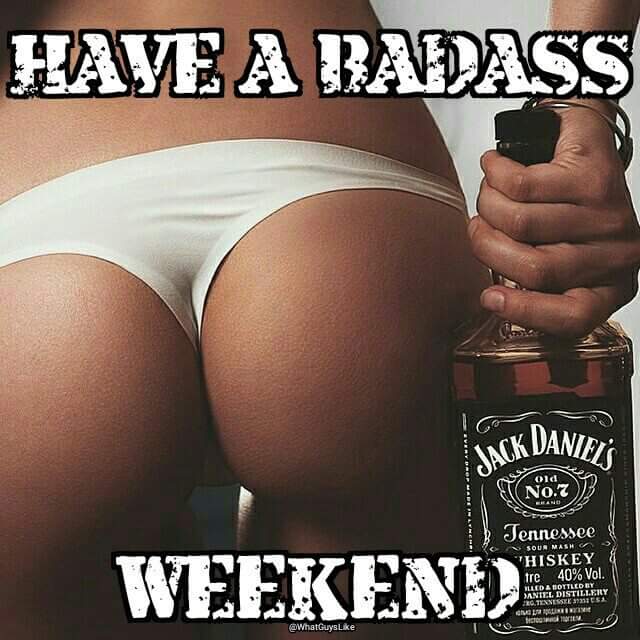 The racing had come to a stunning conclusion and there were many beers drunk on Sunday night. Come monday morning I met Bushpig in San Remo for breakfast at the bakery, he looked a little worse for wear. Somehow the enthusiasm for riding today wasn't really there. It always seems like that after the event has passed, it's exciting leading up to it and when it has come and gone its like the realisation that I now have to go home its a bit of a depressing feeling, maybe that coupled with the fact we'd have to ride through the boring Police infested roads of East Gipsland.


After a delicious pie and coffee at the bakery we were on our way. We must have seen about 20 police within 50kms of leaving the island. Rather than ride back through the roadworks nightmare of Taralgon we decided to head around via Yarram. Now I remember why we never came this way, its straight and boring except a short burst of twisties in the hills near meeniyan. I kept trying to convince Bushpig he needed to experience 200hp but for some insanely stupid reason he kept refusing...... 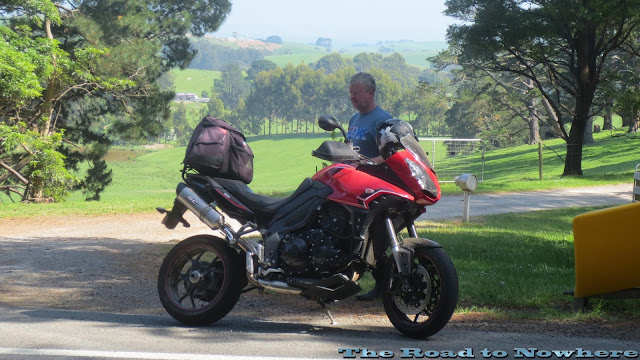 There were tons of bikes heading out from the Island and we stopped in Bairnsdale for a quick lunch before heading off then a fuel stop at Orbost. I decided that I would lead from Orbost as I thought there would be another speed trap out of town, I had a sneaking suspicion that there would be one about 20kms out of town. You guessed it they were hiding in the bushes again booking another couple of riders, luckily I was setting a blistering pace 5km below the limit.

I said to Bushpig that I wanted to ride the Imlay road so turn off up Cann River road, when I turned left I watched in my mirror but he kept going straight. I wasn't about to turn around to chase him and we would both meet up again in Eden which was our destination for the night. He had taken the coast road. 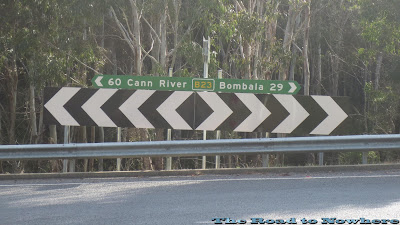 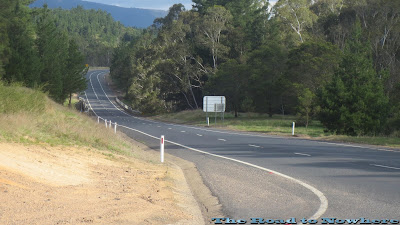 Just after turning up the Imlay road within the first 5 minutes I'd seen 2 kangaroos standing on the side of the road. It was around 5pm and I was starting to think if it was a good idea that I came this way now I was by myself on a deserted logging truck road late in the arvo with wildlife starting to come out. I think I passed one car and two log trucks in the 57 km along here and luckily I only saw the 2 roo's. The Imlay road is a little chopped up due to the trucks but its a fantastic roller coaster ride through the hills. Very open and sweeping curves up and down over the hills with some long straights thrown in makes this a fun road to ride and even better with no traffic. Just be careful of logging trucks during the week. 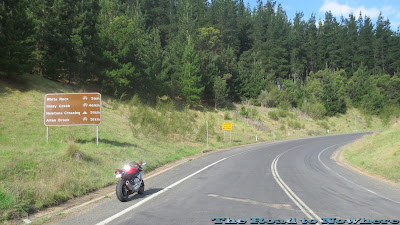 I'd rolled into Eden looking for Bushpig but couldn't see him anywhere, I was sure I'd find him at the pub but no dice. I went back down to the petrol station then saw him at the motel across the road where he had already secured us a room for the night. Fantastic, a quick shower then we hit up the pub for beer and food. The pub food at the Eden pub was fantastic, I highly recommend the scotch fillet steak it was brilliant. We both went to bed at about 9:30 completely knackered. 600kms done and dusted. My butt was hurtin, and my wrists and back were coming in for some hurting as well. I think i must have been putting extra press on them because of my butt being sore.

Tuesday morning rolled around and we packed up and left early. We stopped in Cobargo for breakfast at the bakery for coffee. The plan was to head up to batemans bay then cross the Kings Hwy to braidwood. We got fuel at batemans then set off up Clyde Mountain. The front right fork seal had developed an ever so slight leak. Not to bad but enough to make me keep an eye on it. 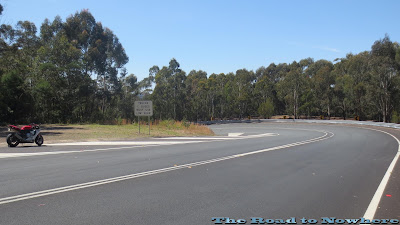 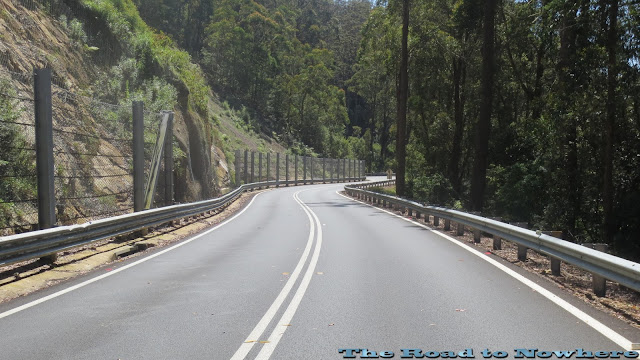 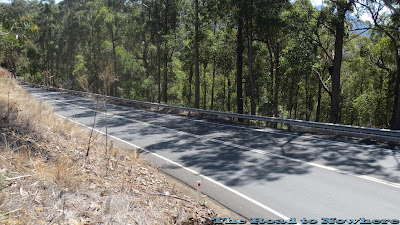 The kings hwy has had a bit of work done to it lately by the look of it with a lot of the top twisty section now hot mix tar which is race track smooth. I give it 8 knee sliders out of 10 for fun. The new bridgestones finally got a work out after all the straight roads in south eastern Victoria. They handled very well over the mountain, good enough for some knee down action. This bit of road is fantastic fun. 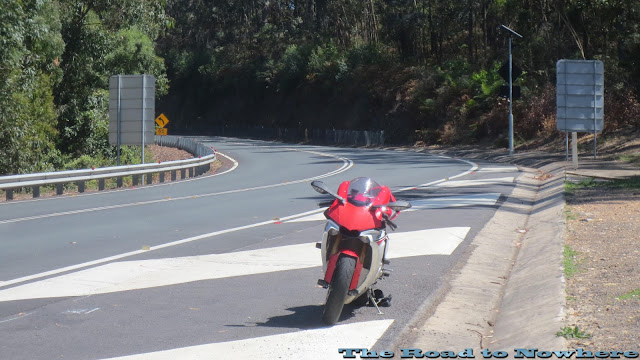 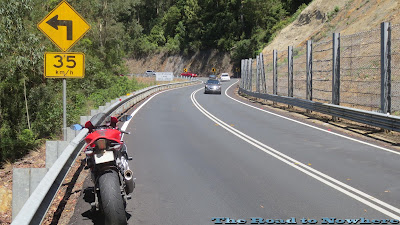 After we blasted across the mountain it was more or less just boring slab work to Goulburn for lunch then the hume hwy back to Sydney. By the time I had reached home I was ready to set fire to the seat of the R1 my butt was in that much pain. I have a 5 day ride coming up in November and I was wondering if i'd be able to ride this bike that many days in a row. A touring bike this new R1 is not, it's a track bike lets not make any mistake here. The old R1 was actually a quite good sports bike/tourer. This R1 is not. It is very good at one thing and thats going round corners bloody fast. Comfort comes a distant 273rd place. Luggage carrying is not easy either. Now to see what i'm going to do for the up coming ride.

Saturday and Sunday at the island became a blur of beer, babes and bikes and I loved every minute of it. Here are some of the pictures of the weekend. Some of the best racing motogp has put on in years. It was a four way ding dong battle between Lorenzo, Marquez, Rossi and Iannone with the lead changing 17 times. Brilliant.


Unfortunately for me I didn't realise that a hair had made it onto my camera lens making some of the photos I took look pretty bad as you can see in the next pic. D'oh.

One thing about motogp that you don't realise when you watch on TV is how incredibly loud they are. How loud. 130 fucking db loud, yes that's right that's as loud as flyboys 737 jet and when 24 motogp machines fly by at 340kmh its spine tingling, ear shattering bliss. The kids had ear plugs and Earmuffs and little Livy was scared to start with. 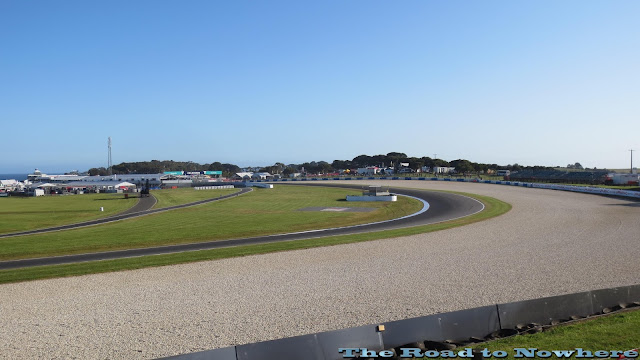 Sundays race day we used our paddock passes to the max and spent half the day in the back of the pit area rubbing shoulders with the stars. There's one thing that was abundantly clear and that was Rossi is a celebrity superstar and is mobbed wherever he goes. Once Rossi left the crowd dispersed and I managed to stand next to Lorenzo when he walk out. Rossi is taller than I expected and Lorenzo is fairly short, both are very thin lanky dudes. The paddock pass was worth its weight in gold. It was fantastic to get to see all the motogp action up close and personal. 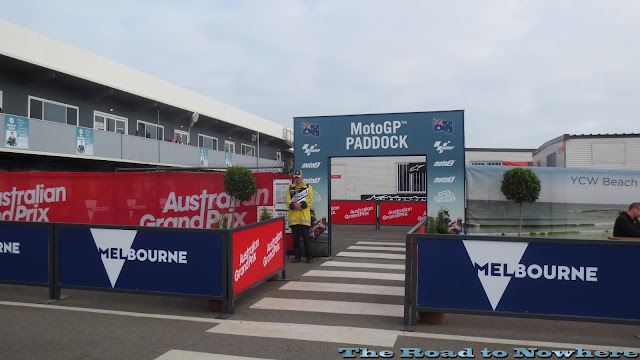 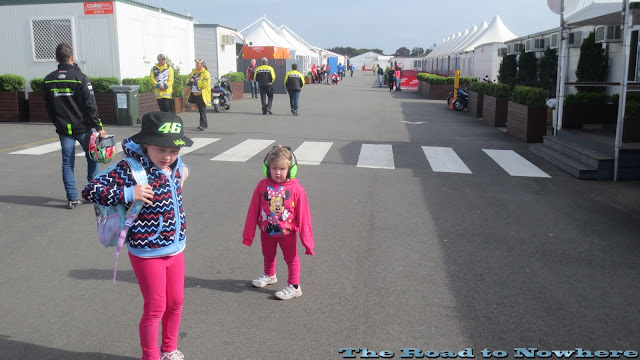 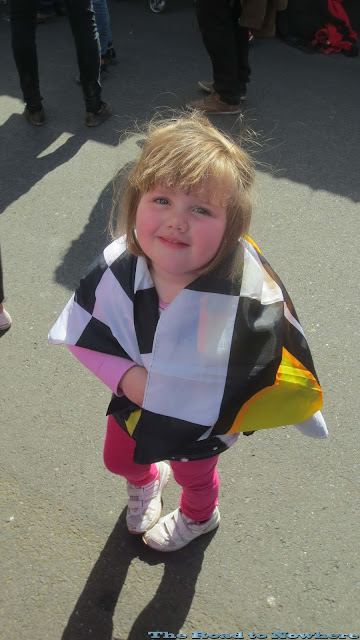 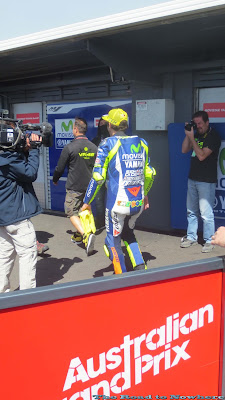 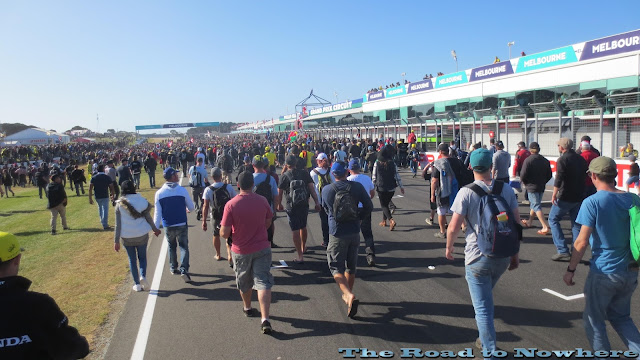