Last Sunday I managed to get out and have a bit of fun on the bike and you couldn't have asked for a more perfect day. Saturday was bucketing down with rain, with showers predicted along the coast Sunday morning which didn't eventuate and it was a sunny warm 20°C day. First stop was into the city to take some photos for Gary France's blog challenge, then on down south to the Royal National Park which I haven't been to in a few years. Warning this post is pretty heavy on photos and videos.


Here's a video of me riding from Anzac bridge through the city and across Sydney Harbour Bridge. If you've never been on the Harbour bridge then this may be of interest er..... or not. The harbour bridge starts at about 3:30.


I then turned off at Milsons Point and went down under the bridge and took in some of the sights. I think the picture below is my new favourite picture of my bike. 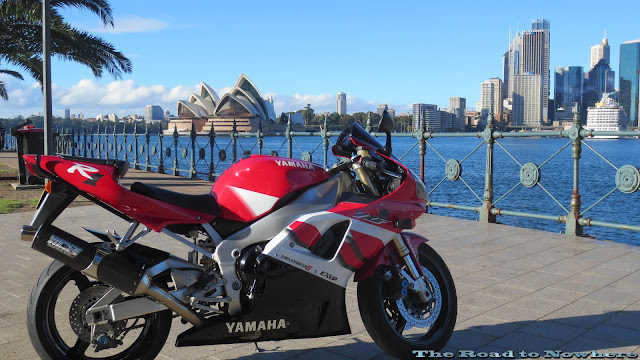 After this I decided I'd cross back over the bridge again and get some close up pics of my bike in front of the Opera House. I'd put the gopro in 5 sec photo mode for the short trip across the bridge. I finally go a chance to do some legal lane splitting in the city. At the moment our elected officials have allowed legal lane splitting in the north part of the city as a trial. On approaching the Opera house entrance a security guard popped out in front of me. The conversation with this nice kiwi went something like this. 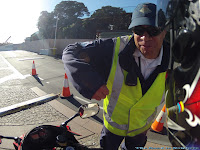 Security Guard: Hey Bro where you going...hey you got one of those gopros, you filming?
ME: Yeah kinda, I'm taking photos. 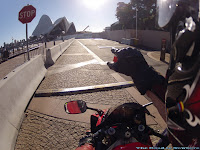 ME: Mate I want to go over there and take some photos' of my bike in front of the Opera House 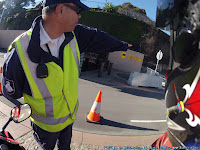 Security Guard: No Bro I can't let you in, you'll have to park over there and take them ay, Sorry Bro.


The location the nice kiwi guard had told me was shite, you couldn't take a photo from behind the guardhouse. So after a bit of thinking of what to do, I noticed there was a van parked on the footpath with lots of space around it and no one around. So I approached the security guard again and asked very nicely if I could push my bike in front of the van and take some pictures. He looked at it and said 'No problem bro'. So that's how I got my bike in there to take the photos. 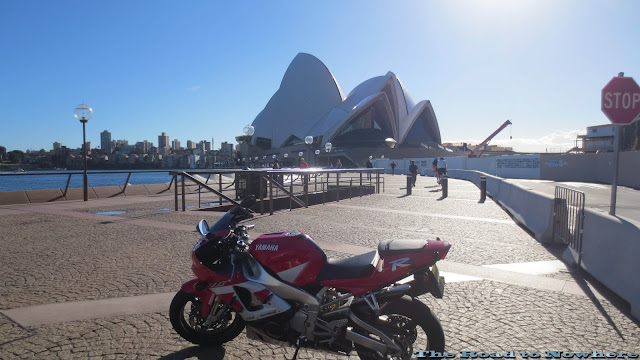 Next stop on the way south was just near Sydney Airport. I turned off at Cooks River entrance near the Airport Radar tower. From here I watched the jets landing and taking off for the next 15 minutes. 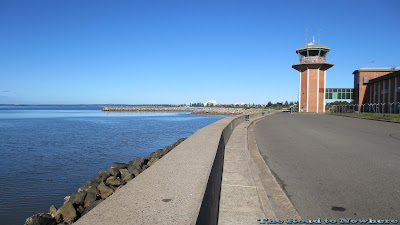 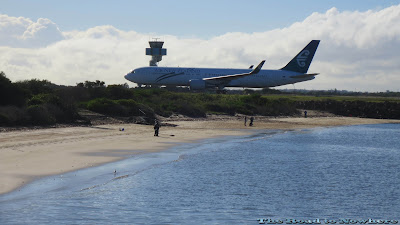 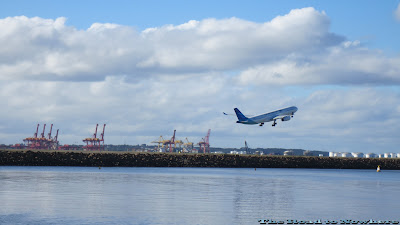 Once getting down through the suburbs to Sutherland on the Princes Hwy I finally come to the turn off point for the Royal National park(Nasho to Sydney-siders). I noticed that there was a 50/50 mix of bikes going into the park as well as going past. Maybe they are going down to the waterfall turn off to get into the park. It makes sense as the top part near here is a bit on the rough side and a bit straight and boring to be honest. Its not until you get down to near the waterfall intersection that it get real twisty and fun.


After a while you notice that the tree's start to change and get closer to the road. It looks a lot like a rain forest and the trees hang right across the road, blocking out most of the sun. The road looks very narrow and dark, hard to spot hazards especially with a dark visor. A bit dangerous in winter as the road doesn't get much sun and gets moss on it. The road was quite wet today as it was raining all Saturday and its still early when I came through. 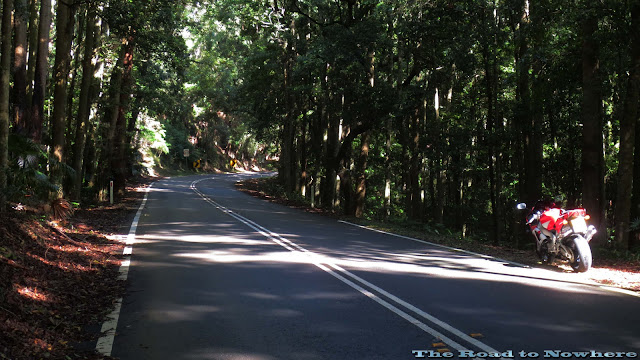 I finally come out near Stanwell Tops to the lookout at Bald Hill. This is a place where bikers always meet. There are spectacular views all the way down the coast to Woolongong. This section of road through the national park and down to Woolongong is Sydney's version of the Great Ocean road on a much smaller and seemingly busier scale. Its also a place where you can hang/para glide from the cliff faces.

It was pretty hard just to find a parking spot today. There were many bikes out today. 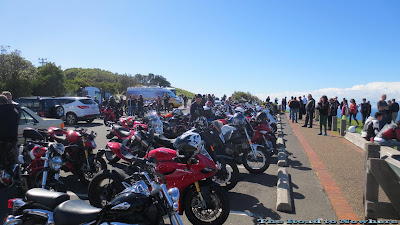 I think that AC/DC's biggest fan must have been out for a ride today. That paint job on this Spyder was just fantastic. So much attention to detail. I'd be scared to death of getting it stone chipped if I owned it. 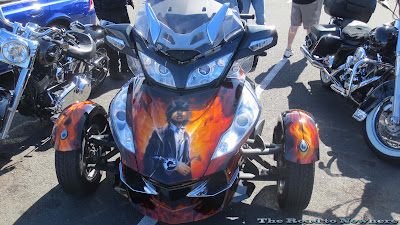 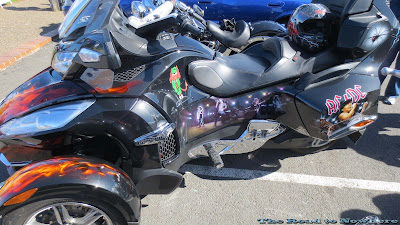 I sat here in the sun warming myself just watching all the para gliders and bikes coming and going. It was just so relaxing I think I spent about an hour just watching. 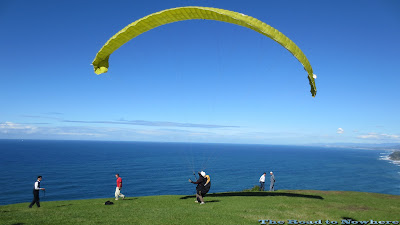 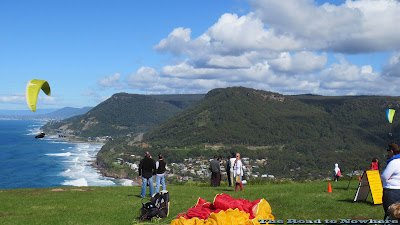 It was now time for some lunch and I knew there were a few places south of the bridge to stop for lunch. One guy on a Blackbird I was talking to recommended the Scarborough Hotel. I thought that this sounded good, so thats where I headed for. 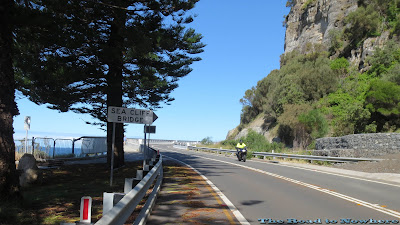 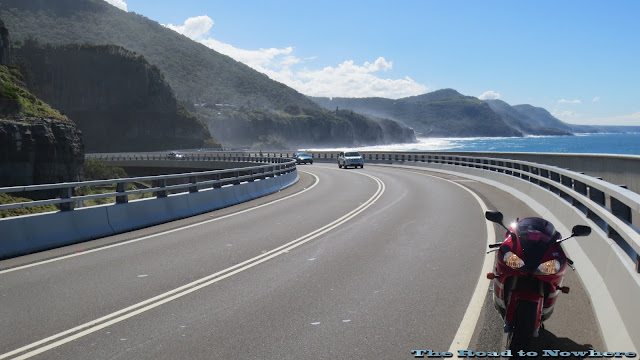 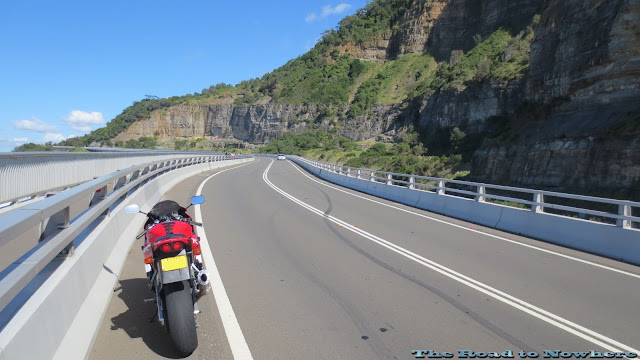 After riding over the bridge I stopped at the Scarborough Hotel for lunch. To say they were busy would be an understatement. The place was packed to the proverbial. I ordered a steak with chips and salad and it was a fantastic meal. 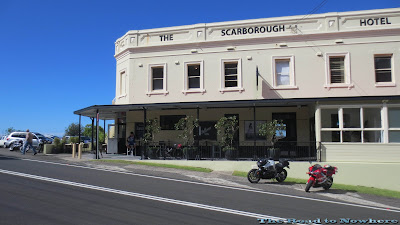 All in all a great day out for a ride. The royal national park is a bit like the Old Road in Sydney. Most likely a a good ride on a weekday but a cop magnet on weekends for bike riders.
Posted by Steve at Saturday, April 27, 2013 9 comments:

This is following on from the comments on the last blog post about how lazy I am for not moving my bike for the photo. I don't know about these wild allegations that are started on the interweb it's just slander I tells ya, but just to prove that I'm not the lazy slob that everyone thinks I am, I did actually move my bike to take a photo in front of the bridge. The reason I used the other picture was because I wanted a different angle of my bike. 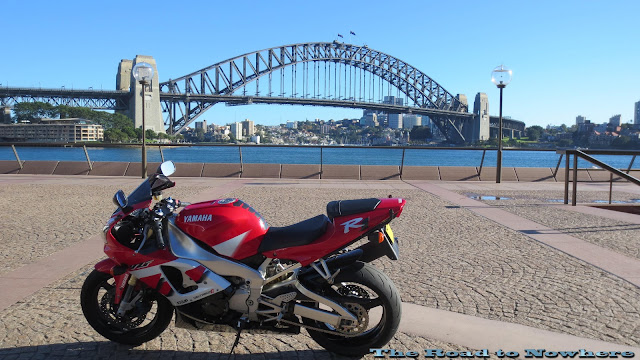 Cool Places to Park a Motorcycle

Gary over a Flies in your Teeth has issued a blog challenge to post up an picture of your bike at an interesting place. 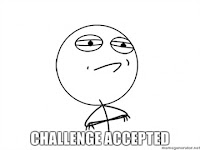 Mr France!
I had lots more photo's to post up but I have slimmed it down to just 3 photos .
This first photo is obviously at Sydney's iconic Opera House. 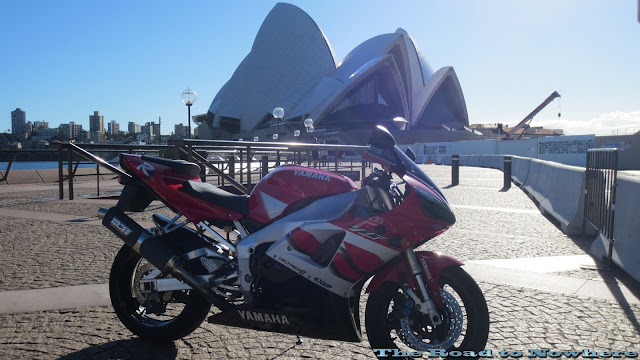 The next photo is another of Sydney's great features, the Sydney Harbour Bridge.
﻿ 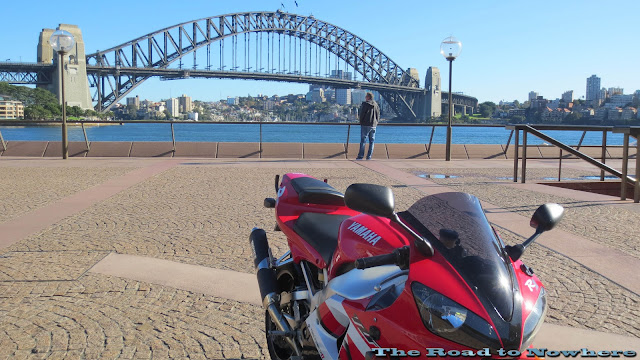 The last one is at Sydney's Luna Park at Milsons point. 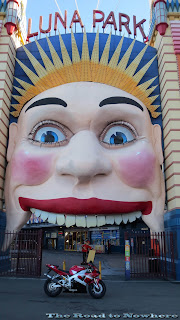 One does not simply ride into mordor, or do they?

I'd received an email from my brother a couple of weeks ago about taking a week off next year in either march or April and planning a motorcycle holiday. As soon as I saw it I thought great when can we get started and where are we going. Thoughts flew around my head of places we could ride to and where we should go.

I had thoughts of should we go north to rides starting with the magic motorcycle road in the Oxley Hwy, then on further north onto roads I've not been like water fall way, Gwyder Hwy, summerland way and all the great biking roads in northern NSW and Southern Queensland OR we could go south to great roads in the NSW Snowy mountain and Victorian Highlands like Clyde Mountain, Brown Mountain, Bonang Hwy, the great Alpine way, Elliot's way, Towonga Gap & Falls creek rd and snowy mountains Hwy. Some of this country's greatest motorcycle roads thrown in there.

There were many thoughts crossing back and forth on my mind about a week long trip and the endless possibility's that we could do some serious touring. Then my brother suggested that the tour does not necessarily need to be in this country.

I have always wanted to do a trip around New Zealand and now my brother has put it on the table. This is one place that as soon as I saw it the first time I said to my wife I have to come back here and ride it on a bike. It's one of those bucket list things, like a once in a life time opportunity. I wonder if there are 3 or 4 intelligent kiwi bloggers that have ridden the South Island that may have some great route suggestions? 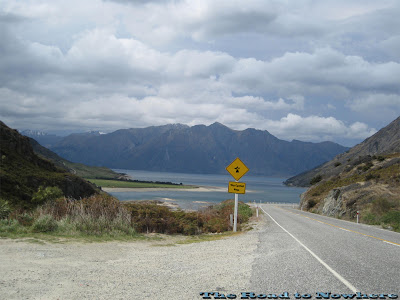