My radiator guards had come in so it was an early morning trip to the bike shop to pick them up and the rush home to get them fitted so I can get out on another ride. I thought that I'd have the guards fitted up in about fifteen minutes but it took me a while to work out have to get the new bikes fairings off. That was the easy bit the hard bit was then trying to get my hands in at the top to slip the cable tie in and around again. This took me about 45 minutes just to get the cable ties in. Talk about near impossible. Everything has been compacted in on this new R1.

Finally with the guards fitted up it was time for a ride. I didn't quite know where to go but I picked up Bushpig on the way to where ever. He was a bit under the weather so to speak so we decided on a short ride, that way I wouldn't run out of fuel and we could get some lunch. It was decided we would head up to Pie in the Sky at Cowan on the Old Pacific Hwy and play dodge the highway patrol. 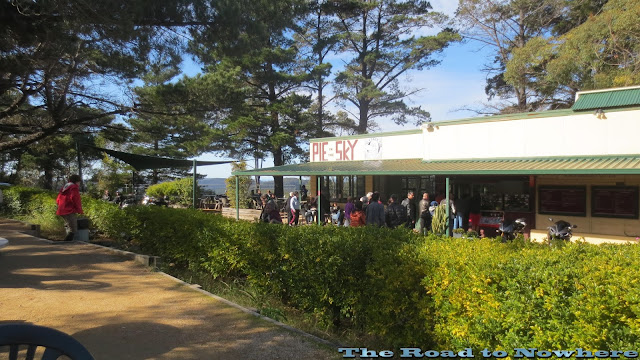 The run up to the Old road was bumper to bumper Saturday morning peak hour traffic. I'm glad we now have legalized lane filtering which made it a lot easier. I must have passed several hundred cars and saved at least 10 minutes of being stuck in traffic. Who's idea was it to come this way?

The twisty bits start just out of  Cowan so time to try out this new bike. It was eating up the corners for breakfast and coming back for seconds. The new R1's corning is so sweet, I found myself hooking in fast then realizing it wasn't fast enough so I could still wind on more. Oops gotta be careful its only a 80 zone and it was so easy to go over that. Not long after we were sitting out the front of Pie in the Sky scoffing down one of their best pie's and a drink. Geoff's mate and all round good bloke Paud turned up on his 1098 and we sat around shooting the breeze whilst soaking up the warm winter rays. A chopper flew low overhead after a few minutes and Paud mentioned there was a rider down on the way up the hill. Two police vehicles and an ambulance screamed back down the hill. Not a good sign, I wish all the best for the rider and hope they are ok. The old road is a very unforgiving road if you get it wrong.

We headed off for a bit of a squirt up the towards Somersby, but only got down the bottom of the hill before proceeding were brought to a halt. The road was blocked due to the previous accident. Looked like a female learner rider. God I hope that she is ok. The police ushered us past on the other side of the road. A few bends later the helipad had the NSW ambulance chopper sitting there by the road. We pulled over to have a look at the bird and one of the crew came over and had a chat with us. We headed off just as the ambulance was pulling up. 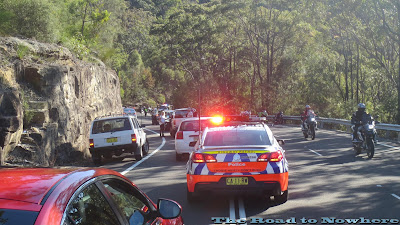 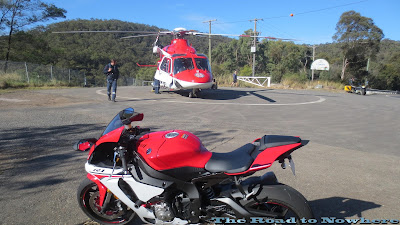 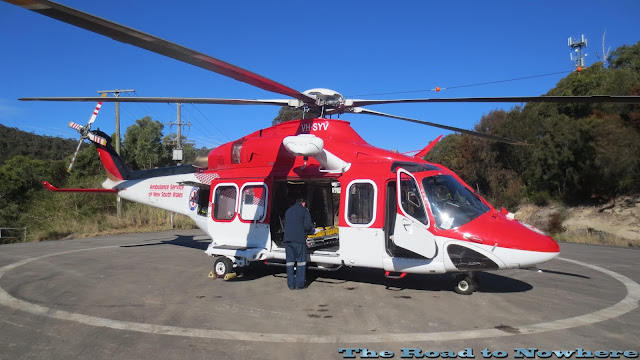 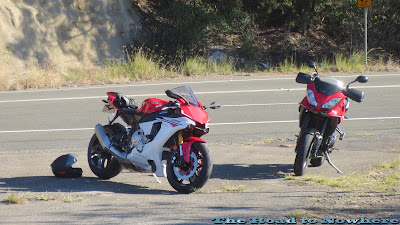 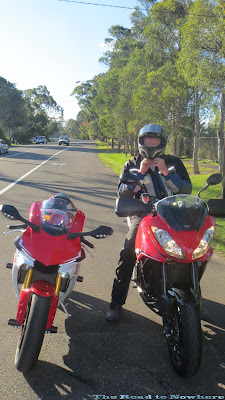 We lost Paud somewhere along the way so he must of just headed home and didn't wait around for us. We got to the top of the road and turned around and headed back down, making sure to be careful. The road was fairly empty now, no police, no ambulances and not many riders. We made a detour on the way home down through the Berowra Waters Ferry and then on home. Woo hoo a successful day out where I didn't run out of fuel Hooray!!!! Its a shame to see a rider down so that was a bit of a downer to an otherwise awesome day. 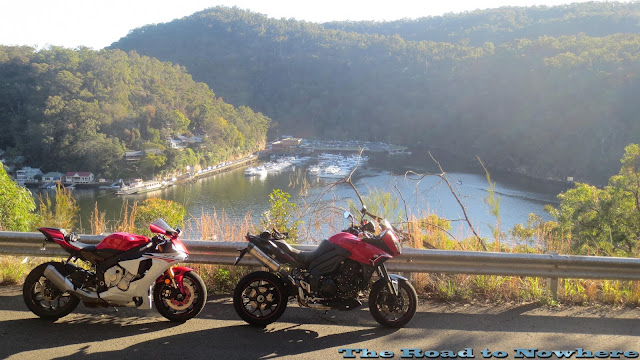 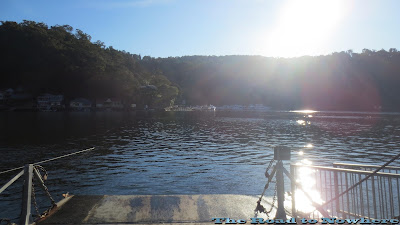 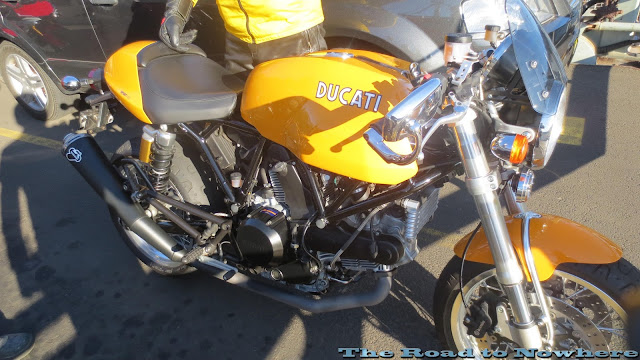 Crossing the ferry we met a gent out on his ducati cafe racer. It was in immaculate condition, I asked if it was brand new and he said it was a 2008 model. It looked as clean as my new R1.

All out thoughts and well wishes go out to the fallen rider. I hope your now on the mend.
Posted by Chiller at Sunday, July 05, 2015