Friday was my RDO and I decided it was time for a ride. It was a cold winters morning as I headed to Bushpigs place to pick him up. We decided to do a loop ride up the Old pacific hwy to Wollombi and then around to the putty road and back home again. Being a Friday morning Pennant Hills Rd was pretty busy so we were lane splitting like bastards to get through the traffic. First stop was in Cowan for some fuel for the MT10. 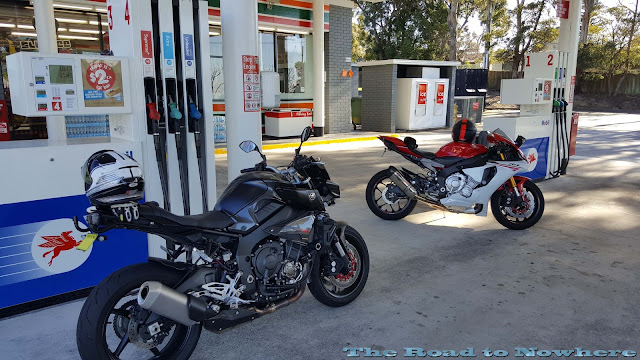 We stopped in at the road warriors cafe for a coffee. Some of the corners were covered in water where the road was covered by tree's and the sun couldn't get through the tree canopy to dry out the road. It was very cold riding through these sections so we took it quite carefully.

Next stop was in Wollombi for a short break. After the coffee and cold sections of road I was busting to go so I stopped at the rest area in Wollombi. We parked the bikes next to a row of about 8-10 wheelie bins. I noticed an asian lady park her car when we were walking off.


When we came back the asian lady backed out and knocked 2 of the wheelie bins flying from the back of her car. We erupted into laughter. She got out and saw us laughing and then I said to her"Gee lucky we didn't park our bikes over there" pointing to where the 2 bins were now laying. She looked down like a scalded little school girl and sulked off to pick up the bins and hurriedly got in her car and left. 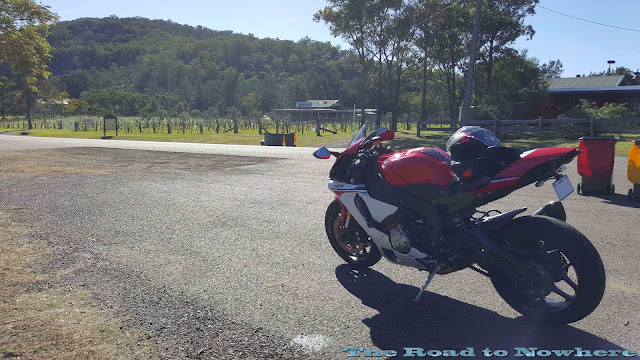 The ride up from Wollombi to the bridge is narrow and rough but after the bridge it opens up a bit and gets much smoother. I really enjoyed the ride after the bridge up to Broke where we stopped to top up the tanks. The plan was to stop for lunch at the Grey Gums on the Putty rd. 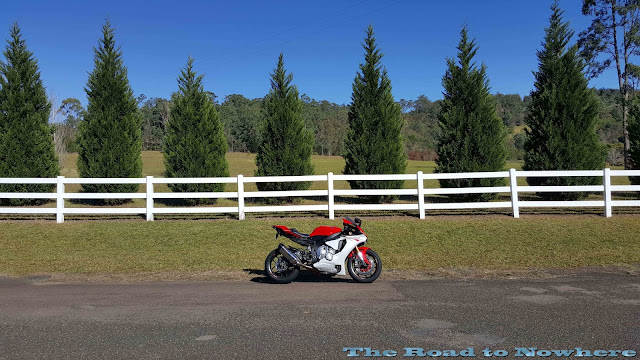 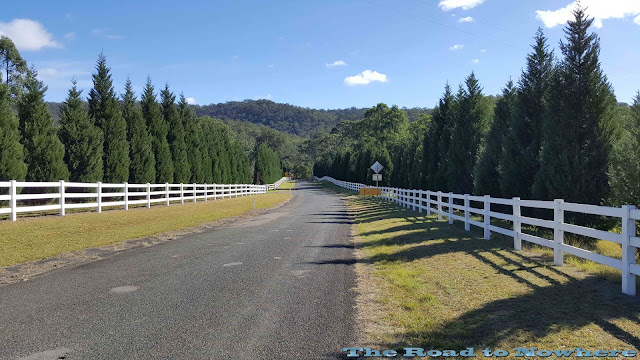 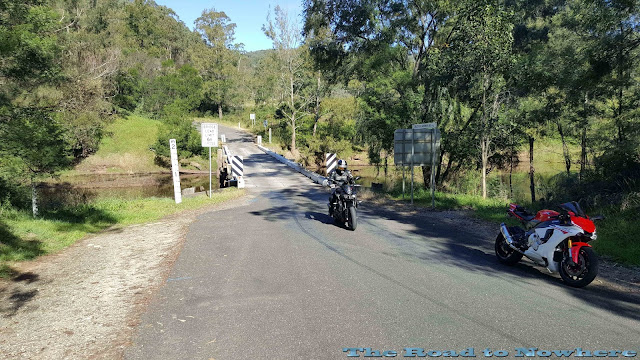 After the fuel stop in Broke we swapped bikes and I got to ride the MT-10. The upright riding position was great I really liked it and the engine felt like I was back on the R1, brutal power all the way from the bottom end. It just wheel stood out of the petrol station and down the road. I noticed in the 10mile that I was having a little trouble with throttle control as it was on/off like on my R1 before I had it flashed. Maybe it was because I wasn't used to this bike and the upright seating position I might have been snapping the throttle on and off too quickly. It handled the twisties very well. I could see myself trading in the R1 for one of these later on. It felt like you sit inside this bike not on top like the R1. The engine was pretty much the same although it did lack some of the mid range and top end punchiness of the R1 engine. Swapping back to the R1 and the remaining twisties felt like the R1 was on rails so much more precise than the MT10. Must be the riding position that makes it feel this way. 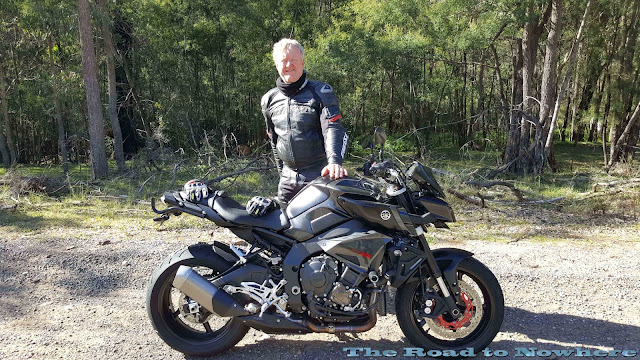 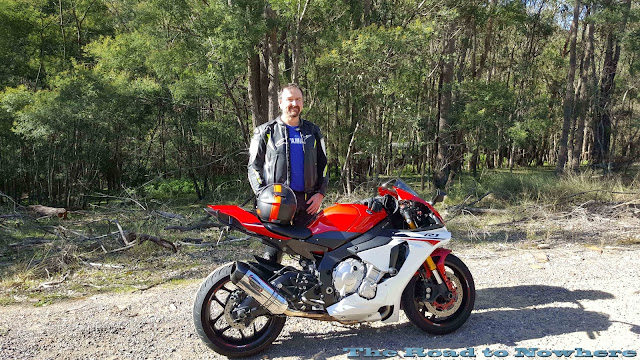 We stopped in at the Grey Gums cafe for a coffee and spot of lunch. There was only a handful of people about being a Friday and all but it still took 25 minutes for them to make me a simple chicken burger. I only ate half of it to as it wasn't that good, at least the coffee was fantastic.


We left and headed for home. The run down the twisties at Colo Heights was one of the best runs we've had through there in years we didn't hit any traffic whatsoever and we blasted along at a fun spirited pace. What a great way to spend a Friday.