Sunday was a glorious sunny winters day here in old Sydney town with a top of 18°C. The wife and kids were still in bed at 9am so I decided I'd head out and enjoy a ride around some local roads that I haven't travelled in some time. First up I'd misplaced my key from last ride. Checked everywhere, jacket pockets, desk etc with no luck and finally found it where? Yes in the bikes ignition from last ride. Lucky no one was breaking in to steal it.

Just a short ride today so I thought I'd do the two ferries of Sackville and Lower Portland with lunch at Wisemans Ferry Hotel. Heading up through Maralaya and Cattai I turned down Sackville Ferry Road.

First stop for some pics was just after I'd crossed the Sackville Ferry Crossing, there's a little elevated lookout on the Windsor side where I grabbed the camera for a couple of quick pics.


A group of 12 Goldwings came down the ramp and filled up the back of the ferry. Here's one of the colourful wings above with the ferry half loaded with wings below. 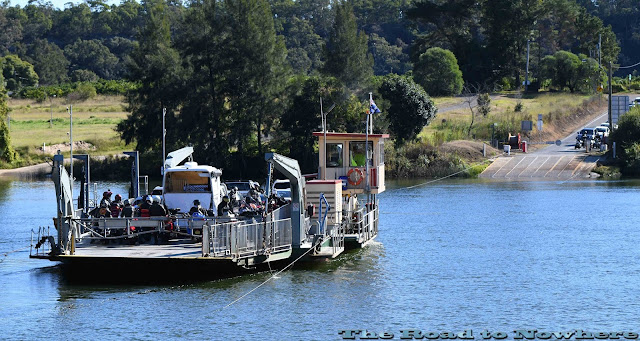 Sackville and Lower Portland Ferries cross the Hawkesbury River. The river is a great location for water skiing and as I was sitting there taking these pics a ski boat flew through, followed by the skier. 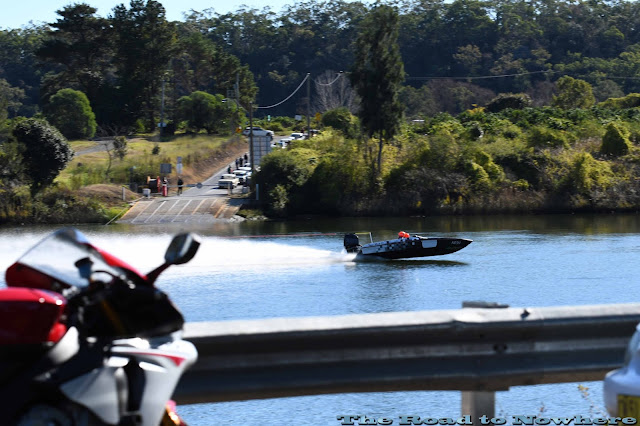 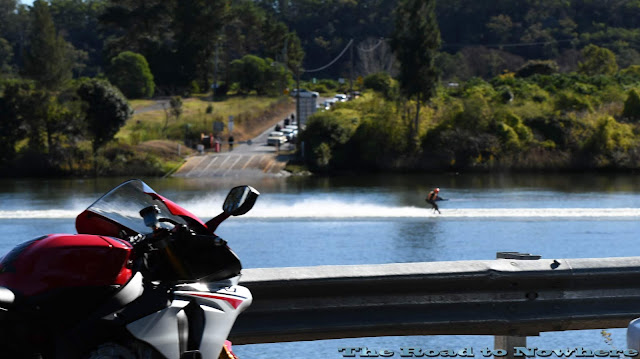 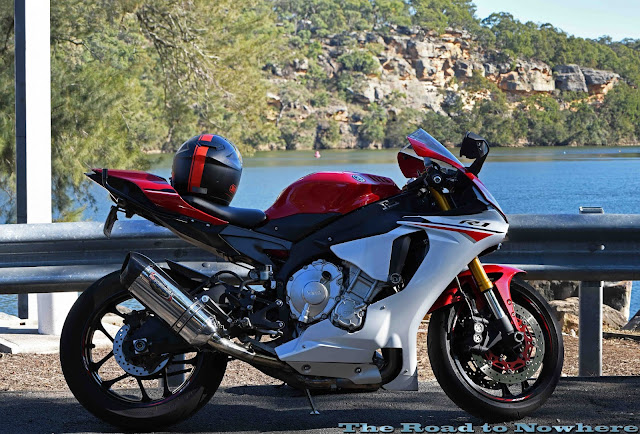 I moved on along the West Portland road and up into the hills. There's some nice countryside on the outskirts of Sydney but I've notice how the city is gradually moving out into these areas, one day to be swallowed by the urban sprawl. I stopped on the Greens Road bridge for a look and couple more pics before moving down to the Lower Portland Ferry. 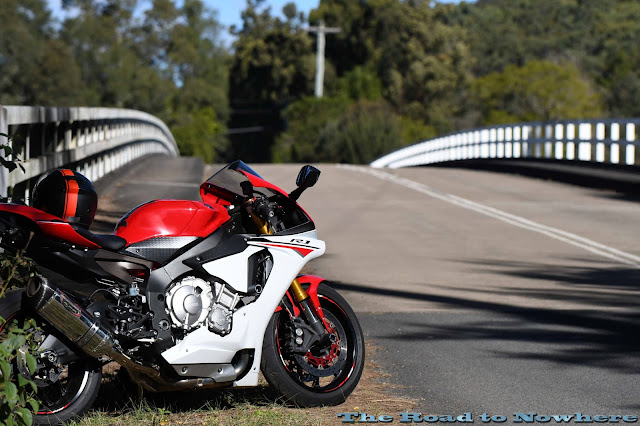 These were the only police I saw out today and there was no chance of them giving me a ticket unless I rode into the river. 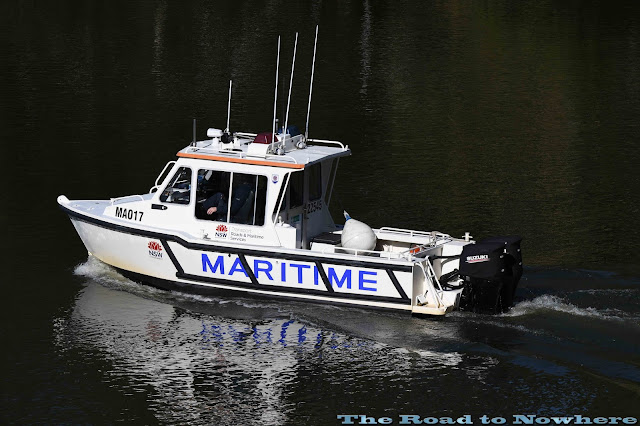 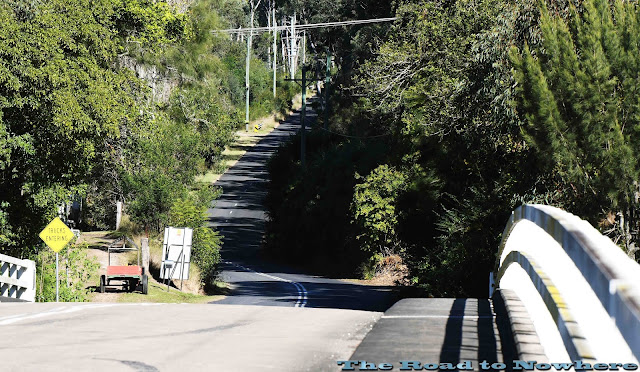 Arriving at the ferry gates I was surprised I was the only person there and got pole position on the ferry. There was a father and daughter out fishing along the river bank.

Disembarking the ferry puts you on River road, which you guessed it takes you along the river. There are sand stone cliff faces on one side of the road with river views on the other side and the road is very narrow here, making for slow going but is still a fun ride.

I was surprised to see some autumn colours here with it being the middle of winter, very pretty. 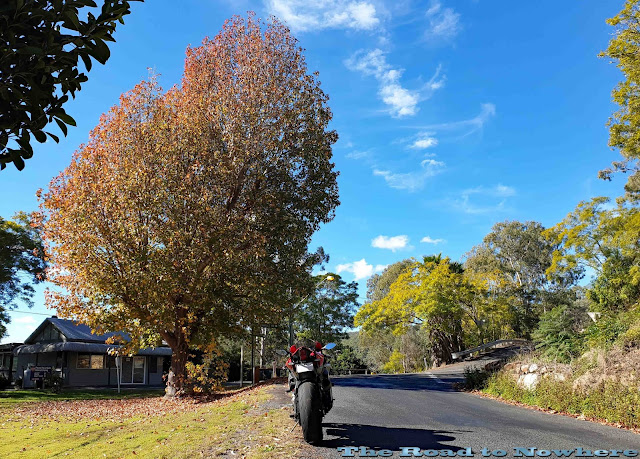 As you can see below not much room for 2 cars along here with rock faces and over the guard rail is the river. 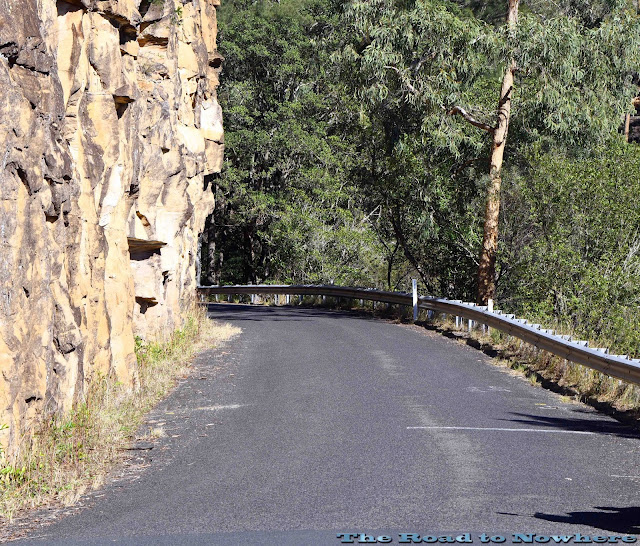 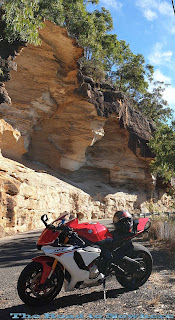 This sandstone rock face is cut right out and hangs right over the road. The sign said no stopping Rock falling. I couldn't see any falling rocks so I stopped for some pics.


This whole area of the Sydney basin is covered in sand stone rock formations and well out into the blue mountains. It can be quite amazing in the right light.

All these stops for pics I was starting to get hungry. I checked the time and it was 1:40pm. So I decided no more stops and get into Wisemans Ferry Hotel for some lunch. 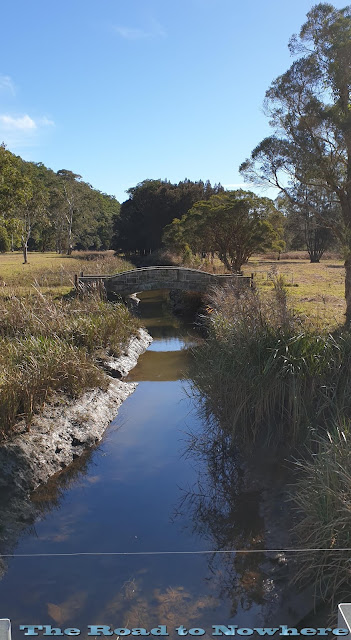 Wisemans Ferry Hotel is always a popular lunch stop on a sunday afternoon. There are always many bikes here plus Sydney day trippers, it's a great little spot and they serve great food too. I decided on the fish and chips for lunch and it was as delicious as it looks.

It was around 2:30pm by the time I rolled out of there with one last stop at Hawkins lookout before heading home. A short ride with one tank of fuel but an enjoyable day out. I'm missing my wingman Geoff as the rides have been few and far between this year. Hope your back on the bike soon mate, you're missing out on these glorious winter days and rides.