Two rides in one weekend

Yes it's hard to believe I know but the drought is over and I got out for 2 rides in the one weekend. Hallelujah brother Amen! The lord must have been shining down on me this weekend either that or he'd fallen asleep and I caught him off guard.

Yes siree Bushpig and I got out for a short ride for lunch. We headed up towards the half way house on the Putty road today. It was perfect riding conditions another 23°C winters day with not a cloud in the sky. Gotta love these Sydney winters.

Riding up Windsor road there were Highway patrol cars and motorcycle police bikes everywhere, must be a blitz on today, that's not good just have to keep the speed in check, not as easy as you think when you own a 200hp ballistic missile it actually takes a lot of concentration to stick at the speed limit on one of these babies.

Filling up the tank at Wilberforce we made our way up to Colo and on through the twisties. Bushpig and I got split up a bit here as he was a speeding but I was being a good boy and who did I see in the middle of the twisties, yes that's right another mobile tax collector, looks like he just did a u turn to chase another bike going the other direction.

Passing by the Grey Gums cafe there must have easily been over 100 bikes in there and there was also a HSV club outing, they followed us out from the cafe headed north.

We soon arrived at the old halfway house and there were a few bikes in here today to. 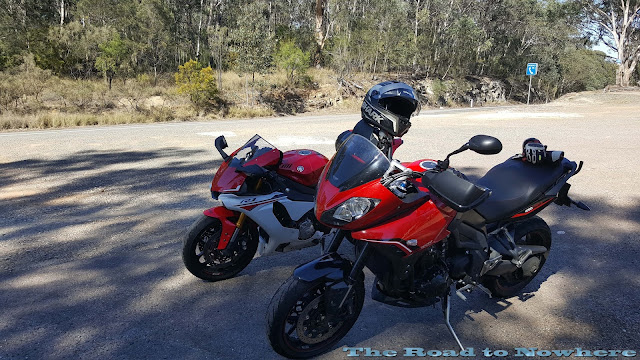 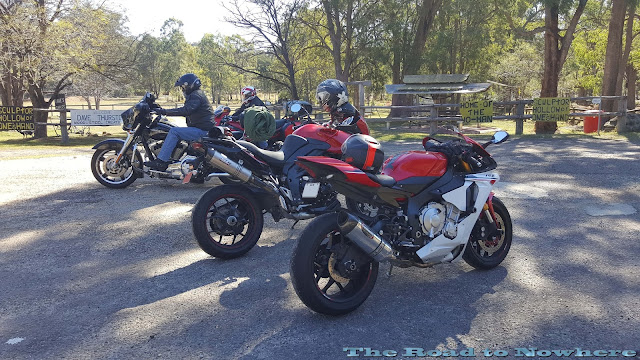 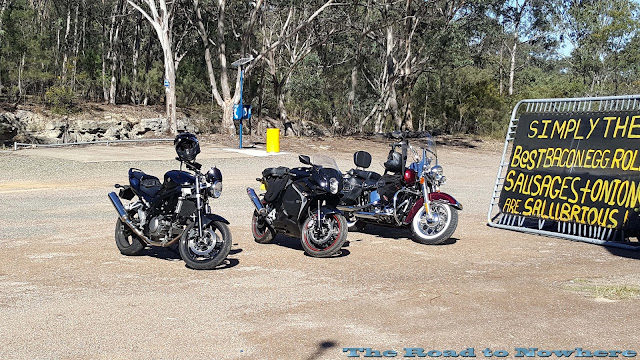 I might ad here that the hastily written and obviously dodgy signage is factually correct. The bacon and egg rolls are salubrious. I love them with a health dose of pepper! Mouth watering. 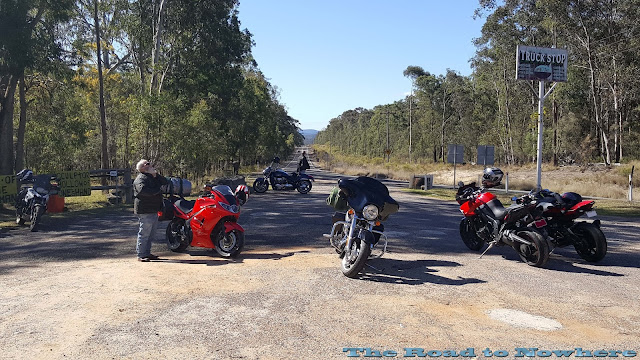 We met one of Bushpigs friends from the pub here who was on his way back from the Vietnam veterans ride so we had lunch with Sam and his mate. There was a constant stream of bikes going past today and why not it was the best day for it. It was time to head for home though and we turned our bikes around and rode back down towards Windsor again. 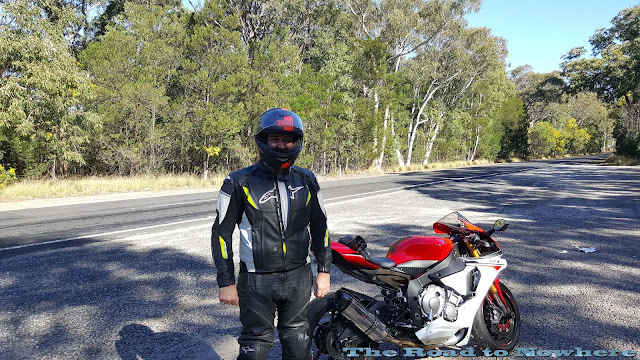 Another fantastic day out on the bikes, since I've had the gearbox fixed under the recall the bike has been going great and I think I've now got it nailed down how to power wheelie the thing too but that's a story for another day

Friday was my RDO or rostered day off at work for those not in the know of what an RDO is. I had a thousand and one jobs to do at home which I started the first one which was painting the back patio. As it warmed up a bit I was eyeing off the bright blue sky's and thought to myself wtf am I doing here painting and not out riding? I am I stupid? Don't answer that. back in Feb 2015.

Well let's just say that I hurriedly finished the painting and got straight on the bike and pointed it in the direction of the nearest twisty road. Luckily due to the painting I'd missed the Friday morning peak hour traffic and it took no time at all on the M7 & M5 motorways to get down to the southern side of Sydney to ride through the Royal National Park. The last time I'd ridden down here was when I had Scooterbob back in Feb 2015. 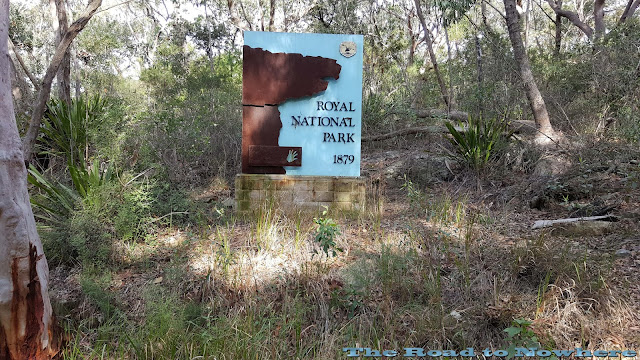 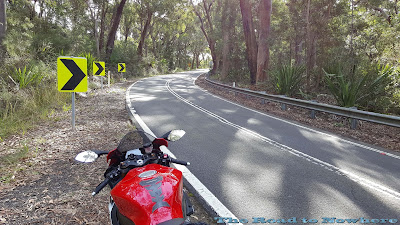 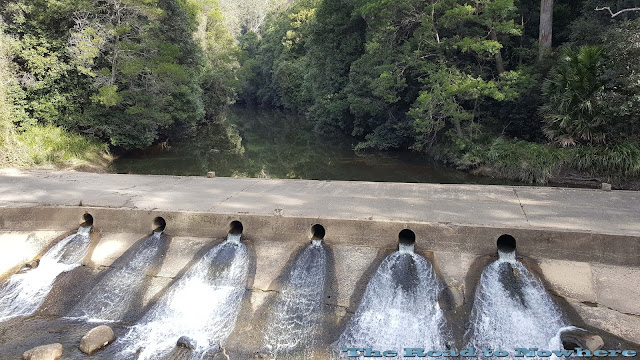 I missed riding in from the top end of the Park near Sutherland preferring to ride into the park via Waterfall and down directly into the twisties. There were quite a few bikes out today which surprised me a little bit being a Friday and all. I suppose that there are a lot of other bike riders out there that also have an RDO or don 't work Friday's, that or they just called in sick to work and went for a ride. 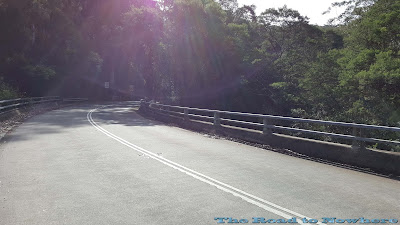 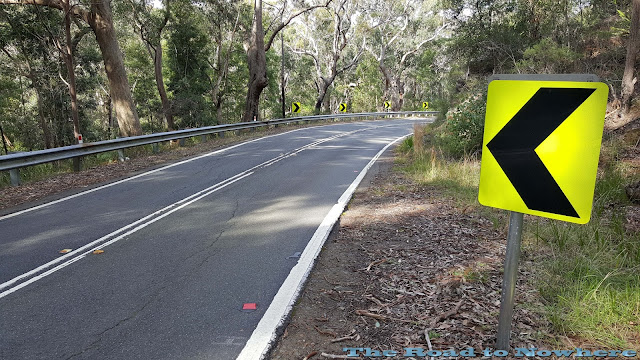 It wasn't long before the 14kms of twisty bits were dispatched and I'd popped out at the look out at Stanwell tops or Bald Hill as its called. Spectacular views from up here and I enjoy it every time I come here. There were a lot of bikes up here today and I had a chat with a friendly young guy riding a GSXR750. 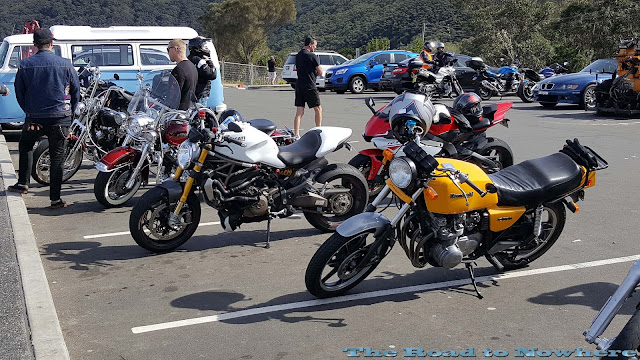 There were two friendly little parrots walking around the lookout looking for some stray food that any of the tourists might have dropped on the ground but I had nothing today little fellas sorry. 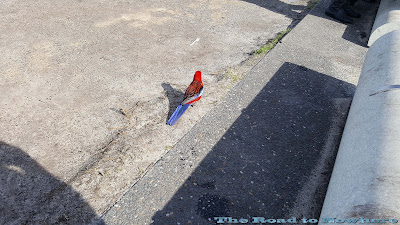 It was not lunch time and I fancied a burger and beer and knew just the spot for it. I would ride down over the Sea Cliff bridge and on to the Scarborough Hotel for lunch. Its an expensive pub but the views really make up for it and I only do this once every couple of years anyway. I'd stopped at all of these places with my old R1 and thought I'd get some pics with my new R1 at the same locations. 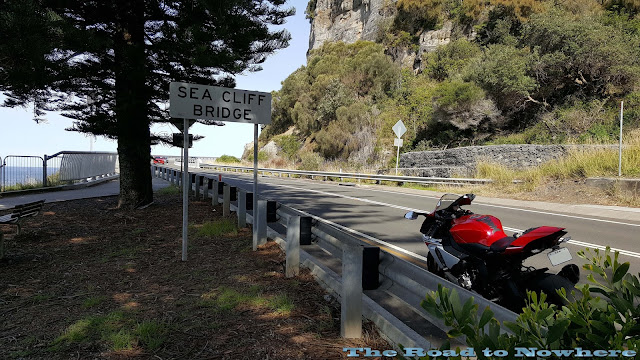 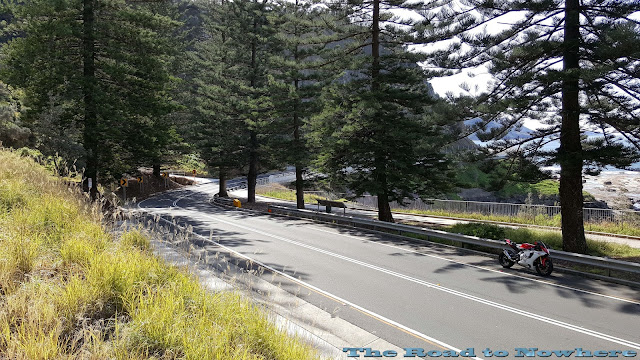 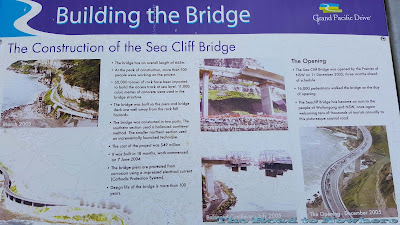 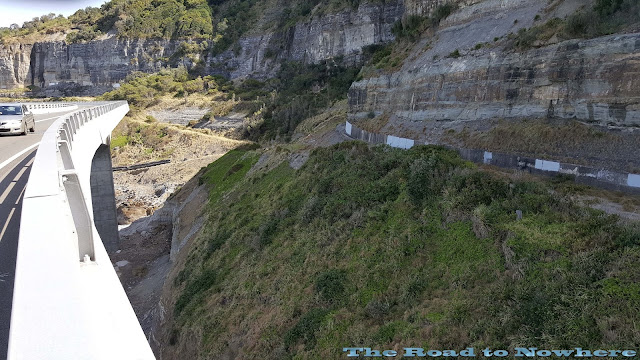 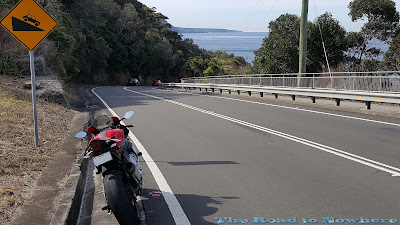 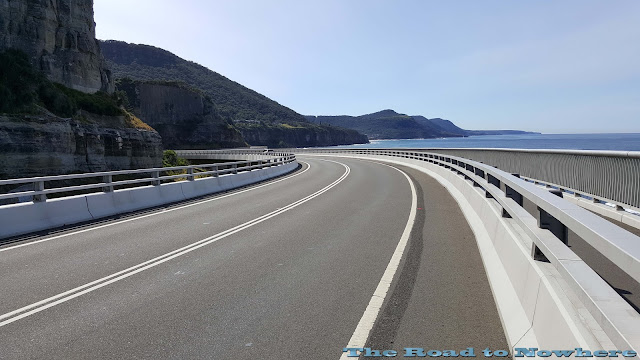 The Scarborough Hotel is not very far down past the Sea Cliff bridge and is usually very busy on weekends and it was friday lunch time today and they were already busy. There were a few bikes parked in the carpark today but looks like I got pole position out the front! 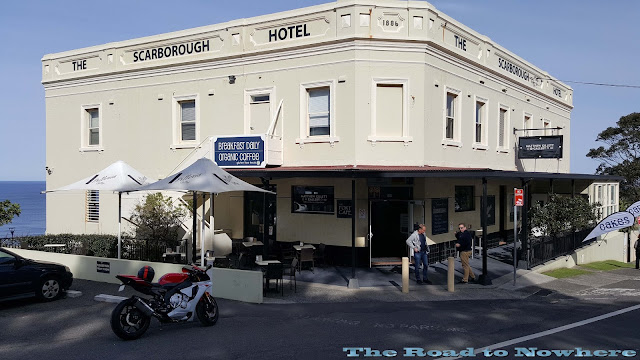 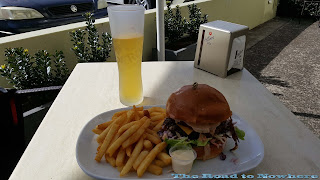 The burger and beer was absolutely delicious but was a bit big and I couldn't finish it all. After lunch it was a reverse of the trip down with a few less stops. All up a fantastic way to spend my day off on a friday.