The Worst Tyre ever

So finally the rains had stopped nad I managed to get the bike out for a ride on these new tyres. I always check my tyre pressures before every ride, however I didn't check today as I checked them 2 weeks ago, seriously how much could they lose in 2 weeks.

Immediate as I pulled out of my driveway and into the round about 30m away I felt that the tyres were absolutely horrible, in only 2 bends. WTF?

I got to Geoff's and immediately asked for a tyre gauge, front was down 6 psi, back was down 5 psi. In only 2 weeks, wow. Maybe this is something tubed tyres do perhaps? As my tubeless tyres on my R1 would last months before losing this much pressure.

Now pumped up to the correct pressure we headed off. I noticed that they were better but not that much and there was something seriously wrong with how the bike was now handling on the front tyre.

We rode out on only a short ride to Nattai and viewing the Warragamba Catchment area. In 50kms I had recognised that this tyre was shite, the 50km return confirmed my initial thoughts. 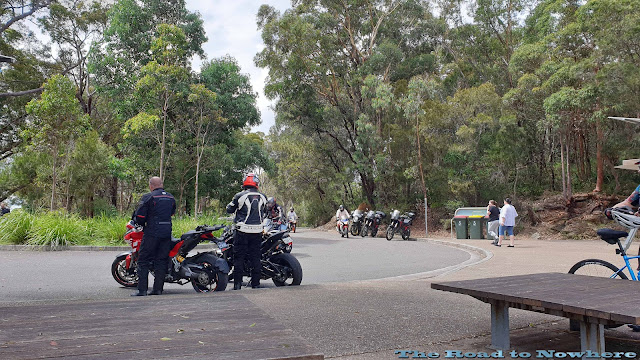 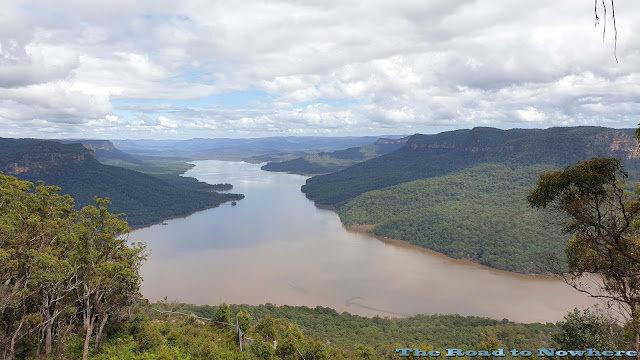 After all the recent rains we've had the catchment area was brown and murky from all the run off, this flowed out into the ocean from the Hawkesbury river and could be seen by satellite.

My issues with the front tyre:

This is the WORSRT TYRE I HAVE EVER USED in 30 years of riding make no mistake, I have no confidence in this tyre whatsoever.
Thoughts crossed my mind, would I get used to it?, or would it be the cause of me crashing due to these issues on my next ride. After  less than 100kms on this tyre I decided it would be much safer to get another tyre, any tyre to replace this one with. Anything would be better.
I had ridden Geoff's AT and he had Karoo3 on it. They felt 1 million times better than the Motoz front tyre. My choice was for a pirelli STR but they had none in stock, Dave suggested a Bridgestone AX41 another tyre I didn't know. At least I knew the Karro3 was good after only 20km ride, so I choose one of those to replace the Motoz Tractionator Adventure. What a crap tyre, I don't know how they sell any of these. Looks like my research let me down. Maybe some of those Youtubers were sponsored as I can't believe them saying how great this tyre is when in fact its absolute rubbish.
So only 1 week to go until my ride comes up and I'll be away this weekend at a wedding, so no trying out the new tyre. It will be run in during the trip.
Posted by Steve at Wednesday, March 16, 2022 1 comment:

Prep Work Who Me?

I've been well known for prepping for a ride the night before and not having things go to plan. Like fitting luggage rack to my R1 the night before a trip and having it not fit, get the ECU flash tuned and then have the engine light on in limp mode because I'd pulled out the EXUP motor. D'oh.

So then fast forward a few years and maybe just maybe I may have learned from this and have prepped my bike for it's next trip in 3 weeks time. Shock horror I know but I have to be sensible sometime.

First up was to fit up a set of radiator guards from Rad Guard, which required pulling apart the entire upper fairing pieces. Whoever designed this Africa Twin is indeed evil as it's a little complicated to get apart when you don't know how. 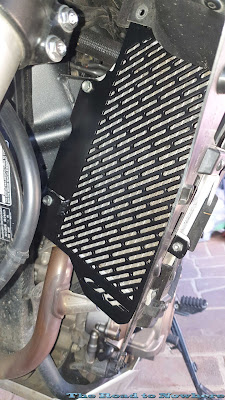 Next was a set of Barkbusters and some heated grips. I got a set of Oxford grips as they were pretty cheap and readily available. The left grip went on quite easily but the right grip got stuck halfway, with the cyanoacrylate going off rapidly I had to give it a quick tap with a hammer that was close to hand. It went on with 2 quick taps, but the grip was catching on full throttle and not coming off, damn. Geoff and Scotty dropped past after their Borowa ride and a bit of WD40 freed it up again. 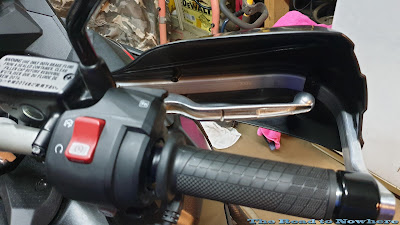 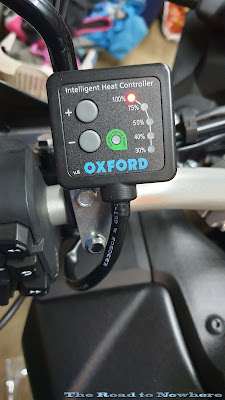 The original Bridgestone AX-41 road tyres on the bike were quite well shagged and in desperate need of replacement. I checked out multiple youtube videos on adventure tyres and road tyres. I wanted to get something a little more aggressive for riding on gravel roads but had no idea what I was looking for, and still don't as I write this. I felt a bit overwhelmed really as I must say this is an area I have no experience in whatsoever. I wouldn't know a good dirt tyre from an asshole or an elbow.
My bro put me onto Tyres for bikes, yeah the ones that fitted his tyre on backwards. So last Saturday I was going to take the bike up but was pissing with rain here. Yep time to take the rims out and take them up and get fitted, stay dry and with the $60 I saved by doing it myself I bought a case of beer. Win Win.
Tyres for bikes is in Dural so about 30 minutes from my place. They have the most bikes tyres I've ever seen anywhere. Plenty of choice here. 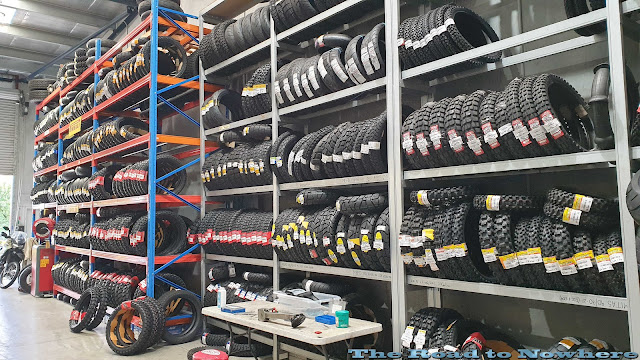 I went in there with a picture in my mind of leaving with a nice set of Pirelli Rally STR, but somehow came out with a set of Motoz Tractionator Adventure tyres. Err dunno how that happened, I went from 80/20 Road/Dirt tyre to 20/80 Road/dirt tyre. Oh well lets see how this adventure turns out I guess. I felt much better when I got home and my bro asked what I got and he says "Worst front tyre ever"........ 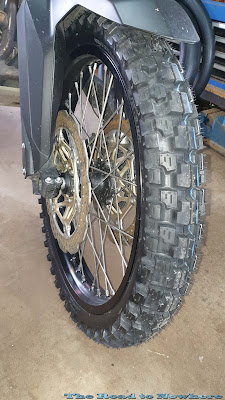 Well only time will tell, if it is shit then it's only $170 down the drain and I'll put something else on. Suggestions welcome from the adventure riders. So far we've been inundated with biblical rain for the last 2 weeks and haven't had a chance to take it for a spin to try them out.
So the last bit of kit I got was a new set of gloves when I was in MCAS Auburn picking up the heated grips. My gloves had been pretty much worn out for the last year, the velcro keeps coming undone and the finger tips are starting to get tears in them so a new set was on the cards. My old Alpinestar gloves had 3 velcro straps to do them up which was quite painfully slow to be perfectly honest, so I wanted to get something with only 2 straps at most. I was happy with the old gloves aparts from the 3 straps so a new set of Alpinestar SP8 came home with me. They have a touchscreen device friendly finger tip on each index finger which should be good for using the phone or screen on the Africa Twin. 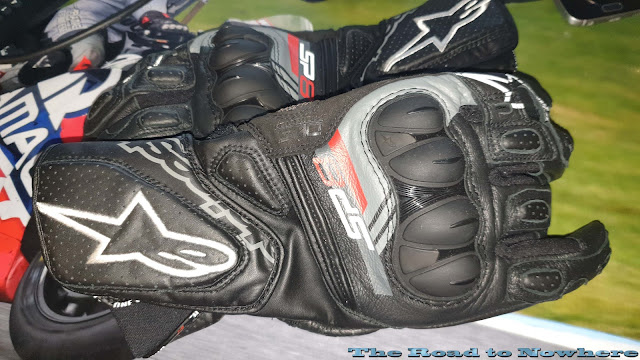 Hopefully the rain will stop soon so I can get out for a test ride on these tyres and decide if I'll keep the front or not. Only 3 weeks now until another BIG trip.