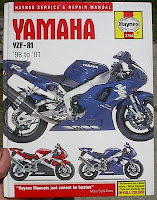 Anyway the R1 is ready for our spring time which is poking its head out at the moment. Just one more little hurdle to get over before getting back out there........ stay tuned.
Posted by Steve at Wednesday, August 29, 2012 10 comments:

I saw this cool centre piece when I was in the city today so I had to stop and take a photo. I wish we'd stopped here for a drink instead of up the road.

Where are those whacky Kiwi's now. 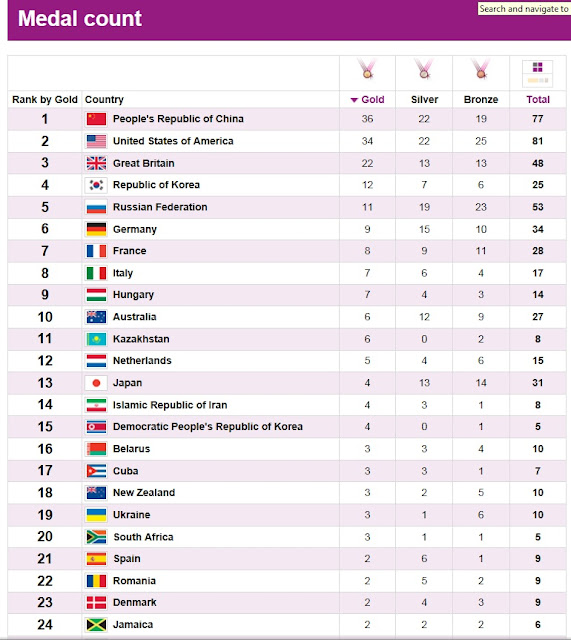 Well then Roger my Kiwi friend lets take a look at the medal count now and see how Un Zed is fairing......

Whats that you say? Where is Canada? Who can tell, maybe they went of drinking.
Posted by Steve at Thursday, August 09, 2012 8 comments:

It's winter here and there's not a lot happening on the riding front so I thought I'd review the SIDI boots that I bought last year. It been about 12 months now so I thought I'd give a quick rundown on how they have performed over the last 12 months. Of course these things are highly subjective and these are just my thoughts on the boots. 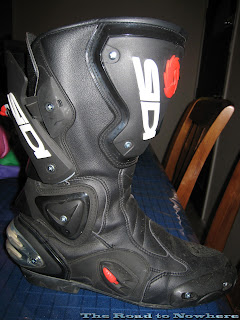 When I first tried the boots on in the shop I was wearing jeans which are not as thick as my leathers which I normally wear inside my boots so that's exactly how I tried them on. When I zipped them up I thought geez these things seem a bit tight I wonder if I'll get my leathers into them. I ummed and rr'd about weather to purchase them or not. I liked the look of them and they felt ok just a little on the tight side when zipping them up. So I  though she'll be right and go with them anyway.

I took them out for a short ride only about 30 minutes. First thing I noticed was that they didn't squeak when I walked in them like my alpinestars did. I had trouble changing up gears for the whole of the trip. The boots seemed pretty stiff and didn't flex very much. I guess they have to be like this for safety reasons. Stops your foot from going into angles it's not supposed to. They actually fit my leathers inside the boot better than my jeans.

The next ride I went out for the entire day which you can read about here. After a little walking in them and a bit of riding I got accustomed to them and they seemed to flex a little better. I really noticed the ventilation system in these things on the very first ride, they worked great. It was pretty cool out in the morning but it warmed up by mid morning to the point where standing around in black leathers in the sun started to get uncomfortable. I had started to sweet a bit in the warm sun. When I hoped back on and got underway I could feel air flowing in over the bridge of my foot and around the back of the heal cooling down my foot. It felt strange at first. My last set of boots never had ventilation as I thought of it as just another place for water to seep in. That's not much of a problem these days as I tend to not ride much anymore in the rain if I can help it. The vent is also very easy to open or close when on the move which is a bonus.
It was a bit strange at first feeling the air flowing around the heal of my foot as it felt a bit like the boot was too big and my foot was right at the front and I had spare space at the back of the boot, so I kept trying to move my foot back to the back of the boot which was quite impossible because my foot couldn't move inside there as they were a snug tight fit. The air flow was making me think that they were loose. It took me a little while to realise and adjust to it, but now is no problem.

After several rides now these boots feel like they have worn in and fit perfectly. They feel very comfortable to walk in and I reckon I could walk in them most of the day they are that comfy. Even though they are not made for that purpose. There also very comfy when riding as well and it didn't take long to break them in and get used to them. The only thing I have noticed is lately the left boot has started to squeak whilst walking in them. Damn, I'd thought I'd gotten rid of that when I got these new boots.

The calf has a little wheel that you twist to tighten the top of the boot up around your calf to get that perfect fit. After working out how this fang dangled technology works its now a cinch to have them done up snug. 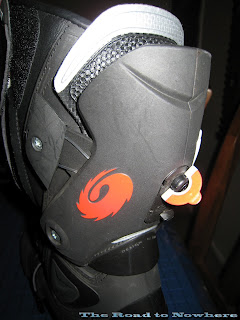 The sixty four million dollar question is would I purchase them again if I was looking for another pair of boots. These types of boots are not exactly cheap to buy but that is not the deciding factor. First and fore most is safety and comfort in my opinion.

Well, would I by again? Hell yes is the simple answer. They are comfortable, fit well and look good all in the one package. The simple fact is that I'll have these boots for the next 5-10 years so they are relatively cheap really over that time and I know that they are comfortable and will give good protection if the unthinkable happens.
Posted by Steve at Wednesday, August 01, 2012 17 comments: