Get your sh!t together mate!

What the hell has been going on?

A ride was organised last Sunday at the last minute. It's the first time I'd been on the bike since November last year. God that's sad. So what have I been doing you might ask?

Well for one I haven't been blogging, and in fact last year was my poorest effort yet. The year that should not be named really took the wind out of my sails you might say. Being a motorcycle travel blog and not being able to get out on the bike really put a dampener on my blogging, managing just 11 measly posts.

Oh well shit happens as they say. I was only busy with work and normal family life, as we didn't really get out much at all last year. I did get out a bit to photograph some bike racing action which I'll post up about a bit later. So I've got no excuses really, just been plain old lazy. Well maybe its time that I got my shit together and got on with it. On and up as they say, there's no time like the present. Time to start looking for a new bike as well as I haven't done squat about that either.

So on Sunday morning I headed off and picked up Geoff and Scotty for a bit of a loop ride. First stop was for a some lunch on the Old Pacific Highway and to meet St Pat who had just bought himself a Ducati 1198 SP the day before. Lets hope this one doesn't end up like the last one did here. Coming down the hill from Cowan I was followed by a motorcycle cop all the way down through the twisty bits in an 80 zone. D'oh. 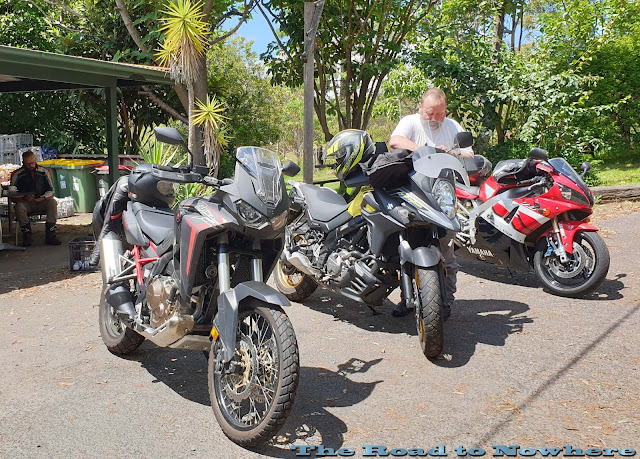 Late last year Geoff managed to pick himself up an sweet looking Africa Twin that he's been using to tour on. Slack bastard hasn't given me a ride yet. What kind of friend is that? Complete selfish bastard!
St Pat's new to him Ducati only had 9000kms on the clock, so it is practically brand new, only just run in. It looked in really good condition as well.
Just as we were a bout to leave a guy came over to talk to me about my old R1. He then asked me if I ran a website with a new red & white R1. It's funny, that's the first guy I've bumped into out on the road that's read my blog. I didn't have a chance to have a decent chat as we were moving off, so if your reading sorry about that mate.
Today was the first warm day we've had in quite some time. It was about 30°C today. We've been shivering through high teens and low twenties, definitely not normal for summer here. This time last year we sweltered through 48°C days and bushfires.
We made our way down to Wollombi. The tavern was jam packed with bikes today and there were hundreds of bikes out on the road. We didn't bother going in as there was too many people about, and the dreaded Covid is still lurking about around Sydney so didn't want to risk it. 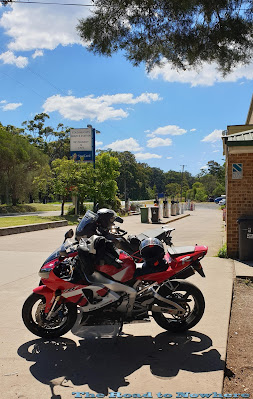 St Pat had to head back home, but the three of us made our way up to Broke in the Hunter Valley for fuel and then crossed over the lower hunter and down through the 10 mile on the Putty road.
There were plenty of bikes coming the other way, all of them giving us the swirly finger. Sure enough there was a highway patrol car sitting right in the middle. He had a bike pulled over on the opposite side of the road, but I couldn't see a rider. I saw on facebook user group later that there had been a accident. Hope that the rider was ok if that was him.
We passed by Grey Gums cafe and made our way to Colo Heights servo. This was the first place we had come to that actually wasn't full of bikes, just a handful. We stopped for a break and refreshing drink and chatted all things bikes and still Geoff didn't let me ride his bike, bastard. 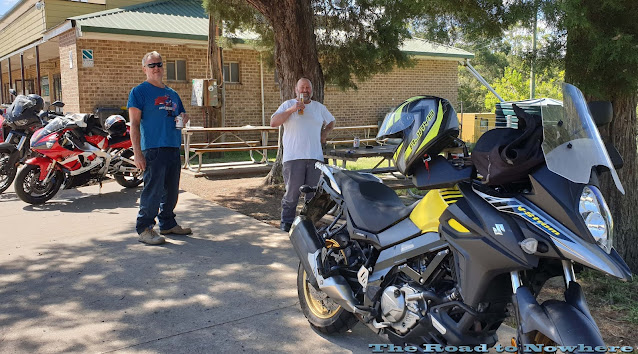 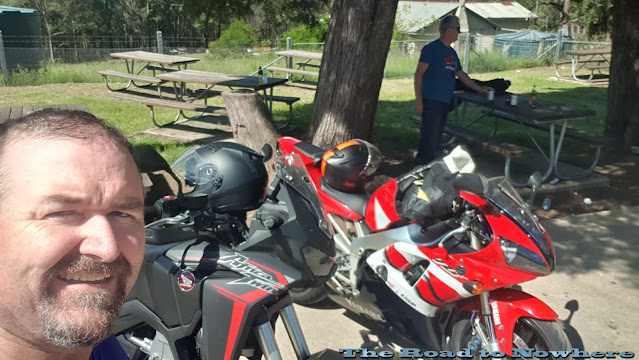 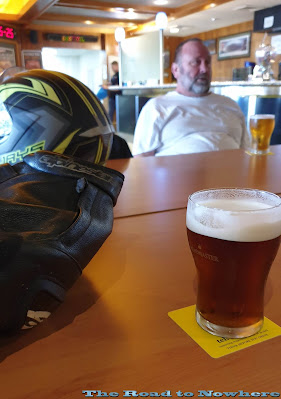 The old R1 felt great out today. It's doing alright for a 21 year old bike. But it's time that I pulled my finger out and got my shit together and got something newer. The old girl is not going to be reliable forever and its just not that comfortable to ride long distance anymore. Still its much better than the 15 R1 was.
One last stop for an ice cold beer before splitting up to go our separate ways. All up a great day out on the bikes.
Posted by Steve at Friday, January 15, 2021