The morning dawned in the best possible way, with bright blue sky's with moderate temps. What better way to start the day. You can't ask for better conditions to go riding in the hills. 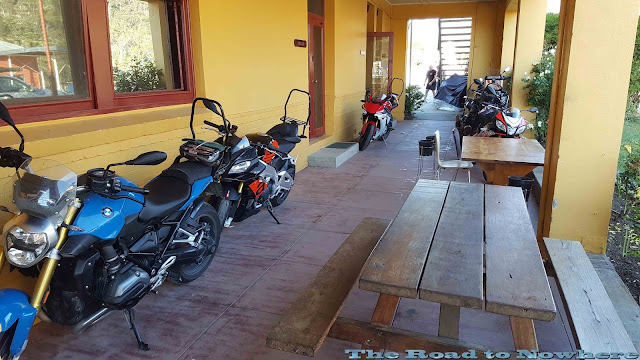 The views from the balcony of the hotel this morning were glorious, being a sunday it was very quiet with just the odd car and a few bikes passing through. After a delicious breakfast we fueled up straight across the road from the Golden Age Hotel. 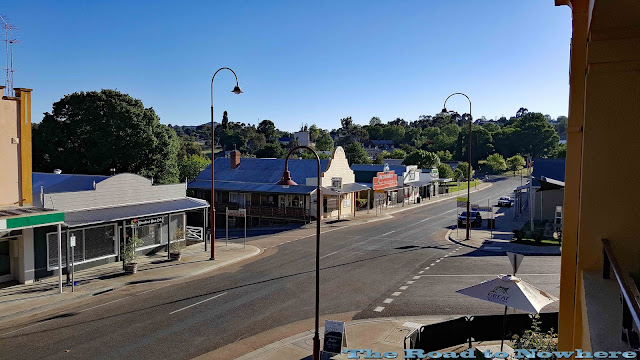 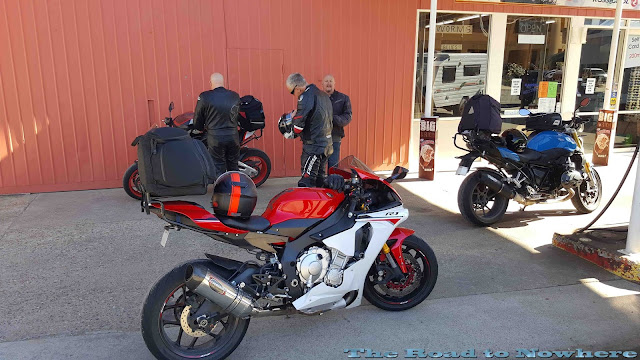 We got under way just after 9am, with today's route taking us out the Omeo Highway toward Mitta Mitta. This is another one of the best rides in this country with over 100kms of corners and mountain scenery all the way from Omeo and into Mitta. There was still a little snow on the peaks up the back of falls creek that we could see along the road. It's funny that the last bend into Mitta is actually the town limits sign. We were having so much fun I didn't even bother to stop for a picture along the road. 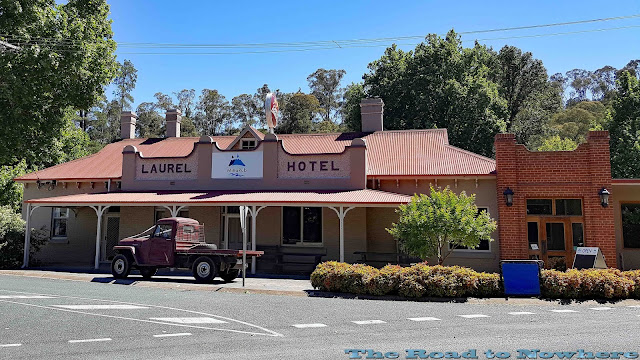 We stopped out side the Mitta Hotel so that everyone could regroup. When I parked up under the tree's here and got off my legs were feeling like jelly from all the work I was doing on the bike moving from one side to the other. Exhilarating stuff and a fantastic bit of road. 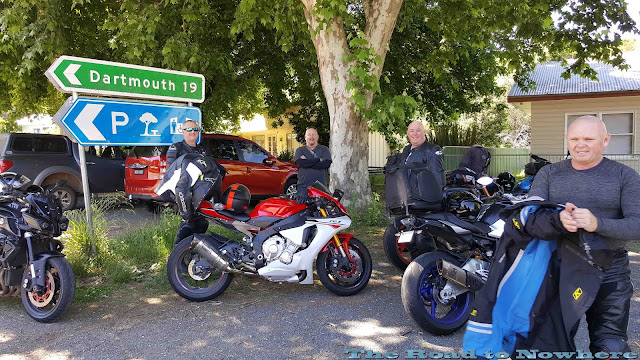 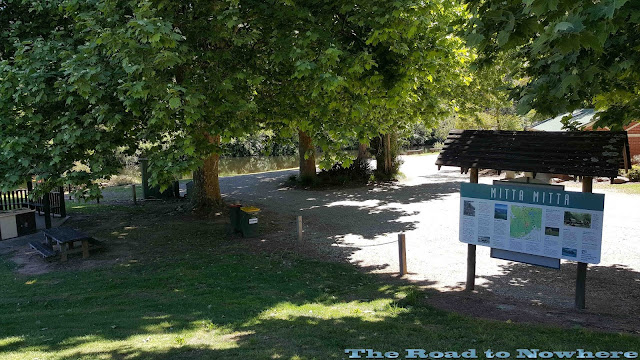 I wandered over into the pub and got myself a takeaway coffee and then a bottle of water from the general store whilst we waited. 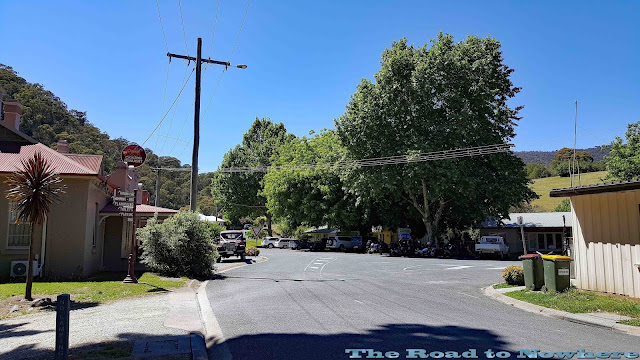 After a short break we were back on the road out towards Tallangatta for a fuel stop. The valley on the way into Mitta surely is god's country. Such a beautiful area down here.

Our route took us up and over the Granya gap or as Geoff likes to call it the Granya Motogp track and then on the Murray River road and on into Jingellic were we stopped at the pub for lunch. 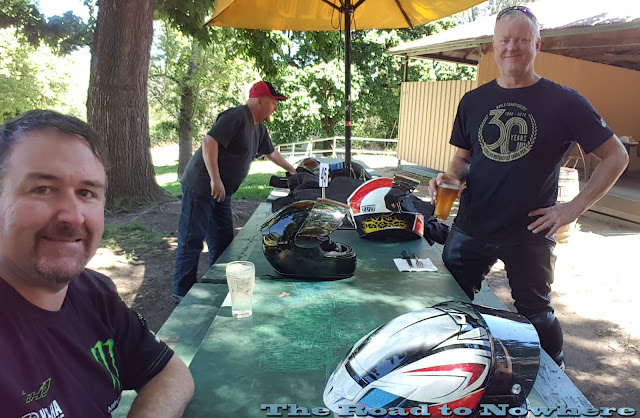 The lunch was nice when we finally got it, they screwed up the order and gave ours to someone else so an hour later we finally all got fed after Margo inquired were our lunches were. Great spot by the river but the service was terrible.

We were now running a little behind schedule and it was time to put the hammer down and get going to our destination for tonight. Our route took us up to Tumut via the forest road near Rosewood then up to Jugiong, Harden.

Just out of Boorowa we hit a short section of road works just out of town. When we pulled up out the front of the Shamrock Hotel our bikes were covered in mud and white cement dust. Remember those softcocks who didn't want to get their bikes dirty on the 11km of dirt on the Bonang yesterday. Yep you guessed it their bikes were now covered in crap, we laughed our asses off at that one. 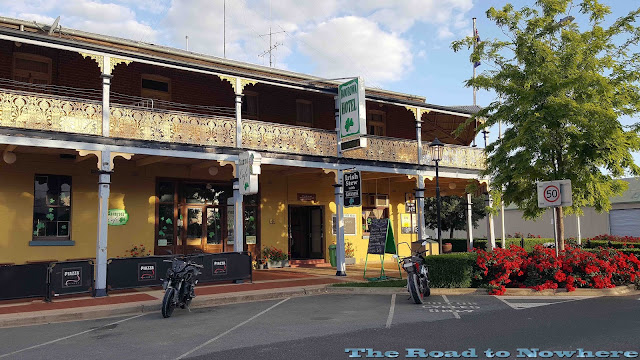 I must say the rack of lamb at the Shamrock hotel bistro was absolutely fantastic, I'd definitely get that again. 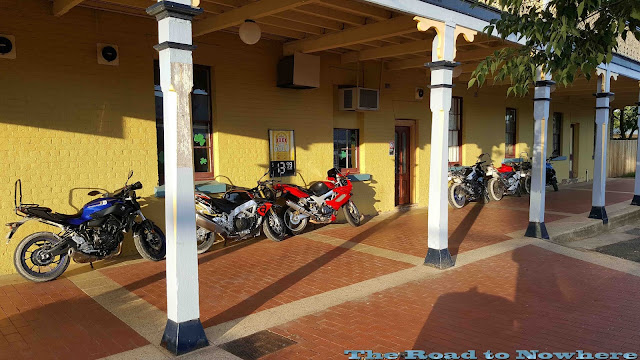 Bruce met up with us here for the night and ride home tomorrow and it was good to see him again. You can see the cement dust all over the bikes and tyre's, Geoff had it all over the front and back of his leathers too, so it looks like his nappy didn't work at all. The nappy was a macca's tray he cut out to fit on his rack to stop the water and mud flying up.

Another 524km day and we were pretty happy to be having beers in the pub by days end.