Our annual trip into the Victorian Highlands was on again last weekend. However it didn't exactly start off to plan. Stopping at Stu's we waited for Geoff to arrive. Then we had to stop for fuel at the caltex on the M4 on our way out of Sydney. It was here my battery decided that it would throw the dummy out of the pram. Two failed push start attempts later and I decided I'd ride home on Geoff's bike and get the jumper leads as my place was the closest. Damn R1 and their AA sized batteries. 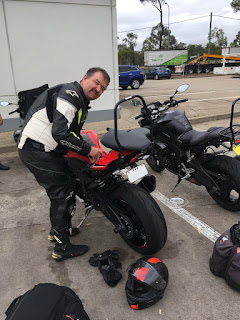 Did I happen to mention Sydney peak hour is a bitch? Oh well. After 5km and 50 minutes later we jumped it and got under way later than expected. We made our way down through Kangaroo Valley which was shrouded in cloud as we descended down the mountain and met up with the other guys outside the pie shop, how convenient. Dave had rung the local bike dealer in Nowra and sourced a new R1 battery. Funnily enough the 2015 R1 takes the same size battery as a WR250 dirt bike. Thanks Dave least I won't be stuck in Omeo(butt fuck nowhere) with a dead battery. Luckily we had some locals to lead us through Nowra in next to no time. Thanks again Dave.


From Nowra we made our way via the Nerriga road down to Braidwood and on down the Kings Hwy.


We stopped in for lunch at Nelligan on the banks of the Clyde river after a beautiful run down the mountain. I'd never stopped in here before. Lunch at the river cafe was fantastic. The best fish and chips I've had in years. Highly recommended. 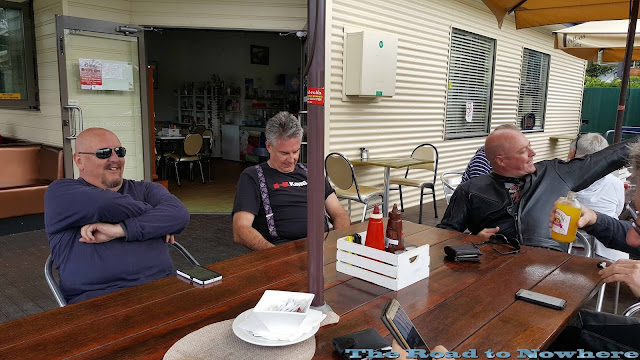 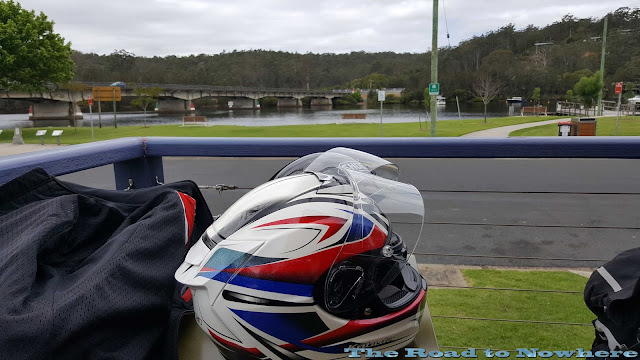 After lunch we refueled in Batemans Bay and continued on down the south coast. There are many great little towns along the south coast and its good riding down here too. Not so much traffic the further south you get. We stopped in at O'briens hotel in Narooma with their Million Dollar views. 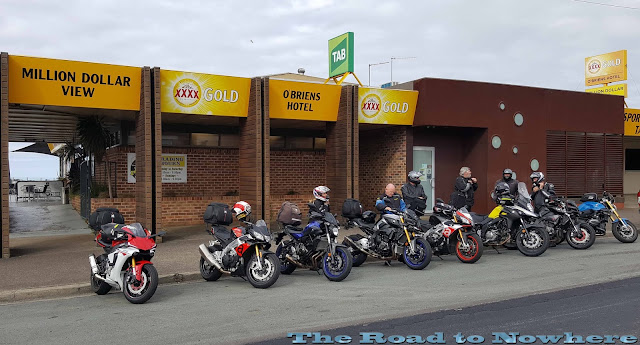 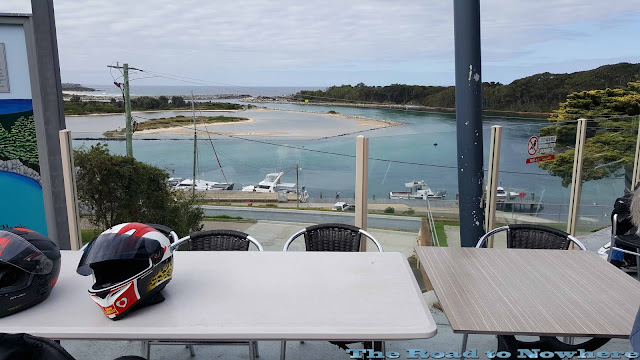 One quick refreshment and we were back on the road for our destination for tonight, the Commercial Hotel in Bega. With genuine 1991 prices for their steak I was a happy boy. Unfortunately the pub was the local young un's haunt and they were playing loud duff duff music until midnight and you guessed it my room was right above the music. I went to bed with ear plugs in to try and subdue the noise. The bass just drove straight through them. I woke up in the morning with two earplugs in my hand so I must have got annoyed wearing them at some stage in the night.

Tomorrow is the start of the good twisty roads.