I just noticed when I was about to hit the publish button for this post that I had 299 published posts, so in 6 years of this blogging gig this is my 300th post. Who would have thought that they would let someone like me clog up the internet with all this guff? The world is a strange place I guess, so on with the clogging.

We had a ride organized over 2 months ago now and last weekend saw that middle of winter ride happen. I'm not sure that was such a good idea but it was the only chance I've had for a overnight ride in a long while.

Setting off from home at 7:30am it was a chilly 4°C and by the time I'd gotten to the meeting point in North Richmond I was feeling the cold. I had a thermal and long sleeve top under my leathers but my hands and legs and body got cold and then it was just uncomfortable. I was the first person there so I got some fuel and looked for a coffee, but the coffee machine was broken so I had to scout along the road and found a coffee shop about 150m past the petrol station. The coffee was good and it warmed up my cold hands.

By the time everyone had arrived and we left around 9:15am it was up to 12°C and was now not so cold. Heading up into the Blue Mountains I thought it would soon get cool again and it did, dropping down to 8°C in places.

We stopped for a break and for everyone to catch up at Bell in the blue mountains before crossing over to the great western hwy and going down Mt Victoria and out towards Oberon. Oberon in winter is a very cold place and they get snow there so I'm not sure that this was thought through that well during the planning?

Riding along on Duckmaloi road we crested a curve over a hill I saw the road where it was completely covered in shadow from tree's that surrounded the road, the surface was covered in white Ice. Yep ICE across the entire road! SHIT was my first thought then I was through it and looked behind and Bushpig went through it no problem. Maybe there is something to be said for traction control after all. Speaking with Dr Kwok later he said he span up and slid through it but we had no problem luckily.
Bushpig and I filled up the tanks in Oberon and the local fire brigade was having a sausage sizzle so we indulged in some of the goodness on offer. We then went looking for the other who stopped at the monkey bean cafe for coffee and morning tea. It was only 8°C in Oberon and that was after 11:30am. I said to Dr Kwok that this is now officially the Brass Monkey Ride to which he agreed. 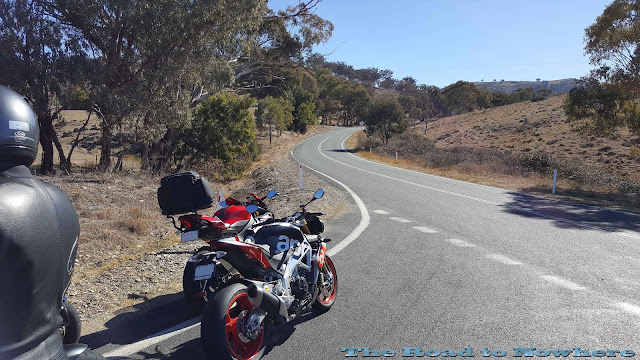 We left and head towards Bathurst and the others fueled up in kelso on the way. The route was to take a new route rather than up to Sofala we headed on a road to the west of that up towards Hill End. The road came to a T intersection that met with the road that goes back to Sofala but we ended up just heading straight for Hill End and the Pub. 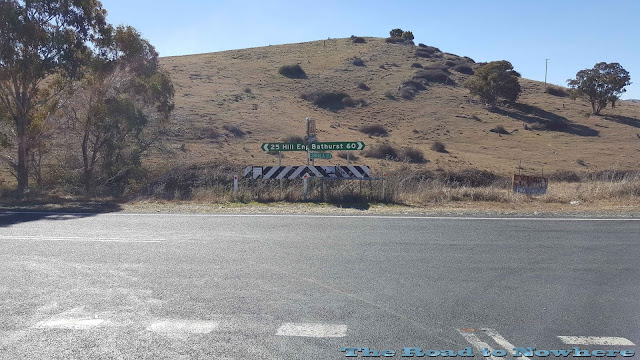 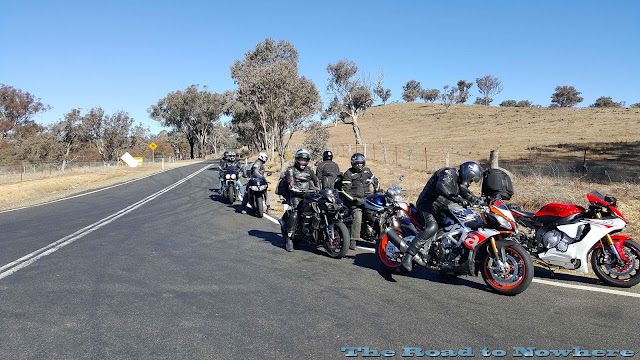 Hill End is a historic mining village which was settled back in the 1800's. There's is virtually no one there these days and it kind of felt like banjo country. There was one pub and one bakery and that's about it. A few houses and streets. The pub was busy when we got there though with a few people out front and back, not so many inside. 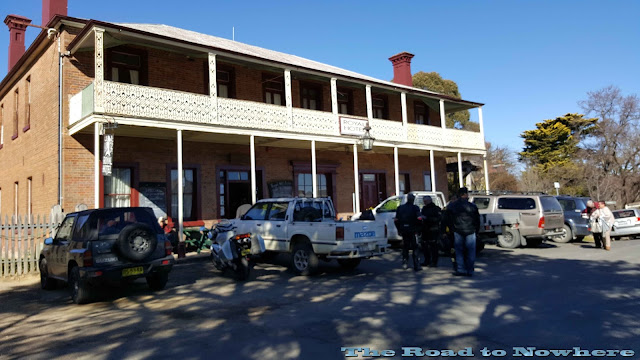 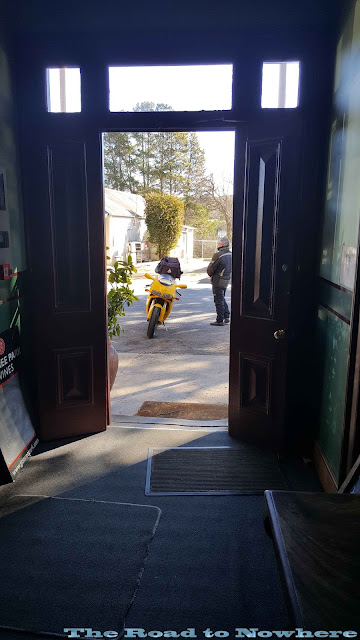 Waynes classic 996 Ducati looked like such a modern icon in this place where nothing had changed in the last 100+ years. I would like to stay here one night as it could be interesting I think. 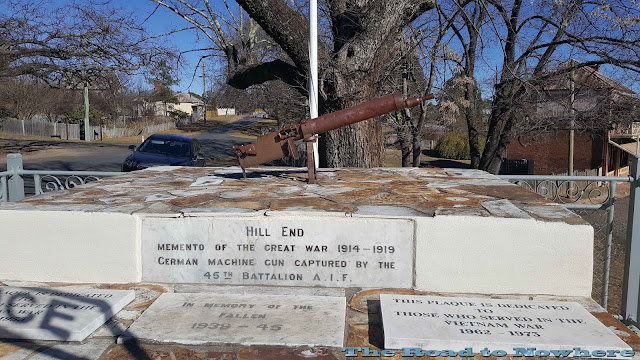 This captured Nazi World War 1 machine gun sits atop the cenotaph in the main street. There were quite a few names on the plaque under neath with some 4 or 6 family members from this one little area that joined the war effort. 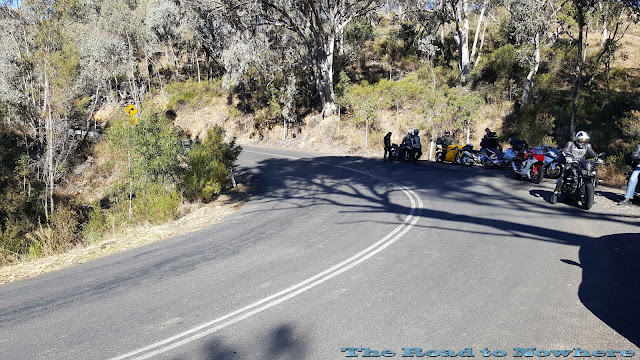 The road out of Hill End to Mudgee is a twisty little gem that deserves a lot of respect, narrow, twisting over crests and blind hairpins its got just about everything. It was along here one of the new guys to the group had a little parking incident, nothing major and the bike was back on its wheels in no time with virtually no damage. 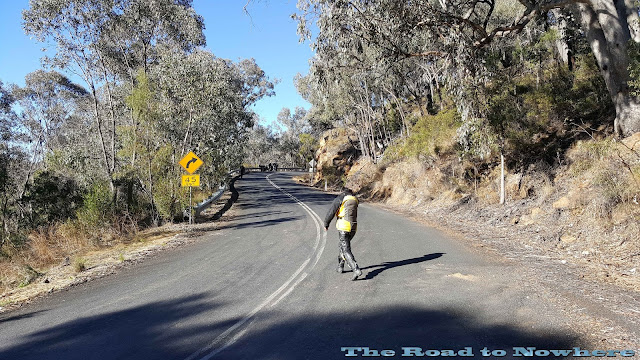 We stayed at the Oriental Hotel in Mudgee and the pub was quite nice, reasonably priced and with spacious rooms. We had hired the house next door and that was also quite big. A nice little pub really but lucky for us they kicked us out by midnight otherwise we could have ended up a bit messy. 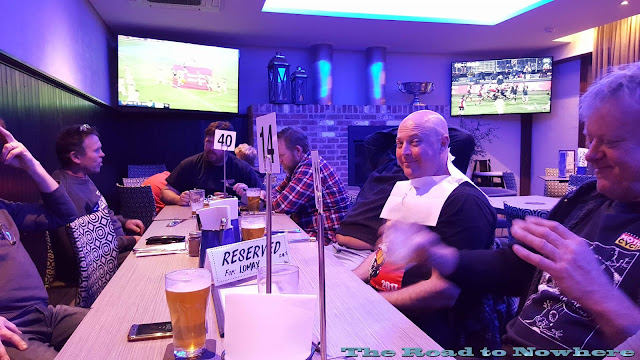 The next morning some of us just made do with a continental breakfast but I felt like something a bit more substantial so we went down to the local bakery and I got a bacon and egg roll and coffee. The B&E roll was good but the coffee was that bad that I could only drink 2 mouthfuls before giving up. 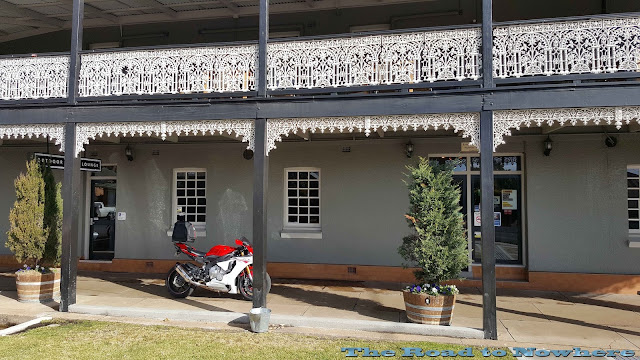 We headed out towards Rylestone and turn North onto the Bylong Valley way. It looks like several bits of the road have been resurfaced since I was here last. Also some of the road had some pretty heavy pothole damage on it as well.

Still it was starting to warm up and was soon over 20°C much warmer than yesterday and it was only morning. It was supposed to get up to 26 today. 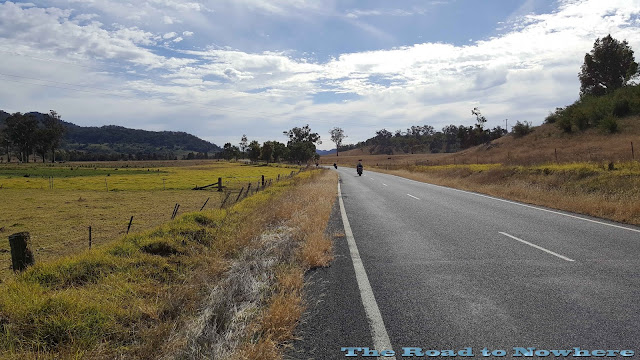 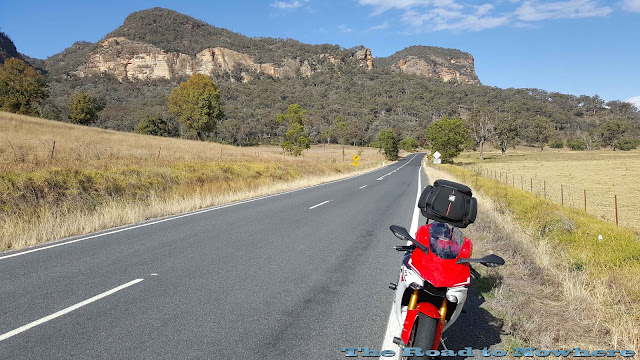 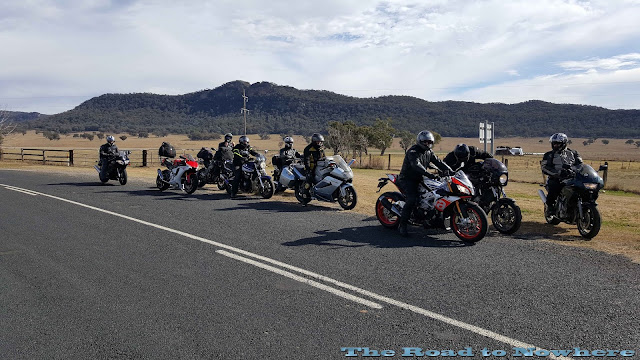 There was a little bit of a stop in Bylong for some bike maintenance, with one chain needing some tlc but by the looks of it was beyond any real help. Best could be done was to tighten it so it wouldn't come off. Yes it was very loose. 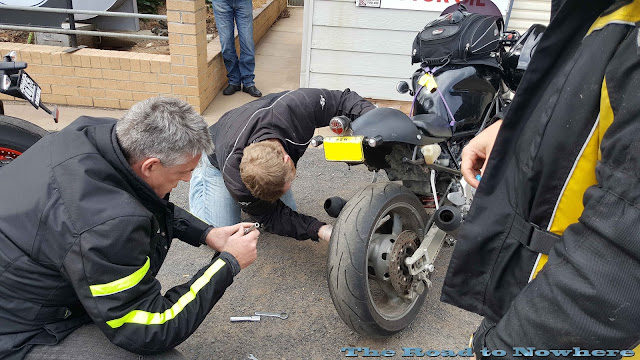 There's some beautiful scenery along the Bylong Valley Way but we were having so much fun just riding along carefree that I didn't even stop to get any decent photos. There's always a next time.

We refueled in Jerry's Plains and then took Walaby Scrub road to Bulga where we stopped at the Cockfighter Tavern. It was their last day of trading as the mine had bought the land and are expanding the mine. Sad to see really. 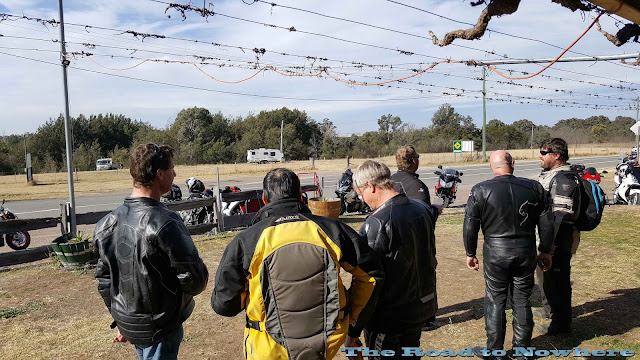 We continued along down the Putty road heading for home, I was wary of tax collectors along here as there have been big blitzes along here in recent months but lucky for us we didn't see any today. 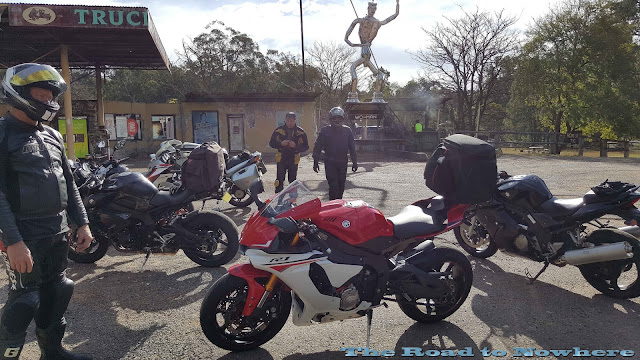 All in a good weekend away with the boys with some new roads explored and new places visited. A top weekend away. Cheers lads till next time. 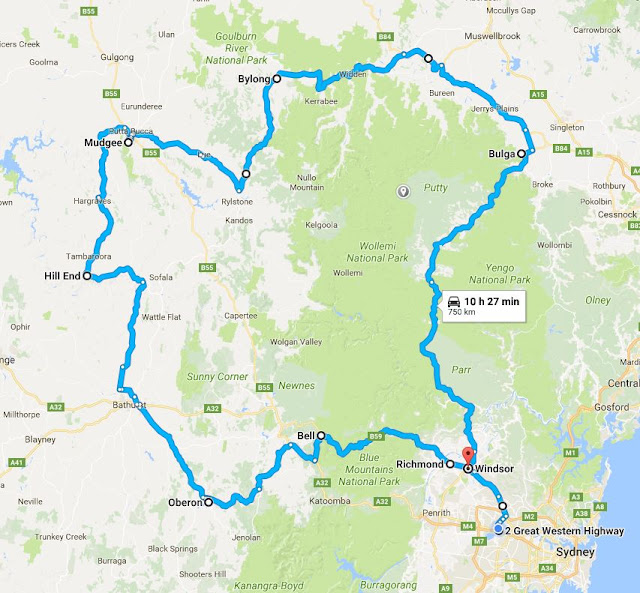