Out with the Old in with the Expensive!

For the last 2 years I've been using my Samsung Galaxy S6 smart phone for photo's for the blog. I have a Canon pocket point and shoot camera that I was using previously to this. It was a good little camera but several things aspired to it's retirement.

I noticed that on several photo's that there seemed to be a hair on the lense, I checked and cleaned the outside but the hair must be on the inside of the camera which has ruined a lot of shots. Here's a shot from last years MotoGP of Maverick Viñales. You can clearly see the hair on the lense. 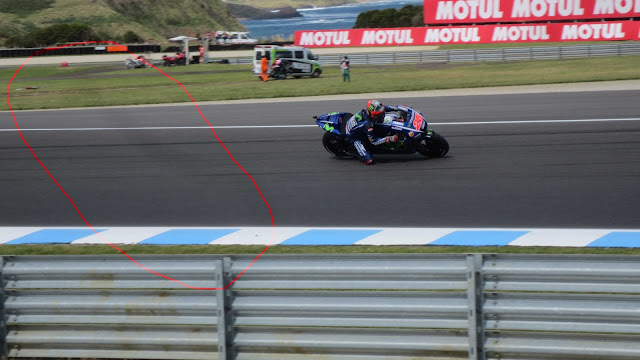 Also now the smart phone cameras have become so good that my point and shoot cameras only redeeming feature was that you could zoom in without any picture quality reduction, unlike the smart phone. It can't zoom much past 1.5 x before picture quality drops. The usb port on the camera failed at some point as well which means I have to take the SD card out and put it in a reader, which in my case is my gopro which is then plugged into the usb port. Another hassle I don't need.

Carrying a phone and camera seemed to me like I'm carrying too many things for no benefit so I stopped using the Camera and just used my phone. And why not, the phone photo's are actually pretty good as long as you don't want zoom.

Phones and small point and shoot cameras are good for everyday photos' but they are severely lacking when it comes to fast moving objects. Motorcycles are fast moving objects. So for many years I've just put up with the fact that I'd never be able to take any decent photo's of fast moving motorcycles etc at places like Phillip Island MotoGP or Sydney Motorsport Park or even by the side of the road.

I've always held a desire to own a DSLR camera at some point so I could capture the photo's that I wanted, but the draw back is that they are not very friendly for packing onto a motorcycle for trips away, or easy to setup for that matter so I've resisted getting one for many years even though the yearning has been there.

Well I finally caved and purchased myself a new Nikon DSLR camera last weekend. I just bought the kit which only had one lense a 18-140mm jobby. I'll be looking at a longer zoom lense soon probably 300mm which should be more suitable for the distances required to photograph motorcycles at the track. 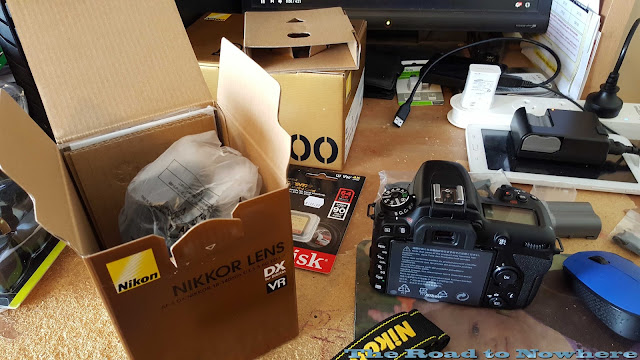 Looking through the 750 page manual and then at the menus on this thing I was blown away with how many settings are actually available. Aperture priority, Shutter priority whats it all mean? It's very much overwhelming to be honest. Learning this camera is going to take decades hahaha. It's a very steep learning curve that's for sure, I've been watching a few Youtube videos to brush up on what setting does what as its quicker than reading the manual to see what the effects and results are.

It's not likely I'll be carrying this around much on the bike and will probably stick with the phone for those trips but I will be using this for other trips to Motogp etc and holidays where it's easy to pack unlike trying to fit this on an R1. 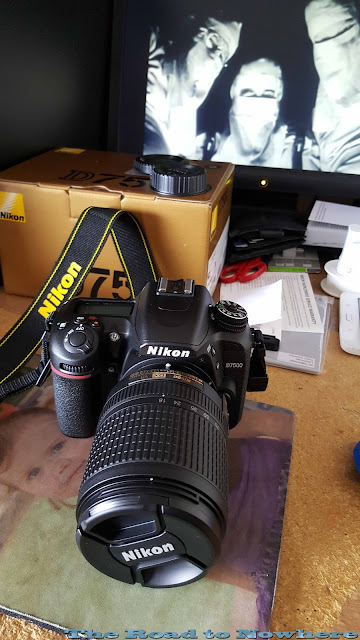 I dropped out to Sydney Motorsport Park today to have a go at using it. I can't believe how many shots you can take with one of these things. I'll post up a few of the better pictures later on so you can all tell me how badly I did with such an expensive toy. One things for sure there's going to be lots of trial and error and plenty of practice, practice, practice....
Posted by Chiller at Wednesday, April 25, 2018