We awoke the next morning to a winter chill in the air, it was about 12°C after yesterday's heat it seemed bitterly cold in comparison. We hit the bakery for coffee's and breakfast before mounting our steads and heading out of Boorowa. Riding from Boorowa through the little towns in between reminded me one of the reasons I left Forbes in the first place. Most of the roads out here are to straight and boring to have any fun, although it got more interesting the closer we got to Crookwell and Taralga which is on the verge of the Great Dividing Range.

Steve decided he wanted to try my R1 along here to which I got to test out his Triumph 675. He'd had the suspension set up by none other than Glen Alerton the legendary aussie superbike racer. His bike handled very sweetly and turned sharper than the R1 but was a little under powered for my liking, that's not to say it was slow far from it as it would hum along at a very fast clip, it just didn't have the punch of the litre bike. 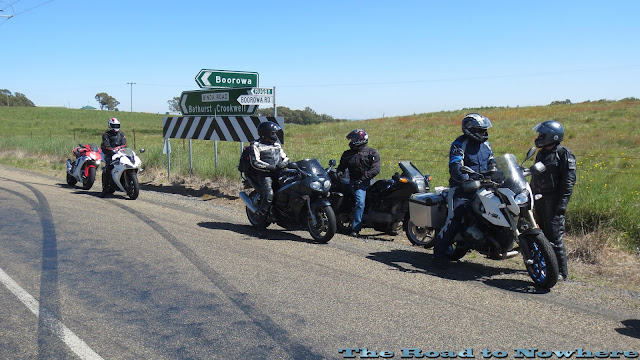 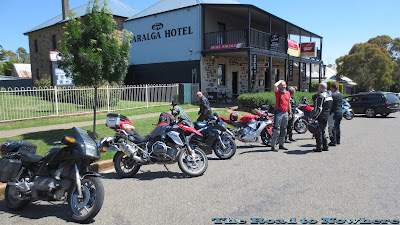 Stopping in Taralga to warm up a bit I saw a sight I thought I'd never see. Bushpig had a coffee at the pub and not a beer. We I guess there's a first time for everything. From Taralga we made our way up to Oberon via shooters hill road and stopped in at the Monkey Bean cafe for a spot of lunch. 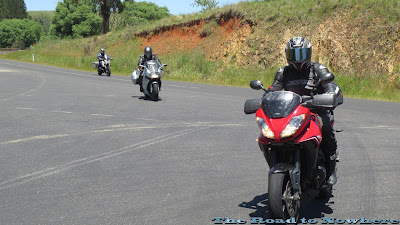 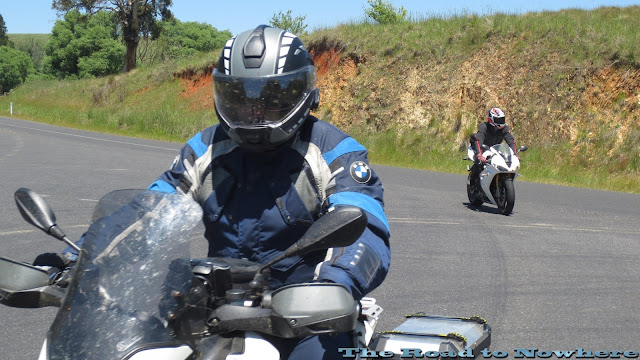 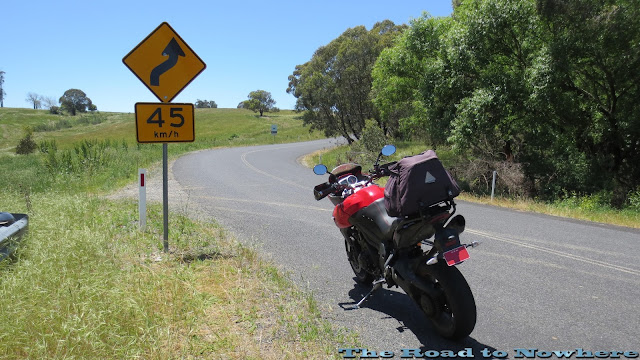 It was along here that I thought our route leader Slomax must be lost as he started to head back towards Taralga instead of Bathurst which was in the opposite direction. Little did I know he had a little back road in mind for coming into the back of Bathurst through a little town called Rockley. We stopped in for a quick ale(lemon squash for me) at the Pub here, the pub was under new management and it looks like they had spent a bit of money doing the place up. Could be interesting for an overnighter here some time in the future. This trip is starting to sound like one gigantic pub crawl by now. 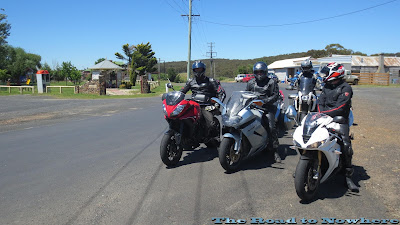 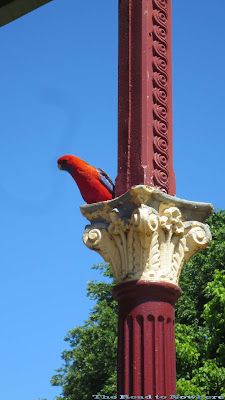 Heading into Bathurst from Rockley was a nice little roller coaster ride through the hills which was thoroughly enjoyable as the roads were deserted. It brought us right into the back of Bathurst next to Mt Panorama one of Australia's world class motor racing circuits. They only race cars here now because it's deemed to dangerous for bike racing these days, Might Mick Doohan won the superbike race here back in the late 80's. 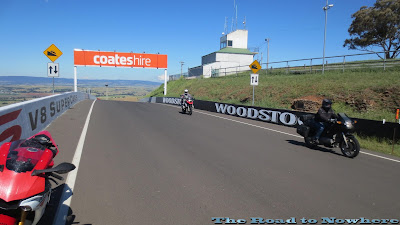 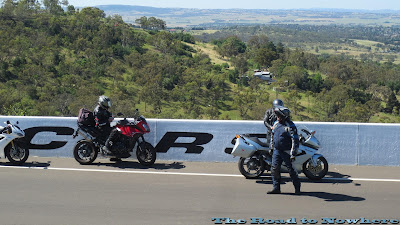 After riding through the snowy mountains and Victorian high country it seems like most of us had run out of steam a little and it showed as no one complained at doing half a lap up then back down the same way so we didn't even complete the full lap. We made our way into Bathurst for a fuel stop and it was onto Sofala where surprise, the 4 of us stopped at the pub for a quick beer. Not seeing the others come past we though something must have happened and rode back to the set of twisties up the hill to sofala. But no they were not anywhere to be seen so we had to assume they went into Rylestone ahead of us. Ah well at least we got to ride the Sofala twisties twice. 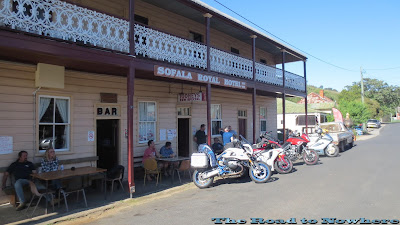 It was only a short 30 minute trip from Sofala to Rylestone and the other guys were already there when we got into the pub. The last 20 km's into Rylestone saw some of the most chopped up roughest road I had ridden on in the last 2500kms. I was starting to get a sore back after the last 20kms. I was having second thoughts on completing the last days ride around Bylong Valley way and down the Putty to Sydney. It seems I wasn't the only one a Bushpig and Wayne also took the most direct route home on day 6. I didn't bother to take any pictures as it was just the comute home. All up a fantastic tour over 6 days with a great bunch of blokes and over some of this country's most scenic motorcycle roads. I think for next years tour another day in the high country would be a better option and dropping off the Rylestone part as this is close enough to Sydney to do as a day ride. However Jeff's mate Patrick was out from Hong Kong for the trip and he was showing him around. I believe he loved every minute of the trip as did we. I'm already looking forward to next years snow ride.