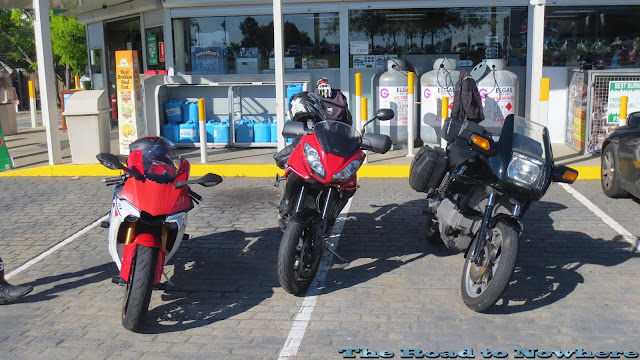 NTSR time again, what does that mean? It's our version of the real Snowy Ride that we've dubbed the Not the Snowy ride as opposed to the actual Snowy Ride. Our annual snowy mountains ride was on again a couple of weeks ago, I'd missed it last year because we went to Phillip Island Gp circuit for a track day instead whilst our friends blasted around the snowy mountains. I didn't want to miss it this year so I got my holidays in early and all was set. I managed to get the fork seal fixed the day before and also had the ECU flashed the night before, unfortunately I disconnected the EXUP motor which then inturn after running for 3 minutes disabled a lot of the electronics on the bike and it felt like it was in some sort of low power mode for the trip. Oops ah well it was still going ok other wise.

Our meeting point for the mountain men was at Richmond shell servo and the other crew were taking the road south out of Sydney through the Royal National Park. There were nine black riders in total, mortal men doomed to die...... er...that was a different story where were we again. Yes 4 of us left the shell servo in Richmond and headed up along the Bells Line of road. 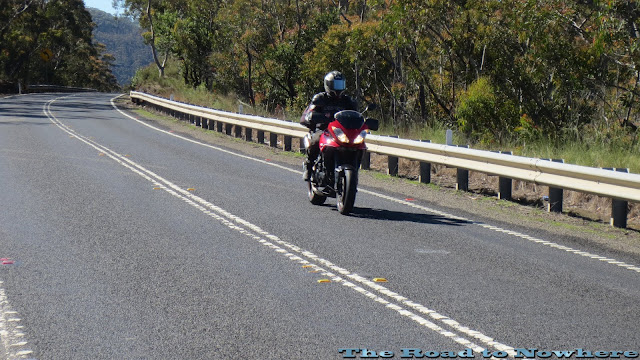 Crossing the bells line in the perfect conditions with wonderful blue skies we couldn't have asked for better weather, it had been raining here in Sydney for the past 2 weeks so this was a welcome addition for the trip. 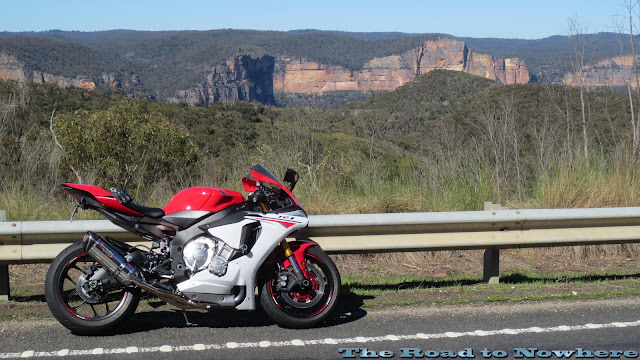 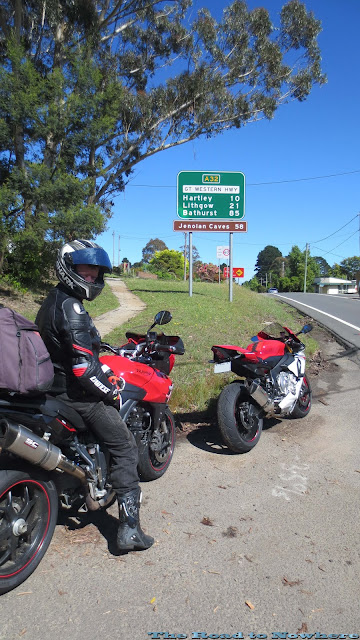 We turned off the Bells Line and crossed to Mt Victoria where we were to pick up York on the way. We only had to wait couple of minutes and we could hear the booming drone of that Aprilla V twin.

Pleasantries out of the way we were under way again heading down the bends of Mt Victoria, on the other side there was quite a bit of road works on the main highway so I turned down Cox River road which takes us down through this gorgeous little valley with some great views. There is still about 3 kms of dirt along here but its still good to ride on. It a narrow little road which puts you back out onto the Oberon Road. 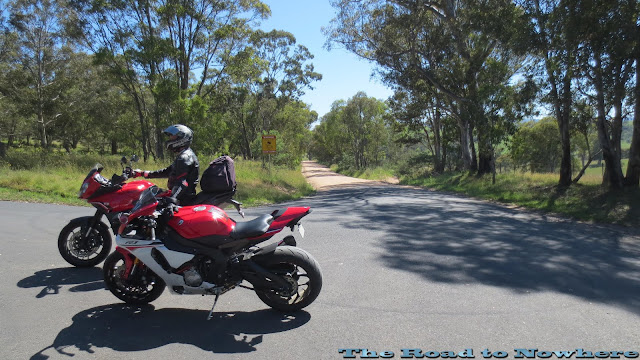 Stopping in Oberon for fuel for both bikes and riders we gathered at the bakery for a pie and iced coffee. As usual there was laughs aplenty before long we were back underway heading out towards Taralga and Goulburn. I took on a quick splash of gas in Goulburn.

We all stopped for a late lunch or early afternoon tea take your pick when we got to Braidwood. So I had a coffee and an apple pie at the bakery. It was as delicious as it looked. 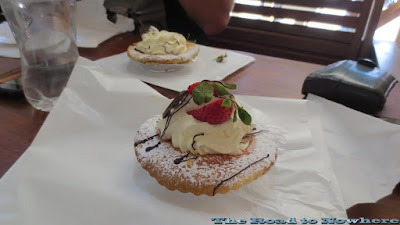 We continued on down the Kings Hwy and played in the twisties all the way to the bottom. Some of these hot mixed bends are some of the best anywhere. The surface is very smooth, with wide road and good vision on most of the bends. We stopped in Batemans Bay for some fuel and a quick drink as it was getting hot out now in the low 30's.

Wayne and York decided to wait for the others in Batemans Bay whilst Slomax, Bushpig and myself decided to push on to the pub. The further south we headed we could see large storm clouds passing over the ranges and out to sea. There was a dash of lightning thrown in and down it started to come. We were only about 5 minutes from the Pub and we decided to push on as we would soon be out of this rain and cold beers in hand. Little did we realise at the time the others were waiting it out in a bus shelter out of the rain, looking at all that water must have made them thirsty......


Whilst we were now nice and dry and wetting the insides with an ice cold beer at the Dromedary hotel in Central Tilba the rest of the crew turned up about 45 minutes later looking rather thirsty. 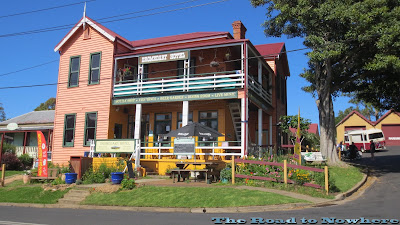