The dust had barely settled from the NZ trip and we had landed back in Aus but the trip continued to follow us, after dropping Geoff off at home and a short stop at Stu's place the car refused to start sounding just like the Pearl, the curse of the Pearl had been temporarily passed on. I also received a phone call from the dodgy motel we stayed at in Auckland on the last night telling me we had broken a wall in the room that I was actually in. Total bullshit and they were trying to get more money out of us obviously, the placed looked dodgy as soon as we walked into it. The Allenby Park motel, don't stay there.

Anyway 3 weeks on from the epic trip and even more epic blog postings which took longer than the trip I got a call from Geoff during the week. I have to drop in and see him. Ok so I did and this is what he's gone and done. 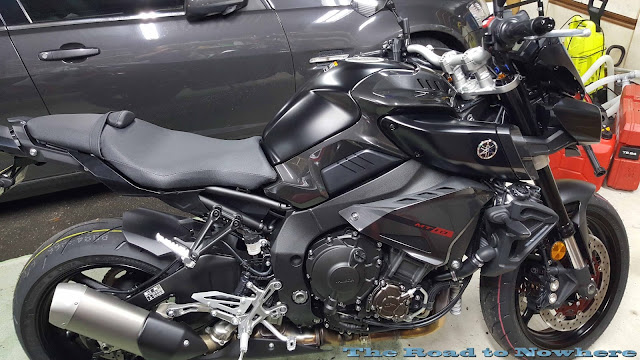 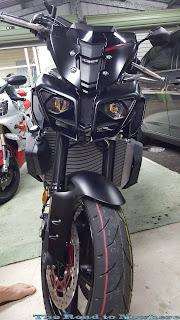 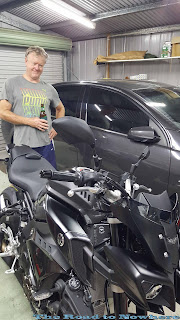 Yep I guess the Black pearl did piss him off that much that he traded in his Triumph and went out and bought a brand spanking new Yamaha MT-10. Looks like this New Zealand tour has cost Geoff in excess of $20K now hahahaha.

I'm sure that bike is a decepticon.