The morning dawned with bright blue sky's and the promise of sunshine for the day. It was most welcomed after the last 2 days in treacherous conditions. The beach looked much more inviting today than it did yesterday.

A quick breakfast down by the beach and we were headed off to Napier today via one of the inland back roads, Tiniroto Road which was marked as one of the top rides in the NZ road atlas and I can see why. There were quite a few sections of road works happening on the road but other than that it was a little gem of a ride and this is where I gained my confidence back and started to really enjoy the road and my ride now that it was dry.

The road out of Gisborne flows through some flat plains with vineyards lining the road verges before it starts to wind its way up into the hills. This road I really enjoyed in the dry as there were no towns along it so was only really frequented by the farmers that live along here. I think we only saw about 3 cars in about 100kms. Once the road got a bit twisty I wicked up the pace as I was having fun, this was my type of back road, looks like the others were still half asleep as I left them behind until I stopped for a couple of pictures. 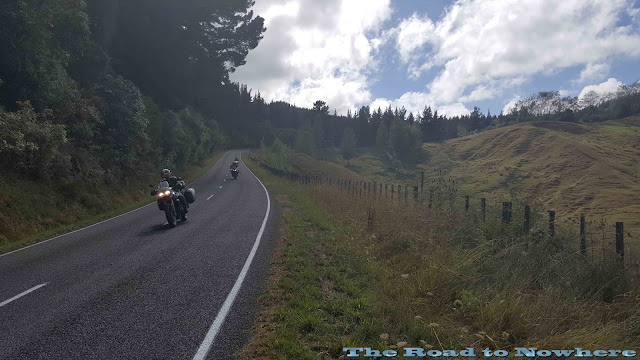 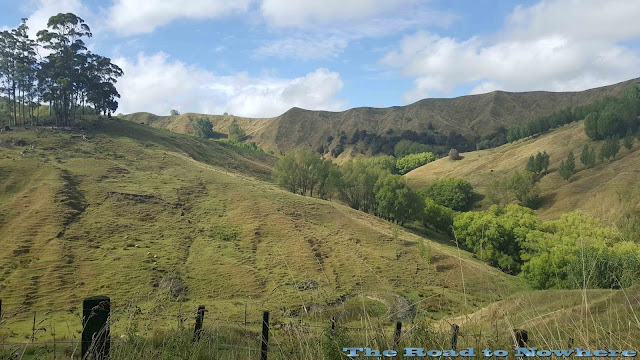 Stopping along here for a quick break in the hills gave us a chance to soak up the quiet sunday morning. Everything around is so green and beautiful, obviously thats why it rains here so often. I noticed that nearly the entire road is un-signposted and is quite windy so you need to be careful. 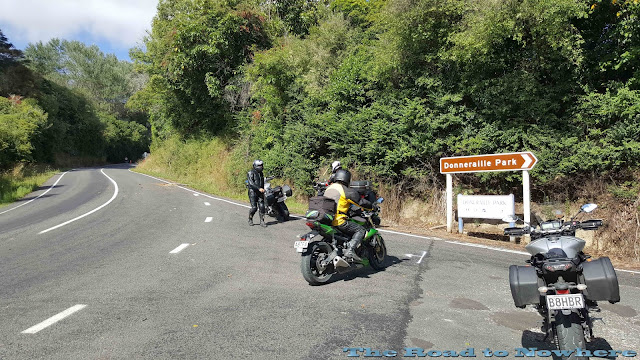 The road from Wairoa to Napier was another absolute cracker. This was a main highway but nothing like a main highway we have here in Australia. It was 118kms of roller coaster ride through the country, with some twisting turning sections up hill and down dale. 2 MG sports cars overtook us and and were putting the peddle down. I thought to myself that these guys must know the road quite well being locals so I will keep up and follow them, so I did just that.  I wish I had my R1 along here those pesky little Mg's would have eaten the dust of my rear tyre, the tracer couldn't cut it in the real tight bends with it wallowing around over the bumps. We had a blast riding the road here chasing the mg's so I failed to stop an take any photos. This was just what we needed to overcome the lows of day 1 and our confidence was soaring now, the complete opposite of the previous 2 days.

Arriving in Napier there was some sort of old fashioned car rally on and the main street of town was blocked off. There were people everywhere in clothing from the 1920's with cars of the same era. So we headed back to the marina on the way into town for a spot of fush and chups. The service was so slow I think we must have waited for at least 45min to get our order but luckily the fush was really good.


We got stuck in  bit of a traffic jam in central napier and wasted about 30 minutes trying to get in and out. I'd like to drop in here when there is no events on, it looks like a nice place to visit.


After lunch we took the Taihape - Napier road. The road out towards Taihape was another beauty with rolling hills with sweeping bends for kilometer after kilometer through rural farming land until the road finally started to change and wound its way steeply up into the forested mountains. The best bit was there was virtually no traffic in the whole 150km trip.

The scenery gradually begins to change from rolling hills to more mountainous forested hills and peaks, this area reminded my much more of the South Island. The road through the forest is superb and I was wishing for my R1 here as this is a beautiful road with twisty bits and higher speed sweeping bends. The road was in relatively good condition much like the roads on the South Island. I think this has to be my favourite bit of road so far. 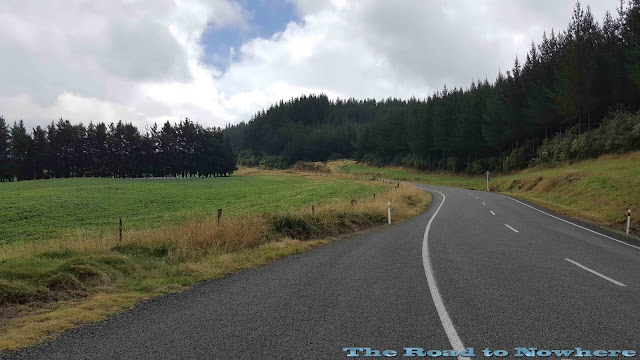 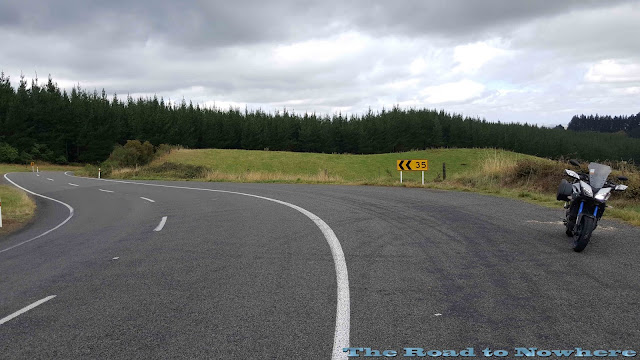 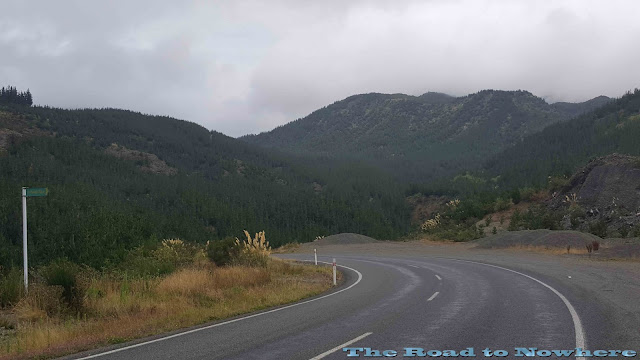 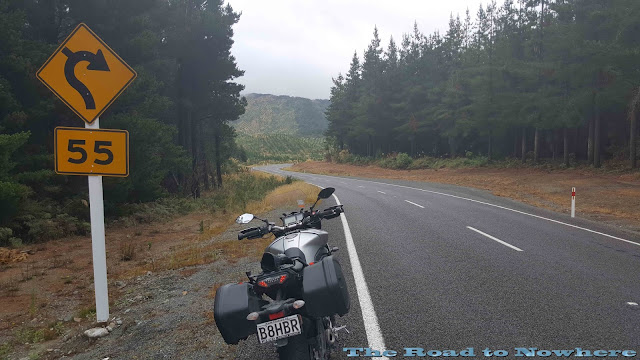 This road is known in kiwi land as Gentle Annie. She lived up to her name and was gentle with us. The road used to be unsealed until a few years ago, it would have been a treacherous road when it was dirt. This has got to be one of the North Island's best rides and I'm glad we got to ride most of it in the dry. 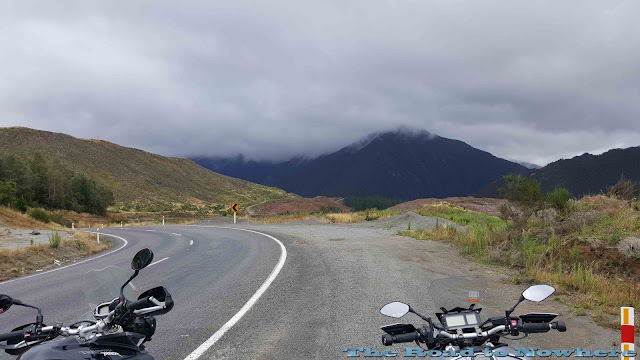 Riding over the other side of the range there are some steep grades and the landscape changed from lush mountain scenery to brown barren open farming country on the tops of hills, it must be high up in the alpine region here as most of the grassland was brown and dead looking. There was an interesting swing bridge much like the one in Queenstown that they do the bungie jumping from. I took some gopro footage that I might put up later on. We had to stop and put our wet weather gear back on as the last 50kms into Taihape it rained again fairly consistently heavy. 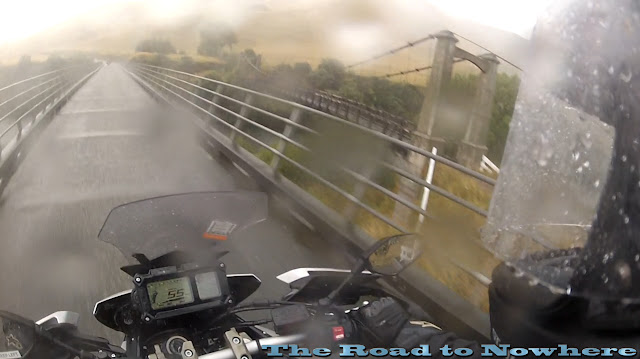 The rain had stopped and we wandered into Taihape from our Motel room, the Aspen Court Motel which was a good place to stay with free wifi, the rooms are spacious and clean. Taihape has only one pub in town and it was a complete dive. So we went to the bottle-o and picked up some beer and got some malaysian takeaway and took it back to our rooms. The Malaysian was surprisingly good.  I quite enjoyed the Mac's Green Berets pale ale's, very nice. Rick was the life of the party after a couple of beers. 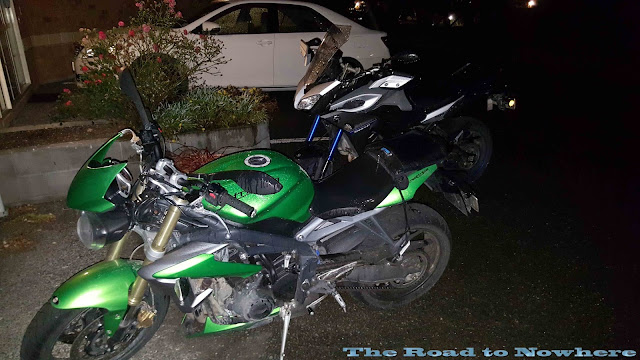 The rain started coming down again late in the evening but the forecast for tomorrow was good so we will all be looking forward to that after 3 days with some heavy rain. 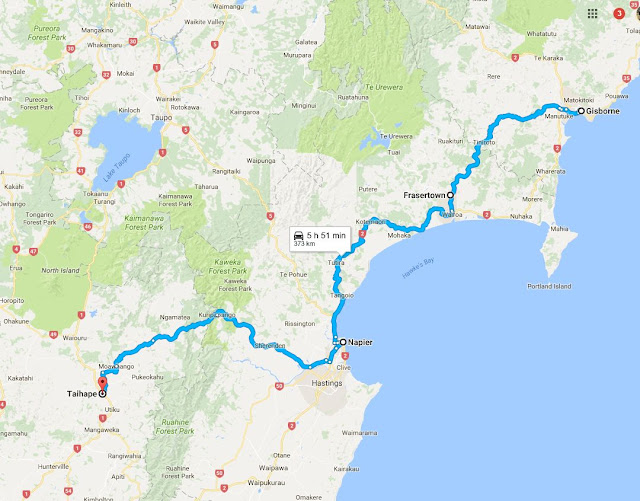