The following morning we were up and ready for breaky, everyone was here except one. Where was York? There was a surprised look on our faces when we found out he was in Omeo Hospital. Did he crash in the night or in the morning before we got up?

No he had a severe bout of kidney stones.  Ouch I am lead to believe these are extremely painful. So we waited around for more info, in the mean time we decided to wash the mud off of the bikes that we had ridden through the previous day on the Princess Hwy. To say the bikes were filthy would be an understatement. I've seen less mud on some dirt bikes. 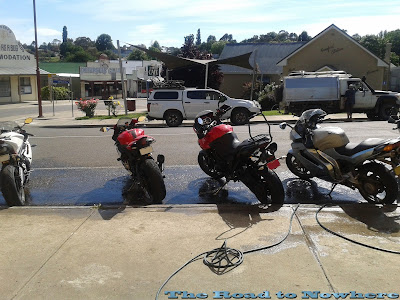 With York not being able to continue we safely stored his gear at the pub and the bike at the servo across the road ready for when he got better(which was about 3 days later as it turned out). We continued on now leaving late near about 10:30-11am. We took the  main route up over Mt Hotham. I hadn't been up this way for quite a few years now and was looking forward to it. The mountain views were spectacular as everyone stopped along the way to take in the views....... 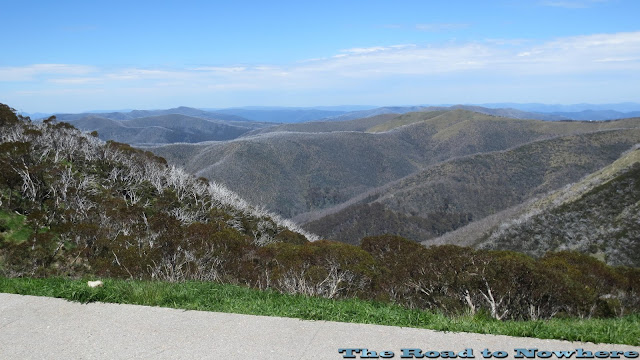 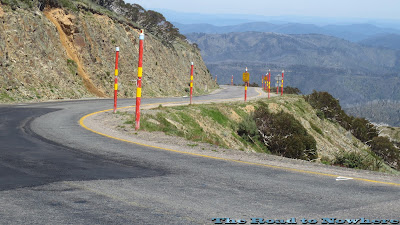 The riding was also spectacular with 30 km's of twisty goodness on the way down to Harrietville. A quick stop in at Danny's lookout to take in the view. It's like being on top of the world, but not!

Here's a short video of the view from Danny's lookout 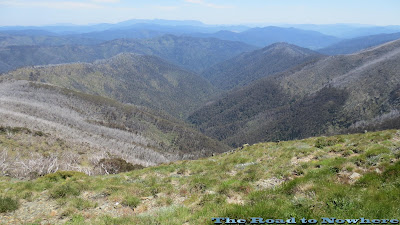 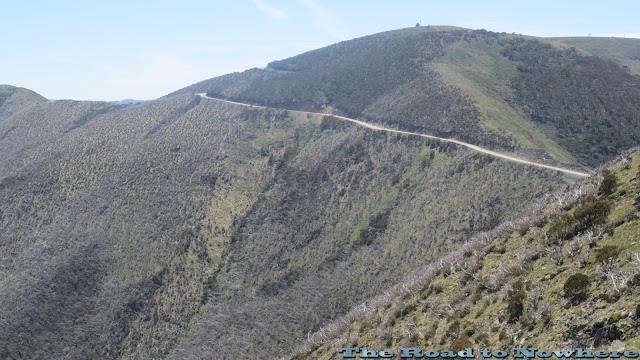 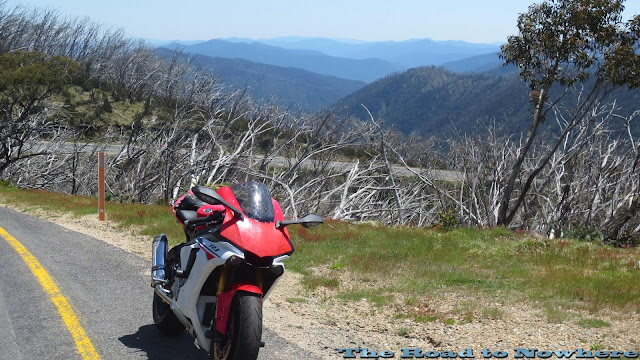 Coming down from Hotham was a blast and we had to pick our way through a whole bunch of cyclists that were riding/racing quite quickly down the mountain. Luckily they weren't riding 2 abreast around some of the blind corners.

We stopped in at Harrietville for a cool drink as it was getting hotter and hotter as we descended down the mountain. I was glad to stop and have a cool drink it was now getting up into the high 30's and was becoming uncomfortable.

Once our group had regrouped so to speak and refreshed we were soon on our way again and onwards to another one of my favourite bike roads, the Tawonga gap. I so much wanted to stop and take some photo's along here but was having to much fun, it wasn't until I was down the otherside at the lookout that I finally pulled in to take in the views of Mt Beauty and Mt Bogong in the background. Can't have asked for a better day really.


We'd stopped in Tallangatta for a spot of lunch at the pub. The airconditioning in the pub was a welcome relief from the 38°C heat. After about an hour we continued on to another favourite road of mine, Granya gap. This place is just fantastic, we passed a handful of bikes going the opposite direction through here and then followed along the Murray River road. We stopped in at another pub in Walwa partly to escape the heat and also to have a refreshing beverage. No I did not have a beer, it was just too hot. 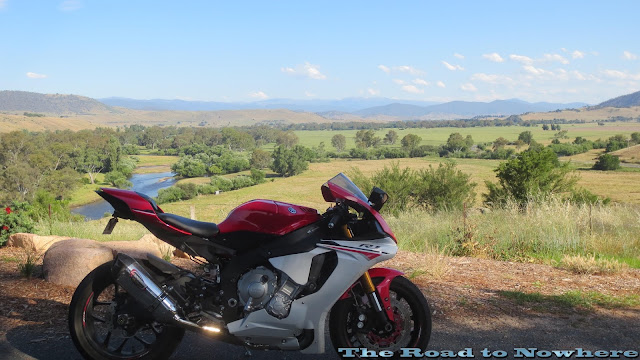 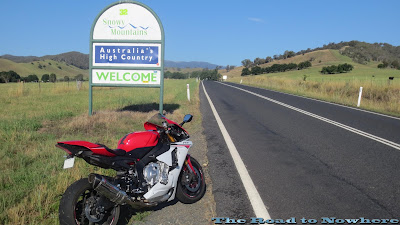 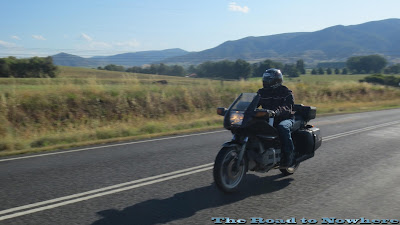 It wasn't long before we were making our way wearily into Khancoban and to the Alpine Inn for the night. A couple of guys pulled into the carpark a while after us with a trailer loaded with a Norton Commando and a rebuilt BSA. They were riding them up through the snowies in the morning. Fantastic work on the restoration of these old bikes and I loved the tank on the BSA. 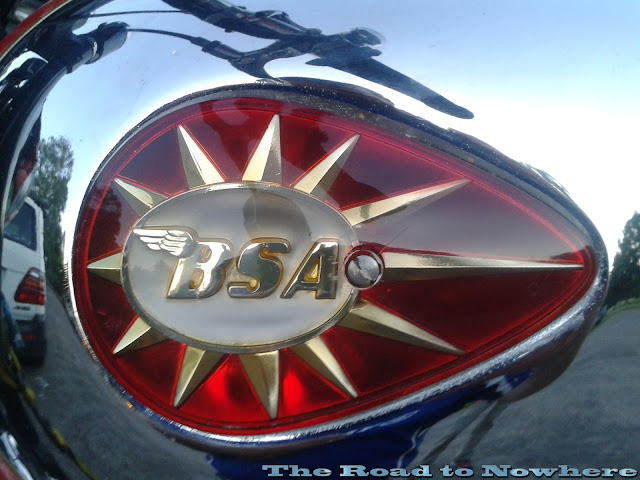