After my recent holiday to New Zealand i thought i'd share with you some of the awesome roads that i saw there and drove on, unfortunately i didn't actually get to ride on these roads but don't worry they are on my bucket list. These roads are on the main land, or for the non locals the south Island. We spent 11 days driving around the south island from Christchurch to Mt Cook. Then from Mt cook to Queenstown. Then Queenstown to Dunedin. Then Dunedin back to Christchurch.

These are my thoughts on just a few of the roads that i went on without any real local knowledge of the areas. Some of the NZ riders might be able to shed some light on some better roads than these.

Geraldine to Fairlie
After turning off the main highway down from Christchurch which is very straight with lots of traffic as its the main road down to Dunedin the traffic drops off to next to nothing with large snow capped mountains looming in the distance. From the Hwy its a quick trip across to the pretty town of Geraldine, after that its rolling hills with slow sweeping bends connected with straights with scenic views which after a while the road starts to climb up into the hills. This is MacKenzie Country. 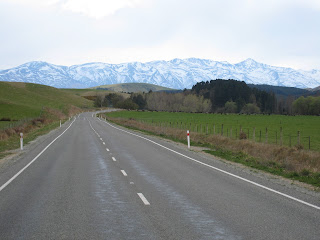 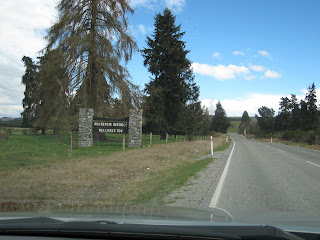 There is a short winding section that climbs up to the top of a hilltop where the Farm Barn Cafe is at the top. There's also an nice lookout over the surrounding mountains. This would be a great Sunday morning ride. Just after pulling up at the lookout a guy from Geraldine pulled up on a CBR1100 superblackbird. We had a chat for a couple of minutes before his mates came along on what looked like a fireblade and another sportsbike i cant remember and he had to jump back aboard and chase after them. Looks like they were having fun. 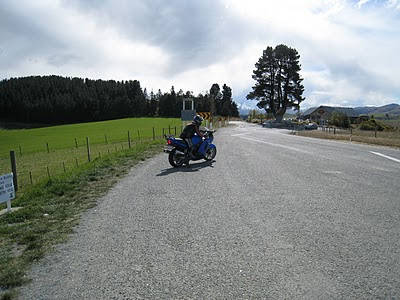 Fairlie to Lake Tekapo
This section is more or less just a some straights connected by some big sweepers that run around the base of the mountain ranges here. Its very scenic especially when you come out to Lake Tekapo. Magic views across the lake from the township. 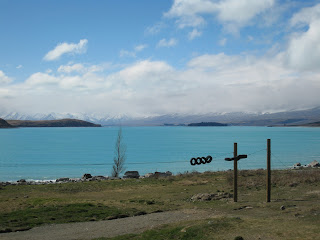 Lake Tekapo to Mt Cook
From Lake Tekapo along the Twizel road it is fairly straight across the highlands road until is comes down upon Lake Pukaki with some big sweepers here that wind around the bottom section of the lake with some equally big views. 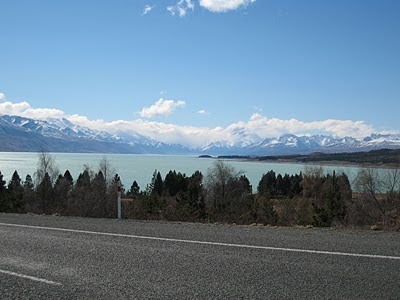 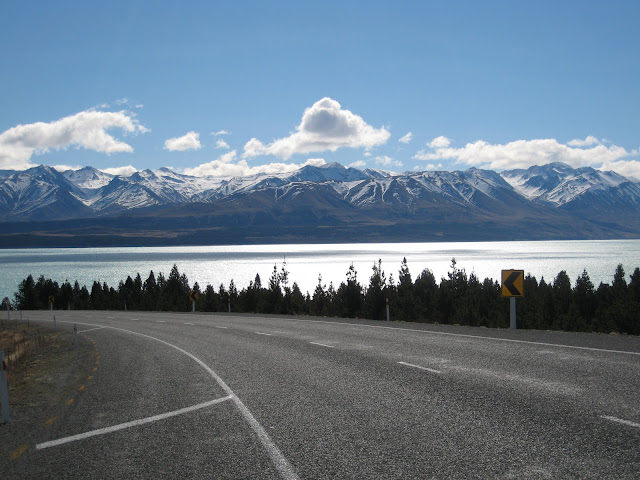 The turn off to Mt Cook is just after the Dam wall/Spillway at the bottom of Lake Pukaki. The road that leads up to Mt Cook is an awesome peice of tarmac. The road surface was excellent with big sweepers that run all the way along the side of the lake with the mountain range on the other side of the road. The road meanders along with Mt Cook and other mountains looming ever larger ahead. 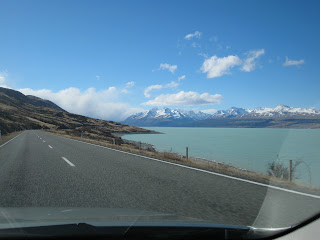 Until you come out at Mt Cook village which isn't very big at all. 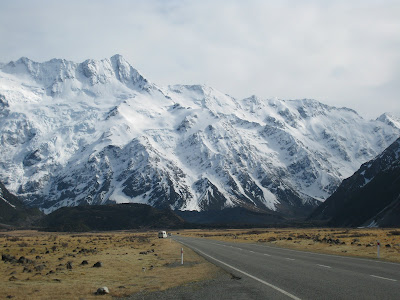 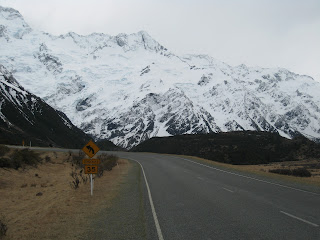 There were some corners that had grit on them that the council must put down to help cars with grip in the icy conditions but most of this was gone when we came through. Most surfaces were pretty good. It was pretty chilly at Mt Cook being only 9°C max with the min being around -2°C.
Posted by Steve at Tuesday, October 04, 2011