Was feeling fairly second hand this morning. Watching the WSBK on fox and drinking red wine until late brought me a headache I couldn't shake all day, I should know better than to get on the red's. Such is life.

Luckily I'd filled up the day before and didn't have to do anything but ride. Switching to cruise control for this morning's ride out to Bombala was a breeze. Arriving I was in desperate need of a coffee. It was sometime here that someone said"Hey, where's Karen?"

Yep a rider was missing, hubby was on the phone and the conversation wasn't going too well for him. Must have been his fault she got lost somehow, all married men know this........... 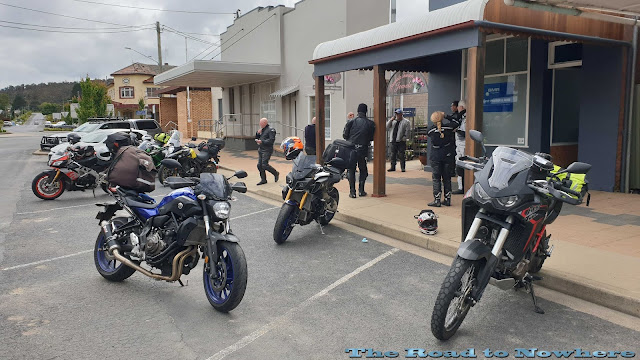 Turns out she missed the turn at Dalgety and went back to Berridale and then Jindabyne again. So she was an hour behind and wanted hubby to come get her. I could see the frustration on his face. Why can't people take responsibility for their own actions and get themselves out of trouble, not like she was broken down. Fill up and ride out to Bombala, look at google maps FFS, it's not hard.
So hubby turned around and headed back to meet her along the way somewhere, whilst the rest of us non Karen's made our way down the Imlay road. Sweet, sweet Imlay. You could hold a TT race on this road as there are no houses along here at all and would make for a great race track. Alas for our nanny state mentality where anything good or dangerous is banned. 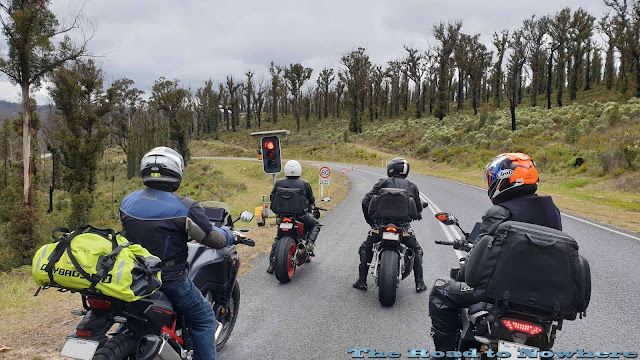 Some road works made us regroup on the grid again, holeshot device engaged and we were off and racing er riding along at a decent clip. I had plans on stopping to get some photo's of the road here but the red wine squashed any ideas of enthusiasm today so not many photos. 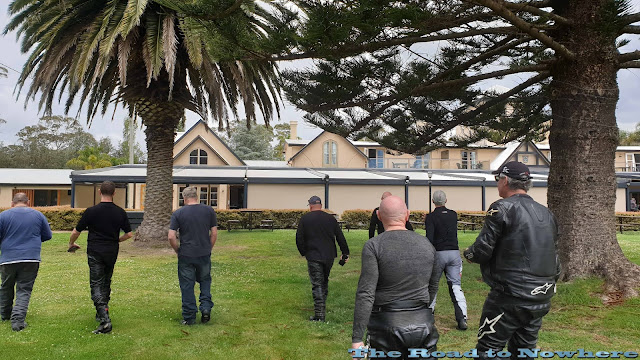 We stopped just before Eden at the Seahorse Inn. I tried the fettuccine and prawns, it was absolutely delicious, just what I needed. Fabulous spot here as we strolled down to the beach for a look around. We've been from snow capped mountains to the beach within a day on the trip, so much to see in this country. 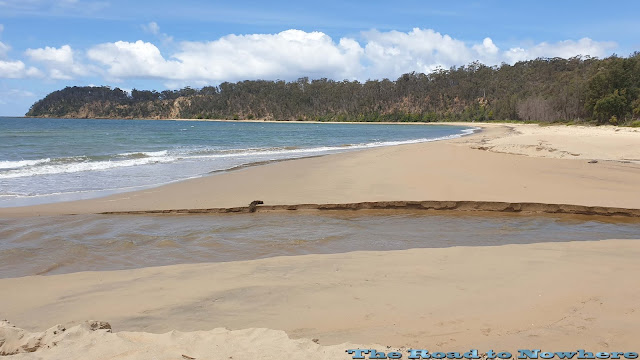 Karen & Thomas turned up just before we were leaving. From here we fueled up in Eden then up Neathercoat road to Myrtle Mountain and Candelo. The group split up a bit here and went everywhere on our way to Bermagui. I followed Doug as we were on a mission for beers at the bermagui hotel. 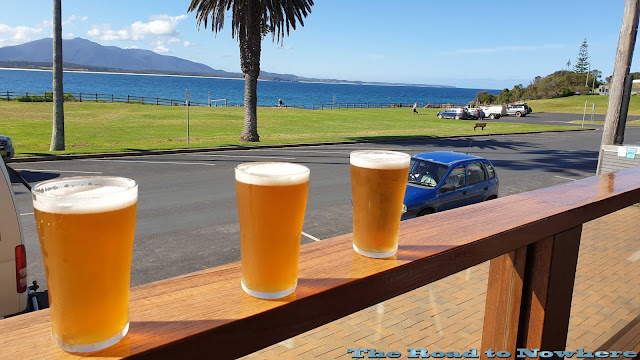 Another good day out on the bikes followed by a few cold beers. Food at the Bermagui Hotel is excellent and this is always a great little spot to stop.
Day 5 Map

Sadly day 6 is just the reverse boring commute home that was day 1. I kinda think this is a wasted opportunity, we could make some route changes and make the last day a twisty fun ride home but we wouldn't get to stay in the Bermagui which is a lovely place.
We were up early for breakfast, a lovely bacon & egg breakfast for the last day of the tour. Richard decided on Bacon & Strawberry pancakes. Holy smokes never seen that one before, had to take a photo. Sounds so wrong but looks so inviting. 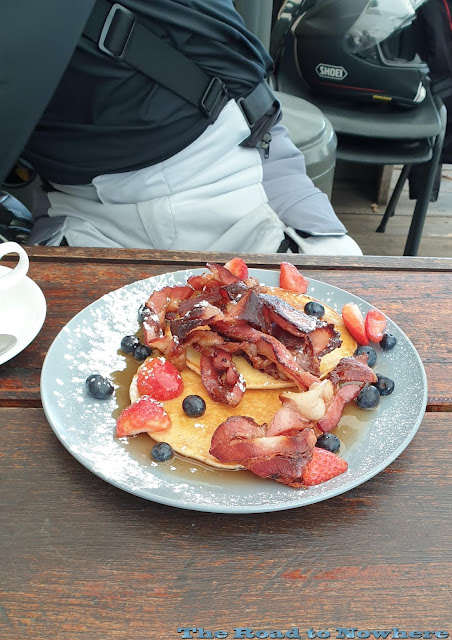 The weather for today was looking a bit shite, so we pressed on early up the coast stopping in Batemans Bay for fuel then in Braidwood for a bit of early lunch. Geoff powered on home whilst we ate delicious pie's...... 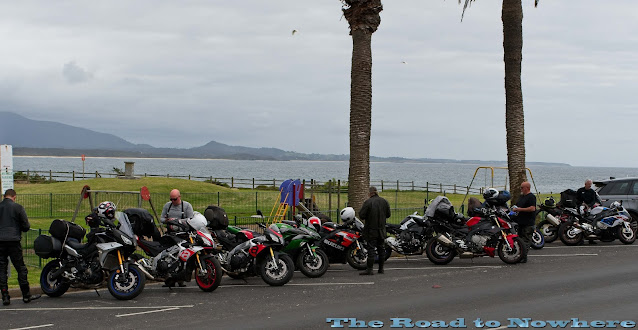 Around Bowral we copped a light rain shower for about 10-15minutes, again not getting wet at all I'd made it home around 4pm. Another great tour done & dusted. The Africa Twin impressed the shite out of me if I'm honest with myself. Can ride it all day long and its not uncomfortable, can put on cruise control, it can scratch, and it can run well on dirt roads. It uses bugger all fuel and I can extend fuel stops out to 350km fairly easily. It's a bit like a swiss army knife, good at everything, master of none. I think I can get used to it.