I visited MCAS in Auburn and picked up new oil and filters for both bikes in preparation for servicing them. I've been very busy lately with family and work and so the bikes have taken a back seat for the moment, well here we are 1 month later and finally it was time to service the bikes before I need to ride somewhere. 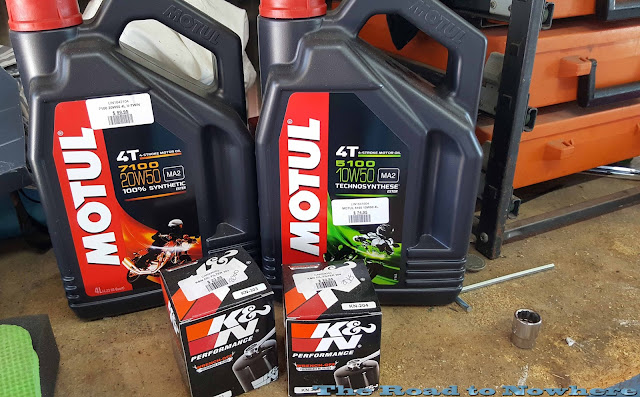 The old R1 hadn't had anything done since I retired it back in 2015 when I bought the new one, except a battery 12 months ago. It was the old girls turn for a bit of TLC. Firstly warm it up before changing the oil and filter. It was slow to start but finally kicked into life and started warming up. Sounded a little funny though. I turn around and a few minutes later I see this...... 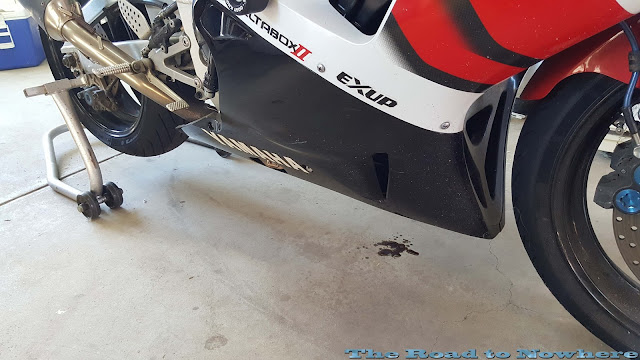 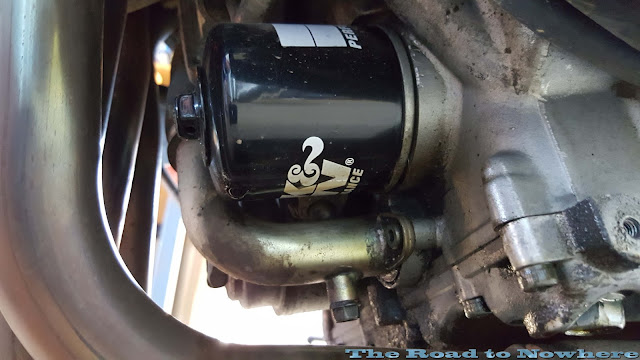 Oil was dripping out all over the floor. Must have a leaking filter seal. Oh well it's getting replaced anyway so off with the plastics and drop the oil, and filter and new Motul oil and filter go in. It's also off with the tank to drain the fuel out and put some new fuel in this time with some stabilizer.

Then it's the 2015 R1's turn for an oil and filter change. I haven't done one on this bike yet but it is out of warranty now so I may as well do it myself. Plus I'll tighten the chain until I can get a new one. I borrowed a filter changer from Stu as I didn't want to go hammering in there with a screw driver(although that's exactly what I do with the old one). 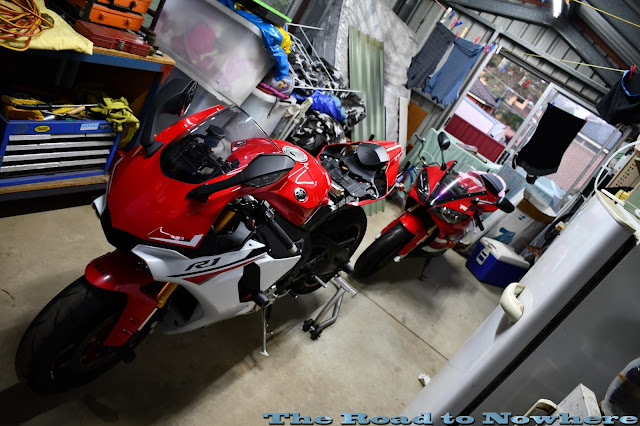 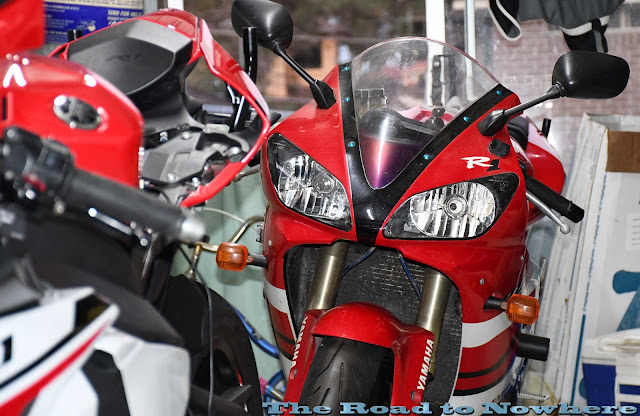 The old girl has 67 thou on it and the new beast is now up to 26 thou in 3 years. It's catching up fast and I've actually ridden it further than any other bike. It's been from Brisbane - Sydney to Melbourne and Hobart. None of my previous bikes have been that far.

Winter is approaching so I've got the trickle charger on the new R1 as it's battery is quite small and not likely to last more than 2 months in the cold without riding it. I have a ride coming up in June and just need some new tyres and I'm set.

Cheers everyone and ride safe all.