We awoke to a nice morning with some blue sky's but rain was forecast for the afternoon so we decided to get cracking early as we wanted to do the Mitta road before it rained as it is very twisty and technical, I don't think it would be much fun in the wet.

After breakfast we headed out along the Omeo Highway again back up towards Mitta retracing our tracks from thursday. Some roads flow better one way than the other, however with this road I couldn't tell which way I liked it better, it's up and then down from both ends so It's hard to tell which way is more fun. Which ever you like its great fun in both directions. 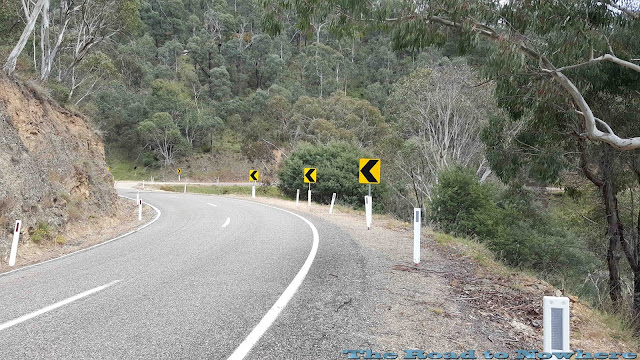 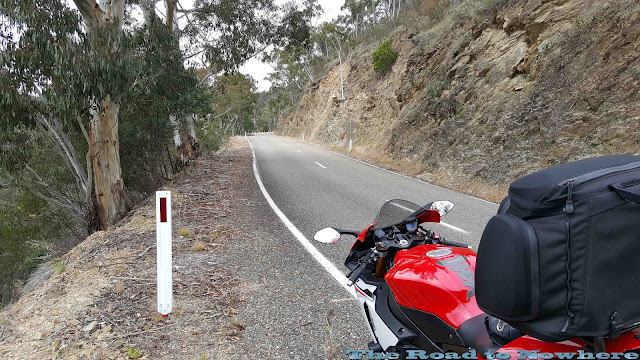 The road was dry to start with but by the time we got to the mitta end the road surface had turned wet from passing showers earlier in the morning. It was a little hard to tell the surface was wet in places as it didn't look much different but It was very eye catching watching Doug's rear tyre covered in water so that was a Que to take it a little easier, although Doug didn't appear to be taking anything easy, he was on race pace by the looks. 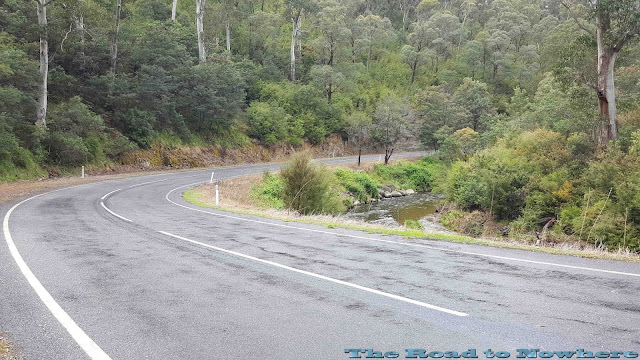 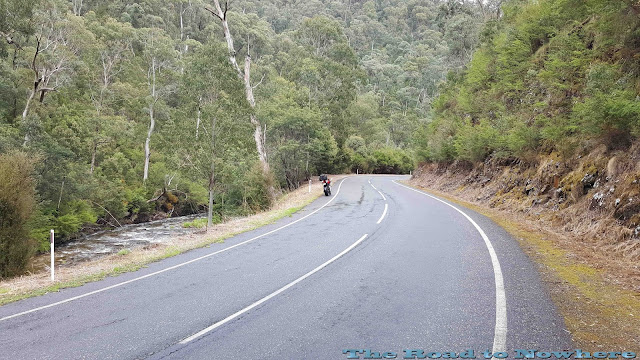 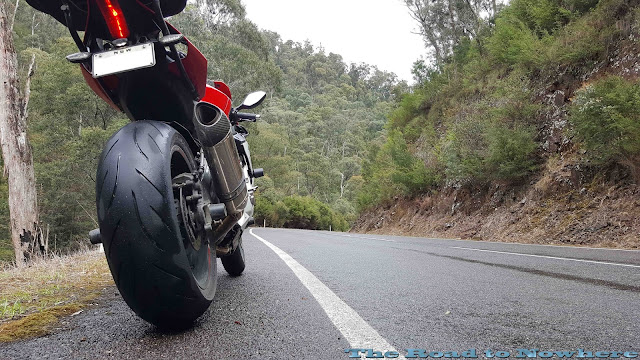 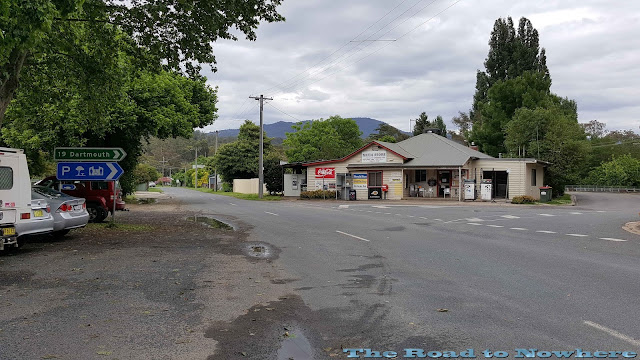 We regrouped in Mitta as we got a little spread out along the way, I came in last as I was stopping to take some photo's, we didn't fuel up in Mitta as I thought we would get fuel in Tallangatta instead. On the way out to Tallangatta I was going to take the road in from the west but when we got near the turn off I looked up the valley and it was filled with rain, so we went around and approached from the east instead and only had a brief shower of rain for about a minute so we dodged that one. We have been quite lucky so far on this trip to miss most of the rain and skirting around the edges of it as the reports were for rain all weekend. 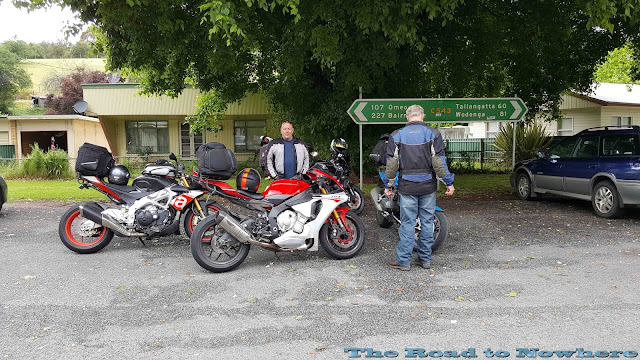 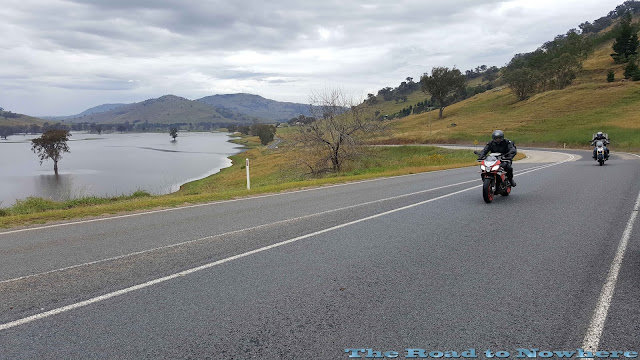 We stopped for fuel in Tallangatta and then checking the radar a huge rain storm was approaching so we thought it might pass by like all the others so we went to have coffee and a spot of lunch at the bakery. We stopped for nearly an hour and still no rain, it was slow moving so we donned the wet weather gear because we knew at some point soon we would get wet and its easier to put them on in the dry than on the side of the road in the rain.

Heading off we soon came to the Granya Gap turn off and I stopped to put on my gopro but unfortunately the gopro gremlins were at work and the camera only recorded 10 seconds before switching off again and no the battery wasn't flat it was fully charged. Oh well.

Just out of Granya we rode along the Murray River road and it started to rain along here so I didn't stop to take any more photos. I thought I'd have some gopro video so it would be ok, d'oh.

We came to the Jingellic turn off, it was only 43kms to Tumbarumba from here or we could keep going through to Tintaldra and Tooma. We decided to stop at the Jingellic Hotel and check it out and get out of the rain for a bit. 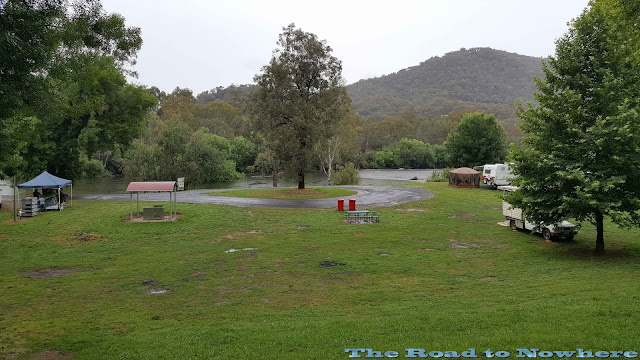 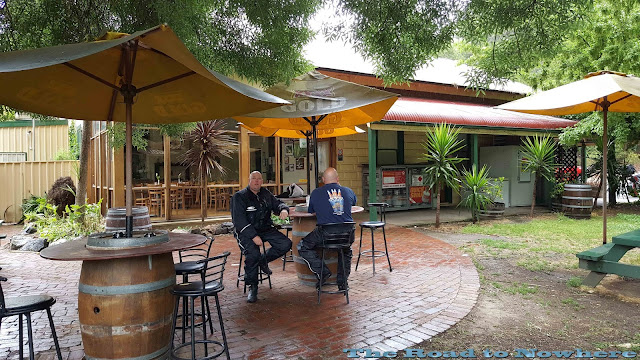 It stopped raining again so we decided to take the longer route through to Walwa, Tintaldra and Tooma. My brother and I had passed by Tooma many times on our way to Motogp and WSBK but never stopped in there and I suggested we stop for a quick beer and check it out, everyone agreed. You might be thinking that this trip is turning out to be a gigantic pub crawl rather than a motorbike ride. 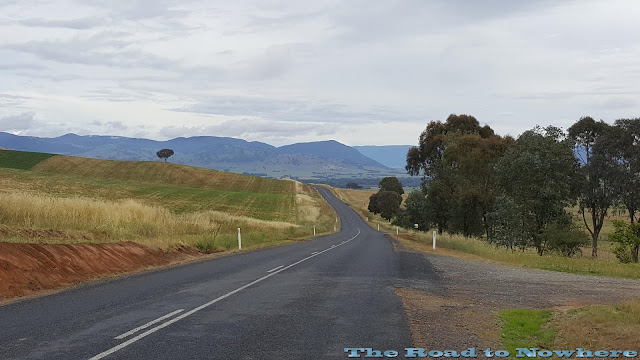 We were about the only people about when we pulled up, there was only one person in the bar when we wandered in. Grabbing a quick beer we wandered out the front to have a look around. Tooma hotel sits on the banks of the Tumbarumba creek, it was so quiet here just watching the clouds roll by. How's the serenity? 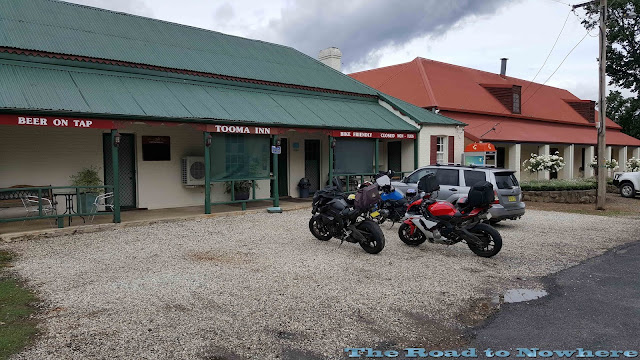 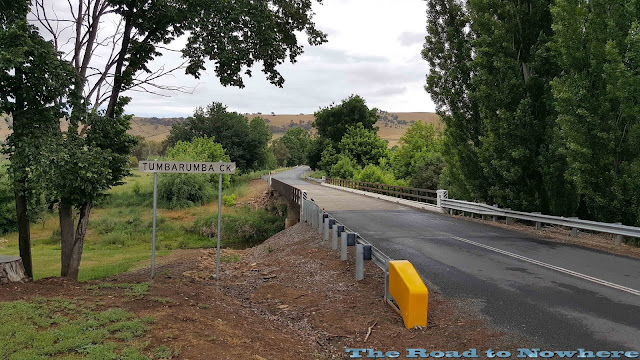 From here is was only a short distance to Tumbarumba about 25kms I think. On the way we came across the Southern Cloud Memorial lookout site. The Southern Cloud was a 3 engined passenger plane that crashed in the hills killing all 8 people on board in 1931 and was never found until 1958. Spectacular mountain views from the lookout but our accommodation was calling so we didn't linger. 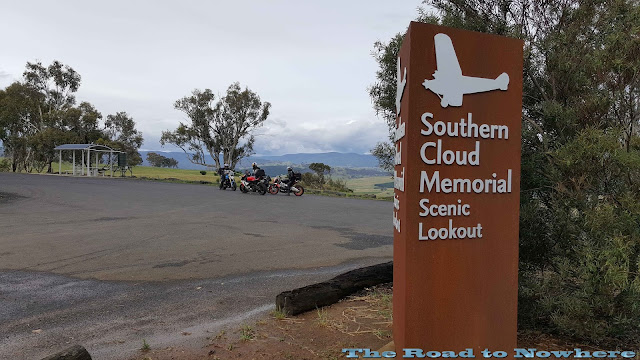 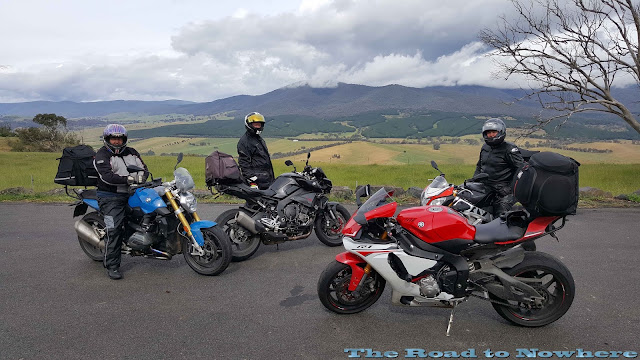 Finally we arrived in Tumbarumba near 5pm. We were staying in the Tumbarumba Hotel for the night. They had stuffed up our booking but it was soon sorted out after we had a beer and all of us had our gear in our rooms. They have off street secure lock up parking and it was only $45, bargin. There was a Ducati ST owners group that had booked out the pub at the other end of town so there was a plethora of motorcyclist in town tonight. There was a toga party happening at the other pub and it was quite busy but we soon made our way back to our hotel for dinner. We bought some more tickets in the meat tray raffle and guess what? Yep we won another meat tray. That's two in one weekend so Stu had it put in the freezer so he could take it home tomorrow. I had the biggest mixed grill ever, fantastic just about every animal one could want on one plate.