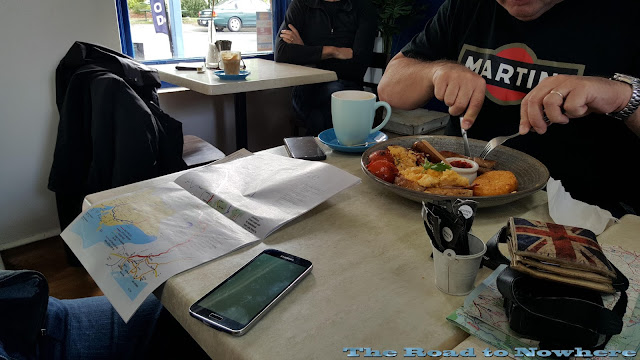 A big slap up breakfast was what is called for when one has a massive red wine hangover. Lucky for me I stayed off the reds and just had a few beers, as a matter of fact I was feeling pretty good. The guys on the other hand didn't look so good, that reflected in the leaving time which was around somewhere after 10am. Breakfast in Bruthen was washed down with a couple of nice coffee's then it was time to head out. Until one of those recalcitrant Ducati's decided that its battery would shit its self over night. A jump start at the local servo and we were under way. 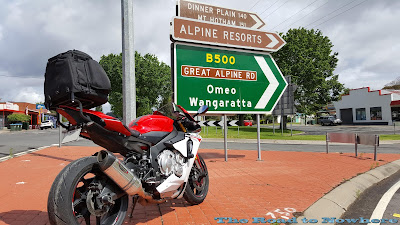 At breakfast there was a couple of heavy showers that passed over and then were gone, looking at the radar the showers were heading from south to North. If we time it right we will ride along in between the showers and not get wet. Well that's the plan. 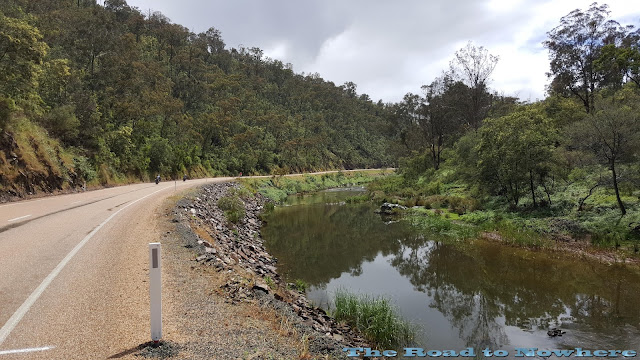 I love the section of the Great Alpine road that runs alongside the Tambo river. Its probably only a short 20-30km stretch but it is fantastic fun. It was a bit difficult in trying to read the road surface as some sections were wet from passing rain then there were dry patches, it was hard to tell the difference. 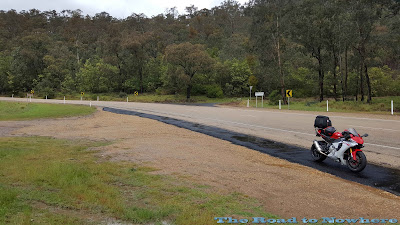 I had to stop finally as the weather closed in and it started to rain so out came the wets again.

Soon we were in Swifts Creek, I saw Ant had a cup of coffee. I said "Ah great I need a coffee, what's it like?". Ant looked around to see if anyone was nearby, and then said"Its the worst coffee I've ever had in my entire life" Yikes splash the idea of getting a coffee then so I settled on a bottle of water. Yeah better to Hydrate anyways. 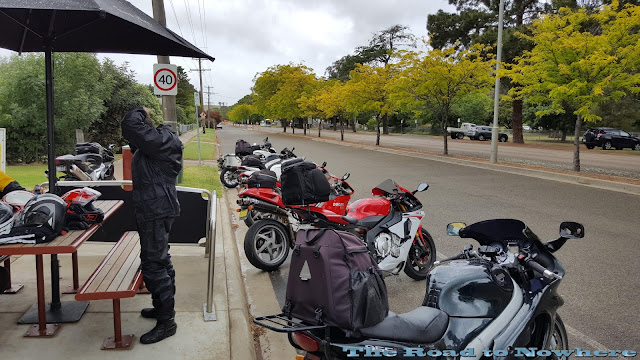 We did a left turn in Swifts Creek and took the back road up to Omeo, I'd not been up this road before and it was a cracker of a winding little country road much like a roller coaster ride up and down over the hills, the scenery was so green and lush with all the recent rain it was beautiful. Well worth the ride. Soon we were in Omeo and fueled up. The local constabulary pulled up and we asked him about road conditions across Falls Creek Alpine area. Unfortunately for us the Falls Creek road was closed still because of snow. So it was here the group split into 2. 3 of the more hungover guys headed straight from Omeo to Mitta Mitta, whilst the rest of us headed up towards Mt Hotham. 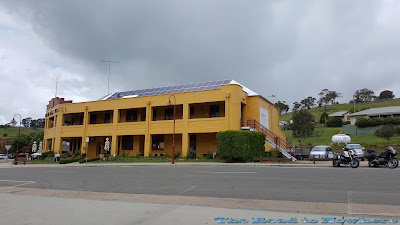 The road steadily rises up from Omeo all the way up through Dinner Plain until you get to Mt Hotham. On the way through Dinner Plain mist was rising up from the road surface as the water was evaporating, the 2 Ducati's in front of me made the mist break and swirl as they went through. I amused myself with the thought of "Ducati's in the Mist".

We decided to stop at a little place coming up into Hotham called 'the General', it looked like a mix of pub, general store and restaurant. We stopped out the front and saw our first specs of snow on the peaks ahead. 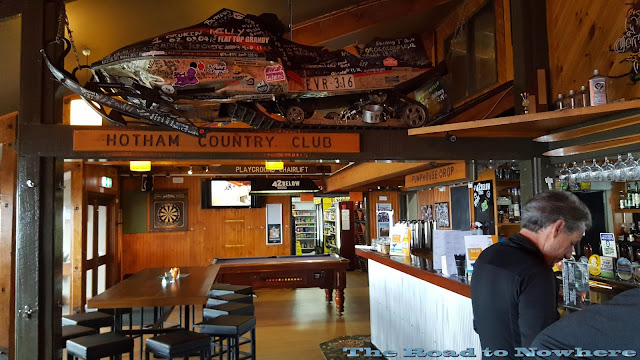 Nearly all of us ordered a nice warm soup as we were all still pretty full from a big breakfast. I ordered a nice tomato soup, it was the best tomato soup I've ever had except I couldn't finish it. The views out the back over the valley were spectacular but there were dark rain clouds looming and dumping on the distant hills. 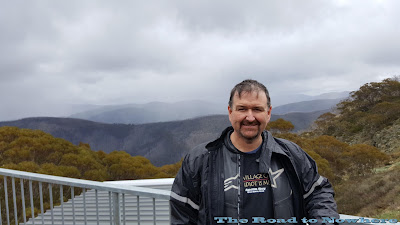 After lunch we rode up to Hotham Village and had a look around, there was still a bit of snow laying around by the roadside and on the slopes about. It was chilly at 6°C but I didn't feel it with my wet weather gear over my leathers, that and I put on my thermal top today. 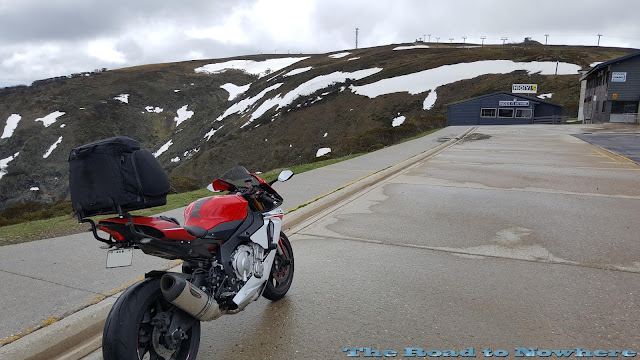 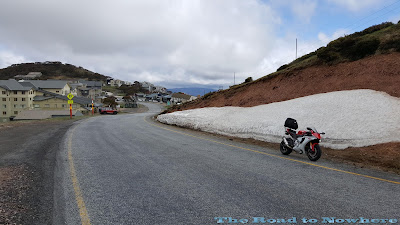 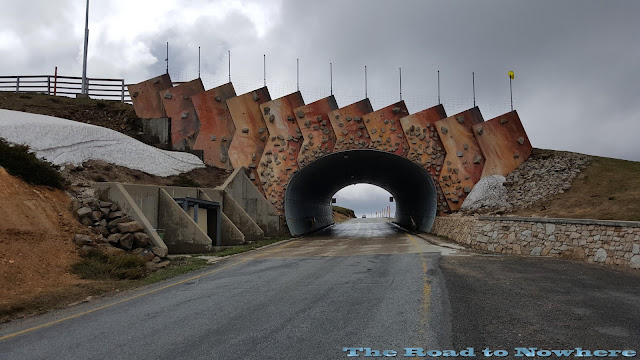 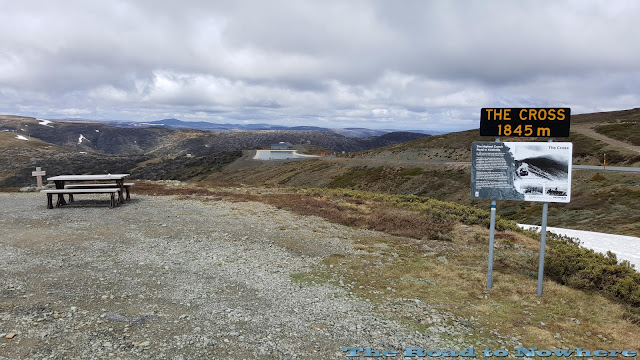 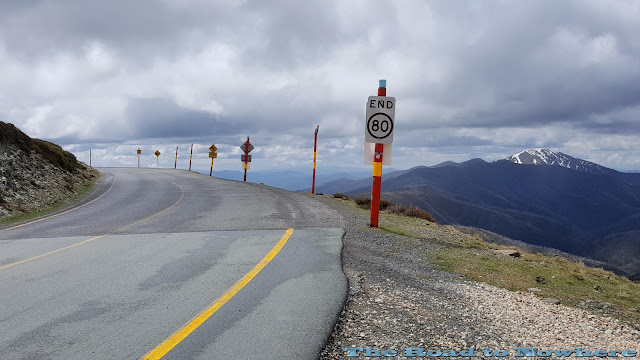 Stopping in at the Cross at 1845m we frolicked around in the snow, with Steve making a snowman that kinda looks like a snow penis, not sure what he was thinking and Kingy walked to the top and slid all the way down. 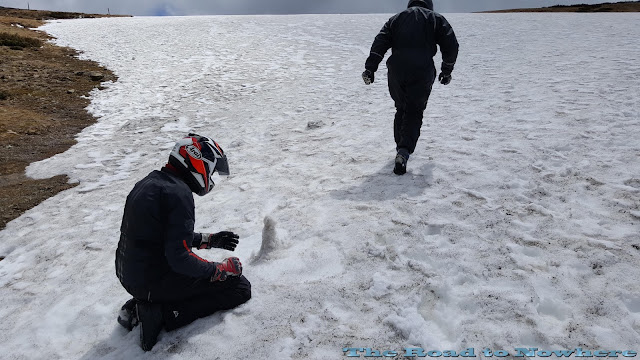 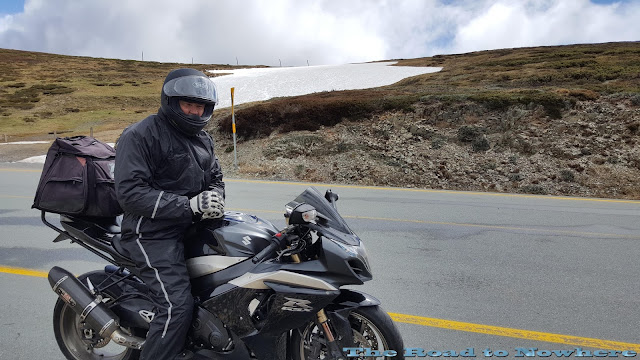 I thought I would put my Go Pro on for the trip down the hill until I saw this little gem on the screen. 'NO SD'. Dang! I could clearly see the SD card sitting in the SD port in the front of my PC at home. I put it away again and thought what a blood waste of time that's been carrying a camera around for 1200kms and I can't even use it! Oh well........just enjoy the ride. 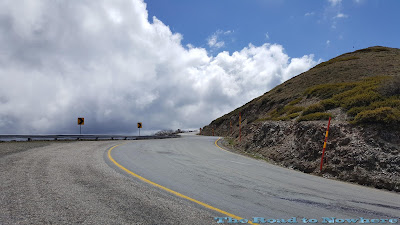 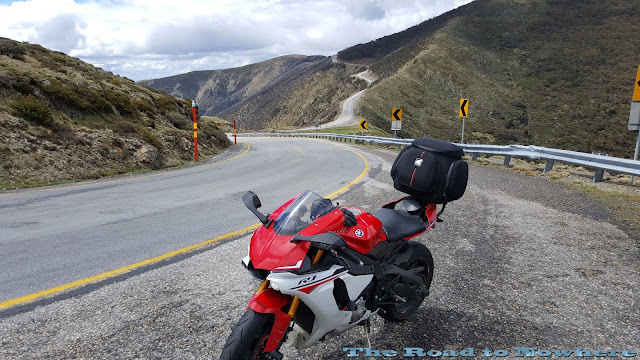 Continuing along this road is some of the most spectacular riding that this country can provide, the views from up here are simply superb and make you feel like you're on top of the world. York was listening to some tunes in his helmet. 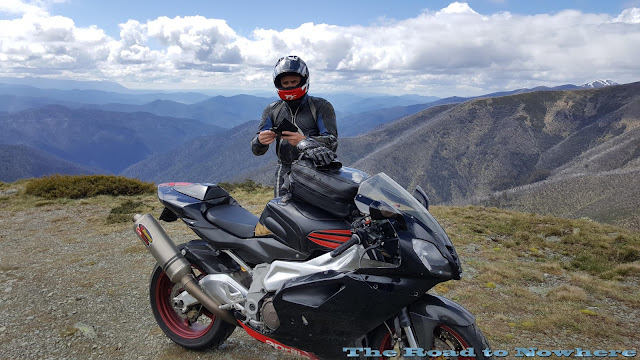 We had to get going and quickly as in the distance we could see a huge cloud dumping rain and it had just about reached the road ahead just where we were headed. It started to spot on the visor as we rushed to get ahead of the rain on one of the twistiest roads around with one 35kmh corner after the next, corner after corner for 30 glorious kilometres. Good god this is so much fun.


A quick stop in Harrietville and we were away again towards Bright, but we turn off before there and head up over the Tawonga Gap and on into Mt Beauty for fuel. Starting from the back of the grid I made my way through the field to win the Tawonga Motogp by about 2 laps. I love this road its one of my all time favourites and looks like the favourite of a bunch of other bikers as a heap flew past in the opposite direction. The Victorians certainly know how to make a winding mountain road nice and smooth, so much better than the NSW roads in comparison. 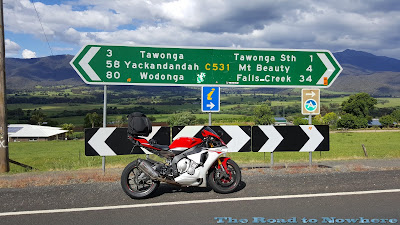 It was starting to get late in the afternoon so we got going and headed up kiewa valley way after having to abandon the Falls Creek road and it was now just the commute to the pub for the night. I wasn't overly joyed to be staying in Mitta at the pub, I'm not sure why maybe I was thinking it wasn't going to be as good as the Golden Age in Omeo where we normally stay. But as soon as we got to the pub after the fantastic ride through the valley to get there I was quietly over joyed at being so wrong about wanting to stay here. It was the best little country pub I've ever stayed at. There is a huge awning out the back with a tiered grass section that goes down to the Mitta river and a weir. How's the serenity came to my lips several times. Having a beer with Geoff we were both stoked. 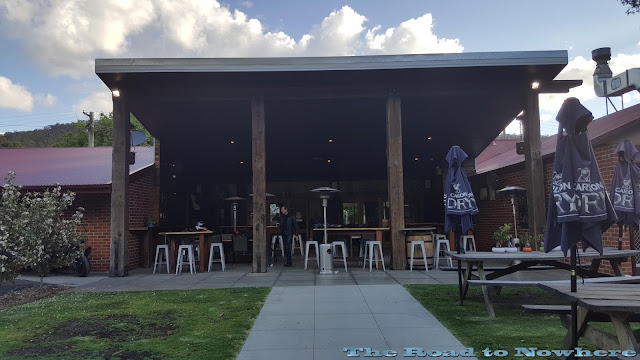 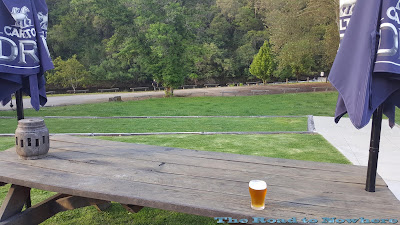 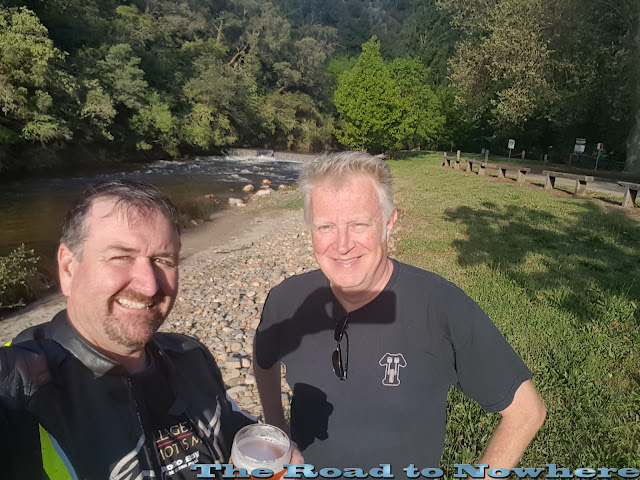 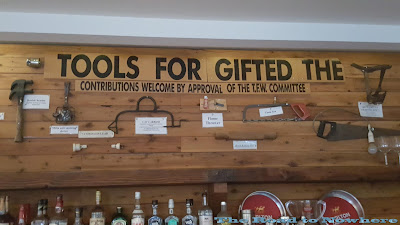 The food was fantastic as I had the beef ribs with veggies and everyone else also thoroughly enjoyed their meals as well. It cost $65 for the bed and a huge cooked breakfast to go with it. It was dorm style rooms with communal bathrooms but very clean. I ended up not wanting to leave, with ideas of ditching tomorrow night's accommodation and staying here and doing loop rides through the mountains. But alas it wasn't to be, maybe next year we will stay for 2 nights instead.