There's something to be said for starting a ride out in the morning. Like what? I hear you say. Like its a bloody lot cooler early in the morning than starting a ride in the middle of the day which is just what we did on Saturday. I had a few chores and things that needed doing and Bushpig wanted to go for a ride but I couldn't get a start until just after midday. Did I happen to mention it was around 33-34°C today. Not that much fun in full riding gear. I decided that I would go sans full leathers and wear my jeans instead. Damn, where did this heat come from all of a sudden?

I thought we'd go somewhere different today rather than our normal haunts so we decided we'd go up the Old Pacific hwy(Old Road) despite the police presence it attracts. First we would go up through Galston gorge. I decided I'd bring along the gopro today to get some footage. I've been slack of late using the gopro, but I've some new found enthusiasm for it.

First stop was at the bottom of the gorge to put on the camera. It was damn hot standing around in the sun in my gear and sitting in traffic felt like I was getting fried by my bike. Lucky I don't have the R1 with under seat exhausts.

Here's a short video of our trip up through the gorge, not a bad run although my riding felt majorly rusty like it was the first time I'd ever ridden. Gotta get out more often. It's not a good feeling wobbling all over the road like a learner. It appears bushpig was even rustier than I was.

Next up was the run along the Old road and to stop in a Pie in the Sky for a drink and lunch. Yep you guessed it a pepper steak pie. Surprisingly there were only a hand full of bikes here today. Sunday would be a very different story, as there is usually heaps of bikes here. It was a bit cooler here as we could see the water from the view out the back of the shop. The breeze was beautiful on such a warm day. 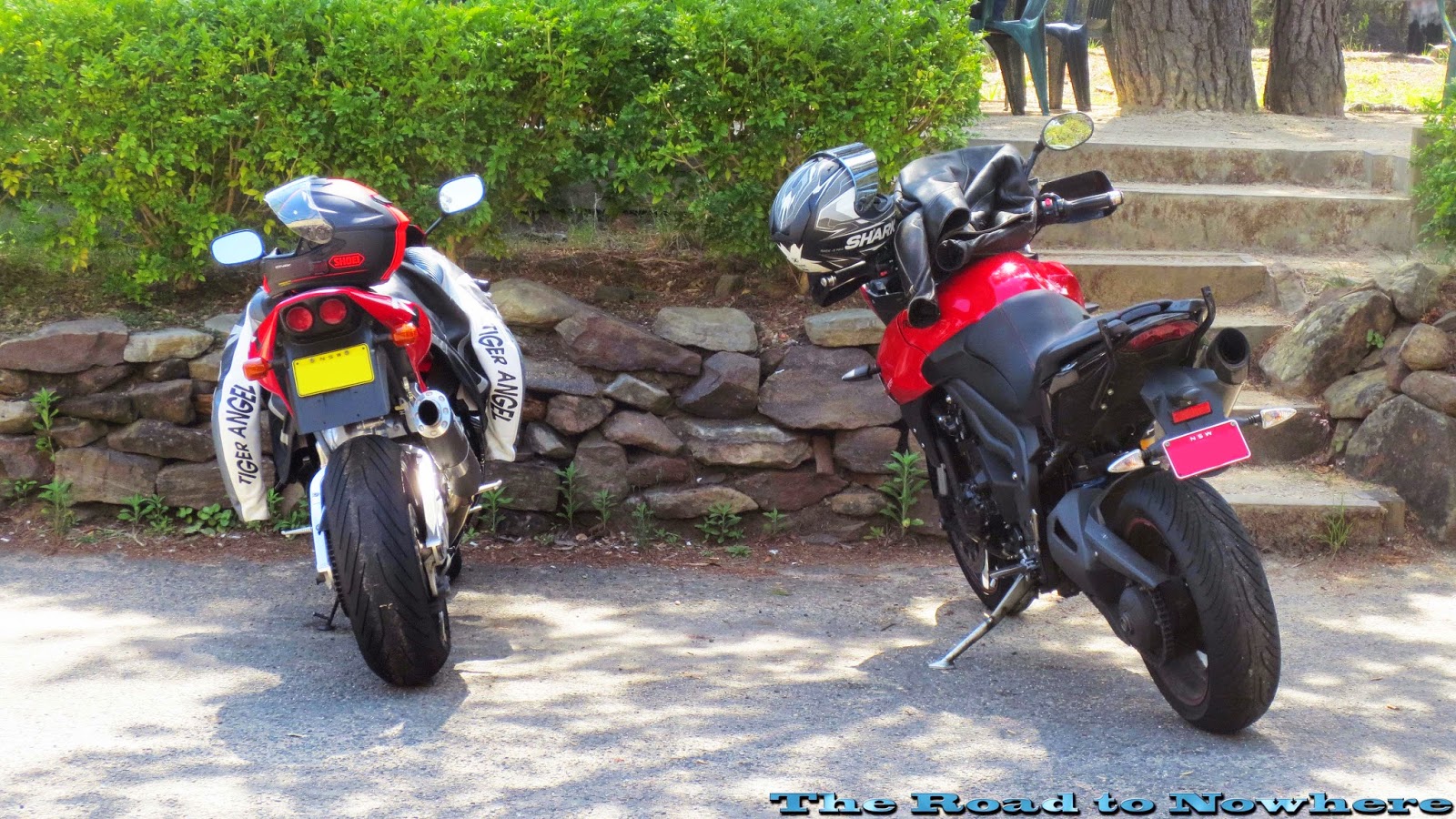 I didn't really have any plans as to where to go to next as we had just executed the entire plan in about an hour. It was nearly 2pm and I  didn't want to go home just yet and it is daylight savings after all so we would have daylight till nearly 8pm so I suggested a ride around wisemans ferry and then back home through Maralaya. I put the gopro on again but it went flat even before we got out of the drive way at Pie in the sky. Oh well, that will teach me not to charge it before a ride. I got about 5 minutes footage in total. It's ok bushpig your epic riding fail that should have been on camera will now never see the light of day. Saved by the flat battery.

Bushpig liked my new suggested ride plan so we headed for the riverside road around to wisemans hoping it might be cooler around here. It wasn't. Bushpig mentioned to me when we stopped 'how was I keeping my bike on the road because he was getting bounced around everywhere'. My ass had really copped a hammering along this bit of road and I had been out of the seat several times over some of the rough sections, and the on/off ramps on some of the bridges. Like the one in the picture below. I flew off the end of this bridge due to the slope down from the bridge to the road surface. The councils really need to sort this shit out. 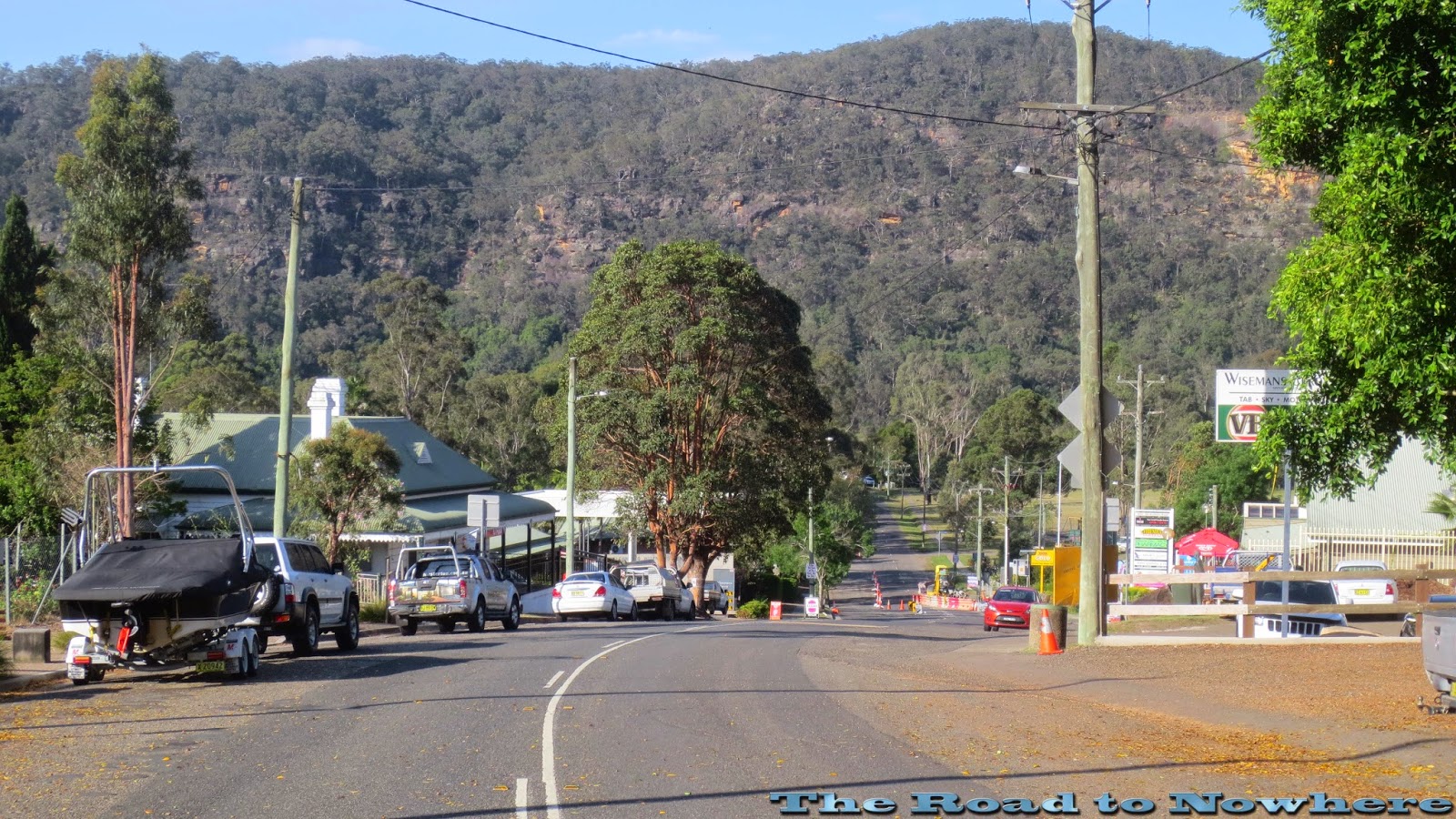 We decided to stop in at the wisemans ferry hotel as we were both parched from the heat. Stepping inside into the air conditioning was like heaven. A couple of light refreshments at the hotel and coming back out it was around 5pm and it had cooled down quite considerably. It made for a much more enjoyable ride home. I somehow managed to take a wrong turn at Maralaya and lost bushpig and didn't see him again. Then I got a little lost and then found my way again. I phoned bushpig and he got home before I did. A great afternoons ride all up. 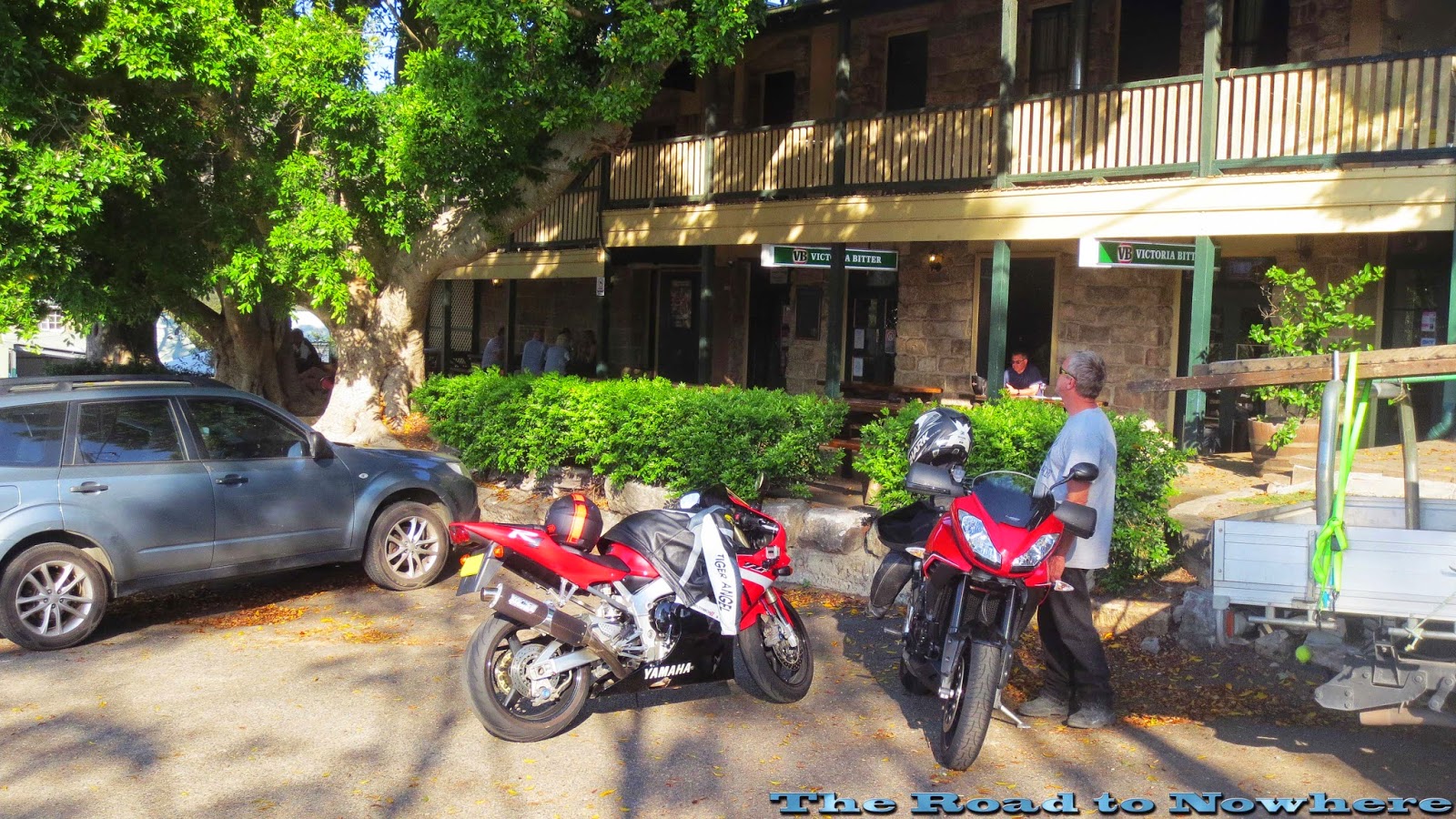