Ride to Bacon and Eggs

We had been hit with a cold snap this weekend starting on Friday and it had actually snowed in places like Orange and Thredbo in the snowy mountains. Still Geoff and I had wanted to get out for a ride and by Sunday the temp had come back up to a nice 19°C which was perfect for riding in.

I'd suggest to Geoff to have breakfast up on the Old road, but then Geoff said he wanted a decent ride and we go up the Putty Rd. I was up for anything and quickly agreed.

We fueled up at Wilberforce and continued until the old halfway house and got an excellent bacon and egg roll and drink for lunch. 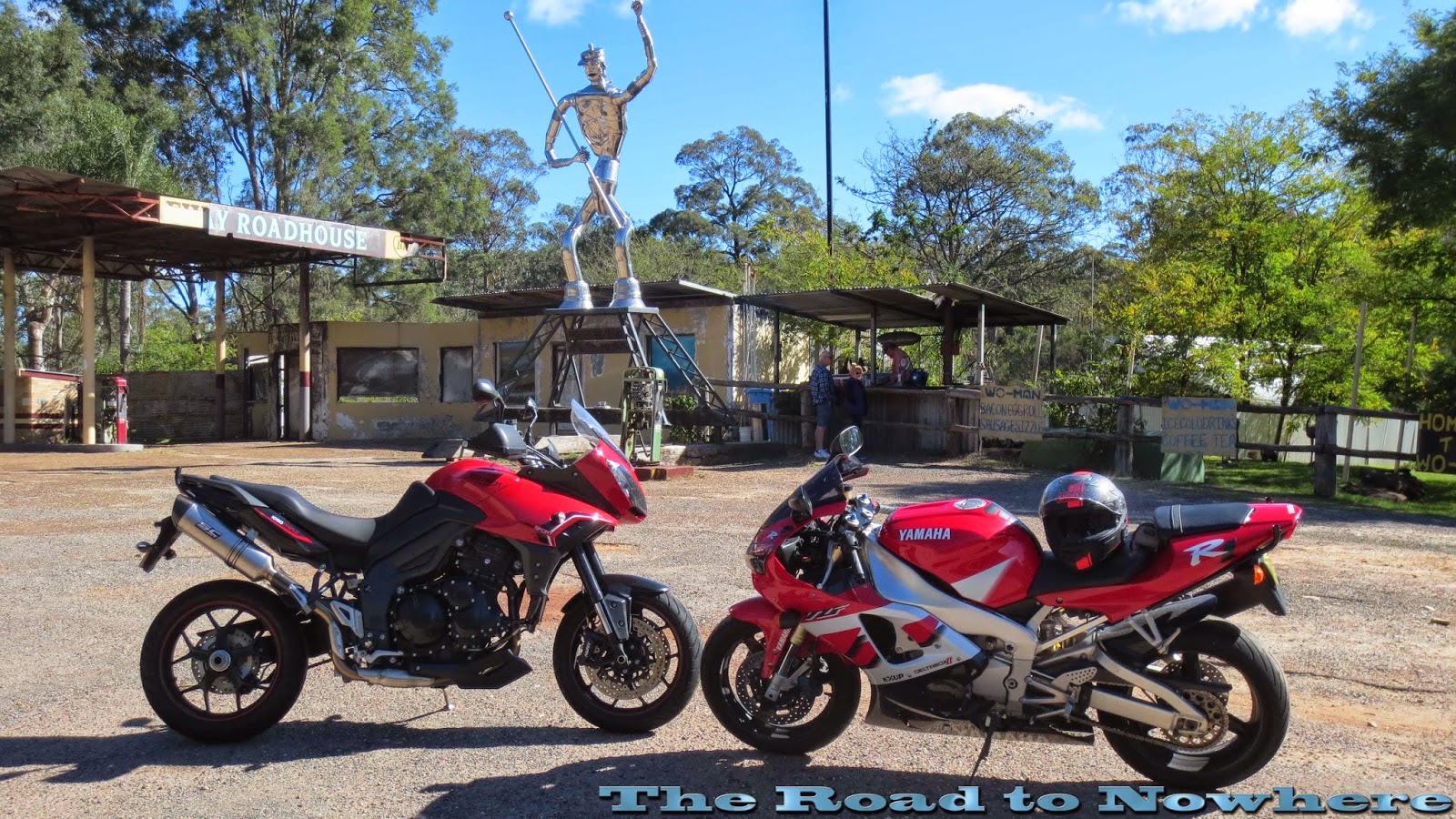 I'd asked Geoff if he'd ever actually been to Putty which I have not. He said he had and there wasn't anything there. I hadn't been there before so we went and had a look. Geoff was right, there wasn't really anything there, just a community hall and that was about it. Nice little ride though. 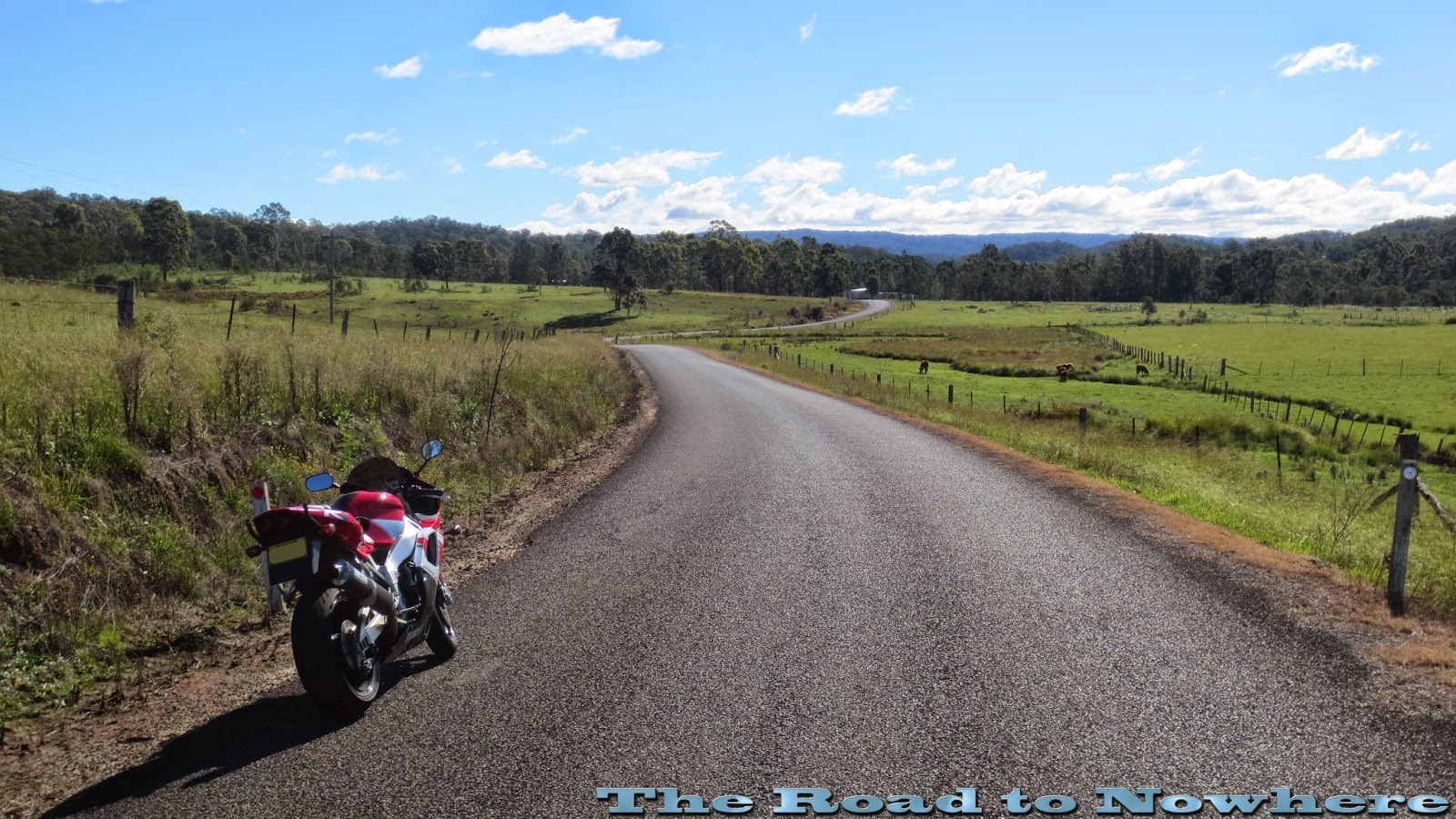 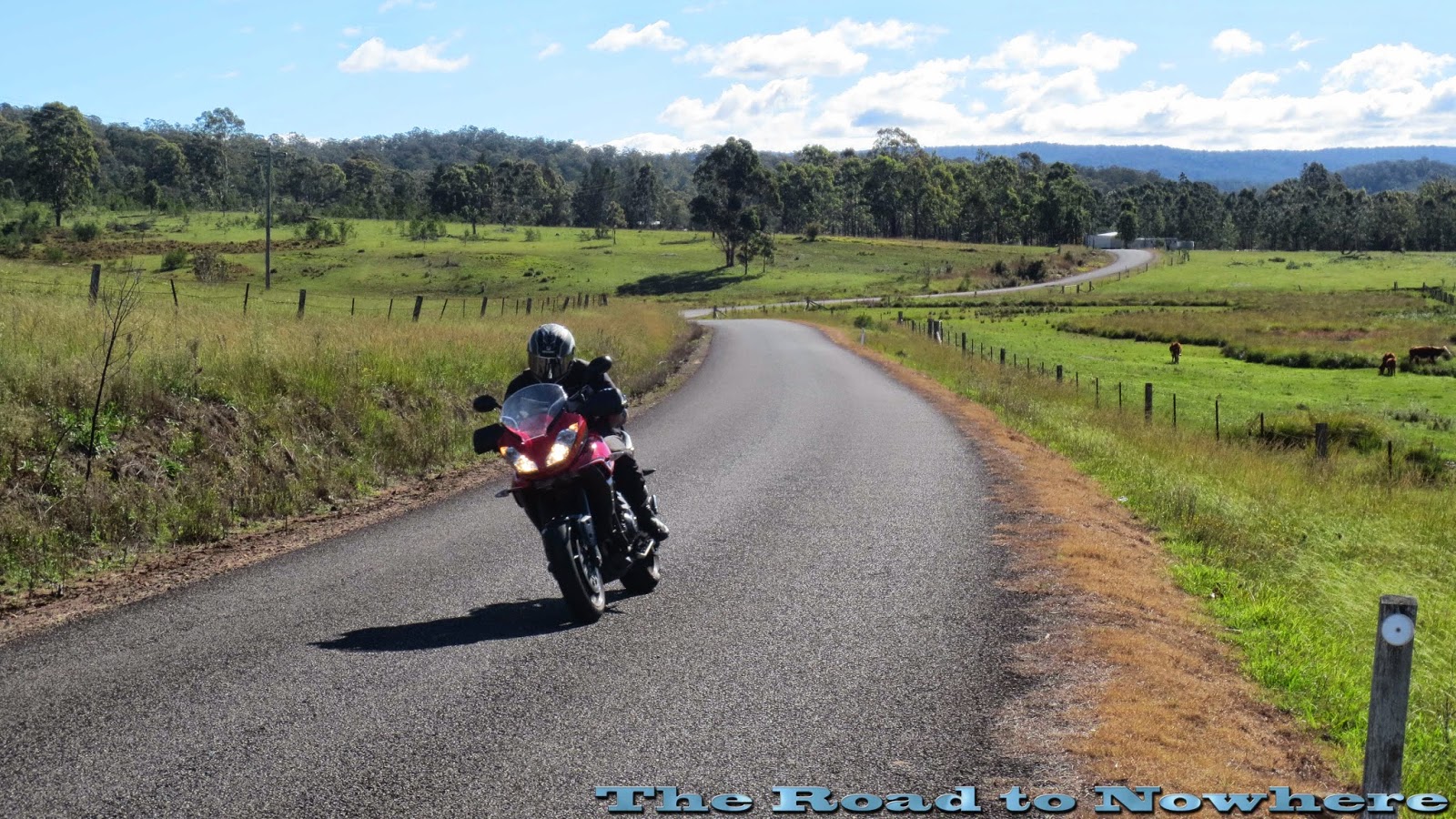 Here's a quick action pic of Geoff living it large coming out of Putty locality.

Back at the main turn off onto the Putty Rd back to Windsor we could see the lines on the road waving up and down going up the hill. The putty road has deteriorated badly in the last 2-3 years probably due to lots of trucks using the road to avoid the weigh stations on the M1. There seems to be lots of trucks on the putty during the week. It really needs some resurfacing. The best part is definitely the smooth twisty section at Colo going down to the river. We didn't do the 10 mile today but that is always good too. 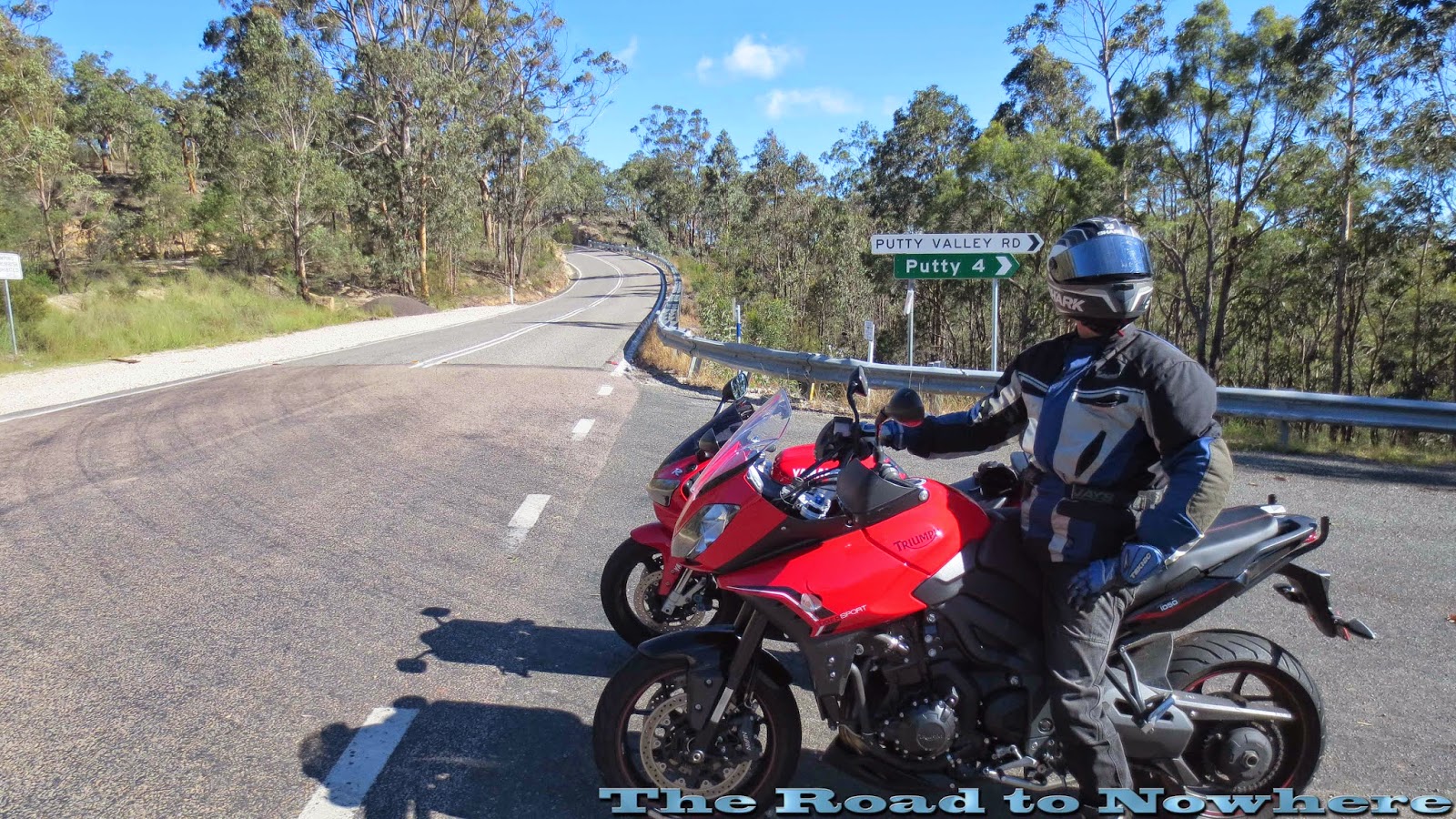