On the weekend I decided to take the family to one of Sydney's other famous icons. The Sydney Tower Eye or as most aussie's know it as centre point tower in the middle of the city. My wife had won some free passes so I thought it would be a great experience for the kids to enjoy the day out. And to be honest I wanted to go and have a look at the tower since I haven't been up there since I was about 11 years old. I don't know who was more excited me or my 5 year old princess. 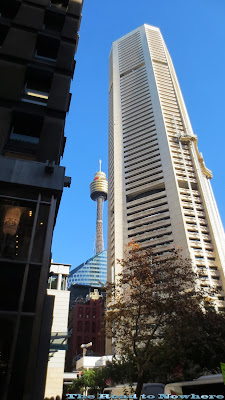 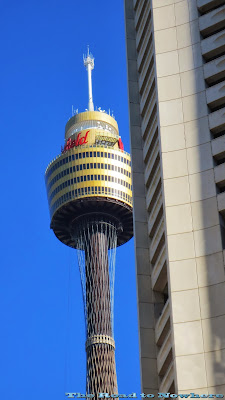 The tower is Sydney's tallest building standing at 309m, which in world terms is pretty small. Auckland's Skytower is the tallest tower in the southern hemisphere at 328m, although the observation deck of sydney tower is 50m higher than the Skytower in NZ. These are very small next to the worlds tallest building Burj Dubai at a whopping 828m which is nearly 3 times the height. 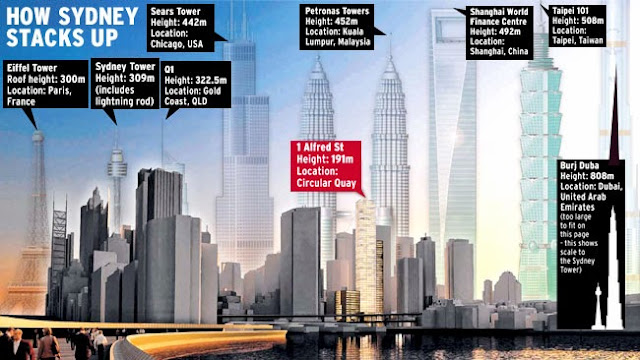 It may not be one of the tallest buildings in the world but the views from the observation deck are pretty spectacular. The day we were there was on a Sunday with clear blue sky's and only a little haze in the sky. You could see for 80km from this height.


Little miss 5 year old was much impressed with the views and was running about looking at everything. Things were going to plan as I knew that she would be well and truly buggered by the end of the day leaving me and the missus with a quiet evening. It was funny when little miss 5 called Sydney tower the Eiffel tower. We all had a good laugh as well as another lady nearby.