It's been a long time coming seeing as it's the middle of February and all, I finally got to take my Christmas holidays horay. You see I worked through the Christmas and new year with only the measly public holidays to keep me sane. Couple that fact in with not being able to get out for a ride on the bike since before Christmas and one could almost be forgiven if I'd gone mad and went out on a rampage Ala Micheal Douglas in FALLING DOWN. Luckily it didn't come to that and I got to go on a 9 day holiday with the family up the north coast of NSW to a small place called skennars head which is just north of Ballina near lennox head.

The drive up the Pacific Highway was its usual crap fest of heavy traffic and road works. Its been 20 years or so since they promised to make it a dual lane highway all the way to Brisbane. There are still huge lengths of road that hasn't been fixed yet and are still single lane road from just above Port Macquarie to up to Ballina and there are huge amounts of road works happening from Coffs Harbour to Grafton and beyond. It was constant 60 and 80 construction zones, Pretty frustrating driving that's for sure. But give it five years and it will be a fantastically fast run up the coast, but for now its still pretty shit.

On the way up I thought that I'd turn off the main highway and drive up the old pacific hwy through the bulladelah bends. I'd remembered seeing this bit of road on the news years ago on every single public holiday weekend with a fatal accident. After driving on this piece of road I can see why. Its a very windy piece of road over a mountain pass and with lots of traffic and poor driving skills coupled in with such a long drive it was a recipe for disaster. Now there is no traffic on this section of road and it makes for an excellent piece of motorcycling tarmac. I'll have to come back and ride it so I can make a post about it.

Skennars Head is a small beach side community. I grew up in the country an know nothing about the sea, so to me beaches are just pretty things to look at and just messy things to play on from my point of view. I'm the type of person who would go out in the surf and get stuck in the first rip and drown, so its a bit of feet wetting and onlooking for me. Lots of people love the beach but not me. Give me rocky mountain scenery and huge valleys and vistas any day over the beach. 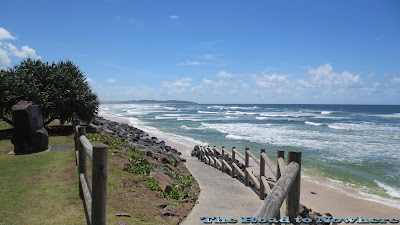 
The kids on the other hand loved the beach and played both on the headland and in the surf. And when they couldn't play in the surf they played in the pool. Ah just wonderful to relax in one of those poolside chairs. Actually it was that relaxing I'd fallen asleep in one of them. 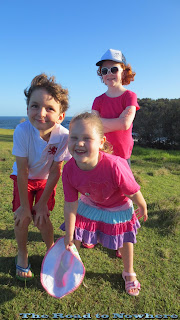 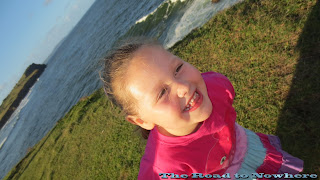 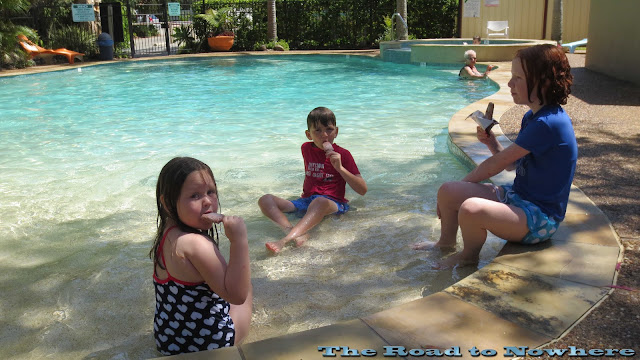 Its been awhile since I've taken a holiday and done absolutely nothing at all and enjoyed every minute of it. It was just so relaxing to do nothing. If only I had a bike here that I could ride.

One of the mornings we'd decided to check out this little cafe called Lilianas Cafe that was recommended to us from some of the locals. Apparently the cafe has been built in the old remains of the opossum creek public school which was built way back in 1911. It's a up market trendy little cafe that wouldn't be amiss in say down town Sydney even down to the genuine city prices. But what this has that any city cafe doesn't is a wonderful winding single lane road that comes down the hillside in lush green country to a perfect peace and quite. A magic spot for a coffee and morning tea. Just so tranquil. 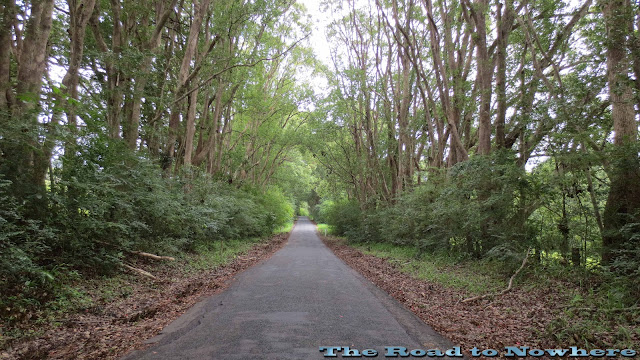 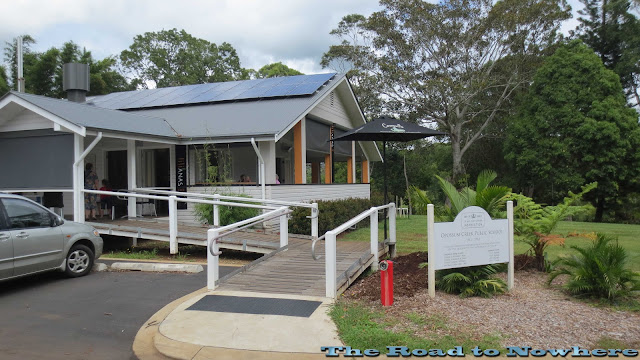 I'm not sure how this place stays in business as its in the middle of nowhere and not on a major road so tourist wouldn't really be able to find it so it must be locals keeping it running. I hope for their sake that they stay open. Its hard in these small country communities.


Mrs Chiller wanted to visit some relatives in Brisbane on one of the days so I began scheming up ways of getting my hands on Flyboys R1 to check out some roads in Brisbane. Mt Nebo came to mind. Unfortunately I didn't have enough time to go in search of any good biking roads in the area, so Flyboy showed me a few of the roads in his local area one of these being West Mt Cotton road which has a couple kms of down hill twisties. After riding this section I was wondering why he was telling me that many Brisbane bikers have been killed on this section of road after I road down it and not before? Was that a wicked plot?? Ah well it wouldn't have been my broken bike. Heh heh. This was my first ride for the year.

We checked out some of Brisbane bike shops at springwood. There are 5 or 6 bike shops within walking distance of each other. I could have almost bought that brand new CBR1000 for $15,900 including on roads. How cheap was that? Well that's the same price I paid for my R1 13 years ago. That's a fantastic price. I had visions of me bringing home a new bike and then another vision of Mrs Chiller cutting off my nether regions with a blunt and rusty butter knife.

On the trek home rather than come back down the Pacific Highway and its quagmire of roadworks we instead crossed over the great dividing range to Tenterfield which is a fantastic road(I'll make a separate post about that one I think) and down to Tamworth for the night. For those non Aussie readers Tamworth holds Australia's biggest country music festival every year in January. Its where they have the country music awards. I don't really like country music much it kinda grates with me, I think Metallica's 'Mama said' is about as country as I get.

Tamworth is also home to the huge golden guitar which is on the New England highway on the way out towards Sydney. There is also a motorcycle museum at Tamworth which I didn't get time to look at. I'll have to come back one day to check that out. 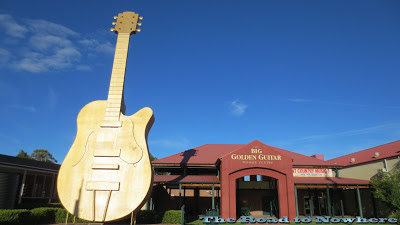 On the way back down towards Scone we could see the mountain range looming up ahead in the distance. There were clouds coming over the crests of the mountains and rolling down the hillside. It was fantastic to look at, and I tried to capture a few pictures but I think we were just a little to far away to capture it properly. 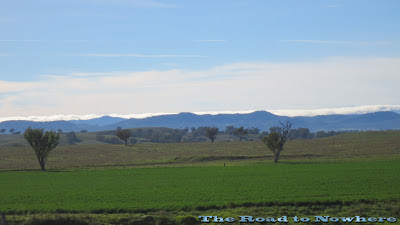 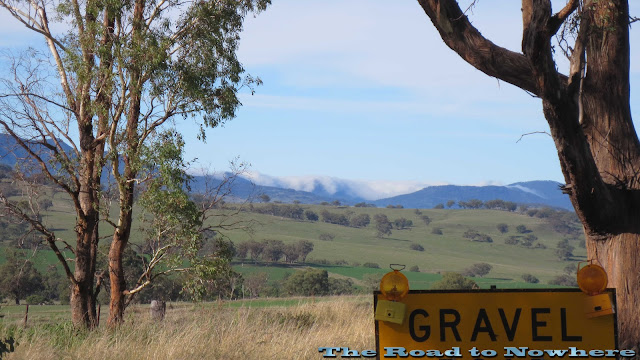 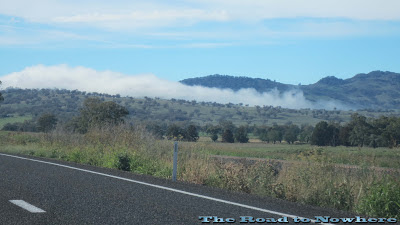 For the final leg of the trip we came down the Putty Rd into the back of Sydney through Windsor instead of driving the boring F3 freeway. We stopped in at the grey gums cafe for some lunch. I was surprised to see no bikes in the parking lot at all. Normally there would be some bikes here and especially so on weekends where its is packed out. It was over cast and some showers in the area so that's probably what kept them away. I must say they really do a great hamburger at this place. Now I just need to get out for a ride soon. 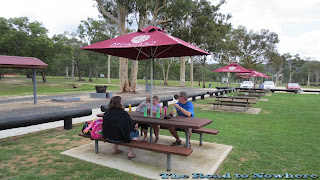