Today Bushpig and I decided on a fairly short ride out to Wisemans Ferry and had planned on coming back through the Old Pacific Highway. On the trip up Cattai we came upon a V8 Ute sitting behind a car, once bushpig had dispatched the Ute, the Ute overtook the car in front as fast as possible at the next opportunity he got which was just about when I went to overtake. He sped right up behind bushpigs R1. Luckily I was thinking this guy might try this so I sat back for a bit to pick my moment where I was going to pass.
This guy was going round blind bends with 2 wheels in the oncoming lane just to keep up. What an idiot. I quickly decided to get out of there before he had a head on with someone.  We got into Wisemans Ferry just in time for Lunch. 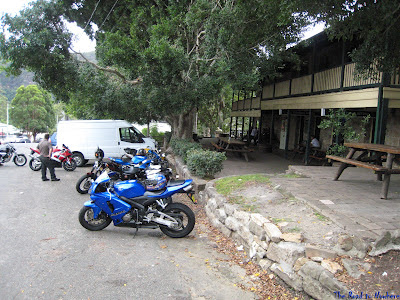 There are quite a few bikes at the pub today. Just had a quick burger and chips that was so-so, Bushpig had the home made pot pie. It looked superb so I know what I'll be ordering the next time I stop here. Just as we are about to leave I notice a couple of guys loading an R6 up into a trailer. Apparently it was making horrible noises that sounded expensive to fix.

We decided to change direction and head back down River road and take the Ferry's instead of going the long way round to the cop infested Old Road.

After riding along the river we came to the Lower Portland Ferry. It was only a short wait till we rode on board and continued on towards the Sackville Ferry. 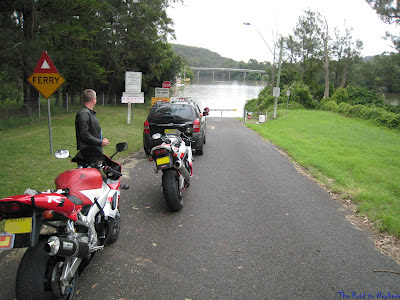 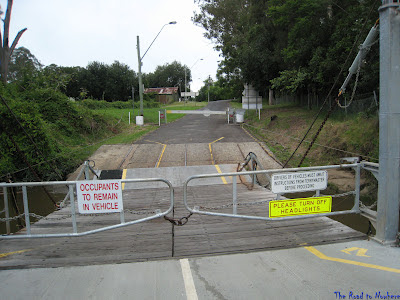 It was only a short ride of a few km's from the lower Portland ferry to the Sackville ferry. The ferry was at the other side when we arrived so we went for a bit of a walk to the waters edge for a couple of pics then it was quickly back to the bikes as the ferry doesn't take very long to cross the river. 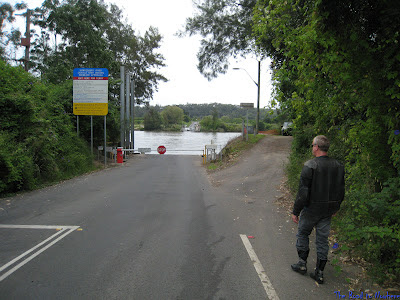 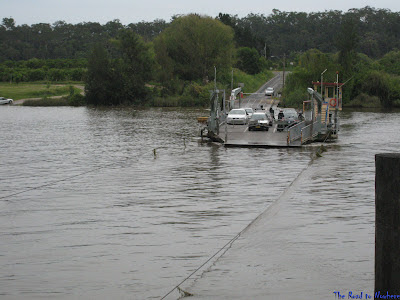 These roads are pretty popular with bikers in Sydney even though they are mostly back roads, there were a few bikes on the ferry coming over. 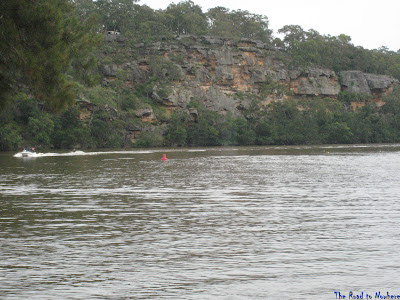 There are lots of sandstone rock formations in this area which is pretty unique to the blue mountains area. I noticed lots of people out on the river today skiing and just cruising enjoying the cool waters.

It was an good ride out today but just a short one at about 150km's plus it was threatening to rain all day with a few spots on the visor but nothing eventuated out of it just some hot humid conditions. All in all a good day out.
Posted by Steve at Monday, February 27, 2012