The trip back from tassie was always going to be a let down, I'm mean how could it compare and the weather forecast wasn't looking good today with rain and showers for Melbourne. We said goodbye to Flyboy and Andy as they both were headed for Adelaide.

We just managed to skirt around the rain riding along the freeway and got as far from Melbourne as possible before stopping at the Wallan service centre. We said goodbye to Craig and Geoff here as they were heading home today. The rest of us were heading north with no certain destination known. We'll see what happens was order of the day.
A few stops here and there along the way, picking up Stu in Broadford as he seemingly got behind then went past as we stopped for breakfast. We meander through Beechworth and on up to Holbrook. It was around 2:30pm so Doug called a few pubs, nothing in Boorowa, Scotty suggested Tumbarumba. The Tumba pub had rooms so that was were we were heading. Going down Jingellic road Stu pulls over and says let's turn around, the skys were black and foreboding, so we approached Tumbarumba from the Rosewood side from the north. Storms were approaching and it was raining to either side of us. We just made it into the pub before the heavens came down, how's that for luck? 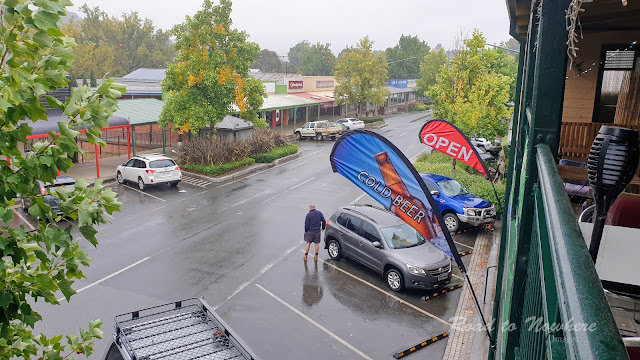 When we were getting fuel in Holbrook I saw some USB cables and bought one to try on my Africa Twin, plugging the phone in it started working and the maps came up on the dash. This made navigation much easier, wish I had that at the start of the trip, the one I had kept vibrating lose and I eventually lost it so borrowed Flyboys cable.
It was bucketing down outside but we stayed dry, Stu found the $10 cocktails, so we had about 5 each until they ran out then went back to beers.

Scotty ordered the T Bone, when it came out it was about an inch thick and covered the entire plate. Biggest T Bone I've seen in years. 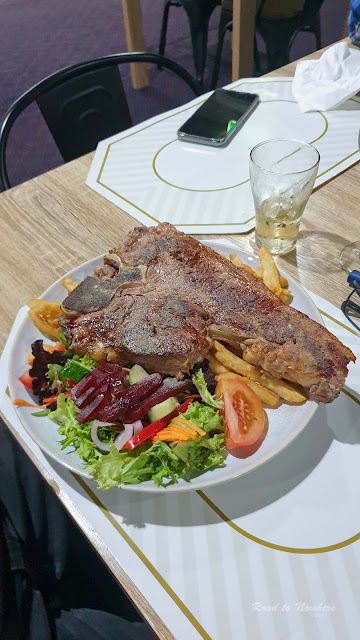 We retired to the common room upstairs after closing for a couple of end of tour drinks. We would be home tomorrow. 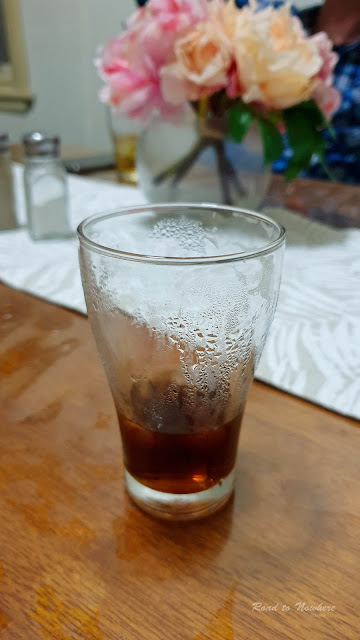 Cheers and thanks for reading this far.