Today was to be our last day in Tassie which I could sense that everyone was a little bummed out about. Another couple of days here would have been fantastic. But all good things must come to an end.We had some breakfast then checked out of the hotel. I was surprised we were up so early after such a big night out.
Our tour captain didn't have a plan for today's ride so we had to quickly devise something. I think he was a little ride fatigued. So my plan was the road back out towards Zeehan but before that there is a turn off up Anthony Road towards Lake Plimsoll. The first few kilometres of twistes then opened out quite a bit into a high speed sweeping road with views of large vistas and along the side of the lake. 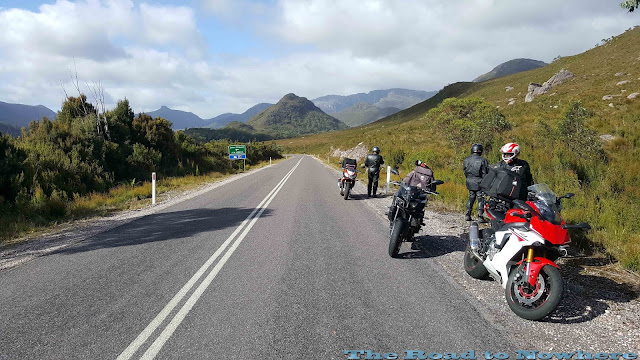 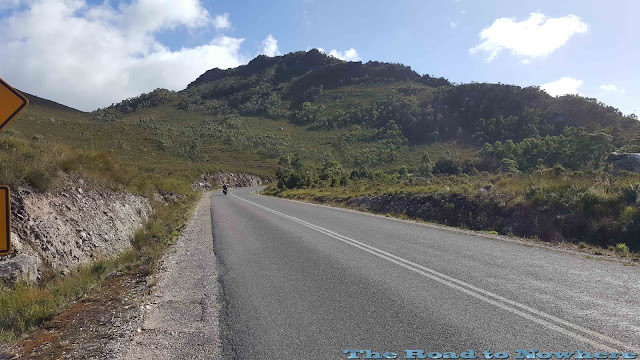 We stopped just past the Lake but I think everyone had photo fatigue as well and no one really wanted to stop and take any snaps. The scenery here was actually quite amazing and I took very little photo's. Time to plan another trip I think, lol. It would have been nice to be able to spend some more time exploring the west coast as it is very scenic. 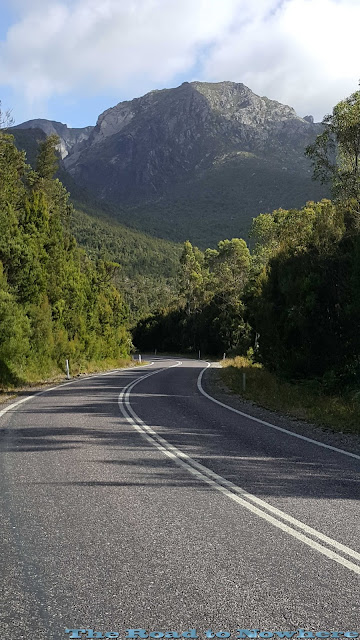 We came back onto the Murchison Highway about 10km east of Rosebery. I needed fuel and remember that the road over to Rosebury was a mountainous selection of twisty delight. The other guys enjoyed this bit of road as well. Pulling into the only service station in town to get fuel I noticed it was closed. They had prepaid via credit card though. For some reason my card wouldn't work so Dave paid for both of our fuel on the card whilst I gave him the cash. That could have ended my day pretty early on stuck here with no fuel on a Sunday morning.

We stopped at Rosebery bakery(yes I know yet another bakery) for some morning tea whilst we tried to find out whether the road up the coast to Authur River was sealed as everything I'd seen so far says it was dirt.

Every single person we asked was either not from Tassie or not a local so we decided to continue back up to Hellyer Gorge again as we didn't want to get caught stuck going slow on a dirt track a long way from the boat. Doug wanted to visit Stanley as something touristy to do. I hadn't been to Stanley since I was a teenager so it I was interested to see it again. The ride along the coast has some great ocean views but as far as riding goes it was pretty uninteresting. 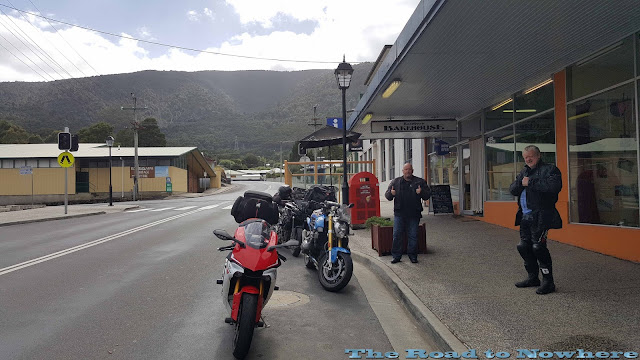 We hit some more wet slippery road works on the way up to Hellyer Gorge which caked the bikes in mud/clad/lime. Again I couldn't see my number plate or brake light. 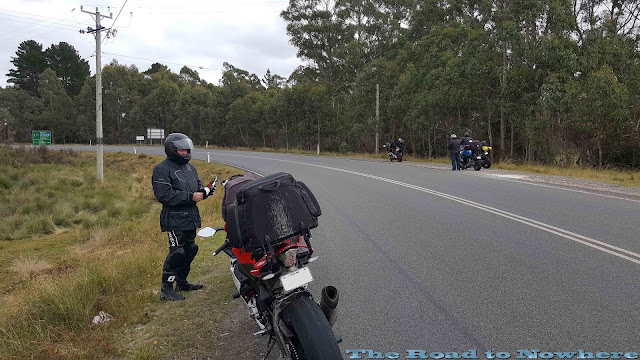 It was another fantastic ride back up through Hellyer Gorge and then we headed on up to Wyndham. The ride down to the coast was a great little run where you could see the ocean in the distance but twisty hilly road winding down towards it. Great stuff.

We stopped in Wyndham and got some more fuel before we headed out towards Stanley. Stanley is famous for what is called "The Nut". It's actually an ancient volcanic plug. It has step sides and a flat top. There is even a chair lift that can take you to the top. We stopped off at the lookout on the way in and took a few photo's.

We arrived in Stanley and yes it is a very small place. But that's not to say it's not a beautiful place. We all wanted to grab some seafood lunch. I really didn't want to sit down at the restaurant but more or less just have fish and chips by the beach or marina. Finding nowhere good to sit around the water front we eventually had our fish and chip lunch in the park. 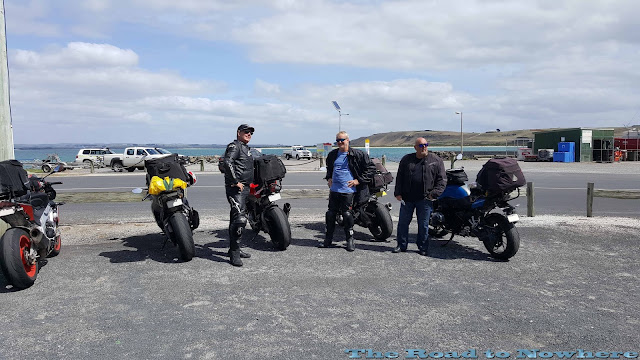 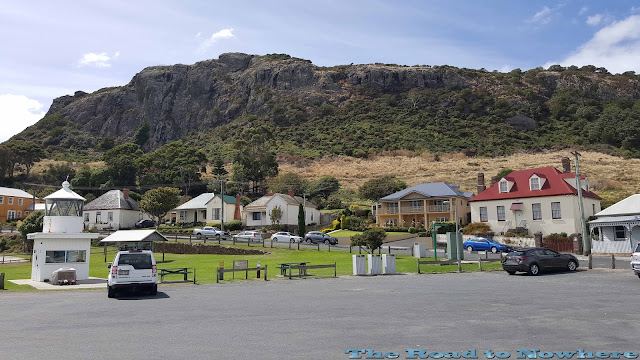 The houses at the bottom of the nut are very old school architecture and very pretty. Looks like a nice place to live. Walking down to the marina the colour of the water was beautiful aqua blue and emerald colour. 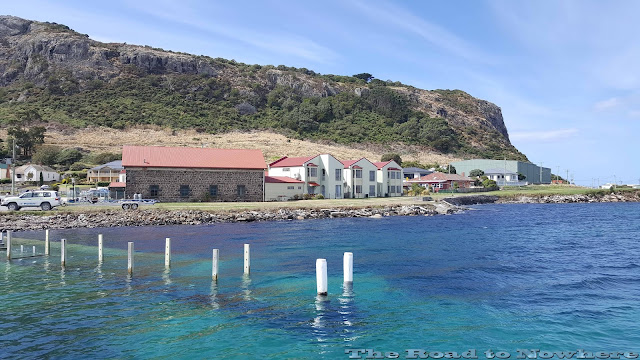 It was about 3pm by the time we had left Stanley and headed towards Bernie and Devonport where we had to be back to the boat. The boat wasn't due to leave until about 9:30pm so we still had plenty of time so once we got to Burnie we decided to head down around a few of the other little back roads on the northern part of the Island.

We stopped in at Woodhouse lookout, a fantastic little road out in the middle of nowhere with no one on it. This road is a 'B' road out through the little farming communities. There are lots of elevation changes on this road with forested mountains to hilly farm lands and little river gorges. Fantastic views from the lookout. 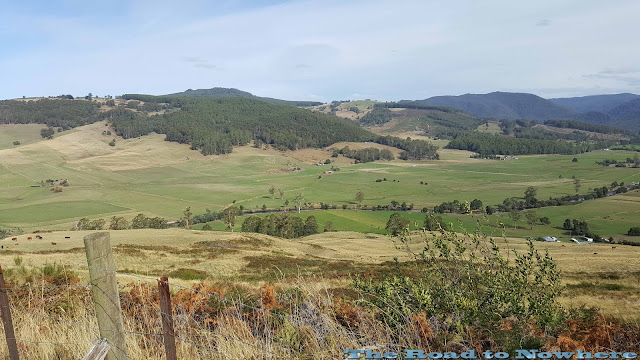 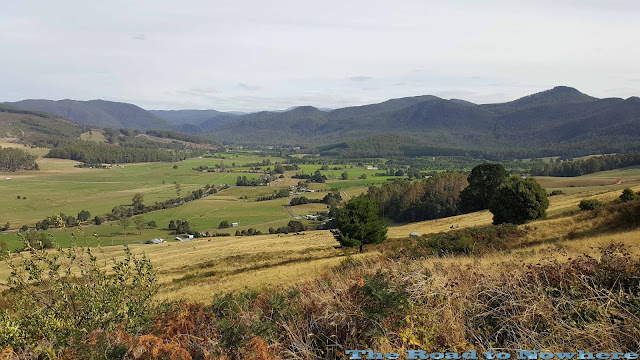 We arrived in Devonport just before 6pm and filled up the bikes. Whilst at the petrol station a couple of guys pulled up in a 1938 Alfa Romeo open wheeler. The owner was one year younger than the car. He was pretty enthused to show of the car opening the engine bay to show us. He was wiping oil off of the engine bay door after opening it. 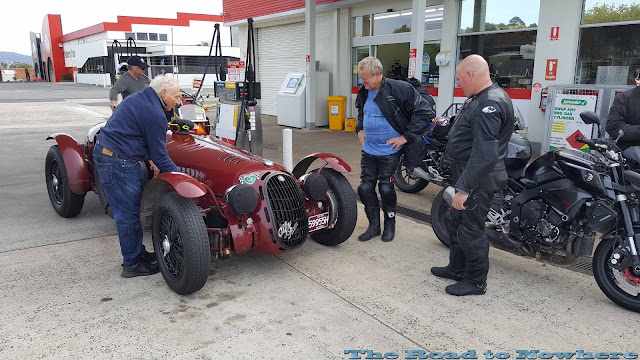 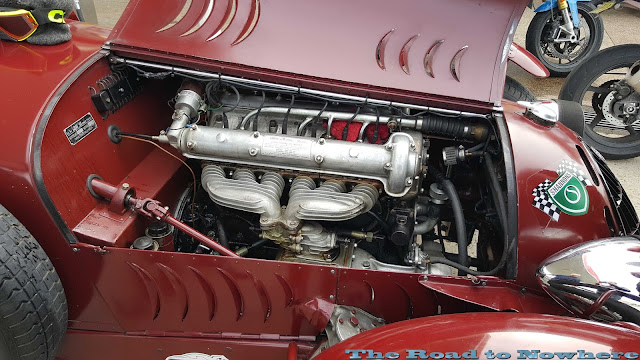 Looking over the car Stu says to the gentleman owner of this beautiful Alfa. 'The boot's not very big'. His reply was 'your prick's not very big either'. There was laughter all around. BAM wasn't expecting that. 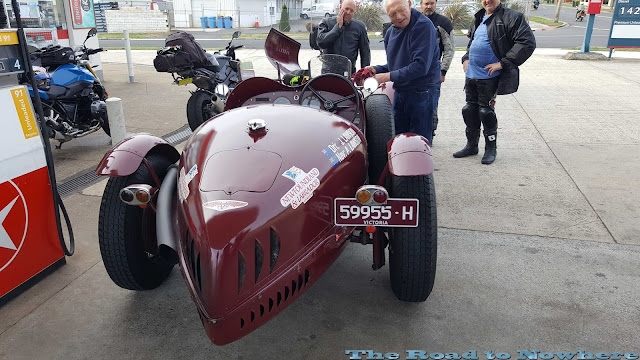 We had to wait for the boarding time on the ship so we went to a local club and had some food and drinks and waited. About an hour from departure we rode down to wait in line. It seemed like we had to wait about an hour till be could board the ship again, by the time we got on and dumped our gear in the room it was about 10pm. A few wind down beers before we hit that little tiny cabin. This time I put ear plugs in and actually got some sleep. 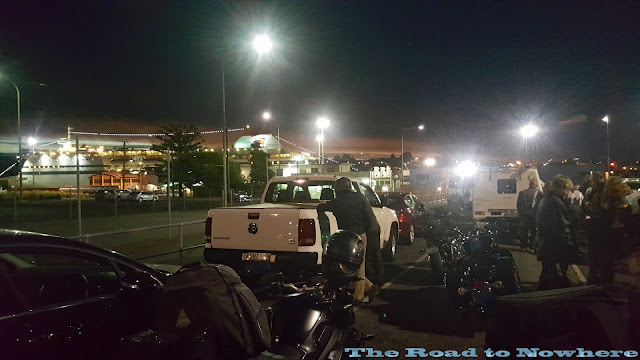 Tassie is such a beautiful place to ride that 6 days was just over with far too soon. Two weeks would have been a much better trip as you could do some touristy type things as well but there are so many places we just didn't get to see and fantastic roads that we missed out on riding. Perhaps another time.

If your thinking of riding Tassie my advice is just do it you won't regret it. We booked our accommodation in advance as there was 6 off us travelling around. If your travelling by yourself you might be able to wing it and get accommodation as you go but if your in a large group I'd recommend you book in advance.

You might want to check the road conditions before you come as well as a lot of roads look like sealed roads on google map but in reality are small one lane dirt tracks. Fine for Teneree riders not so much for sportsbikes.

One of my biggest tips for riding tassie would be to not ride around near dawn or dusk and definitely never after dark, there is so much wildlife in this place you can spot road kill on the side of the road every couple of hundred metres. That means no 1600km rides in 24 Hrs Andrew. Another good one is to be careful with fuel stops. If you have a small tank make sure you fill up early as some places just don't have any fuel available or are not open after lunchtime on Saturday. Gordon River road has 1 fuel stop along in 105kms and its a one way road.