Friday morning arrived and it was overcast still and raining in the distance, I was quite hungry and was in need of breakfast and so we wandered along the street until we found a nice little cafe where I had a fantastic scrambled eggs & bacon breakfast, health food of champions.

After breaky we loaded up and got ready to head off. We lost Dave here as he had to head off for home early as he was due to leave for a 10 day cruise on Sunday the lucky bugger. Our destination for today was only 2 hours away which was the Golden Age Hotel in Omeo. Being such a short distance however we did have a loop ride planned for Mt Hotham, Tawonga Gap and Falls Creek back to Omeo which would take most of the day, checking the BOM there were also thunderstorms predicted for this afternoon too.

We missed the opportunity to ride the Bonang this morning as there was heavy rain along there until about 9am so the weather radar showed. Leaving Orbost behind we travelled along the road to Buchan, the Orbost end of this road is very narrow to the point of being almost a one lane road and the tree's are right on the road verge. I thought that this early in the morning that we would see some Skippy's so I was quite content to sit a couple hundred metres behind everyone else. Turns out they saw a few wallaby's jumping across the road but I didn't see any which is just the way I like it. As the road got closer to Buchan it opened out into a more free flowing road, much more to my liking over rolling hills with green fields and farming land. It must rain here a lot as everything is green. 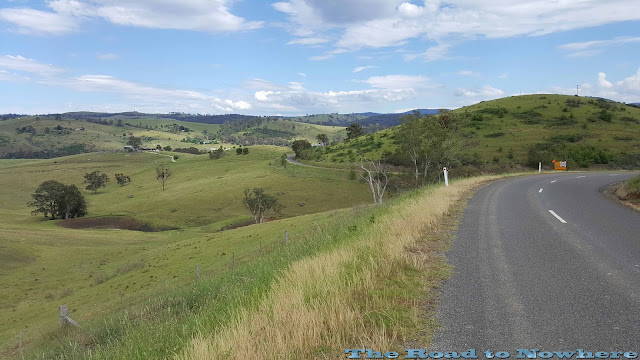 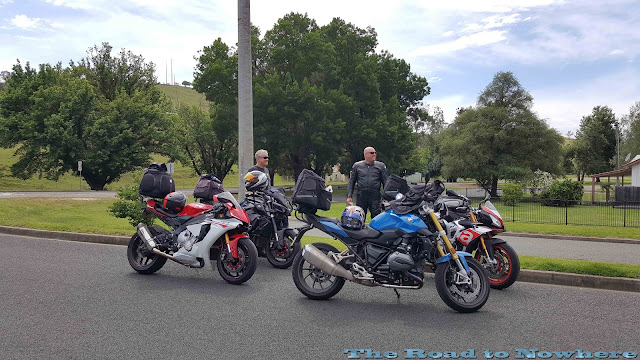 From Buchan we retraced our steps from yesterday's route to Bruthen and up the Great Alpine way to Swifts creek where we turned off the main highway and took one of the back roads into Omeo. This is a great little detour with twisting tarmac with many rises and falls along the way and there were quite a few bikes headed in the opposite direction.  We stopped in at Omeo at the Bakery for lunch again, another fantastic pie at the bakery. We then proceed across the road to our accommodation and dropped off our bags and put them in the rooms for tonight so we could ride along unencumbered.

We headed up to Mt Hotham and there must have been a passing shower as the road was wet for a short bit. My back was getting wet from spray from the rear tyre. With no rear fender the water sprays up from the rear tyre and onto my back and all over the rear seat area. I hadn't noticed when the bag is on as it stops the water. 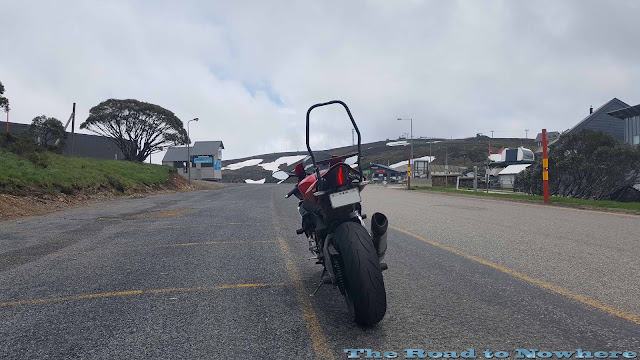 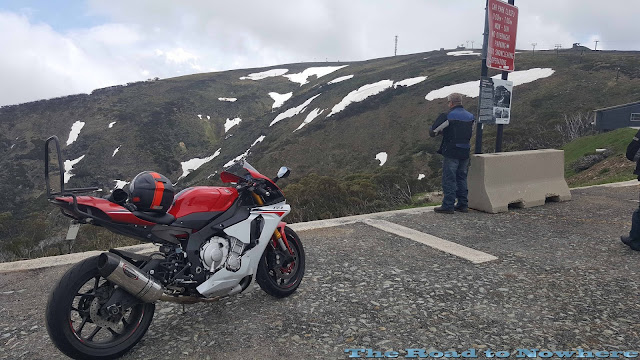 Arriving at Hotham heights we checked out the snow drifts which were bigger than last year. It was about 12°c here and we could see many dark clouds down below us and coming in our direction. 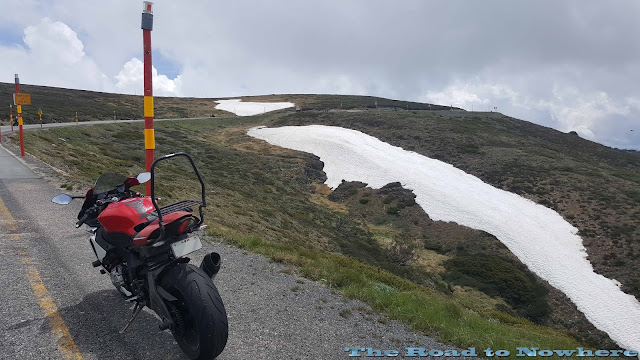 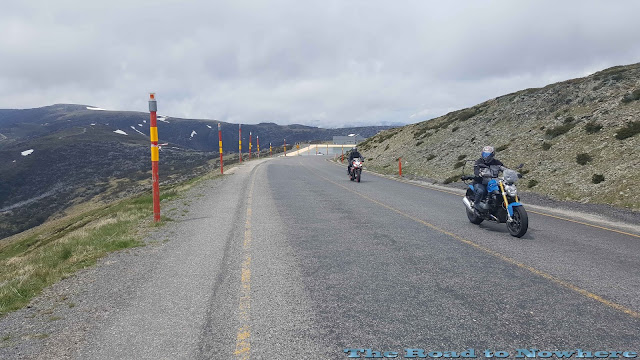 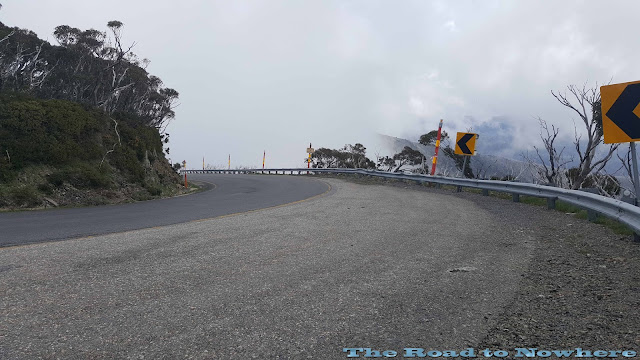 We rode on until the clouds were sitting on the hills. Doug and I rode into it but you couldn't see anymore than about 5 metres in front it was that thick. We turned around and came back up. There was a huge storm inbound now less than 30 minutes away showing on the radar. 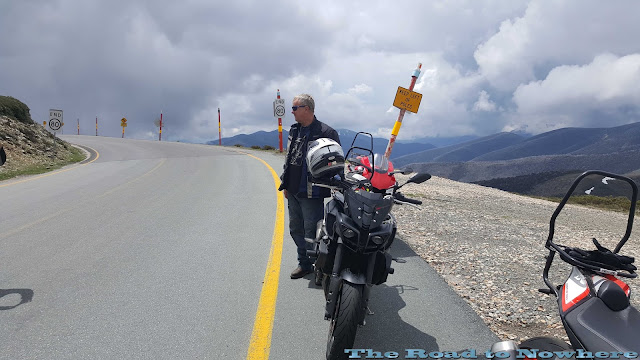 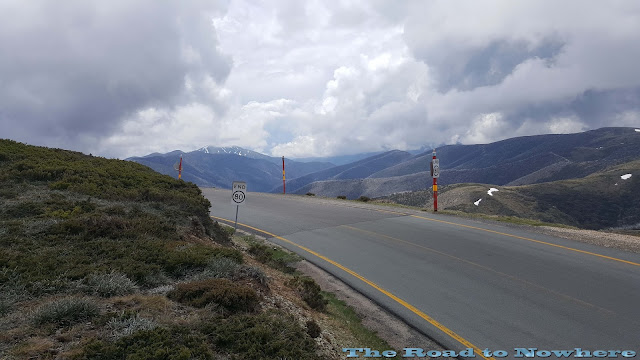 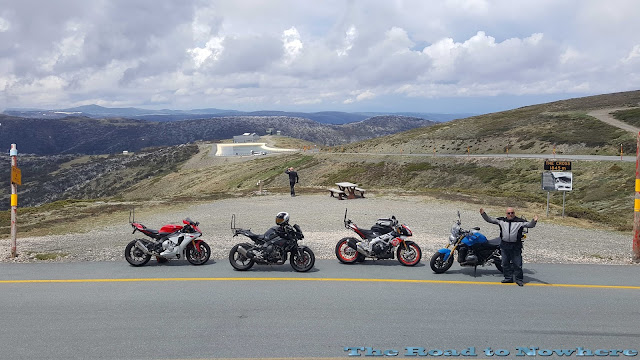 With a storm approaching it didn't stop myself and bushpig from having a snowball fight on top of the mountain.


With the storm approaching we made like bandits to get out of there before it started raining as we left our wet weather gear in our bags back at the hotel, not our brightest move. 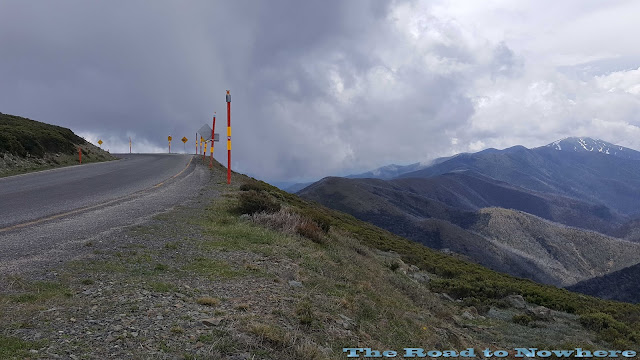 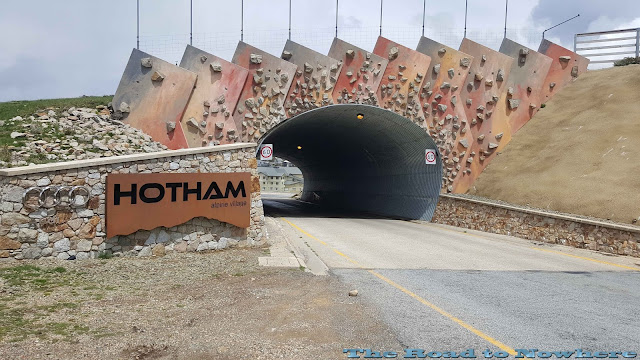 Just down from Hotham is the little village of Dinner Plain, we pulled in there as one of the guys saw a brewery sign. We managed to find our way to Blizzard brewing the highest brewery in Australia which was only about 5 minutes before the lightning and rain started coming down. 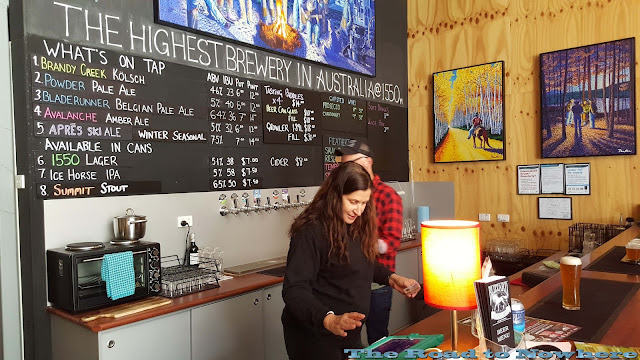 So what does a thirsty biker do in a rain storm in a brewery? You guessed it we tried a sampler plate of some of beers to wait out the storm. We could see on the radar that it should pass over in about 30min or so we did some beer tasting. I quite liked the Powder Pale Ale. 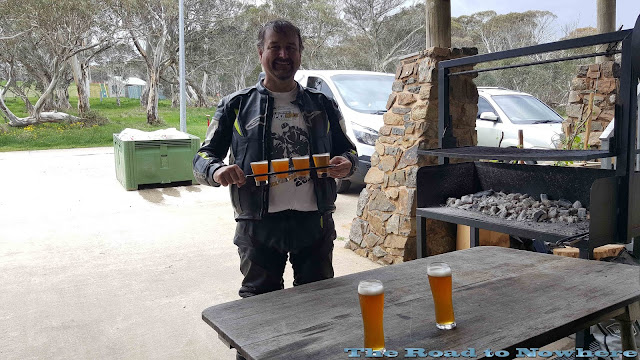 They had some nice pale ales on tap and it would be a great place to stop for a couple of hours with snacks and small cooked meals but we had accommodation waiting elsewhere so had to go. 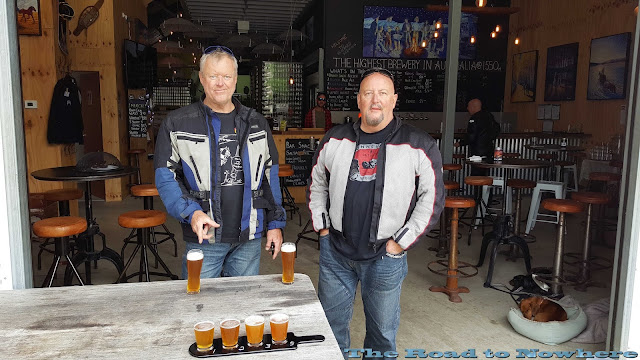 With the time now approaching late afternoon any thoughts of doing the Tawonga gap or Falls Creek road is now gone as more storms were approaching so we made our way back to Omeo and the bar. Below is the storm that passed us by when we were holed up in the brewery. 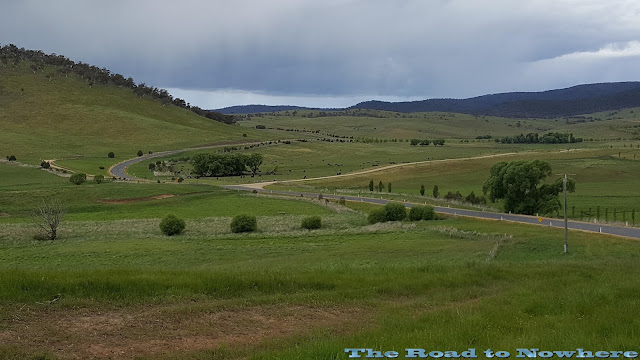 We picked up the pace considerably on the way back. Just out of Omeo was a sign that pointed to Mt Kosciuszko lookout so I diverted for a quick look. The views were straight out over Omeo to the NSW snowy mountains. Mt Kosciusko can be seen to the left in the distance. 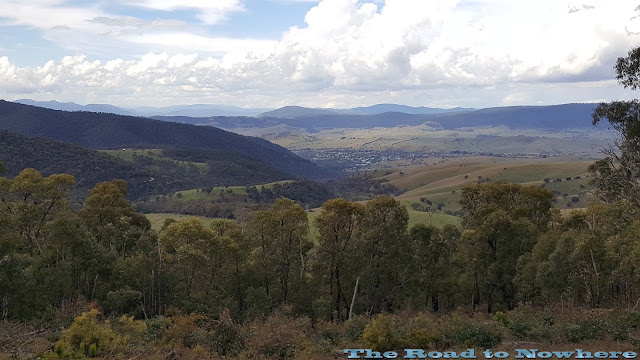 We decided to check out the Top Pub in Omeo for 1 quick beer before returning to our hotel for the night. Not a big ride today  but still longer than yesterday's as the rain and having no wet weather gear put a handbrake on that part of the ride. Still we made a nice discovery with Blizzard brewing. Let's hope tomorrow's weather is more favourable as we are heading back up the Mitta road.