I spent my Sunday morning looking around for a new lid. I had been looking on the interwebs most of the week and it had come time to start trying some on. I purchased my last lid at the Helmet Warehouse at Yagoona, but I thought I try out MCAS at Auburn and see if they'd price match.

I tried on a shoei XR-1100 in large and that was perfect for my head it felt like my current XR-11. That one ticked the boxes. Do they have the colour i want? 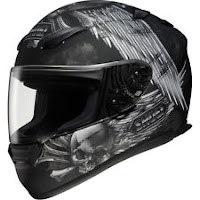 I then tried out the Bell RS-1 Emblem. Bell went pretty well in the Sharp helmet safety test but it still has to feel right. I tried it on and it was neither here nor there. It felt very close around the chin area. The lining didn't feel like the quality of the Arai/Shoei. Crossed that off the list. 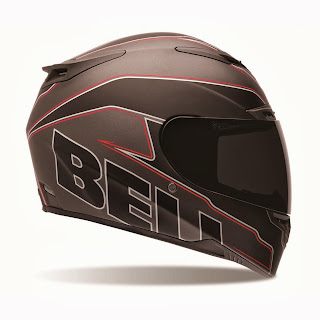 I also wanted to try on some shark helmets. They didn't have many but I tried on the Shark Vision R. It had a internal shade visor which was a great idea. Sadly the large didn't fit my head shape as I could pull it down at the front way to far for my liking and the medium I couldn't get it on my head. Also the internal lining didn't feel as comfortable as the Arai/shoei again. Crossed that one of the list. 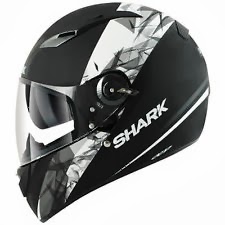 I guess I've been spoilt for comfort on the internal linings of the helmets I have owned as I pretty much have bought top of the line lids in the past. It seems the $500 and below helmets just aren't as comfortable.

I spoke to the lady at MCAS and asked if they had the Shoei XR-1100 in the Merciless colour in Large. The response was a bit underwhelming. "Nope that's all we have on the shelf, there on special. Have you tried the AGV carbon it's a great helmet. Very light and its only $1395"
Well fuck me I thought, that put the clamps on right there. There's no way I was even looking to spend that much on a new lid and they didn't really seem interested in selling me what I wanted, not what they wanted to sell me.  Off to the helmet warehouse where I'd previously purchased my last lid from.

I tried on the Shoei GT Air in an XL and it fit just like my Shoei XR11. It also had the internal drop down shade and one of those fang dangled pin lock visor things to stop your visor fogging up. That might come in handy when I'm in New Zealand next year. That coupled with the fact I could use the clear visor and not have to carry around a dark tinted one as well because it had the drop down shades. I hate carrying a spare visor and rarely do it.

The girls at the Helmet Warehouse couldn't have been more helpful. So here is my new shiny, or not so shiny new lid. 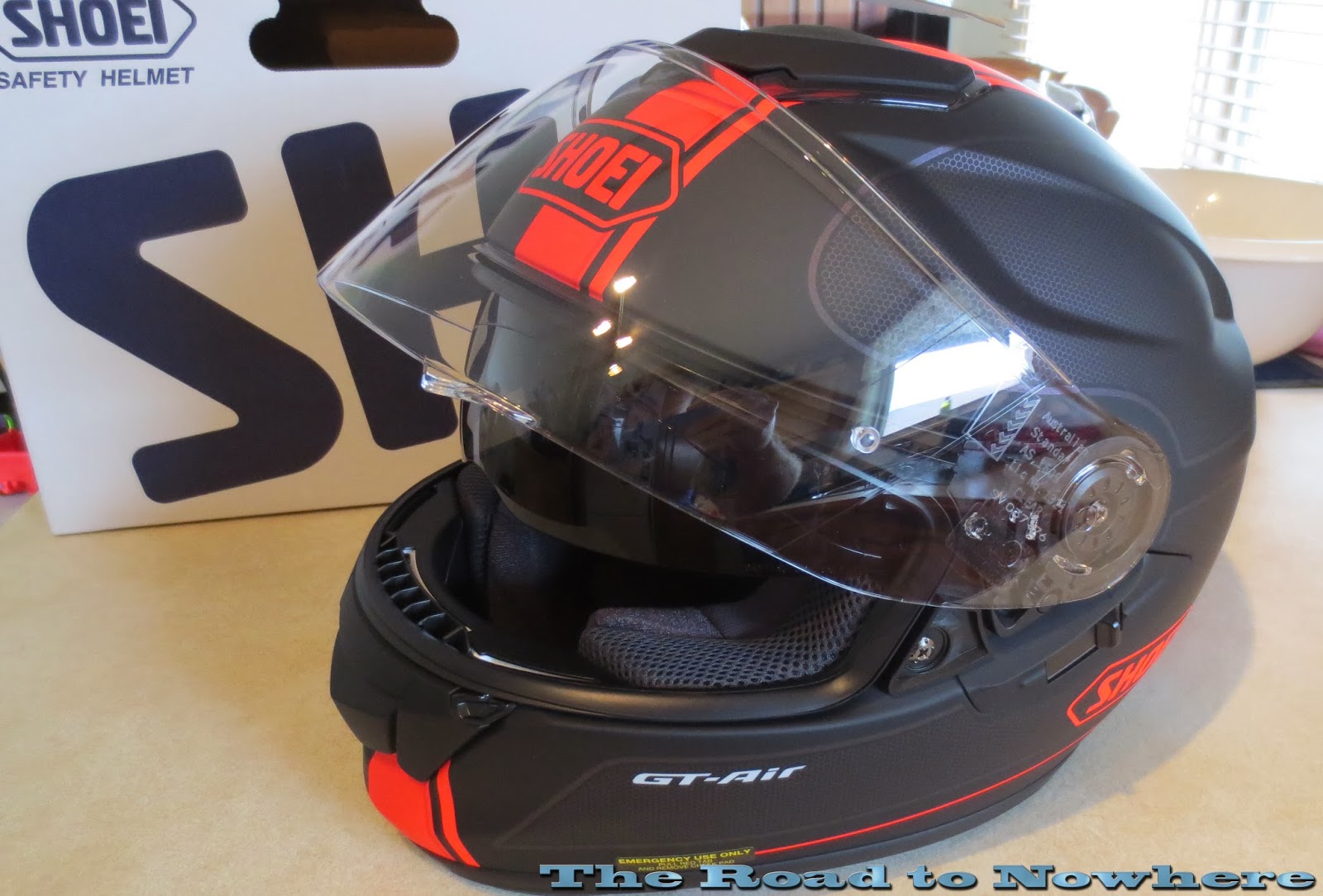 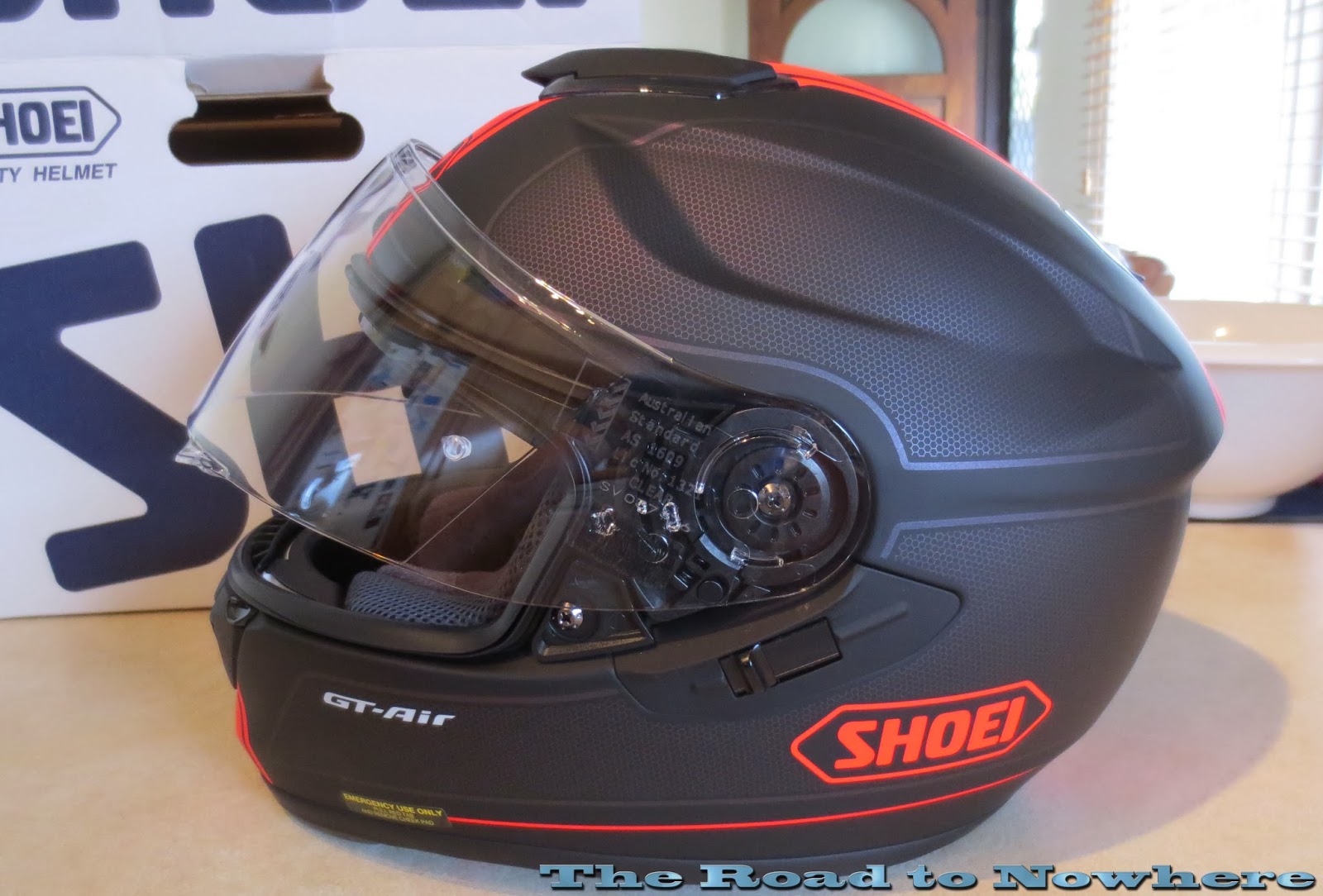