I'd replaced the rectifier and damaged wiring from a couple of weeks back and then went out for a test ride. Geoff came along with his new Sony video camera, its a great little unit. We stopped after about 20 minutes for fuel at which point I checked on the rectifier, boy it sure gets hot I nearly burnt my hand on it, so I checked the rectifier on Geoff's bike and his was the same - bloody hot. It must be just how they are designed. I got home and it was time to give the bike a good wash ready for the snowy ride in a couple of weeks. 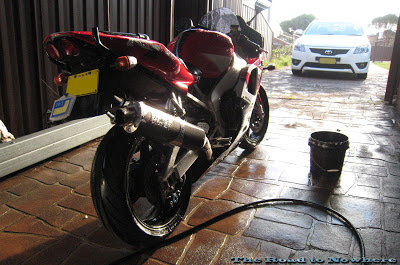 I decided to take off the tank bag cover from the tank to give the bike back its natural look. The painted tank looks a lot nicer than the plain red tank cover. I still had the 2 original stickers on the tank, I'd never removed them. In case your wondering that there's only one sticker that's because earlier in the day I removed the UNLEADED FUEL ONLY sticker. I'm in the process of removing the other sticker. 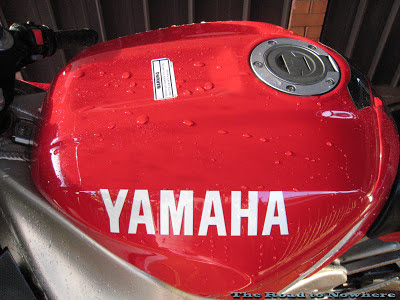 After washing the bike and a brief inspection I remembered that I'd seen this big scrape on the belly pan before so I thought I'd take a pic. I've never crashed this bike(touch wood) so this can only have happened whilst riding along and being cranked over in a bend. Its a bit scary what could have happened. 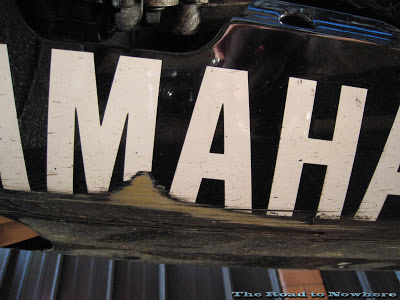