Sunday was to good to be sitting inside watching some cars race around the mountain at Bathurst so Bushpig suggested a ride followed by beers. Of course I didn't need any encouragement so we set off up to the upper catchment area of Warragamba Dam. These pics are from the Nattai Look out. Every time I have come up here I have seen other bikers and today was no exception. 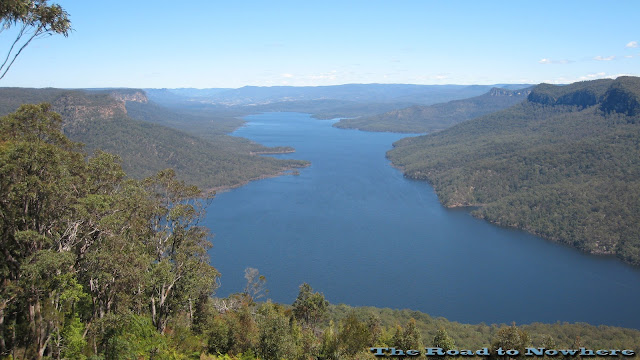 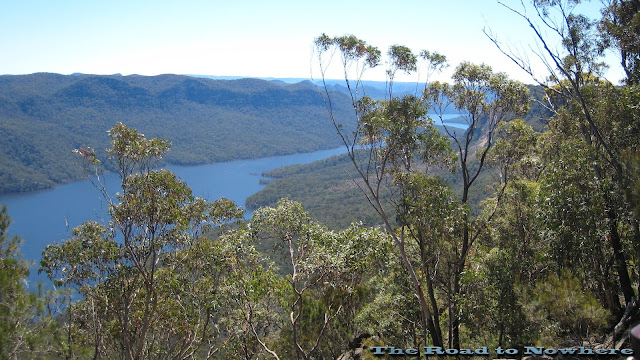 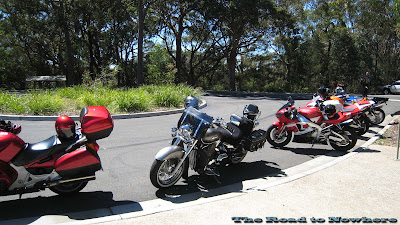 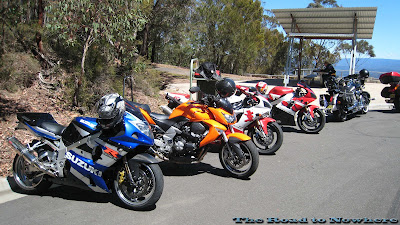 After this stop we decided to get lunch at the Wallacia Hotel. We swapped R1's for the trip to get lunch. I won't forget the little boy with his dad on the way out of the car park, as Bushpig road past him on my R1 he put his hands up over his ears. Looks like my bike must have been to loud for him.

The first difference I noticed was that I could hear the engine noise rather than the exhaust noise. Bushpigs R1 has the standard pipe where I've got a noisy carbon slip on. The other difference I noticed was that his suspension seems to cope with the rough roads a hell of a lot better then mine did, Yep I reckon the rear shock needs to be rebuilt on my bike. His R1 still has the vibration through the throttle side handlebar that numbs your hand after awhile. Handling wise it felt very similar but was initially harder to tip in but this is probably due to the difference in the tyres profile.