It's been pretty hectic around here lately, I've been very busy at work and even working weekends so there hasn't been much riding. During my duties for work this week I had to go down to Perisher which is in the heart of the NSW Snowy Mountains ski fields. The destination was Blue Cow Terminal @ 1,890m / 6,201ft which during the winter is a ski resort, but the other 6 months of the year is deserted.

The Snowy Mountains is a great place for riding motorcycles but not so much at this time of year if it very cold. I was thinking of riding the bike down until I saw the forecast which predicted a 50% chance of snow on Thursday down to about 1400m. Perisher Valley is at around 1,720m / 5,643ft. So after  that I decided on the nice warm work Ute as I had to take the laptop and some tools as well.

I have never been up to Perisher before so I was looking forward to seeing what the road was like up here. Anyone who has ridden the road from Thredo to Jindabyne will have a good picture of what this road is like. I took a couple of quick pics whilst driving along. 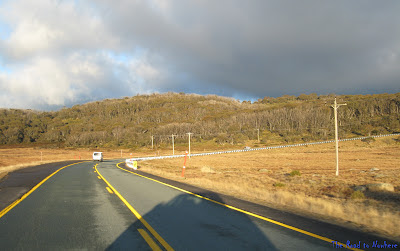 I arrived at Smiggins Holes early and it was freezing cold, we had to get a lift up to Blue Cow in a 4wd as the conditions up here can deteriorate rapidly and you will not be able to make it out in a 2wd vehicle. The road up is just a small single lane dirt track up the side of the mountains, it can be steep in places. Once we arrived at the resort I took some time to take in some of the spectacular views.


The picture below is off the balcony looking back down the valley. You can see the dirt road that leads up to the resort.

Looking out to the west towards Mt Kosciusko(not in picture) there was a bit of snow about, but luckily it didn't snow while I was up here although the temp on the DDC was reading 0.5°C. Not sure what it would have been with wind chill. Brrrrrr. 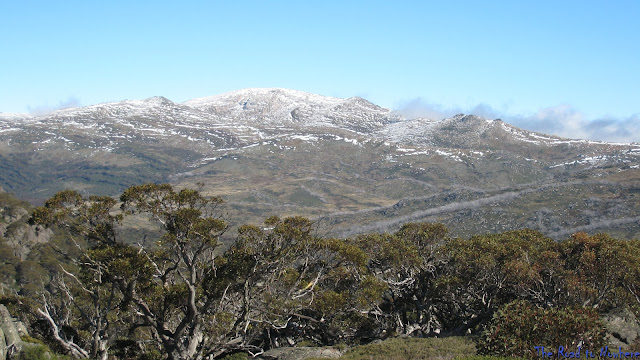 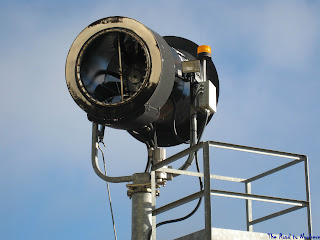 There were lots of snow guns on these slopes but they have yet to be fired up in anger this winter.It won't be long, about 4 weeks away now.

I will definetly have to come back up here and ride these roads. Just have to pay the fee to get into the national park then let the fun begin. Now to just wait for summer to come around.
Posted by Chiller at Friday, May 04, 2012