With Mt Wellington being closed till friday, today was going to be a short ride down towards Cockle Creek and back.

We stopped for breakfast at a small cafe. Unfortunately there was only one guy doing everything and breakfast took about an hour. It was good though, just slow. As we waited we could see the weather closing in from the south, just the place we are riding to today.

We headed down past Kettering and it starts to rain lightly and consistently, as we got down to Middleton it got a little heavier and didn't look like it was going to ease at all. It was only like 12-13°C and wet, there was mutual agreement riding around aimlessly in the cold and wet was pointless so we pulled the pin and attempted to ride north and get out of the rain. As we did so, we got up onto high ground and could see out over Hobart and to the north and there was rain out in the distance. Doug gave the abort signal and we headed back to the casino. I didn't take one single photo this morning and only rode about 100kms.

Due to industrial action the busses were running for free until end of april so we caught a bus into town to have a look around. The 2 Dave's and I checked out one of the bike shops in town, then this bike pulled up. An undercover Police Tiger 900 and the copper had plain black motorcycle gear with Police badges on each arm. Stealth, he had covert lights, siren etc hope we don't see him out on the road. 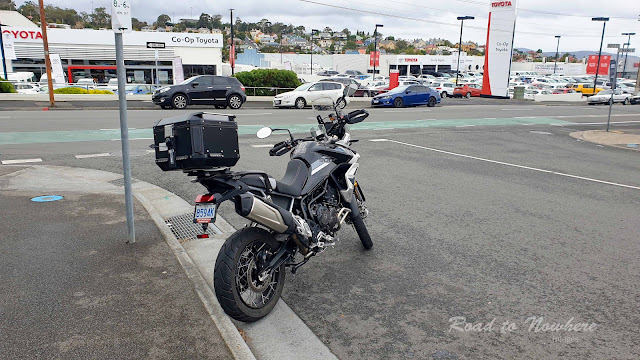 We stopped in at a Thai restaurant for lunch, the Laksa was very nice, although the meal was a bit big and I couldn't finish. Great value at $13. We got a message from the boys that they were in the Whaler Hotel in Salamanca. I'm surprised they made it past 3 other pubs on the way.

After a beer at the Whaler we moved on and had look through the market area. As Hobart was the second city settled in 1803 it has a very distinctive look, just like the Rocks area in Sydney. Although it seems to me that it is actually bigger with more old style houses. Probably because they knocked them down in Sydney in the name of progress. 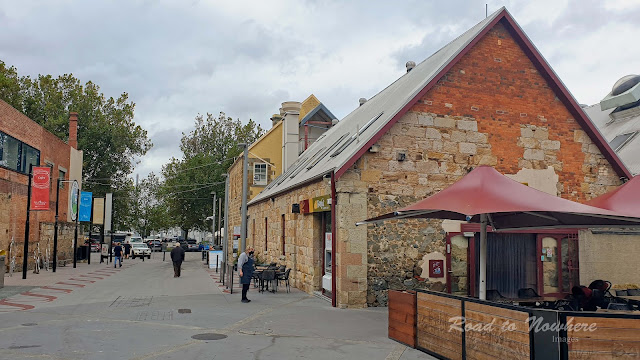 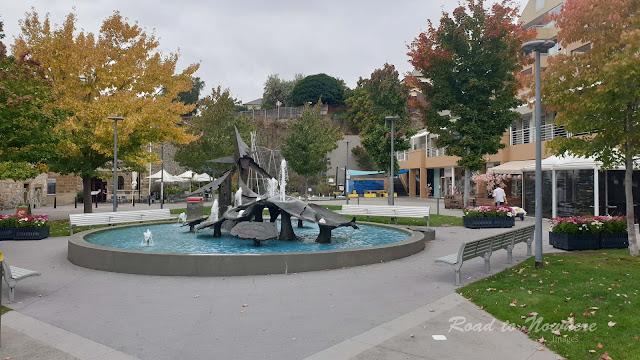 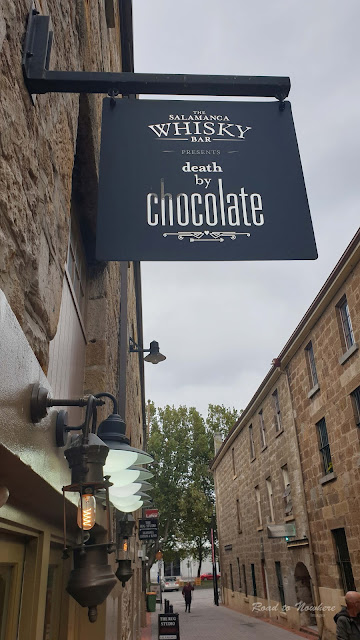 Not sure about death by chocolate, but death by whiskey bring it on....... 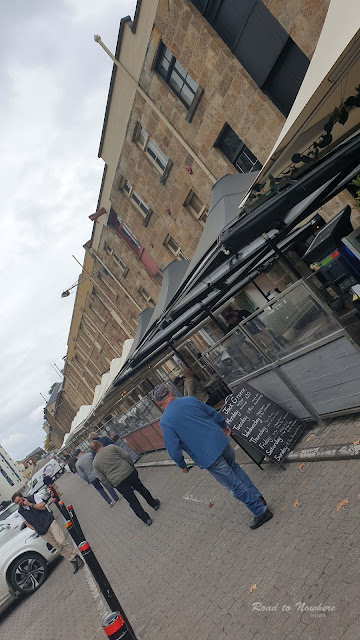 Eventually we made our way around to the Shipwright Arms Hotel. This is the first time flyboy and I had been here in 19 years. I was looking forward to a beer in here with Dave and the boys. Since the rain cut our riding short it's been quite a relaxing day off in Hobart today which has been a pleasant surprise really. It's a bit of a stop to smell the roses moment, where we aren't rushing here and there and I thoroughly enjoyed it. 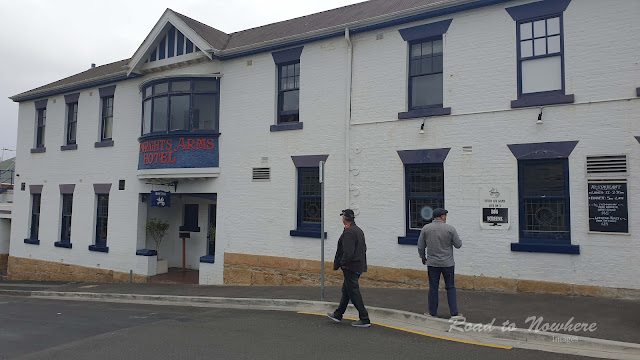 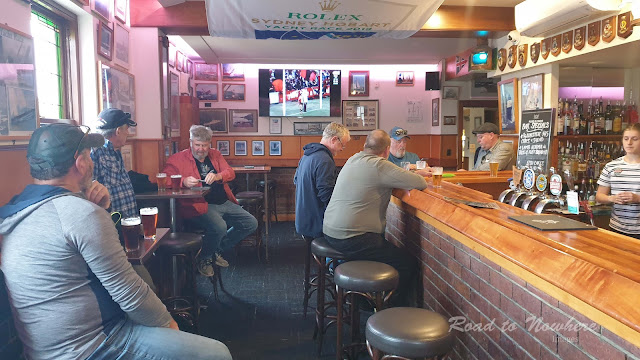 They were renovating out the back and extending the bistro area. Just after 5pm the local crowd started to turn up and the pub was very lively. I looked around and everyone was enjoying themselves. What a top little pub nestled in amongst all the houses. This must be similar to those little pubs you see on tv in england. 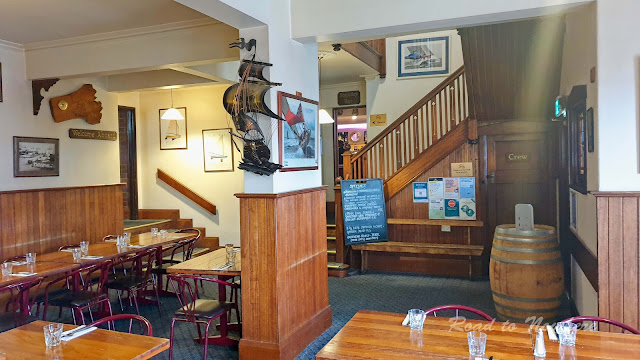 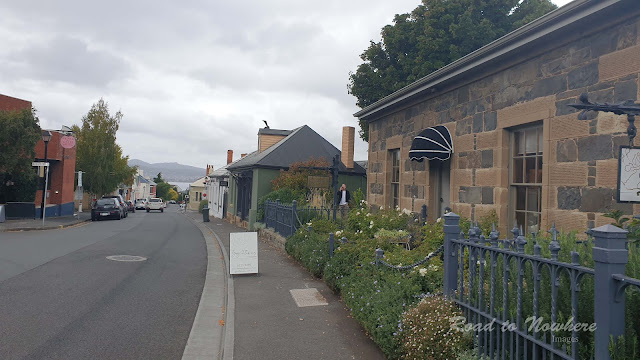 We had diner booked at Da Angelo Ristorante for tonight, which was only a couple of streets away from the pub within easy walking distance. Our waitress was fantastic and joined in with the fun we were having even giving Geoff some stick, Hilarious. The food was fantastic I highly recommend this place, the pastas looked wonderful, the pizza's were delicious and the red wine flowed as quickly as the Derwent.