This year we decided another Moto GP trip was in order, but Bushpig and his friend decided on camping in the highside camp ground. Not wanting to spend an excessive amount of money on the trip in accommodation camping was the cheap option. Well I did put it on my bucket list a while back so time to tick that one off my bucket list. My brother warned me once about never to camp on the island, but I had one advantage over the time he did it. I was driving down so carrying camping gear was going to be easy compared with carrying it on a bike and if it was raining and so windy that tents became airships then I could always sleep in the car.

As I only had Friday and Monday off work this was to be a whirlwind trip, the Island is 1004km or some 10 Hours 30 minutes from my place so I decided a head start on the Thursday night was called for so I made a beeline for Gundagai on thursday after work cutting 3.5 hrs off the Friday morning trip. This worked well as I arrived just after 12:15pm about 10 minutes after Bushpig had arrived. It was raining steadily from Goulburn to almost near Albury so I was kind of happy not to be sitting on the boring freeway getting soaked.

It is so boring driving on our national highway at a ridiculous 110km for 10 hrs, but that is a whole other post that I've done at length here.

We stopped to meet up at San Remo and pay homage to the road gods by having a beer at the San Remo hotel before stepping foot on hallowed ground.

First order of operations was to purchase tickets and get the tents set up before it rained as the weather was looking slight dodgy, closely followed by filling the esky with beer, it may not have all happened in that order but we got there. With tents set up it was time to hit the track to see some action. 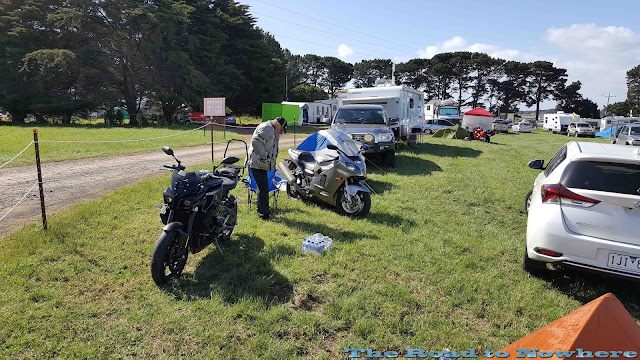 What followed on saturday and sunday was some of the best racing action I've seen since last moto gp. Here are some pictures taken on those two days. We wandered out into the Australian Superbike support paddock to have a look around. 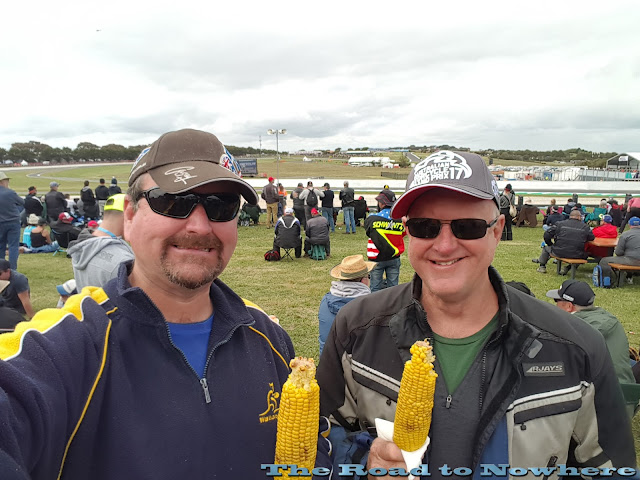 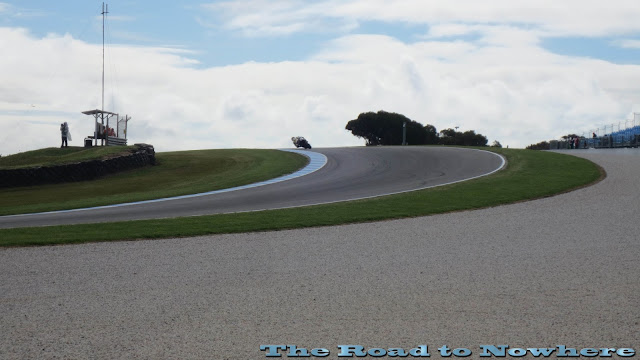 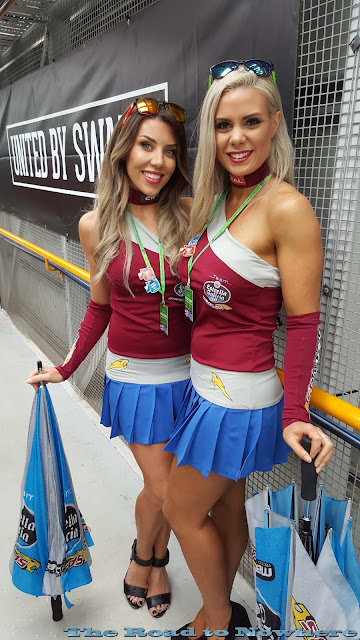 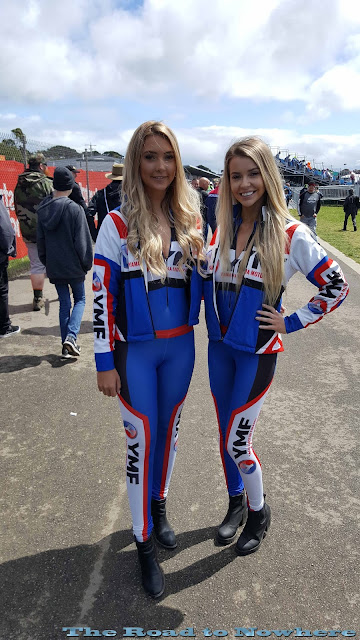 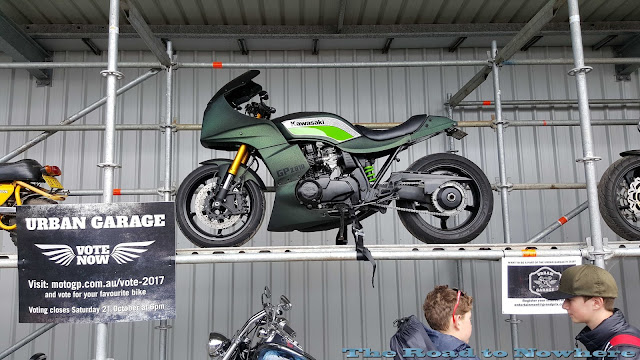 On sunday morning I briefly caught up with fellow blogger Jules from Tarsnakes. It was all too short as he had left his wife around the other side of the track minding their spot on the fence. It was good to hear he finally moved into their new house. 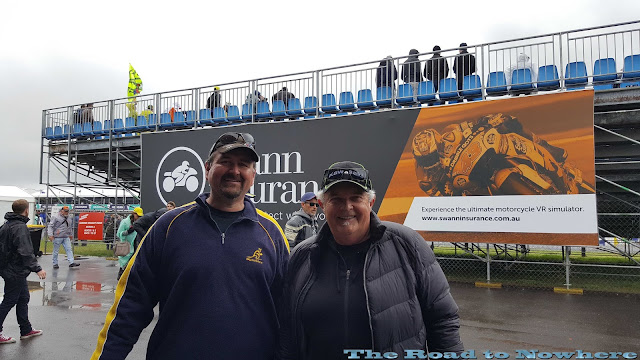 Finally motogp had relented and had an FA-18 fighter jet to entertain the crowd with some high speed passes. The noise of these things is incredible. Thank you Moto GP and the RAAF. An awesome display one of the real highlights of the day. 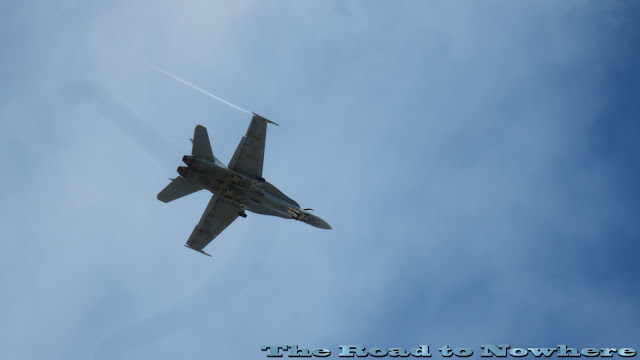 Sundays weather was as fickle as ever with it being typical 4 seasons in an hour. At one point we were getting sunburnt and it was raining on us at the same time. The moto3 race was ended by a passing heavy rain shower but by the time motogp came around the weather was fine. This didn't stop some fantastic racing with Marc Marquez all but wrapping up the title.

And it was all over way too fast. Another fantastic weekend of racing. Can't wait to do it again.
We packed up the tents and had breakfast in San Remo at the bakery. I spotted this cool cake in the display case. This is the beauty of Phillip Island, all of the locals love and support the event which creates a fantastic atmosphere. The long drive home on monday was something I wasn't looking forward to, it took 11 hours on the way home. I was pretty wrecked by the time I arrived. 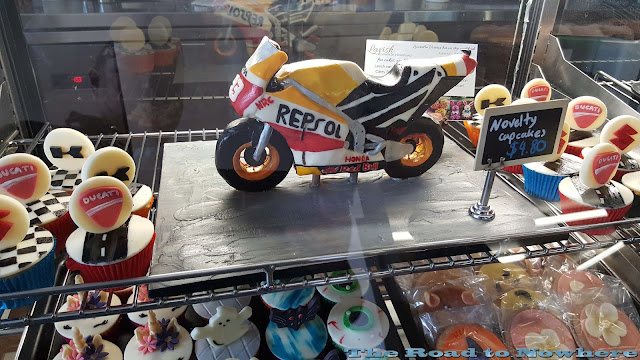