Today I got a little package in the mail. I was so excited as I knew what it was. The last piece of bling for my new R1 had arrived. 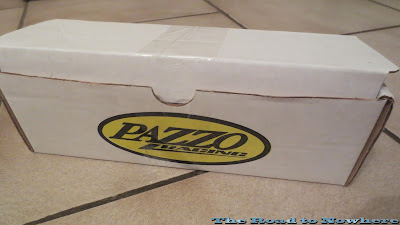 I ordered a set of Pazzo folding levers to replace the bog stock ugly ones that the bike comes with. I'll let you be the judge in quality between the originals and the new Pazzos. So it went from this......

I adjusted the levers to fit my hands so that I didn't have to reach up and over to pull the lever in. It amazes me how many people ride their bikes around without adjusting their levers. When you ride their bikes it feels horribly unnatural with that up and over reach to the brake lever. Uh so bad. I like to just reach my fingers out and down and squeeze the lever so much easier. 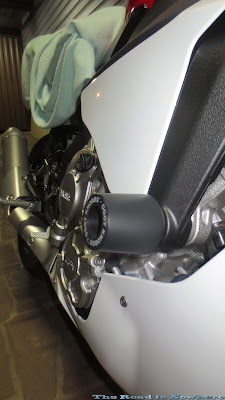 I thought I'd buy the Oggy knob kit when the bike was new, not like my old R1 when I bought them 4 months before retiring it, d'oh. It didn't take long to fit them only a matter of minutes, hopefully I'll never have to use them. I got the frame sliders and front and rear axle sliders so I have everything covered. 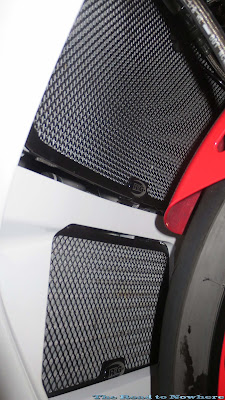 The radiator guards arrived not long after I got the bike so they were the next thing to go on. They are R&G brand guards. They took a hell of a lot long to fit than I thought they would but they look good and should stop the crap from flying into my radiator and destroying it. My old R1 radiator is just about stuffed due to stone chips in the core.Thats why I decided to get one straight away from day 1 really. Better to protect the radiator than have all the fins smashed in and have the bike run hot.


I junked the tail guard assembly even before I rode the bike out of the dealership. It was so hideously ugly it had to go so when I bought the bike I got a R&G tail tidy to clean up the rear end. It looks so much better now. Compare the original to the tail tidy and its much cleaner.


The next bit of bling was a solo seat for the tail of the bike. This is what Yamaha should have put on to start with rather than a pillion seat. Seriously who would sit up there on the back of that little R1 seat. Looks the goods now. 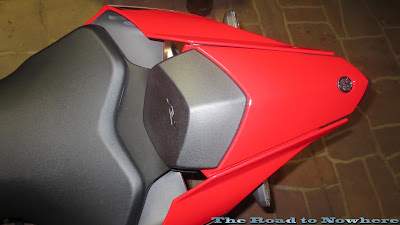 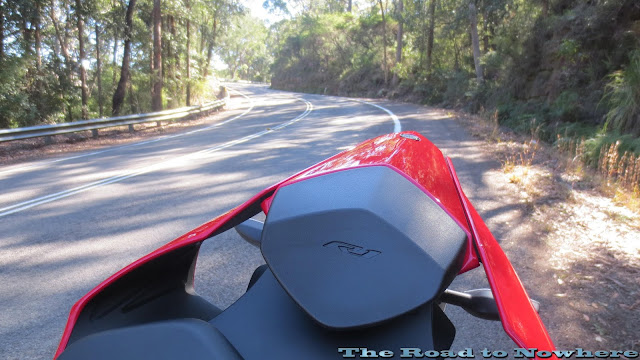 Now what else should I have on my shopping list for farkling this thing up. I've just about run out of funds for now, just need a tyre fund as these bridgestone melt just when you look in there general direction.

Whats left for this thing......an nice sounding exhaust is about the only thing left on the list at the moment.
Posted by Steve at Friday, September 04, 2015