For Scooterbobs next adventure I decided that I would take him down through the Royal National Park which is down south between Sydney and Wollongong. Forgive me for the photo heavy post. Riding down past Brighton Le Sands beach side strip I stopped for a quick photo of the beach. We have hundreds of beaches here in Australia much like this one, many of them are empty and have no one on them. Some of the ones I passed today are quite popular and have lots of people on them. 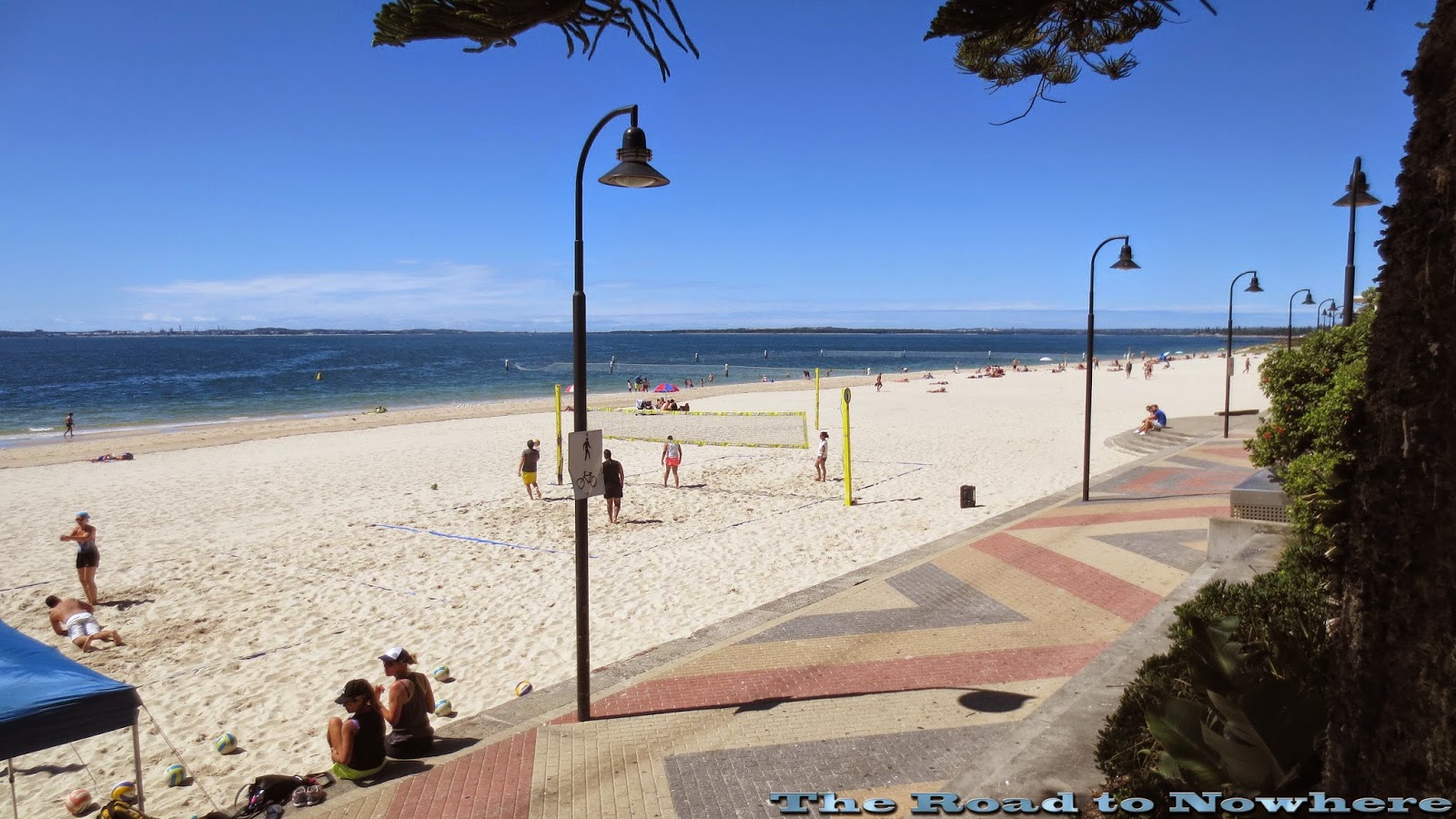 Turning off the princess hwy I entered the National park which is only an hours drive from the CBD of Sydney. The park which is known by Sydney bikers as simply the 'Nasho' is a 16,000 hectare world heritage listed park, the second oldest in the world. There were quite a few bikes coming and going through here today and it was a cracking day for it, you couldn't have asked for a better day. 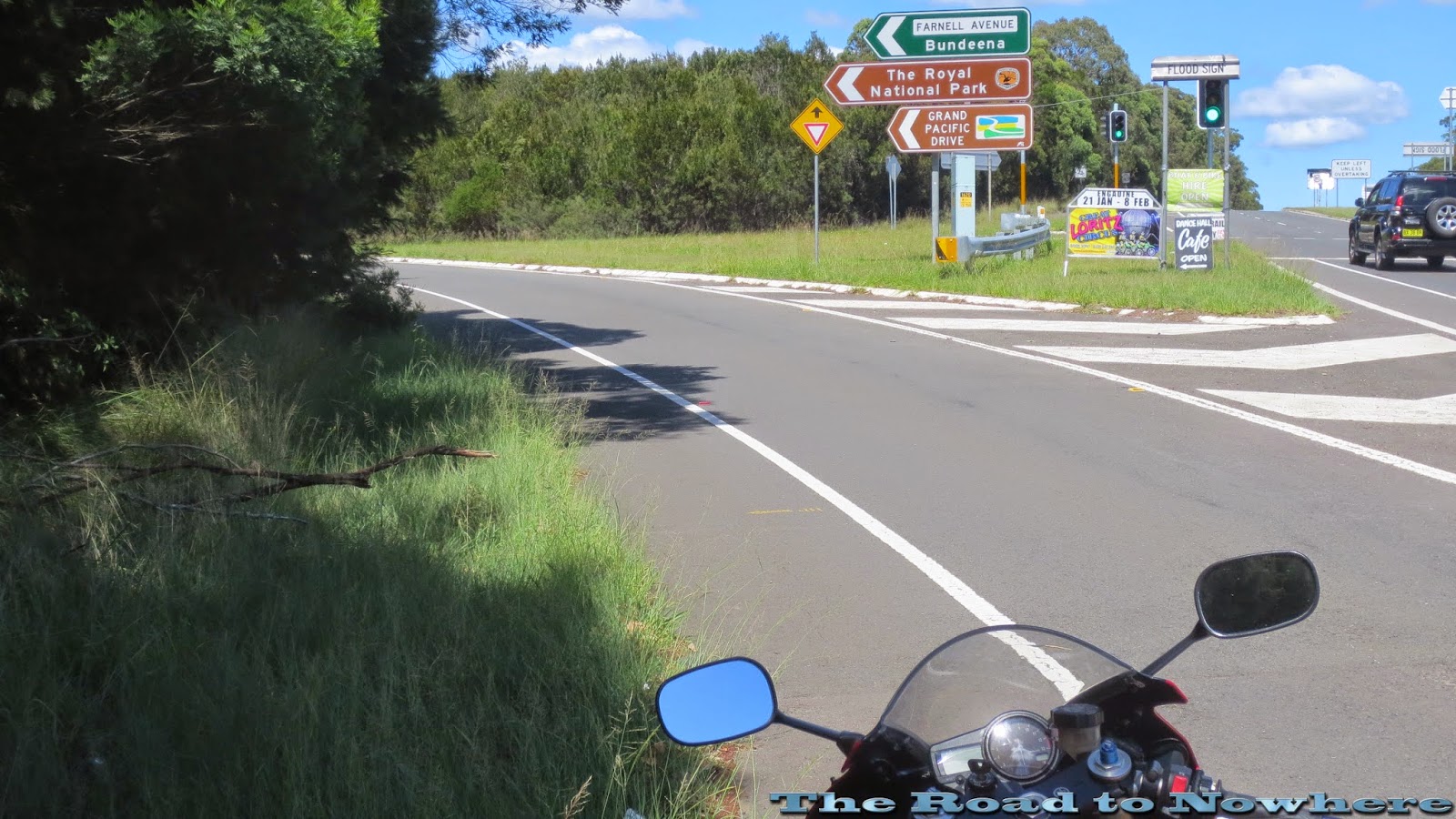 The road twists and turns it's way down into the park and descends across the Hacking river which was a perfect spot to show SB around. 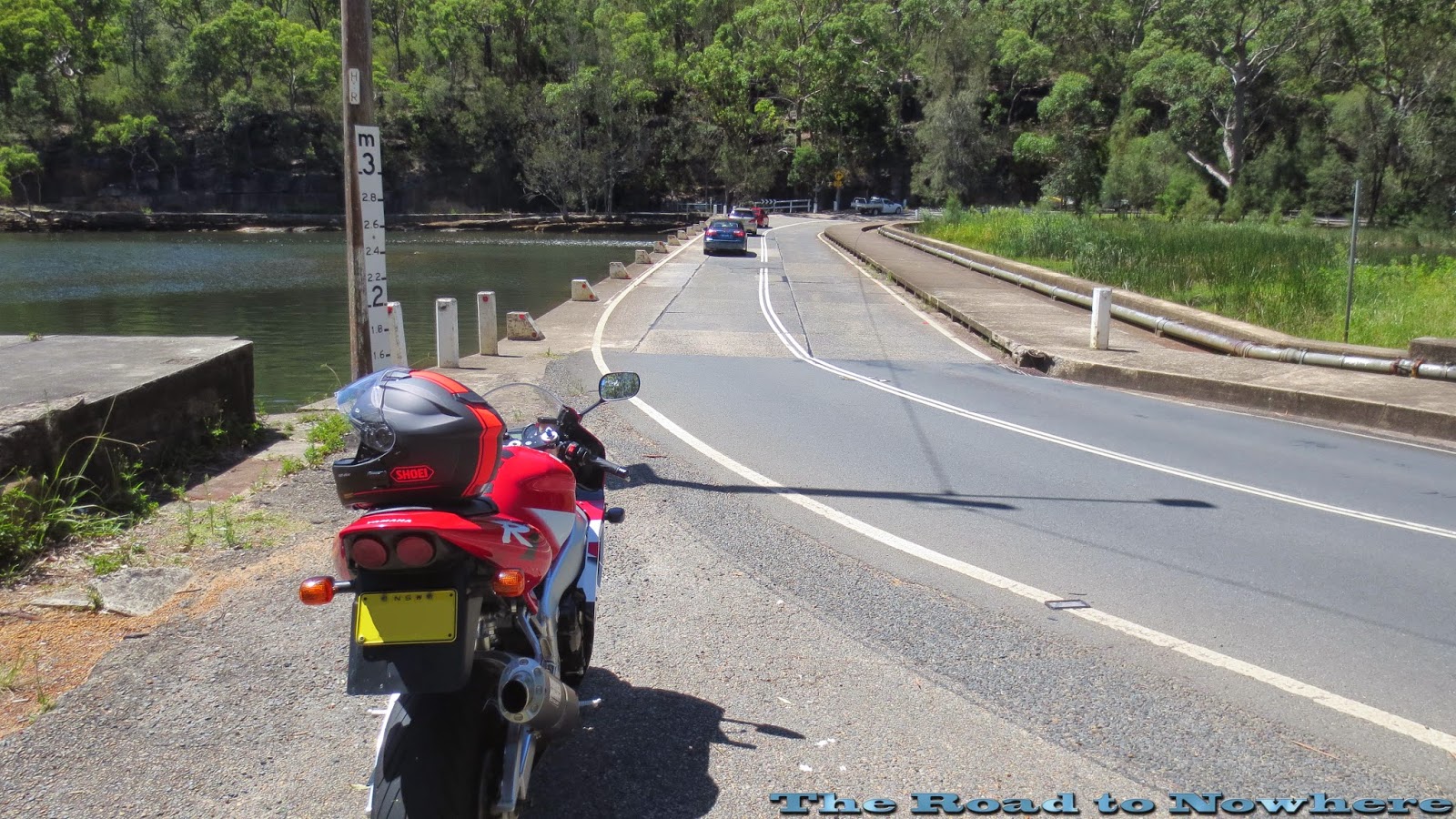 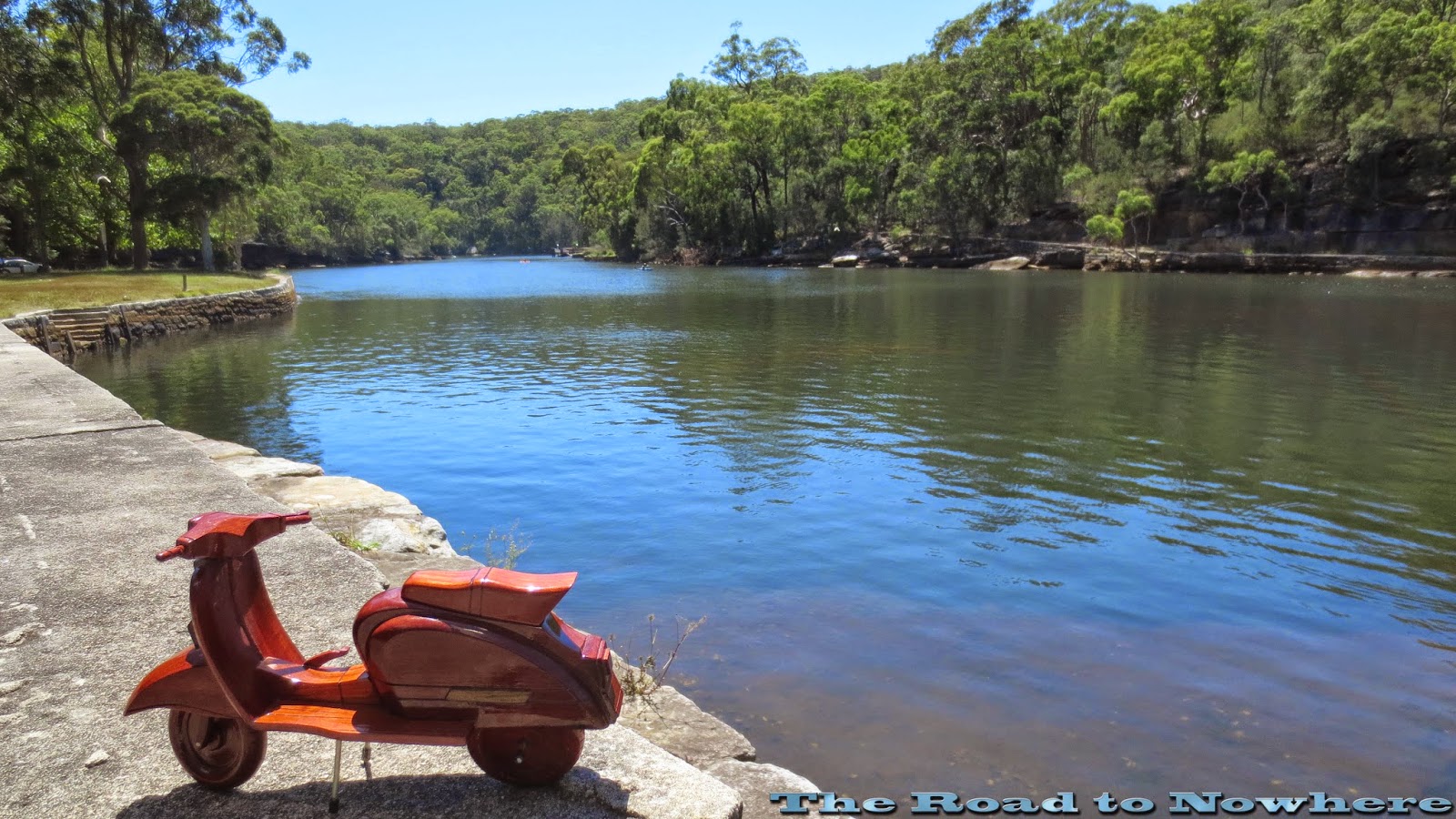 After our short stop at the river I continued further down towards Stanwell Tops which has a fantastic look out. But before you get to this point the road starts to get really twisty just after the waterfall turn off. There are plenty of smooth hot mixed bends along here. And to Geoff James who asked if I talked to SB, yes I did find myself talking to scooterbob. When I hit the twisties I said "Yey Ha Scooterbob, were riding the twisties" 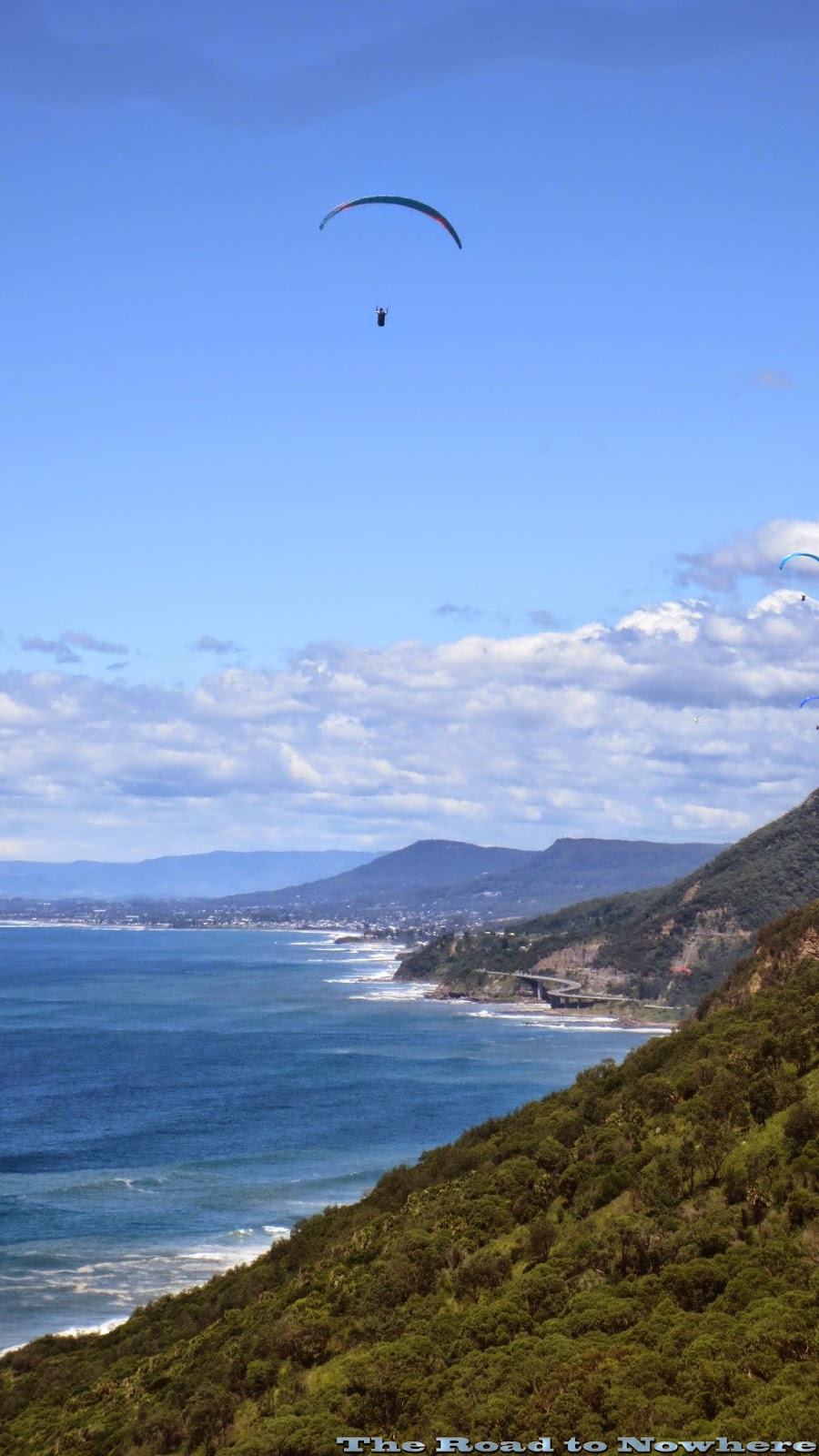 It was almost lunch time by the time I pulled up in the car park at Stanwell tops, SB suggested we grab some lunch and an ice cool drink as it was hot out today so we sat on the benches watching the para gliders whilst having a toasted sandwich and coffee. There were quite a few bikes and cars up here today all soaking up the atmosphere. 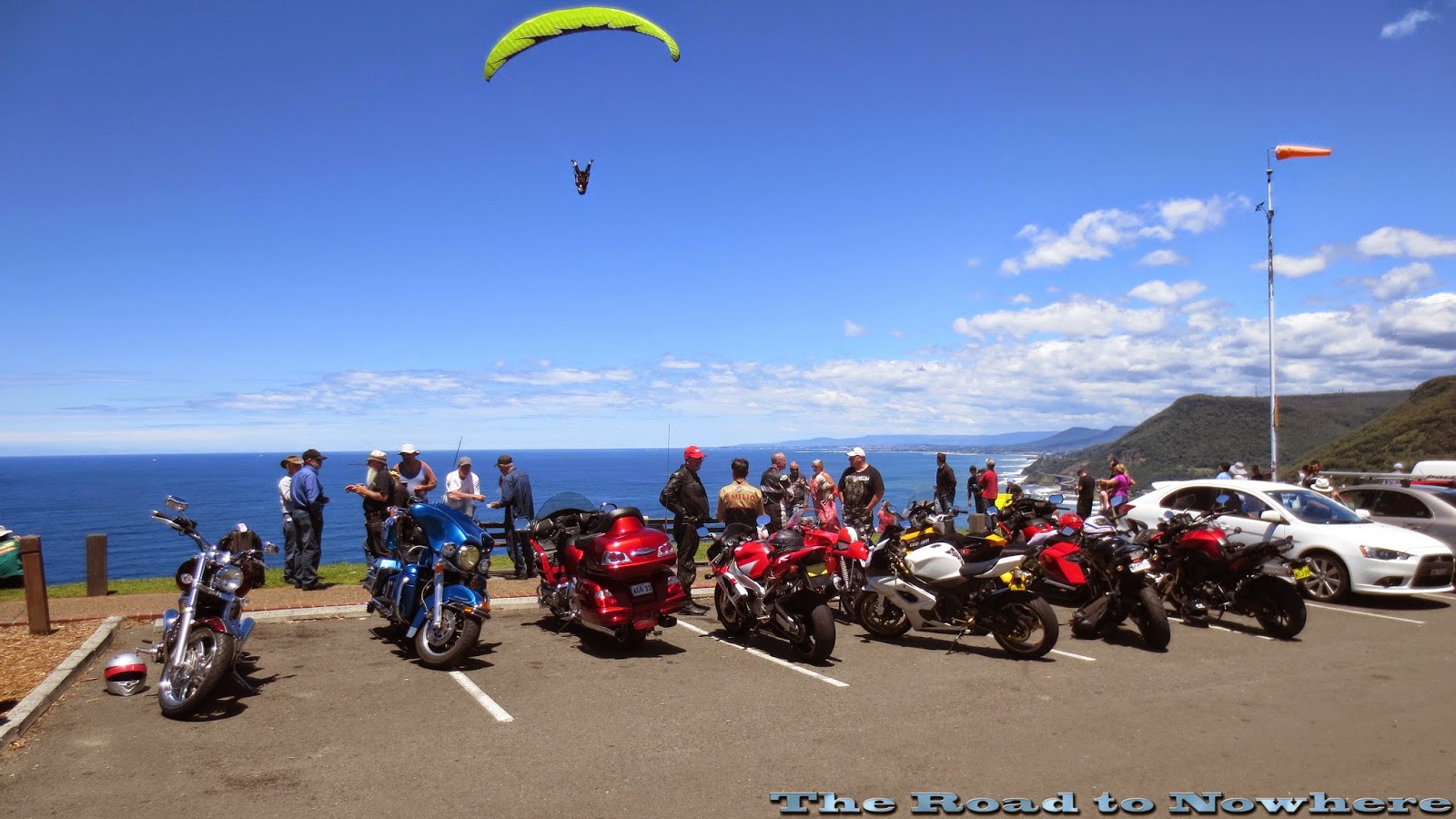 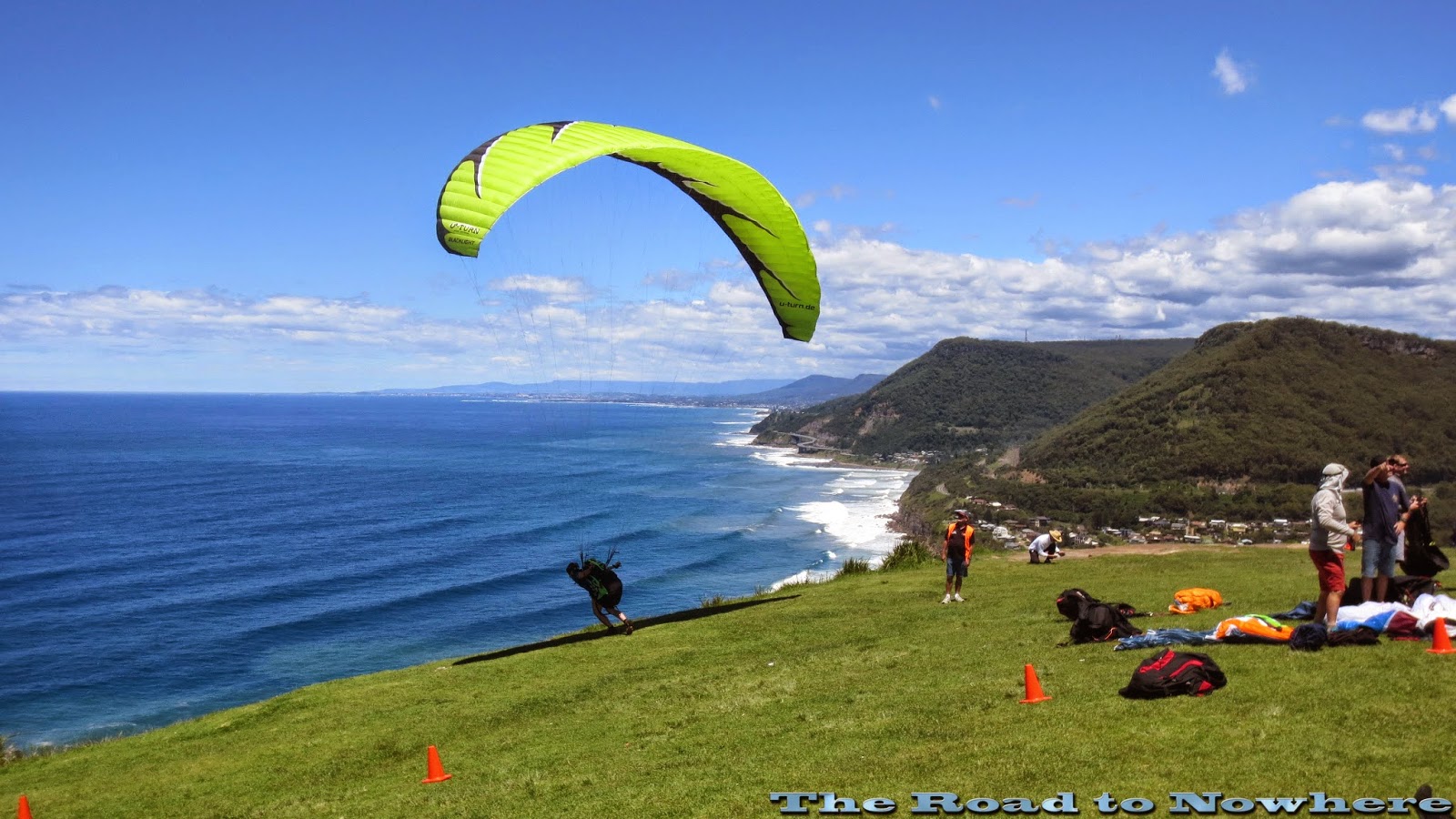 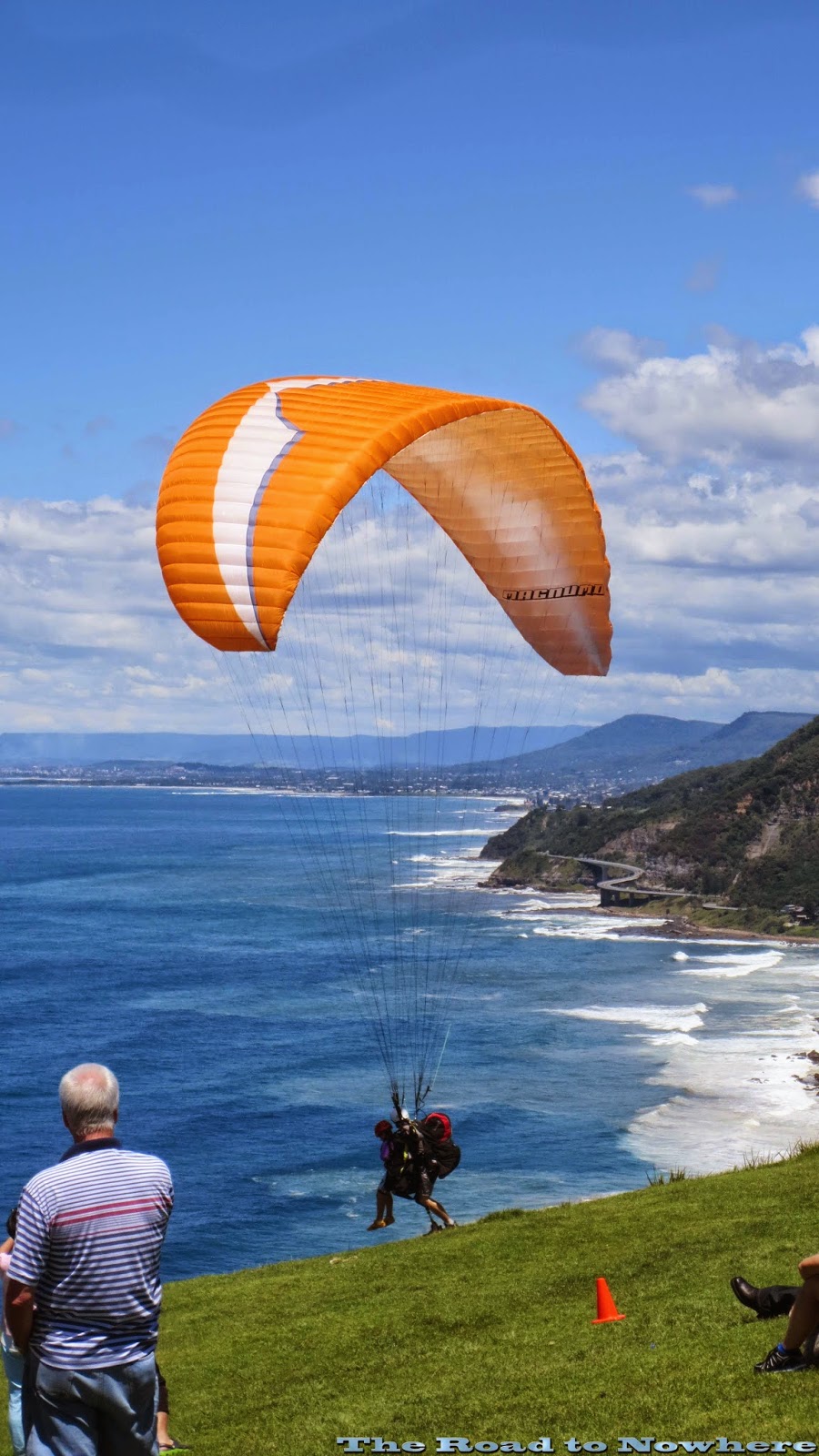 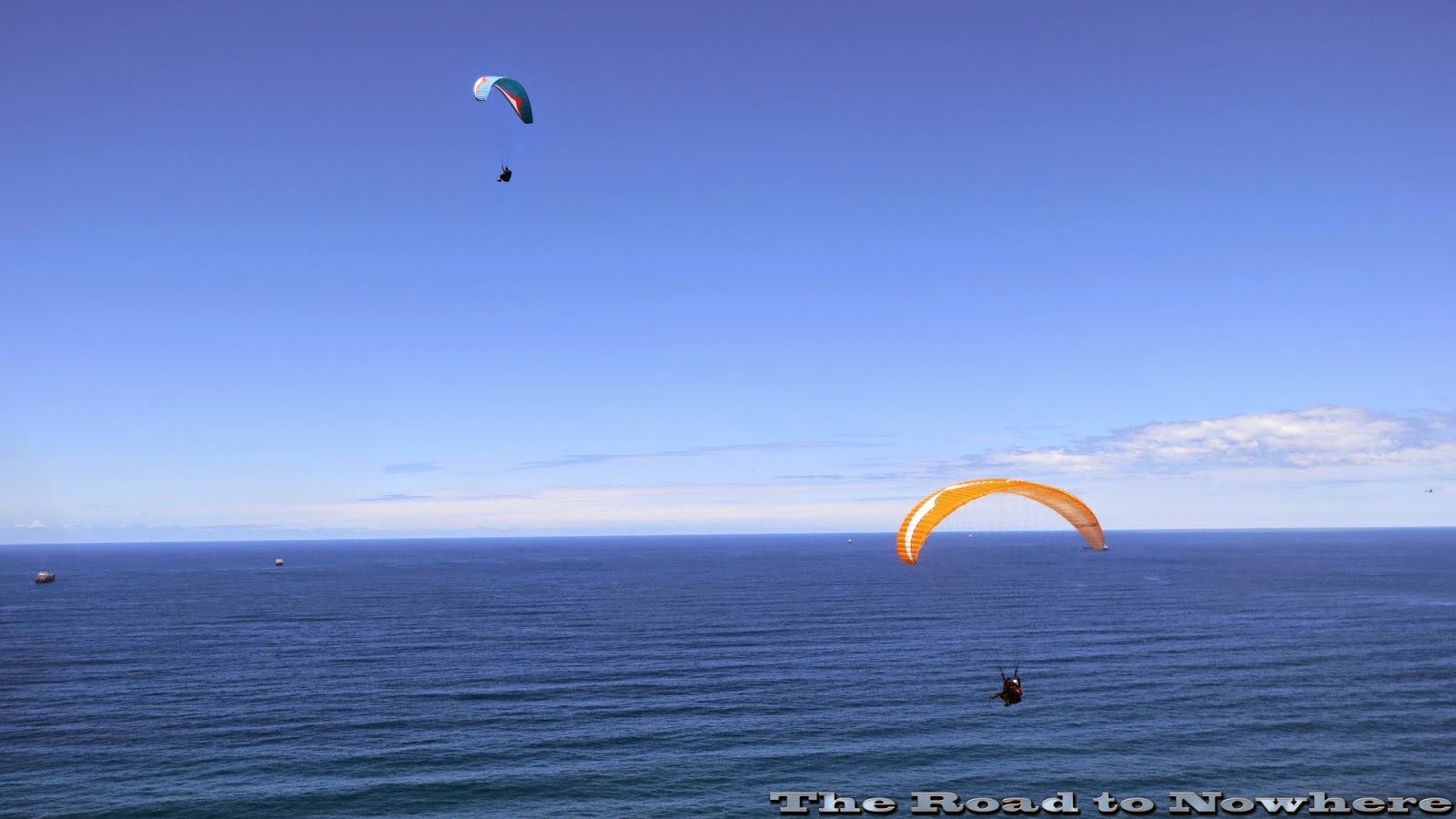 We spent about an hour here watching the world go by, para gliders, bikes, cars and all manner of people from all walks of life. SB came out to take in the views too. It's amazing how many people actually talk to you about this little fellow and when they do they are completely amazed by his story. I even had some Japanese tourists taking photo's of SB below on the post. They though he was amazing.

It was time to keep moving and I took the grand pacific drive down to coalcliffe and across the seacliffe bridge. This is a spectacular route down by the sea side with magnificent views especially on a day like today. The bridge has been built out over the ocean due the too many rock falls on the old road that used to hug the cliff faces. 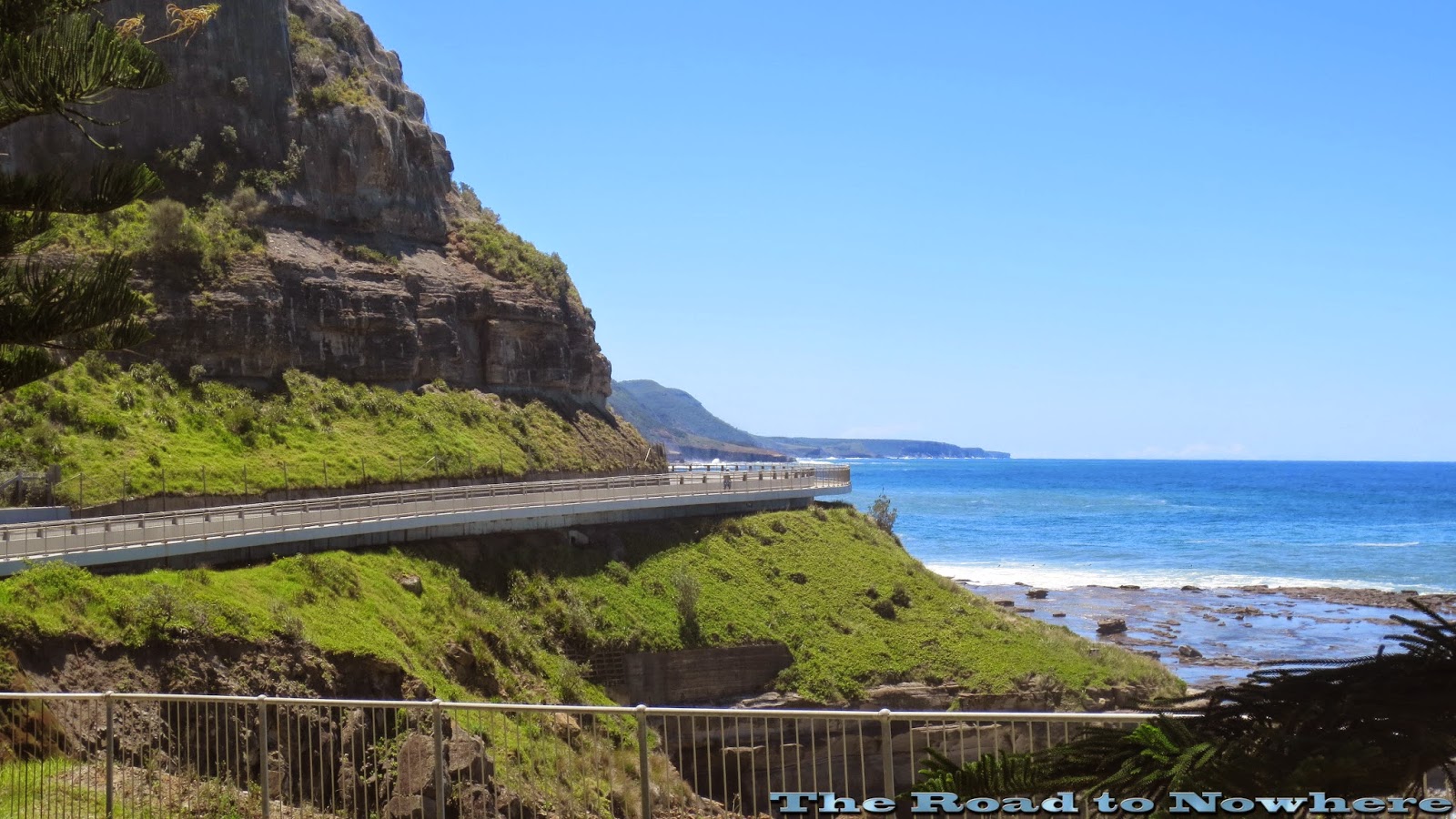 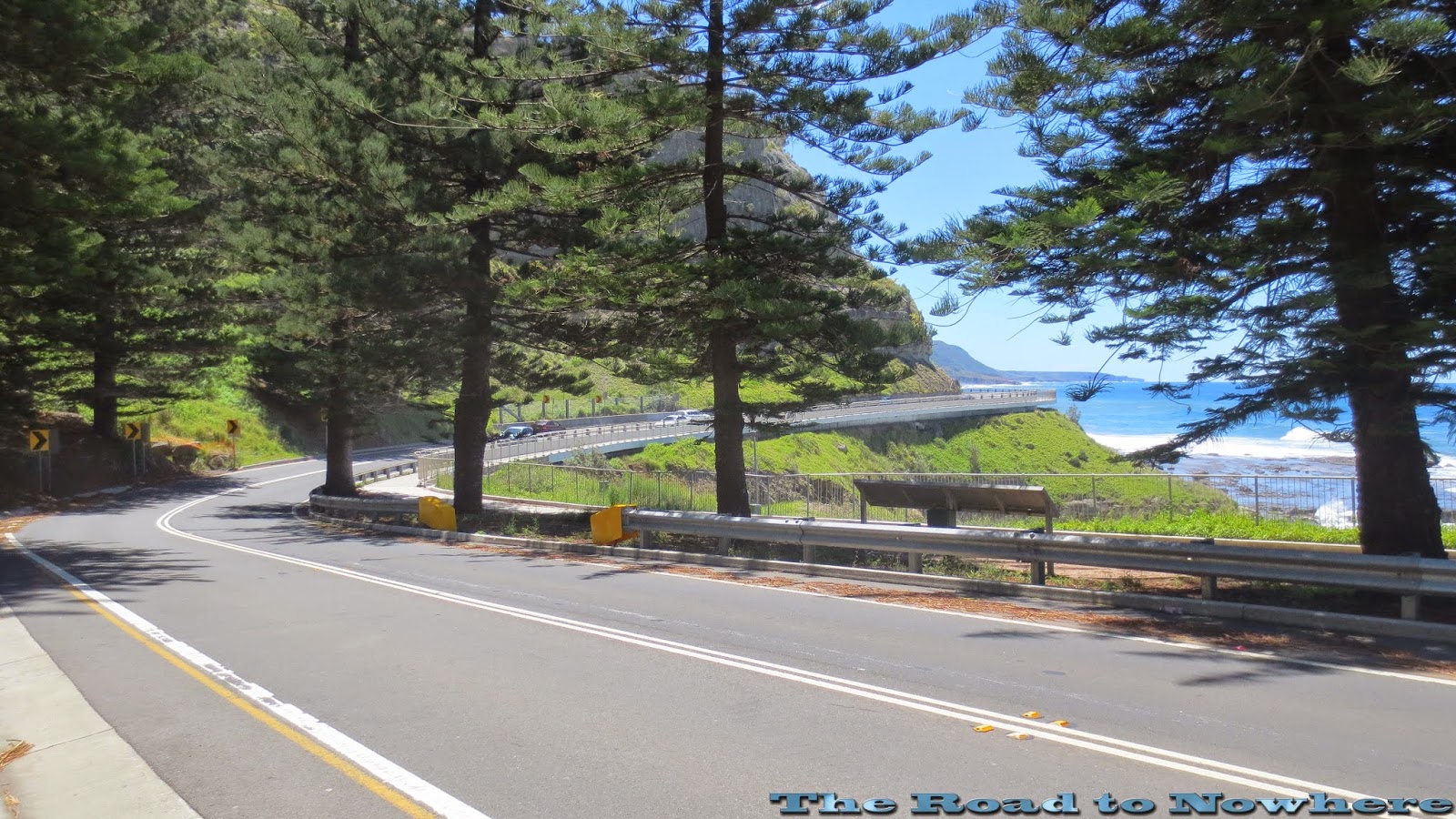 We continued down past the seacliffe bridge and followed the road as it hugged the cliffs with fantastic views of the ocean. We passed by many little beaches along the way including some good ones like Thirroul beach. 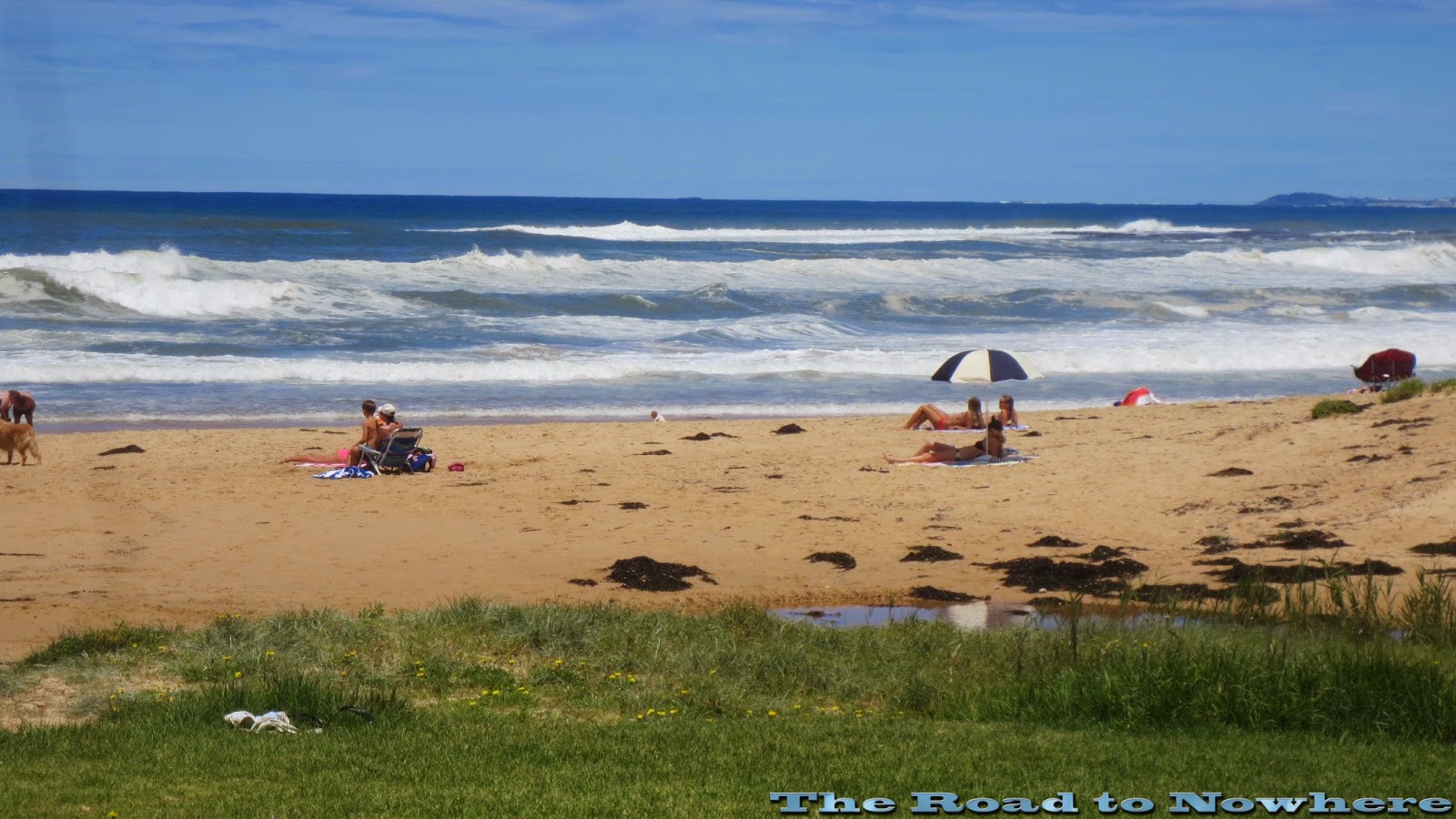 SB wanted to stop in at the beach and check out the surf which was quite big today as we had a large easterly swell, and he wanted to check out some of the local wildlife. 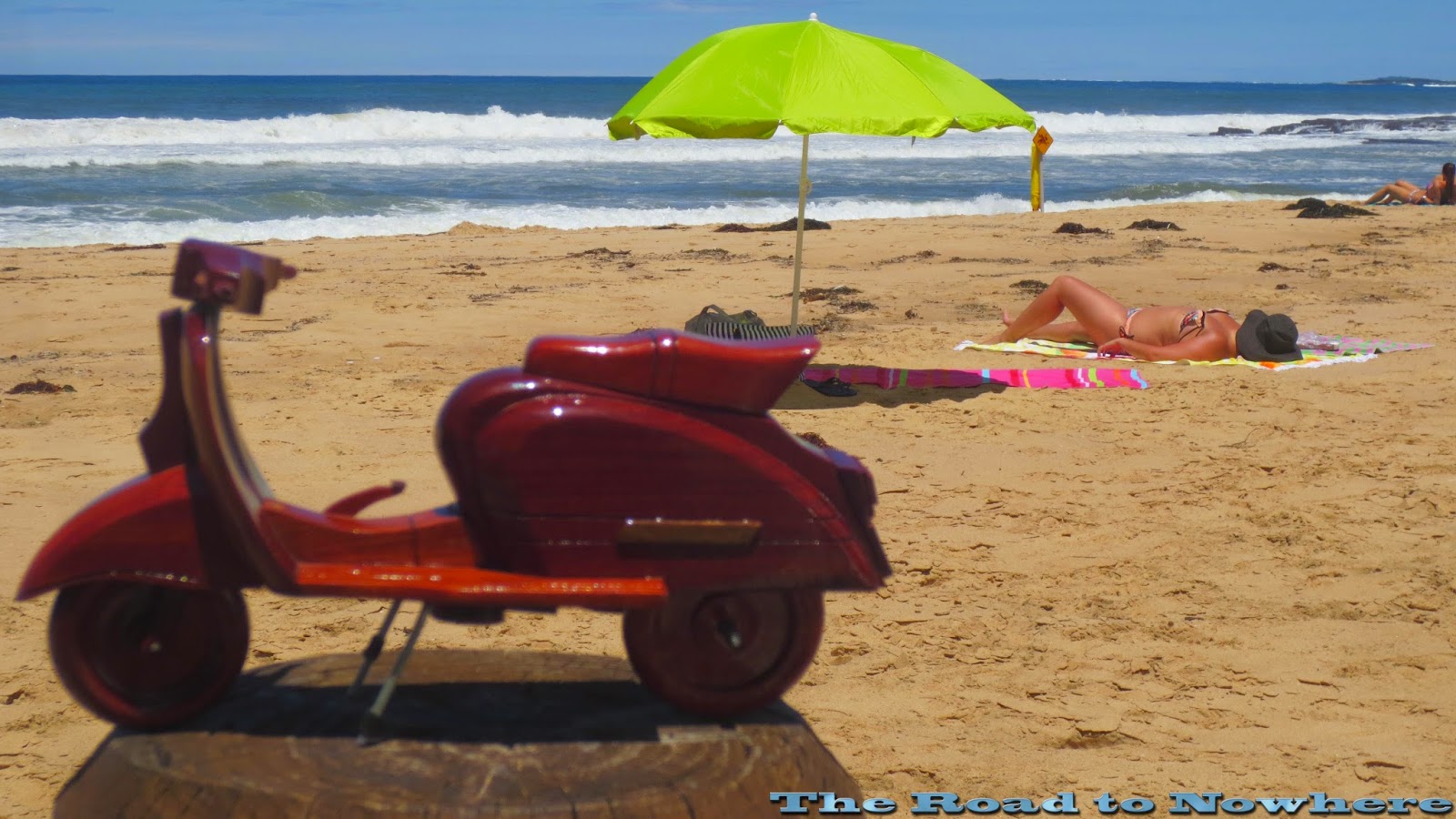 After visiting the beaches we headed back up inland from the sea. Wollongong is surrounded by steep mountain faces called the illawarra escarpment. The road winds its way up from the sea to the top of Mt Kiera 464m(1522ft) which we ended up at the Mt Kiera look out. It has some superb views right over the top of Wollongong and out into the Pacific ocean(Tasman Sea). 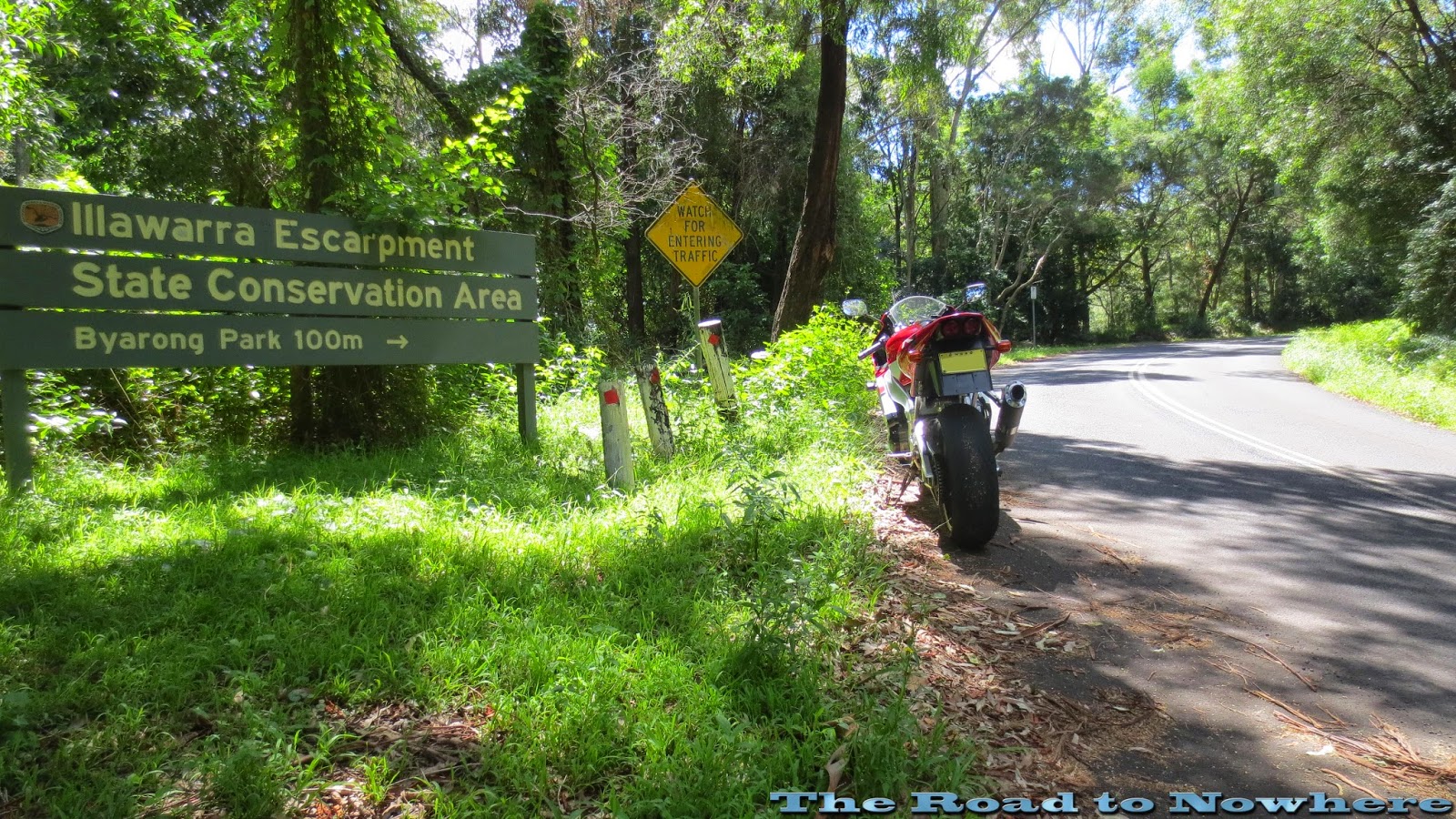 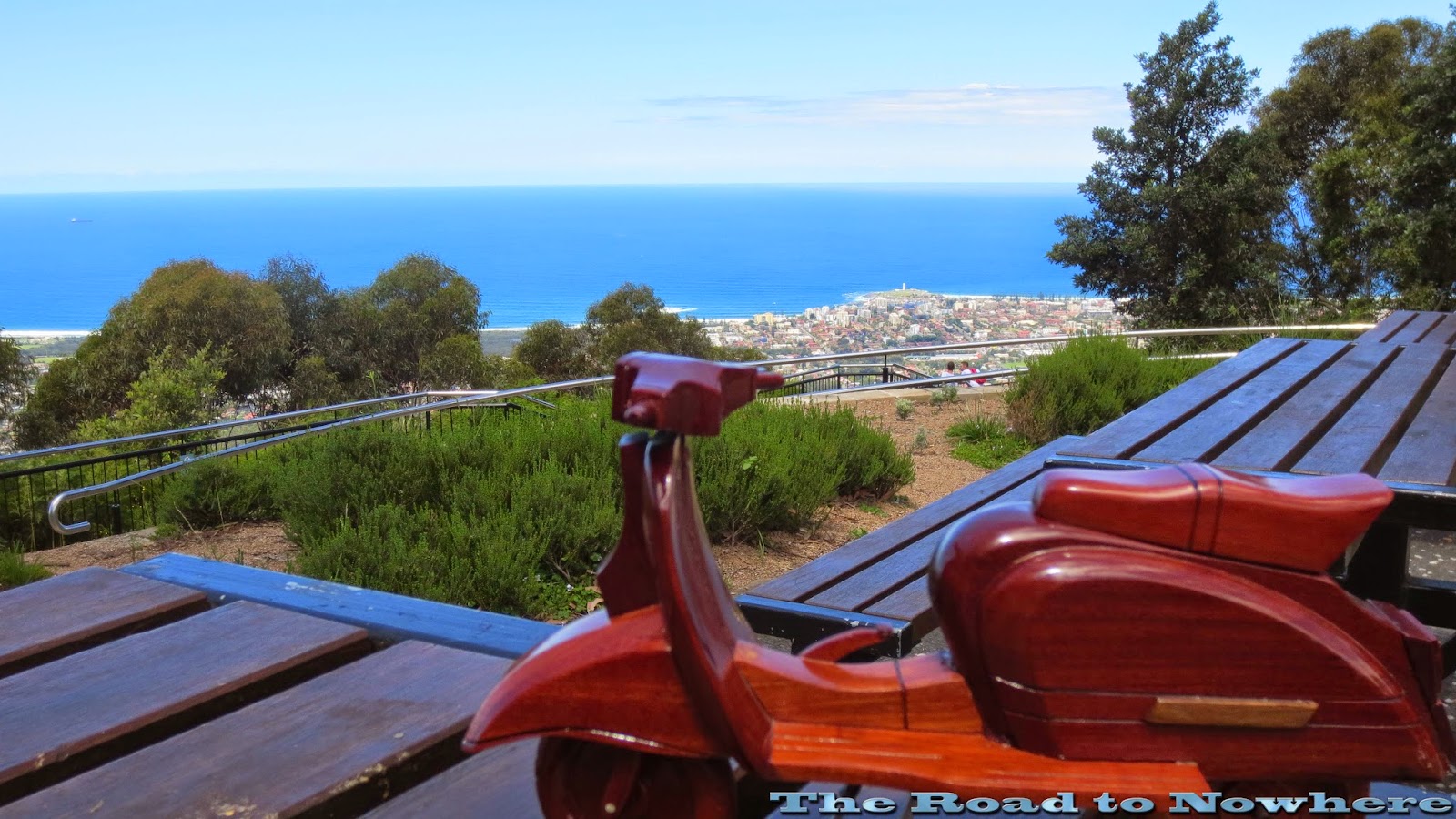 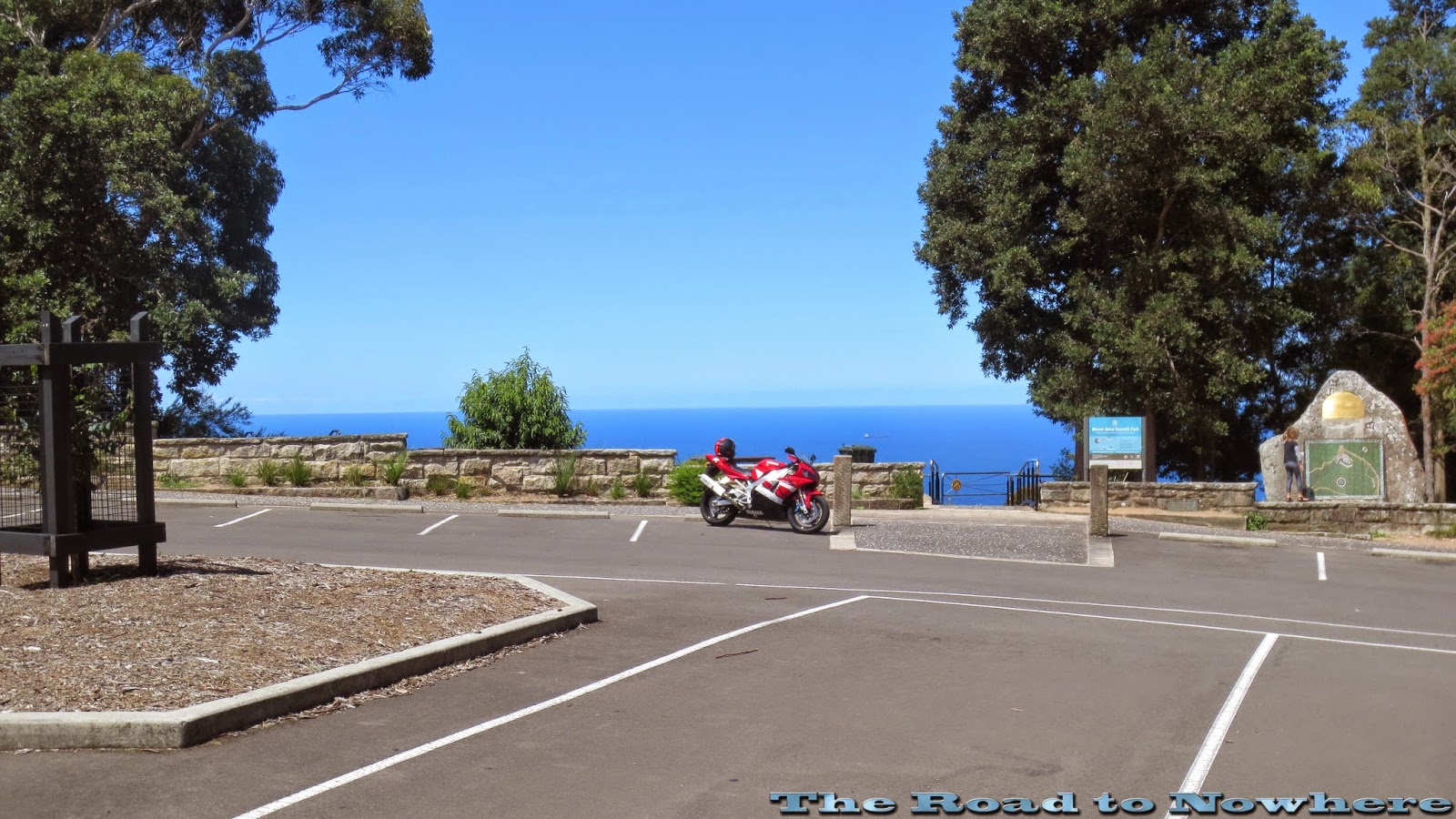 Another superb day out riding with scooterbob despite the heat, I know I keep saying this, I guess you guys in the northern hemisphere would love to have our weather right about now, especially seeing as most of you have been covered in snow and freezing temps. It's been hot here 30°C+(86°F+).

Stay tuned for more adventures of the AMAZING Scooterbob!!!!!