My good friend Bushpig joined in on scooterbobs adventure on Sundays ride. He was itching for a ride out and we decided to head up to some of our favourite roads and some roads that we haven't visited for a long time. I had the idea that for today's ride we would ride up through the Old Pacific Hwy on the northern outskirts of Sydney which is a notorious motorcycling road, and then after that continue on into the little hamlet of Wollombi for lunch at the pub then followed up by crossing the lower hunter valley and back down the Putty Rd(aka the putty motogp track - another favourite ride of mine with lots of twisties).

As we headed out through Castlehill we encounter fairly heavy traffic early on a sunday morning. Must be all the mums and dads going to church. Where else can all this traffic be going so early on a sunday? We were going to go up through Galston gorge but changed that idea at the last minute and headed up further north through to Berowra waters and across the ferry crossing. We just arrived as the ferry left for the other side. Plenty of time to show SB the sites. SB wanted to sit perched up high and look around the bay. He also decided he wanted a ride on Bushpigs trumpy. 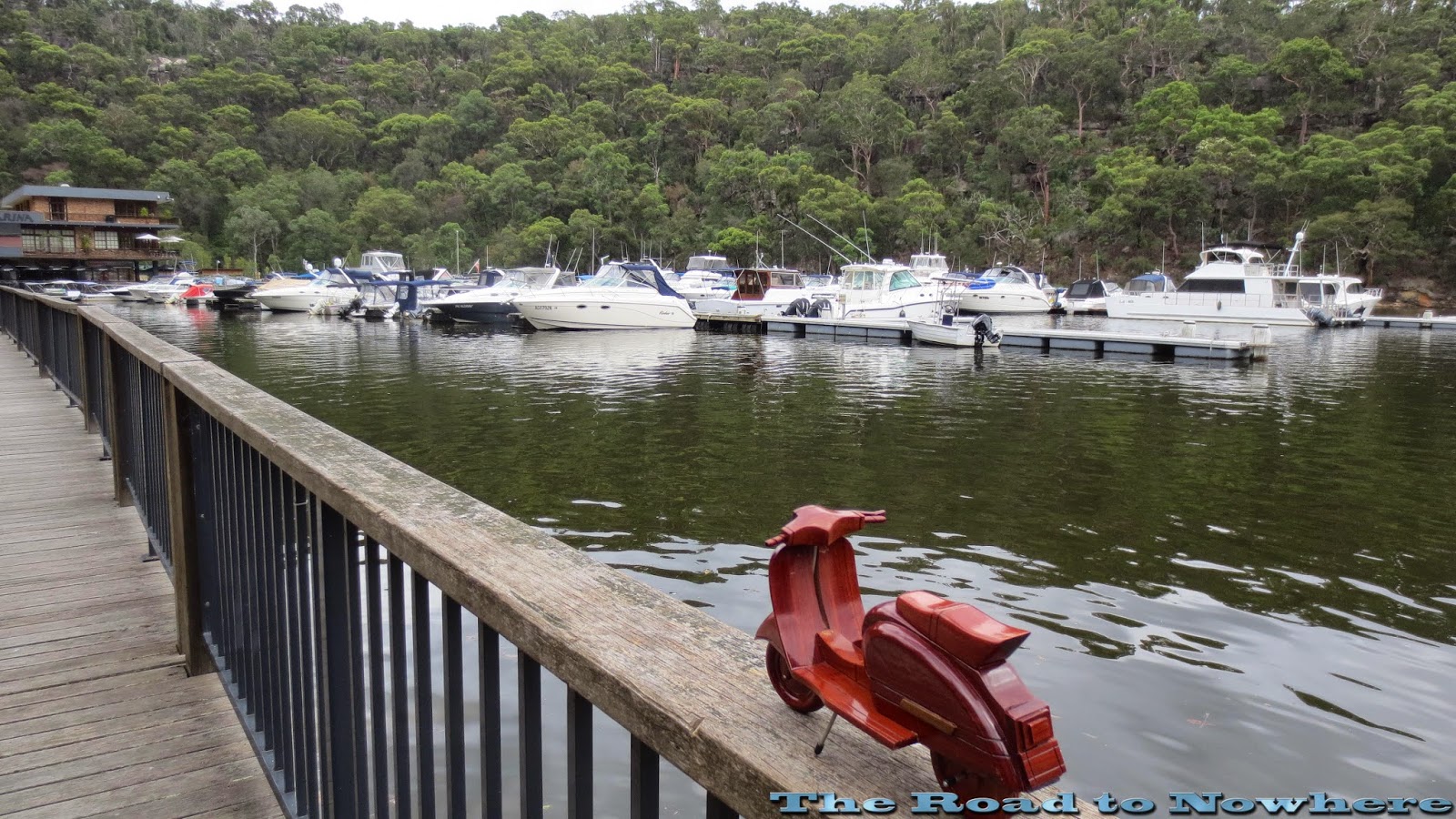 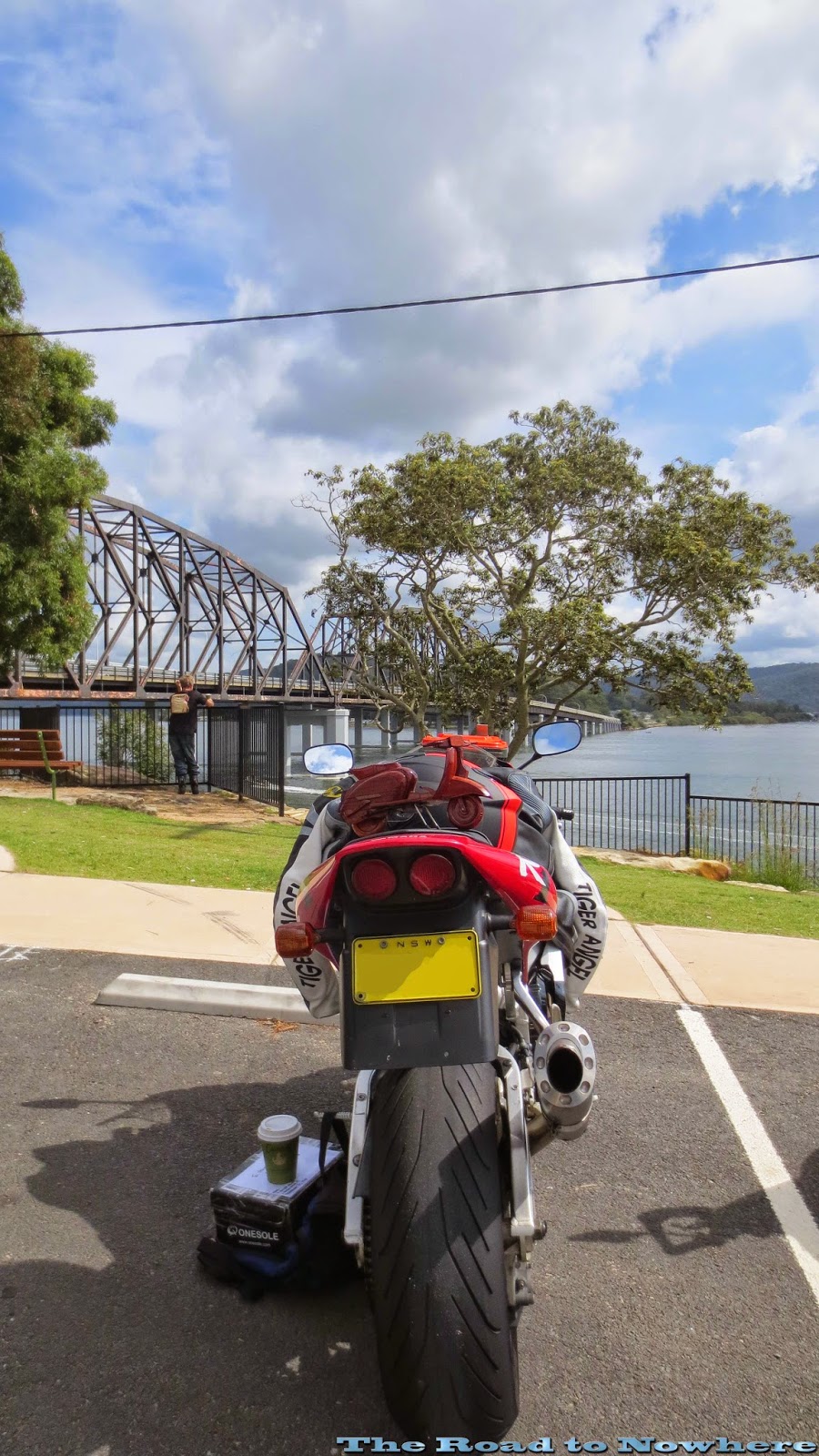 Crossing the ferry and heading up towards the old road now, I was feeling like a nice coffee. There is a new cafe that has opened up and I thought we would try it out as they also had some great views of the river. They weren't busy as we pulled up near the Hawksbury river bridge. We ordered two cappuccinos and then sat down to take in the views. 20 minutes went by and still no coffees. We went back and ours was next. Well the coffee was ok, but I'm sorry but over 20 minutes for 2 coffee's when your not really busy is unacceptable to me. I won't be coming back here again. Such poor shit service.

Whilst we enjoyed our coffee's SB checked out the views of the River and watched a myriad of motorcycles passing by on the bridge.

After downing our coffee's we rode up the twisty bit of the Old Pacific Hwy past the road warriors cafe, no we didn't stop in today but there was a lot of bikes in there. We turned off onto Peats Ridge road and headed out into the lower hunter valley.

The road along here is very scenic all the way along, but can be pretty rough in patches but there is also small amounts of new road so its a bit of a mixed bag. Beautiful green countryside, creek crossings and lemming corner. It was named Lemming corner by Cessnock city council in 2004 because there were 31 motorcycle crashes on it. It was along here SB told me he wanted to go a bit faster, I said "No scooterbob we are doing the speed limit", then he said "come on I'm just a slow little scooter you know". Not wanting to disappoint him, scooterbob un-officially became the fastest wooden scooter in Australia by joining the +200 club, and no we weren't practicing to become lemmings. 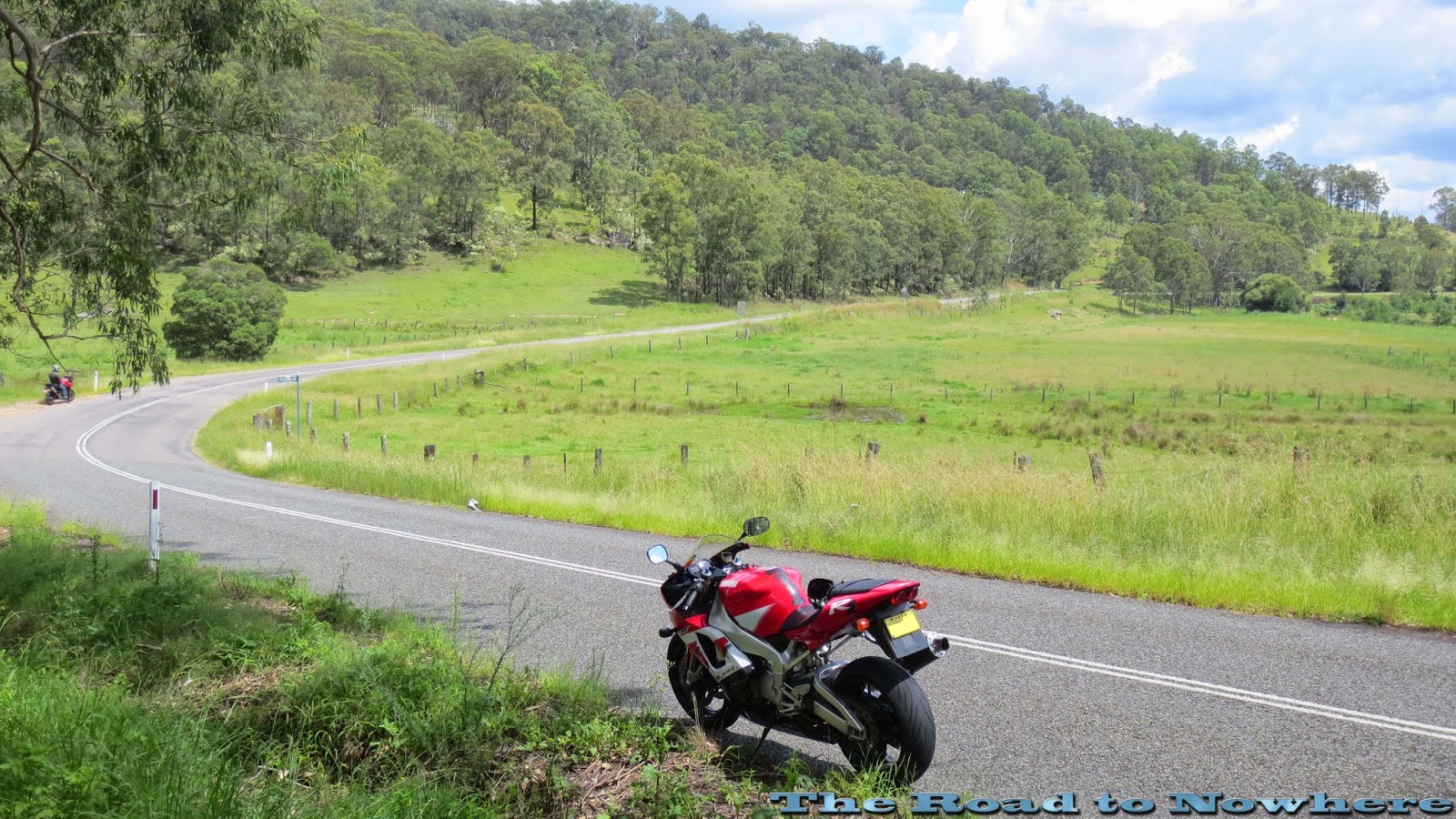 We stopped in at the Wollombi tavern for lunch. Both of us hadn't been up here for lunch in a few years. We both ordered a steak sandwich and chips. What came out was probably the worst pub meal I've ever had. For the princely sum of $13 you got yourself 2 pieces of toasted bread with a small piece of steak slapped between, no lettuce, no tomato, no beetroot and with a hand full of over cooked chips. I should have taken a photo to show you how bad it really was. And we were only an hour out of Sydney. Bushpig got us a mid strength beer to wash it down with also over priced at more than $6 per beer. Another place with poor/expensive service. That's 2 from 2 today and another place we won't be back again. Beer was nice though. 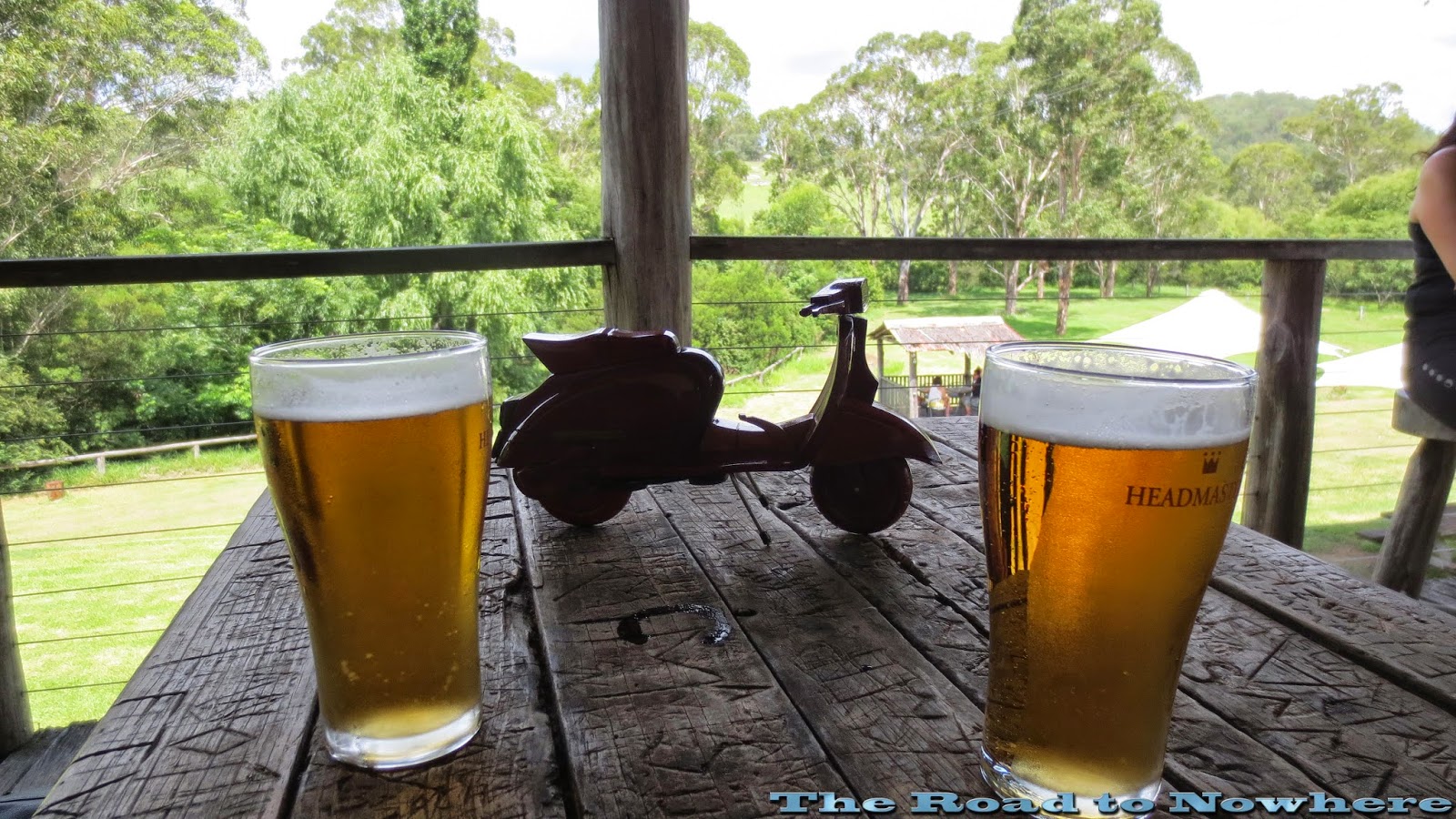 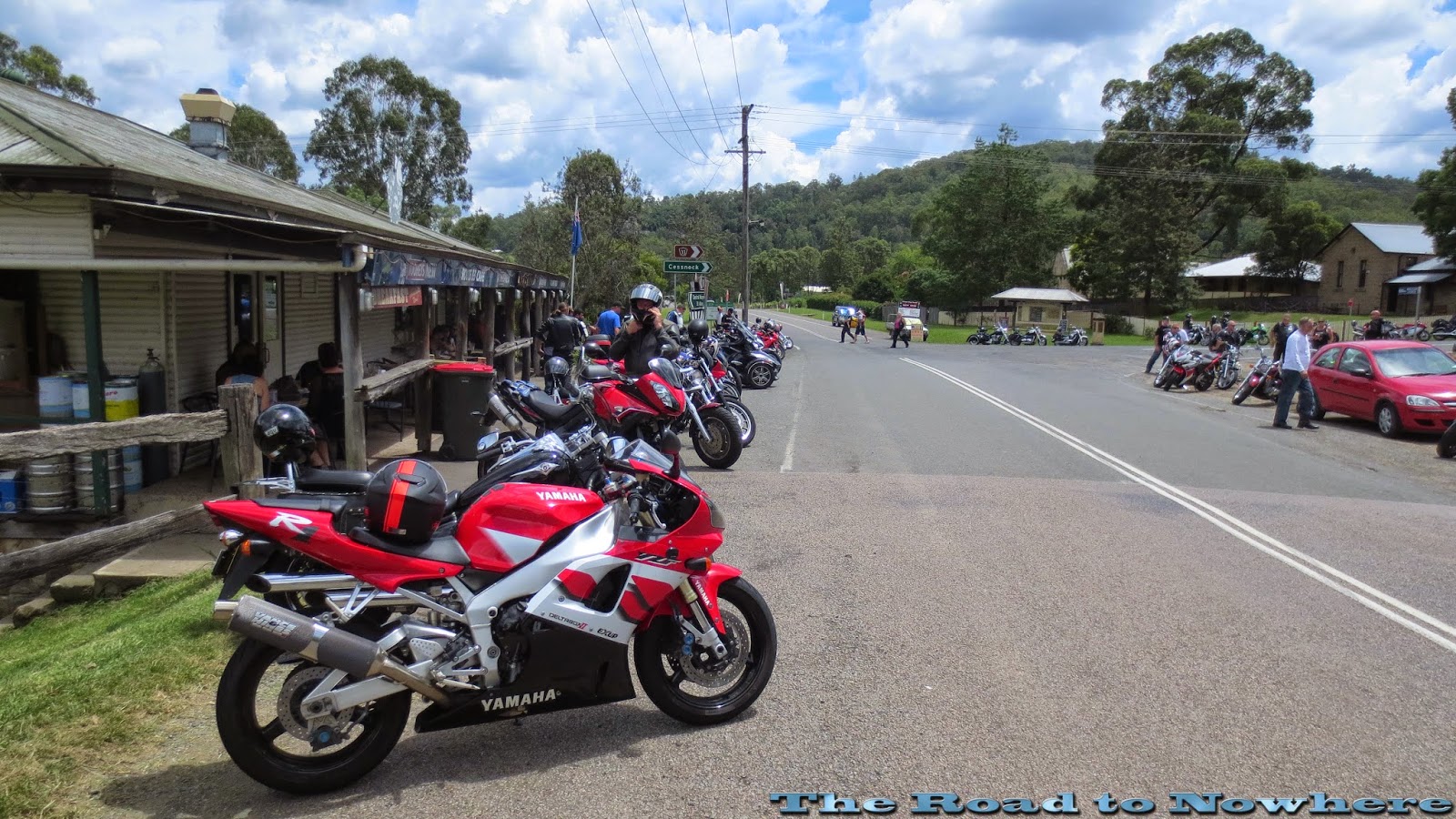 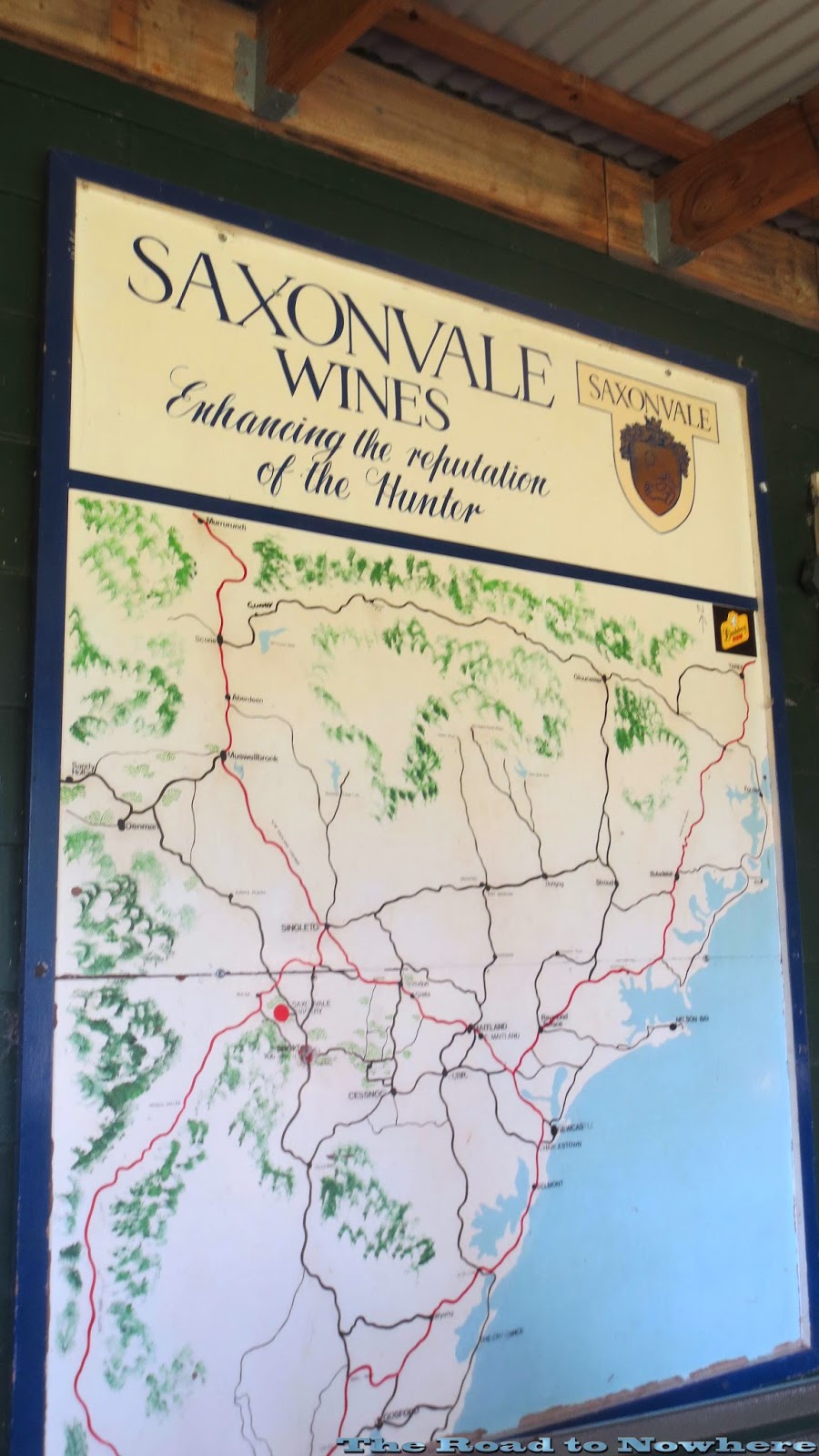 After our very ordinary lunch we packed scooterbob away for the trip up through the lower hunter and across to the top end of the Putty road. This area is a very large wine growing region of New South Wales and attracts thousands of visitors every year. You can stop at many different cellar doors here and there is even a couple of brewery's at Pokolbin.

No time for that today as SB was itching to get stuck into the 10 mile of canyons at the top end of the putty road. Yeah he really enjoyed that, I think he's getting a taste for riding the twisties. I think he's going to enjoy the coromandel peninsula. 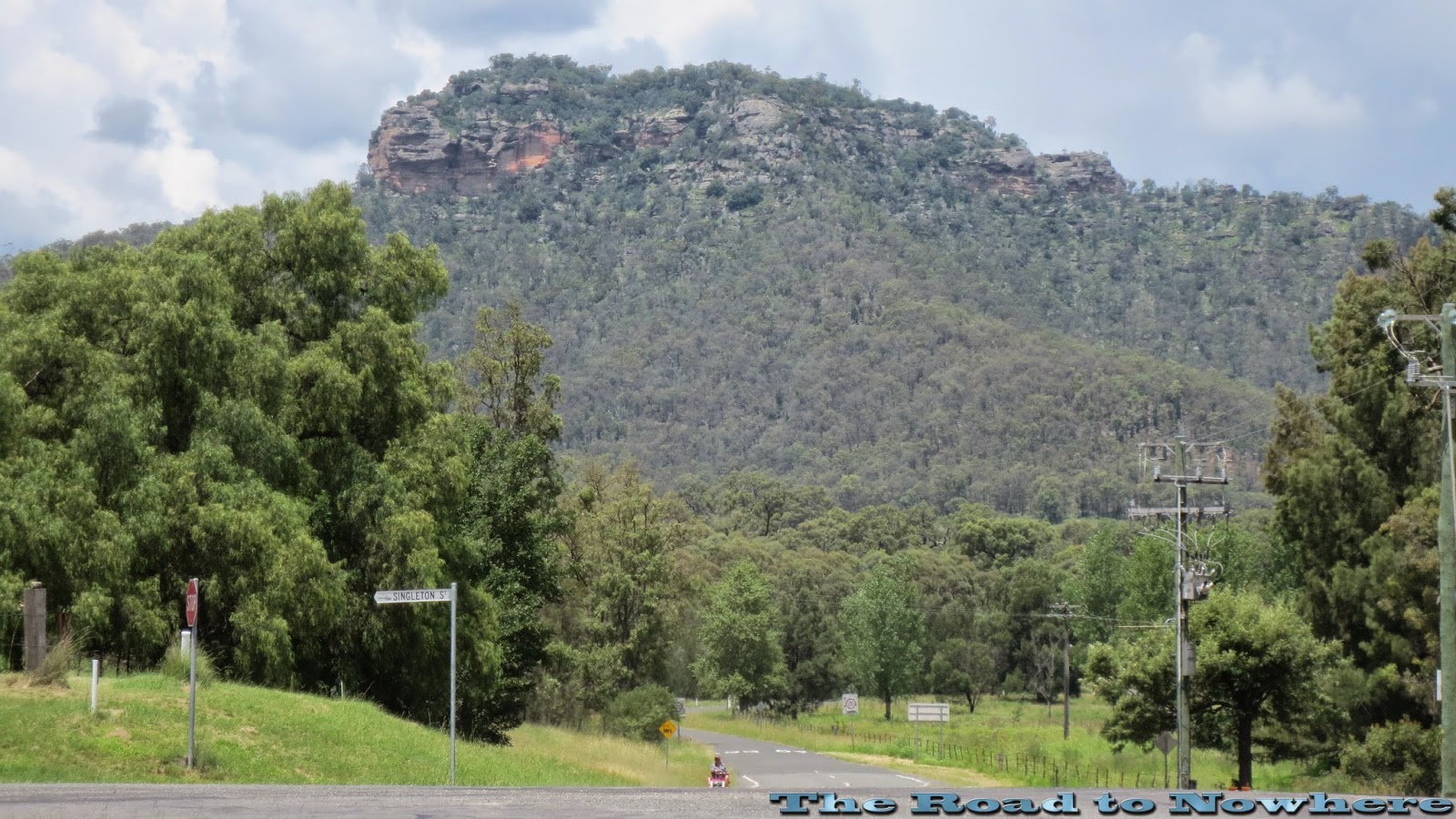 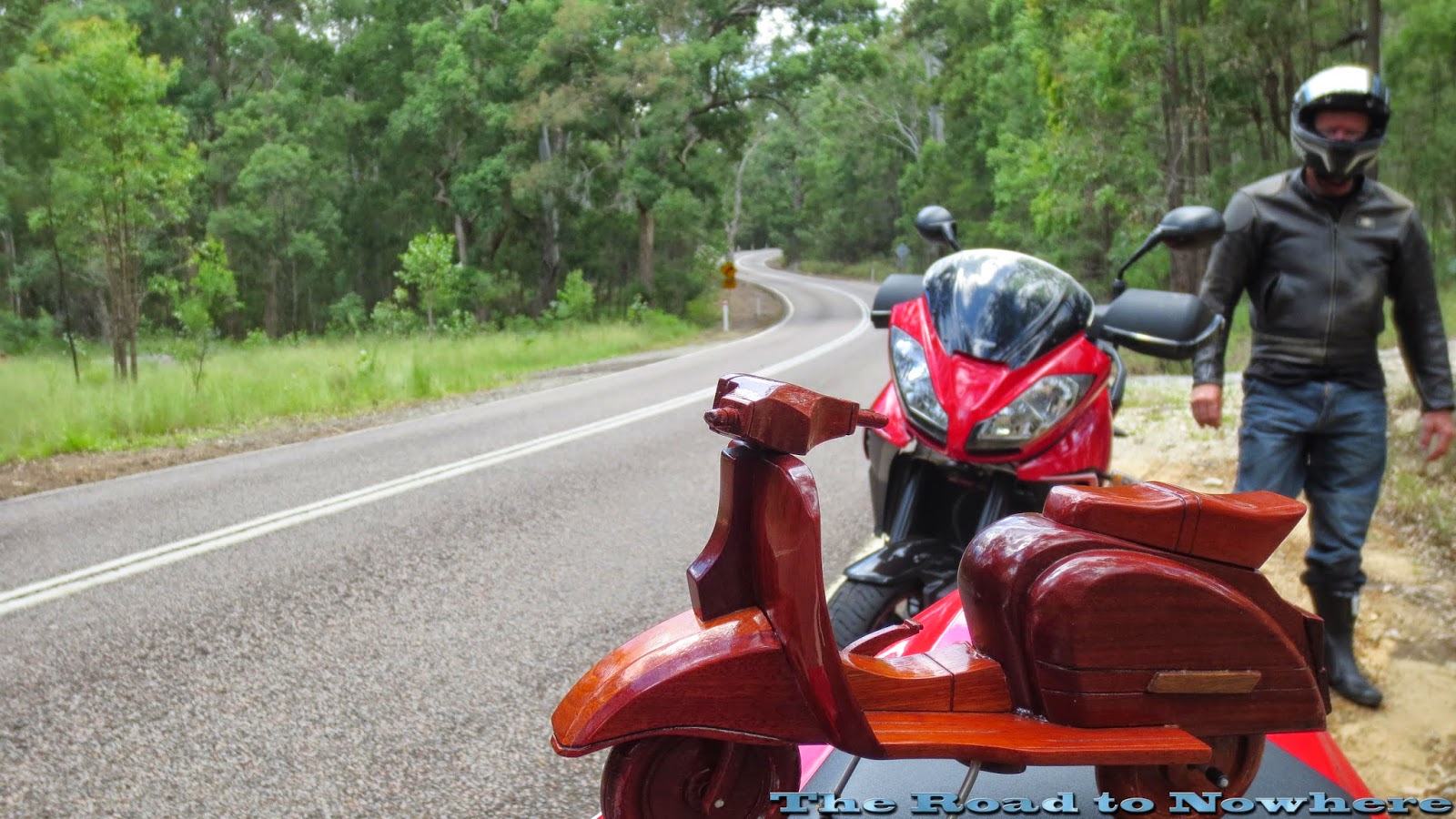 Yet another fun day out showing scooterbob the sites of this big wide land of ours. It will soon be time for scooterbob to continue his journey around the world and head off to New Zealand to continue his down under tour before heading back to the northern hemisphere. Maybe one more trip out.

Stay tuned for more amazing adventures of scooterbob as he slays the streets of Sydney.....