On my travels around this big country that I call home I have encountered many roads signs that sometimes I have found to be humorous for one reason or another. There is nothing really wrong with any of the signs per say, just more or less my warped sense of humour just trying to take the mickey out of anything and everything. If any of my fellow bloggers have found any road signs to be funny any where, post them up so we can have a look.

The first one is on one of my favourite roads the Putty Rd. I took this photo years ago when I had my CBR 600. I thought it funny enough to stop for a photo which back in those days I did not take many photos. The creek name doesn't need anymore explanation...... 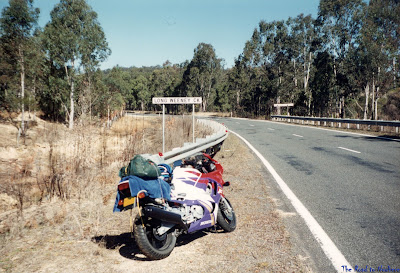 I noticed that these signs are no longer there. Looks like someone else liked them enough to stop and take them.
The next one was taken in Tasmania on Elephant Pass Rd headed up towards the Mt Elephant Pancake shop. Large vehicles really do sound horn, especially when they have loud pipes on them. Does this also go for large motorcycles? I think my R1 sounds pretty horn...... 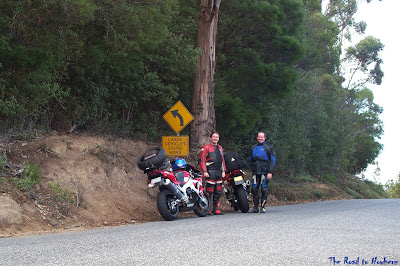 The next one is only a couple of Km's from the last one on the same road at the Mt Elephant pancake shops car park. Not so much a road sign as a no parking sign. 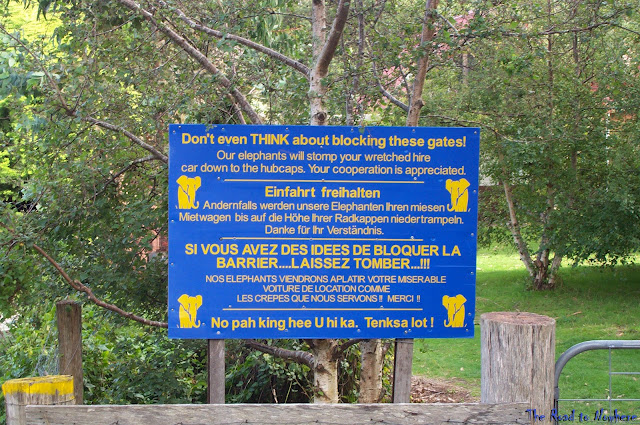 The next one is one of my favourites when on a winding mountain road. What it actually means compared to what I think it means are two very different things. 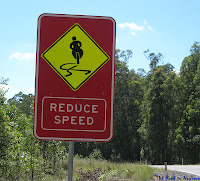 This one is apparently some sort of warning to motorcycles that the road ahead is slippery or has loose surface and to slow down. Really!
How come then these are not sign posted where they throw gravel all over the road after they do road works? They only seem to appear on twisty roads which is the only purpose I'm there on a motorcycle in the first place. 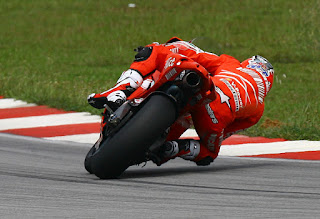 In reality what it really means is motorcycles are having some fun doing the one on the right. As Jules would say laying some Tar snakes. So keep that slow 4 wheeled piece of shit the f#@k out of the way. Yes I know the road isn't a race track blah blah blah, but sometimes you just have to have some fun. Besides it's controlled fun. You all know it is, don't try to deny it!

The next one I find amusing as well because it just defies all logic know to mankind. What kind of imbecile with a 4th grader education came up with this one. 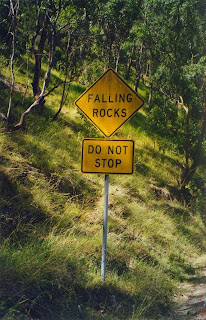 Falling rocks do not stop. That's crap, yes they do. They fall down then,  they stop when they hit the ground. Even a child would be able to tell you this fundamental fact.

Well that's it for the moment until I see any others and then I'll post them up again.
Posted by Chiller at Friday, June 01, 2012