Today Bushpig and myself headed out to see the formula xtreme super bikes at Eastern Creek Raceway. And what a great day it was too, being about 23°C and perfect riding conditions. The previous day saw some rain which brought out the wet tyres for the teams. We saw some of the wet tyres as per below being an unused tyre however there were lots we saw that were very cooked with big balls of rubber hanging of them. 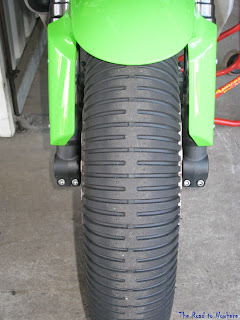 Strolling along pit lane their were lots of bikes to look at, riders and pit crews to talk to. We stopped at the KTM garage and spoke with them. What a great bunch of blokes they were. Very friendly and answered all our questions and generally were fantastic guys. The young guy was very focused on what he was doing going through his race plan, he had his race face on well before going onto the track. 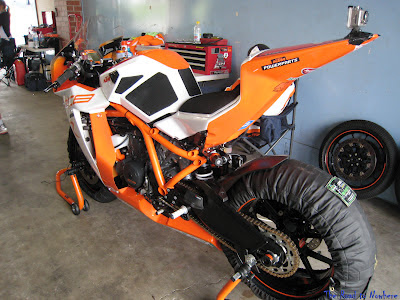 We visited the factory racing Yamaha truck to see the race bikes. Kevin Curtain was just leaving out the back as we got there. Dam maybe next time. For those non Aussies Kev is an Aussie racing icon having raced for years in super sport and super bike events both nationally and in international circles. 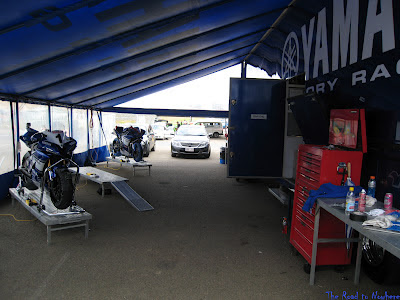 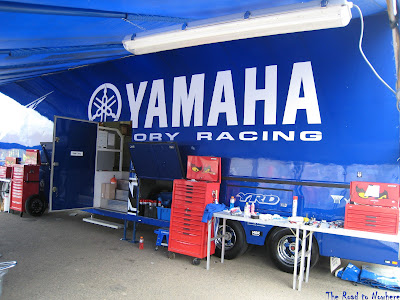 The Yamaha race truck and support setup was very professional. I have to buy myself a new t shirt since I haven't bought one in so long. 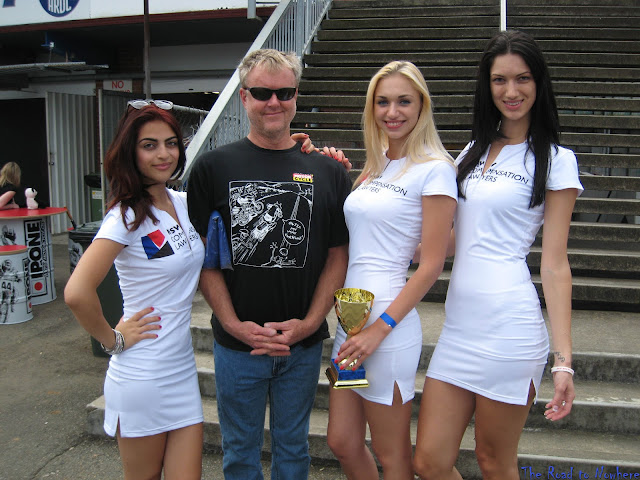 Bushpig with some of the grid girls, yes they were very nice if I do say so myself. After this it was time to hit the corporate box for some beers and to relax a little.

And yet another gratuitous picture with another hot grid girl. arrrrggggggghhhhhhhhhhhhhhhh.

Oh and to the organisers at Australian Super bikes a big fuck you. 3 rounds at Philip island, and a round at Northern Territory and Western Australia and 2 in Queensland but no round in Sydney, NSW. Hello, Sydney is the biggest city in this country with lots of bike riders and an international racetrack in eastern creek and you can't be bothered having at least 1 super bike round here at eastern creek. Shame on you. Roll on Formula Xtreme.
Posted by Chiller at Sunday, March 18, 2012