I started 2 weeks annual leave on Friday and I wanted to get out on ride before we go on our family holiday to Fiji. A quick ring around revealed everyone else was a soft bastard and couldn't come for a ride on Sunday so I started to plan a day trip. Initially I had grand plans of a massive day ride starting very early and encompassing about 750Km, but the more I thought about a ride of that size on my R1 the more I thought about the end of the day on a ride like that and how I would be feeling after riding for that long, and then my motivation to go on a ride was at an all time low before I even started. I'd also been offered to go to a party with free beer. Do I go riding or go for a beer? Motivation for ride = low, motivation to drink free beer = high. How to fix it.

The only fix for that I guess is a short ride. Yes that's it, a short ride to motivate me and if i planned it right I could be home for lunch and possibly the free beer. There are plenty of good short rides around Sydney.

I got up early this morning and headed off just after 7am, yep that's early for me especially seeing its a Sunday and I'm on holidays. My wife thought that there was something wrong I was up that early. I headed out towards Wisemans Ferry with the plan of making a loop around and coming back via the Old Pacific Hwy. 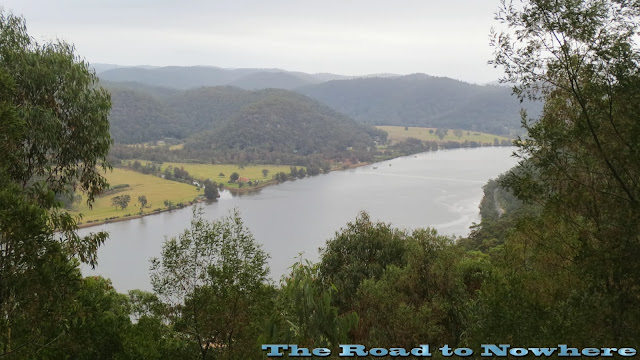 I stopped in at the Lookout over the Webb's creek Ferry. The Ferry was going back an forth as I took some pictures. It turns out that I had the lookout to myself too early for everyone else as well. Good for me though as the roads were empty.

The road down into Wisemans Ferry township is a cracker as it follows the ridge line which overlooks the Hawksbury River as it winds it way down from the Plateau like hills to the base of the river. I was quite surprised that there were no other bikes here this morning, as this is a popular bike ride. Probably to early for most I fear. There are a couple of sharp turns at the end of this road as it enters the town like this 180° bend below. 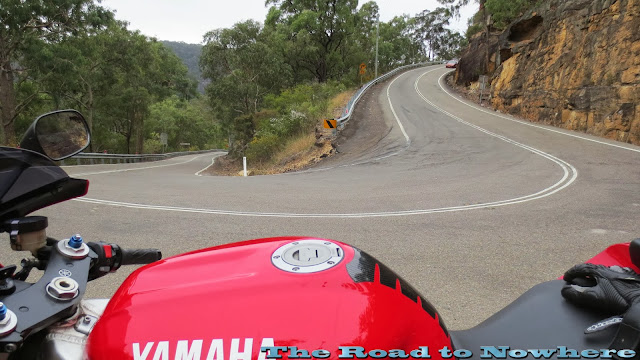 I didn't have to wait long for the Ferry as it was half way across when I pulled up and a couple of minutes later I was riding my bike onto the front of the ferry for the ride across the river to another road that winds it way along the River. On one side is large sandstone cliff faces and on the other is the river with the road winding through lush countryside. The road here is a little narrow and can be pretty rough in places but is good fun all the same.

I have not been along here for a couple of years and I knew that the road along here was fairly rough on previous trip and was wondering whether it would be any better. It didn't take long to realise that there had not been much work done on the road, but there were a couple of new hot-mixed bends and a new bridge along here. The scenery along this section of road is pretty spectacular and worth the ride alone just for that. 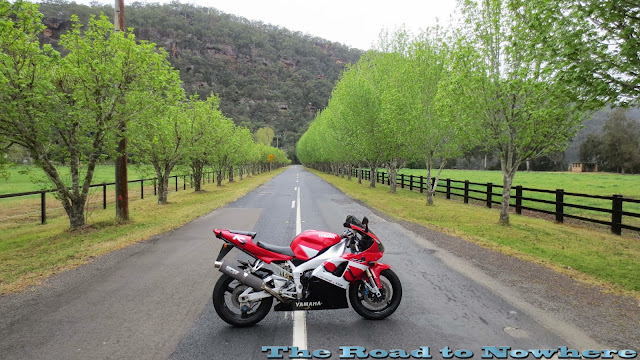 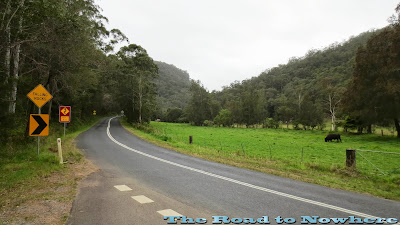 Soon I had turned back onto Peat's Ridge Road and headed back down towards the Old Pacific Hwy. I love some sections of this road. It has some exception twists and turns but has the negative effect of being highly policed. Although I didn't see any today thankfully. I decided that it was time for a coffee and stopped in at the reopened Road warriors cafe. There were a few bikes in here this morning and the coffee hit the spot just right. 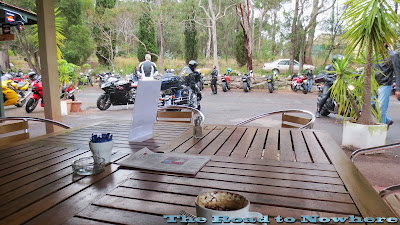 Soon it was back onto the road for some more sweet bends. My two favourite sections of the old pacific hwy are the section between Mooney Mooney Bridge and the Peat Ridge intersection and the other is the part after the road warriors cafe heading towards Pie in the Sky where it becomes duel lane whilst winding up the hill. That section is fantastic. 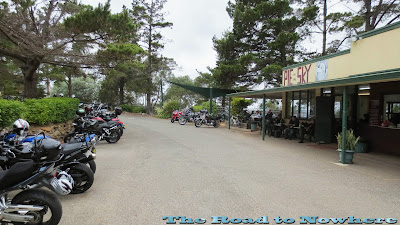 I stopped in at Pie in the Sky and bought a drink as I was a little thirsty after the coffee. There were a few bike in here too but not as many as I thought there would be, probably due to it looked like it was going to rain. A shower had passed through some time before I came through here but the road was dry along this section of road. I watched the bikes coming and going out the front of the cafe. Its a great place to sit and have a refreshment and watch bikes go by, as the cafe is right on a bend. You need to be careful entering and leaving the place that's for sure. A rider was killed out the front of the Cafe a few month ago. You can see the cross on the side of the road in the photo below as a reminder to take it easy along here. 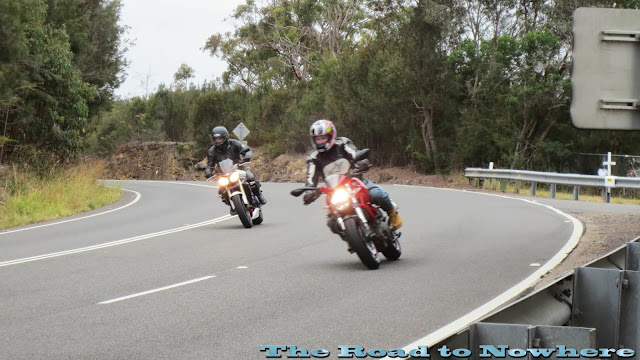 Not long after this it was time to head home, but the fun didn't have to end just yet as I decided I'd ride through Galston Gorge on the way home. Its always good for a bit of a blast. I didn't see any cars until I got right to the bottom near the bridge.

All in all a great short ride and I was home by lunch time. But I wasn't that interested in lunch. I quickly opened up the fridge and pulled out a James Squire 150 Lashes Pale Ale. Its an excellent beer and I highly recommend them. What better way to finish off a ride than with and icy cold beer. Cheers thanks for reading. 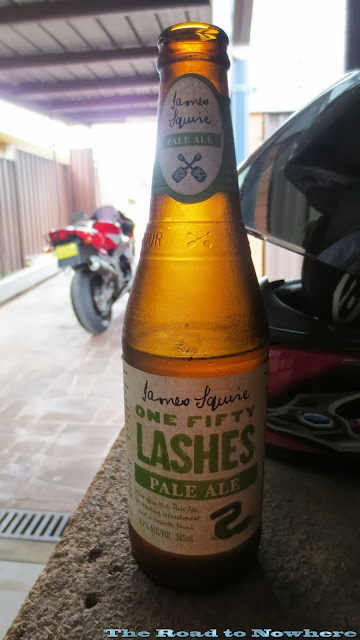